“My neighbor, friend, and one of the wisest, most talented and kindest people I’ve ever met, Philip Baker Hall, died peacefully last night. He was surrounded by loved ones,” Hall’s friend and Los Angeles Times reporter Sam Farmer shared on Twitter. “The world has an empty space in it.”

Having not started acting until age 30, Hall first guested on myriad TV series such as Good Times, Man From Atlantis, M*A*S*H and Quincy ME, before landing a role in the 1987 prison drama Mariah. He also appeared in multiple episodes of Family Ties, Falcon Crest, Civil Wars, The Practice and Seinfeld (as library cop Lt. Joe Bookman).

In 1997, he was cast in David Caruso’s short-lived NYPD Blue follow-up, Michael Hayes, followed by an arc on Pasadena, episodes of Everwood and then Fox’s 2006 workplace comedy The Loop. 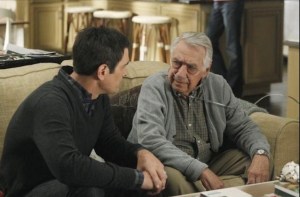 In more recent years, Hall has popped up in episodes of Curb Your Enthusiasm, Modern Family, Second Chance (fka The Frankenstein Code) and the 2020 Netflix thriller Messiah.

On the big screen, Hall was a part of the SAG Award-nominated casts for Magnolia and Boogie Nights, while his other film credits included Paul Thomas Anderson’s debut feature, Hard Eight, The Sum of All Fears, The Rock and Dogville.