In a year when many awards voters saw their films on television and not in theaters, Netflix’s “The Power of the Dog” dominated predictive Oscar precursors: the Directors Guild, BAFTAs, and the Critics Choice Awards. But Jane Campion’s twisty ’20s western did not take them all.

Apple’s “CODA” has now won two powerful guild awards that could presage how Oscar members will vote: the Screen Actors and the Producers. Like “Parasite” in 2020, the SAG Ensemble award for “CODA” signaled widespread support for a low-budget indie, which broke out big at digital Sundance 2021 and generated interest from multiple buyers before AppleTV+ cleared the table with a $25 million buy.

With this pivotal win, “CODA” is now positioned to take home all three of its possible Oscars: Troy Kotsur in Supporting Actor, Sian Heder for Adapted Screenplay (who will likely win the WGA on Sunday), and Best Picture.

“CODA” winning the top PGA film award — which shows how a movie can move up the ranks with a preferential ballot — gives the heartfelt family drama a serious momentum boost just as Oscar voters fill out their ballots (which are due Tuesday).

That does not guarantee a Best Picture Oscar win. More often than not, the two awards match up. But in recent years, “The Big Short,” “La La Land,” and “1917” won the PGA but not the top Oscar, while Oscar-winners “Spotlight,” “Moonlight,” and “Parasite” did not score the top PGA nods.

“CODA” is popular, and its story of a New England deaf family’s resilience under duress is resonating with mainstream awards voters. That’s key. Both SAG and PGA are more mainstream than Oscar voters, who went highbrow with this year’s nominations, including Guillermo del Toro’s hardboiled noir “Nightmare Alley” and three-hour Japanese Oscar entry “Drive My Car” among the top 10. (The PGA went with “Being the Ricardos and “Tick, Tick, Boom.”)

Along with the writers and actors, the more mainstream branches of the Academy most likely to vote for “CODA” are the executives, producers, and publicists. And some of these voters are among those who are not necessarily rooting for disruptive streamer Netflix to win Best Picture. “CODA” is the alternative to “The Power of the Dog,” as “Green Book” was to “Roma.” 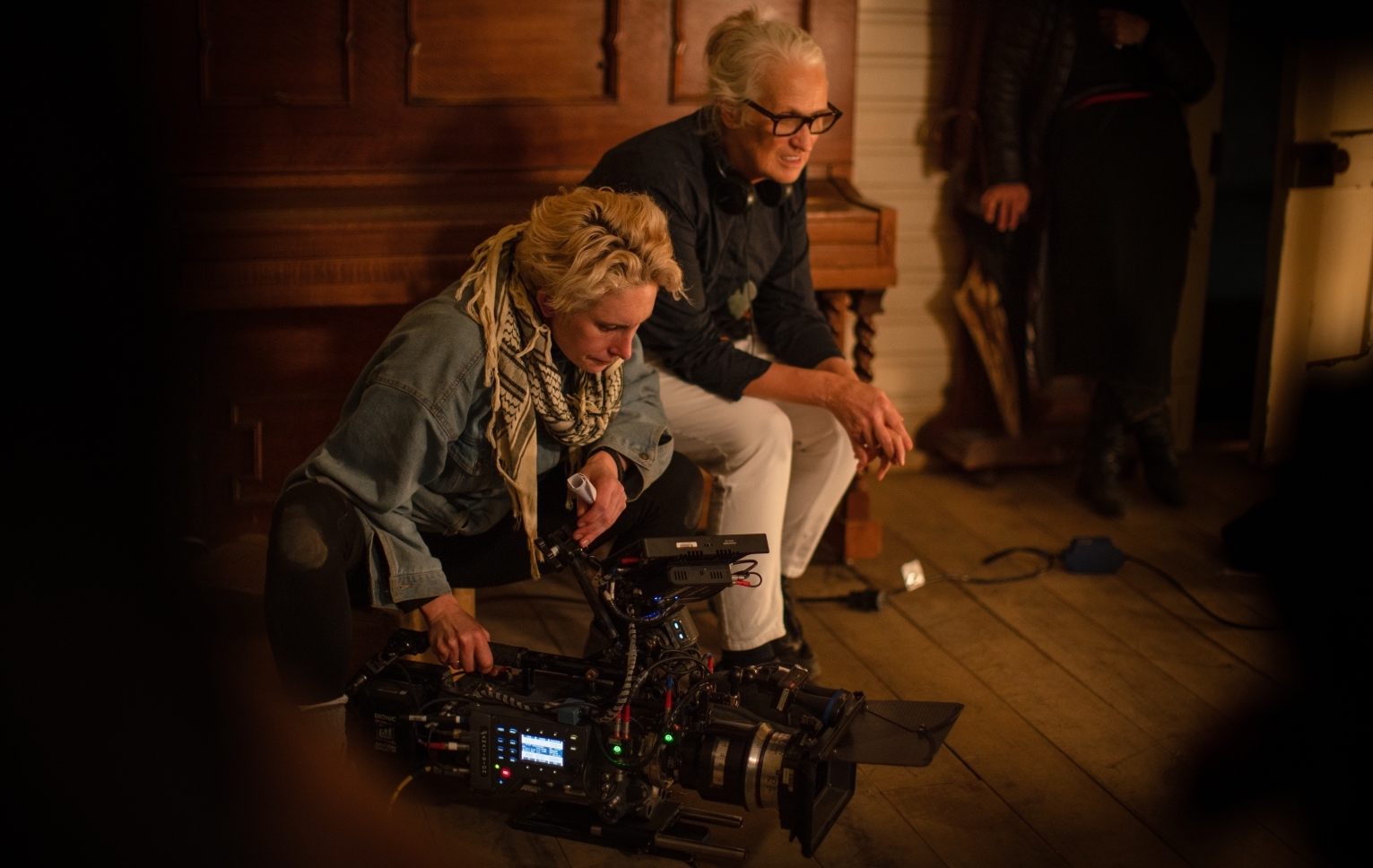 Ari Wegner and Jane Campion on the set of “The Power of the Dog.”

Support for New Zealand’s “The Power of the Dog,” which earned 12 Oscar nominations, comes from sophisticated international voters — and the crafts voters who see Netflix as an employer, not an existential threat. “Dune” (Warner Bros./HBO Max) could collect five or six tech awards on March 27.

What “CODA” is not eligible to win is Best Editing, for which the Best Picture winner is almost always nominated. What will “The Power of the Dog” win on Oscar night? Most likely, Picture, Director, and Cinematography for rising star Ari Wegner, who would be the first woman to win that honor.

Muddying the waters is Campion’s gaffe comparing herself to tennis stars the Williams sisters at the Critics Choice Awards last Sunday, which did not go unnoticed by the film industry. It’s tough to gauge how much impact it could have on voters. But if the race between “CODA” and “The Power of the Dog” is close, every vote matters. After a lengthy ceremony featuring career prizes for 90-year-old “West Side Story” executive producer Rita Moreno and Lucasfilm giants George Lucas and Kathleen Kennedy (introed by Oscar-contender Steven Spielberg), one Oscar campaigner texted: “It’s a nailbiter.”

Steady as they go, continuing its winning streak during the peak of Oscar balloting, is Searchlight’s 1969 concert film “Summer of Soul,” which won Best Documentary Feature, and Disney’s Best Animated Feature “Encanto,” featuring a battery of hit songs from Lin-Manuel Miranda.