Perfect pals we can all rely on

WE love our mates. They’ll laugh at our jokes, share a drink, comfort us when we’re brokenhearted. But are they always reliable?

Remember that time you were waiting for hours on a freezing football pitch because they’d slept through Sunday morning? Or when you fell in love with that dress and they got back to the shop to nab it first? Hmmm … 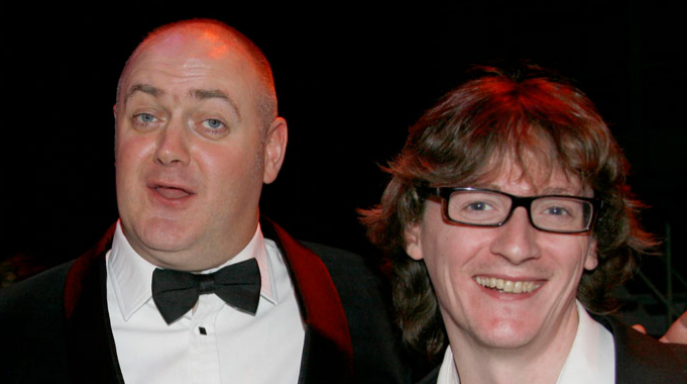 TV viewers will be used to seeing Dara Ó Briain and Ed Byrne onscreen together on Mock The Week but the wise crackers are offscreen best friends too.

They were even best man at each other’s weddings. You’d expect that as successful comedians they could rely on their speeches to be highlights of the day, but talking on Absolute Radio Byrne revealed how his mate threw him a comedy curveball. While his best man speech at Ó Briain's wedding was a hit, the groom upstaged him with ten minutes of prime stand-up. Once a comic always a comic …

Till slaying do us part 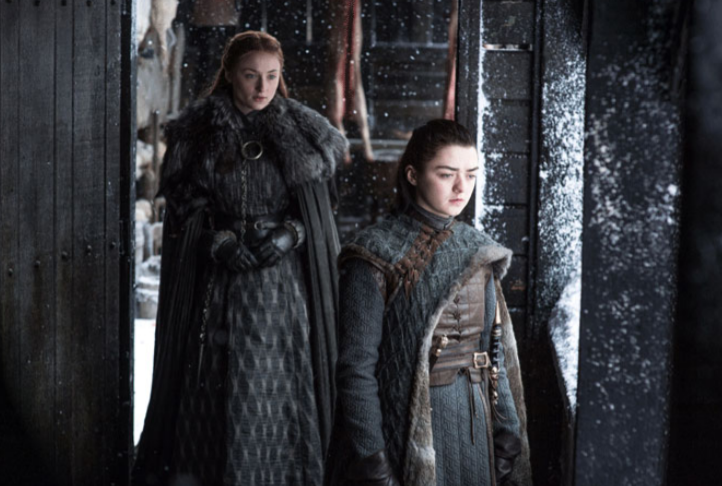 Sophie Turner and Maisie Williams – who played the Stark sisters in Game of Thrones – got so close people thought they really were siblings. Or maybe more? When they appeared on Glamour magazine's cover Turner playfully posted on Instagram: “Our first shoot as a married couple.”

The young gal pals have grown up together and supported each other through splits and other emotional traumas. Williams said of Turner: “She really helped me through some messy break-ups.”

Their bond was cemented by matching GoT tattoos, recalled Turner. “Maisie and I were like, ‘Let's get this before anyone kills us.’”

Football icons Lionel Messi and Luis Suarez got super close at Barcelona. They hung out with each other, played ping-pong and even holidayed together.

When Suarez left for Atletico Madrid this summer Messi Instagrammed an emotional tribute: “It will be strange to see you with another shirt and even more to face you.” Get a room guys.

And in 2017 Messi (and fiancee Antonella Roccuzzo) generously picked up his team-mate from the airport in his Porsche when Suarez arrived back in Barcelona after representing his native Uruguay in South America. Who needs a cab service with reliable mates like that? That's what we call friendship goals.

After Bob Mortimer had a triple-heart bypass in 2015 he didn’t want to go out. But then Fast Show friend Paul Whitehouse persuaded him to go fishing. Not only did their riverbank exploits spawn the hit series Mortimer & Whitehouse: Gone Fishing, but, more importantly, it cheered Bob up. “Paul got me out of the house, and he was so right.” Bob brightened up, they had a TV hit. Net gains all round.

The long and the short of it 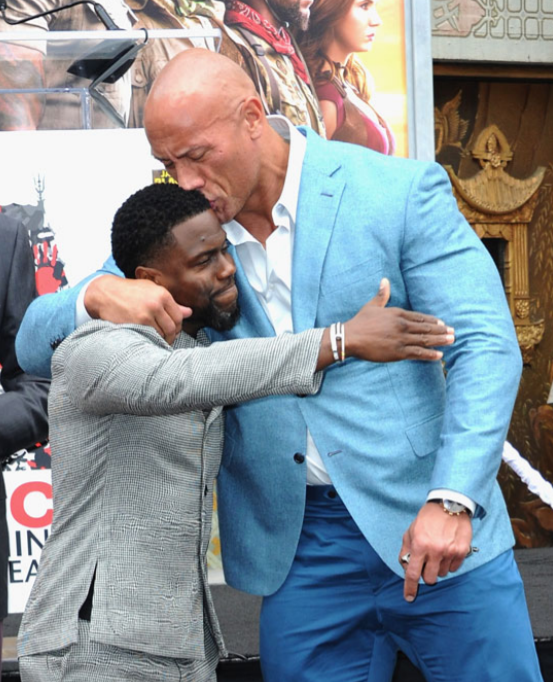 Dwayne Johnson, 6ft 5in, and Kevin Hart, 5ft 4in and a bit. These superstars have never let size get in the way of their mutual devotion. But while they are always there for each other,

The Rock cannot resist mocking Hart's stature. In 2018 Johnson posted a picture of his newborn daughter on Instagram – then photoshopped Hart’s face onto her body so that it look as if he was cradling a mini-Kevin Hart. Only joking mate! Oh, and by the way, that cheeky post got over seven million likes.

The food of love

One of the brilliant things about Twitter is how it can help people in unexpected ways. In 2014 comedian Chris Ramsey was travelling to Newcastle on a train and became peckish. After creating the hashtag #pizzaonatrain he pulled into Doncaster and a man from the local Domino’s was there on the platform brandishing a meatball and pepperoni special.
After the hashtag went viral the stand-up tweeted: “You were awesome tonight Twitter. Next I’m going to do #ChickenOnAJetski.”

Well, as they say, with comedians it’s all about the delivery.

A happy ending in the script?

Ever wondered why Owen Wilson pops up in so many Wes Anderson films? The actor and director have been best buds since they were roommates at the University of Texas in Austin more than 30 years ago.

Anderson’s debut film, Bottle Rocket was written by the pair and inspired by a hapless real life caper when, as students, they attempted to get their landlord to fix their rundown apartment by faking a burglary. He didn’t believe them and confiscated goods in lieu of rent. Still, it was the start of a beautiful cinema partnership.