Peaky Blinders Easter Eggs: Did you spot these hidden messages in the season 5 sets?

Peaky Blinders had started working on the next season of the BBC One drama when it was forced to temporarily shut down due to the coronavirus pandemic. The makers of the show revealed the title of the first episode will be called Black Day but little else has been revealed about the series. A release date has not yet been announced for the next lot of episodes but will be delayed thanks to the ongoing lockdown.

In the latest series, Tommy Shelby (played by Cillian Murphy) found out The Garrison pub barman Micky Gibbs (Peter Campion) had betrayed the Peaky Blinders, leaking information to the new rival Titanic Gang in London.
This led to Tommy shooting Micky in the head and burning his body before the gang was about to get ready to assassinate MP Oswald Mosely (Sam Claflin).
However, everything didn’t exactly go according to plan as someone had tipped Mosley off that he was in danger and left the rally before anyone knew he was gone.
The series was left with Tommy feeling frustrated and suicidal as in the final scene he was screaming while pointing a gun at his own head.
Fans will just have to wait for season six though to find out if he did pull the trigger. 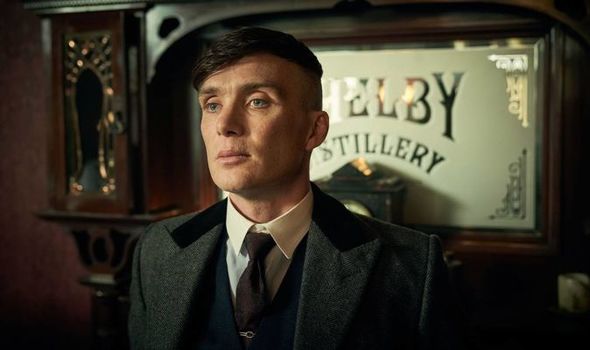 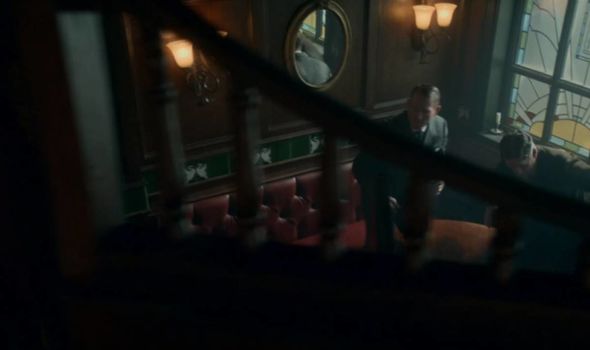 Production designer Nicole Northridge and set decorate Jonnie Mead opened up to Den of Geek last year about how they managed to weave the story of Peaky Blinders into the set themselves.
Mead said: “Our aim is to create something visually stunning that people don’t actually really notice.”
The iconic sets play a massive part in the atmosphere of the dramatic series and so it was up to both Northridge and Mead to make the background memorable but not an obvious distraction. 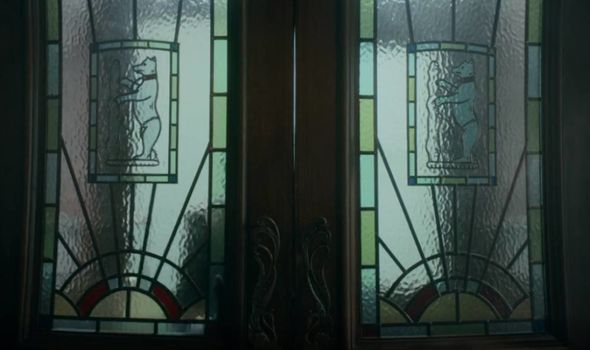 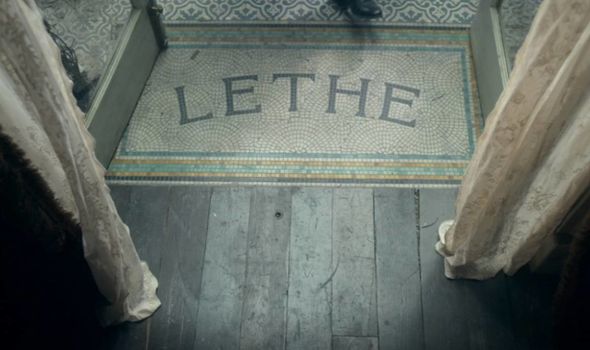 Did you spot these hidden messages in the season 5 sets?

One of the motifs used throughout season five is the image of the swan.
Eagle-eyed fans will remember seeing green tiles with a pair of white swans in the Garrison Tavern, as well as an abstract swan on a plaque at the pub as well as swan-shaped foot platters at Tommy’s house before the Swan Lake ballet performance.
The swans represent Grace Shelby (Annabelle Wallis), Tommy’s wife who continues to haunt him after her death in season three.
Mead said: “The swan was the motif for Grace this year.
“Grace is calling him home, saying. ‘Come and be with me’.
“It’s pretty chilling with the swan being such a beautiful, iconic animal, that it’s a metaphor for Grace and Tommy’s suicidal thoughts.”

DON’T MISS…
How the real Peaky Blinders’ reign of terror was ended by police [REAL LIFE]
Peaky Blinders: Why did Joe Cole leave series for Gangs of London? [CAST]
Peaky Blinders season 5 ending explained: What happened at the end? [EXPLAINER]

Another nod to Tommy’s past is the stained glass windows at the Garrison pub.
The image on the windows is a standing bear and a ragged staff which was the symbol of the army regiment the Warwickshire Yeomanry, that Tommy belonged to in the First World War.
Northridge says they wanted the windows to “represent something that was close to Tommy”.
The set of the Garrison pub was new for series five and came with the windows which are a traditional design for 1920s pubs in Ireland.
The design of the windows was also kept to reference the Dublin and Cork backgrounds of Cillian Murphy, Northridge and director Anthony Byrne.

There is even a small detail in regards to where Alfie Solomon (Tom Hardy) is now in his life.
On the floor of Alfie Solomon’s apartment, there is a tiled mosaic of the word “Lethe”.
In Greek mythology, this is the river of oblivion in Hades’ underworld and is meant to symbolise Alfie’s status of returning from the dead after Tommy shot him in the head at the end of season four.
Northridge said: “Alfie is in purgatory effectively, he’s in a state of stasis. He’s hovering between life and death.
“I wanted a sense of entrapment. Even the paintings and pictures on the wall had a sense of decay.
“It was a room that was once splendid and grand and now it’s really frayed. “Lethe also means concealment and forgetfulness, so it’s almost as though Alfie’s trapped in the room that time forgot.”
Peaky Blinders season 5 is available to watch on BBC iPlayer.