Paddy heartbroken as he finds out about Chas and Al’s affair in Emmerdale? 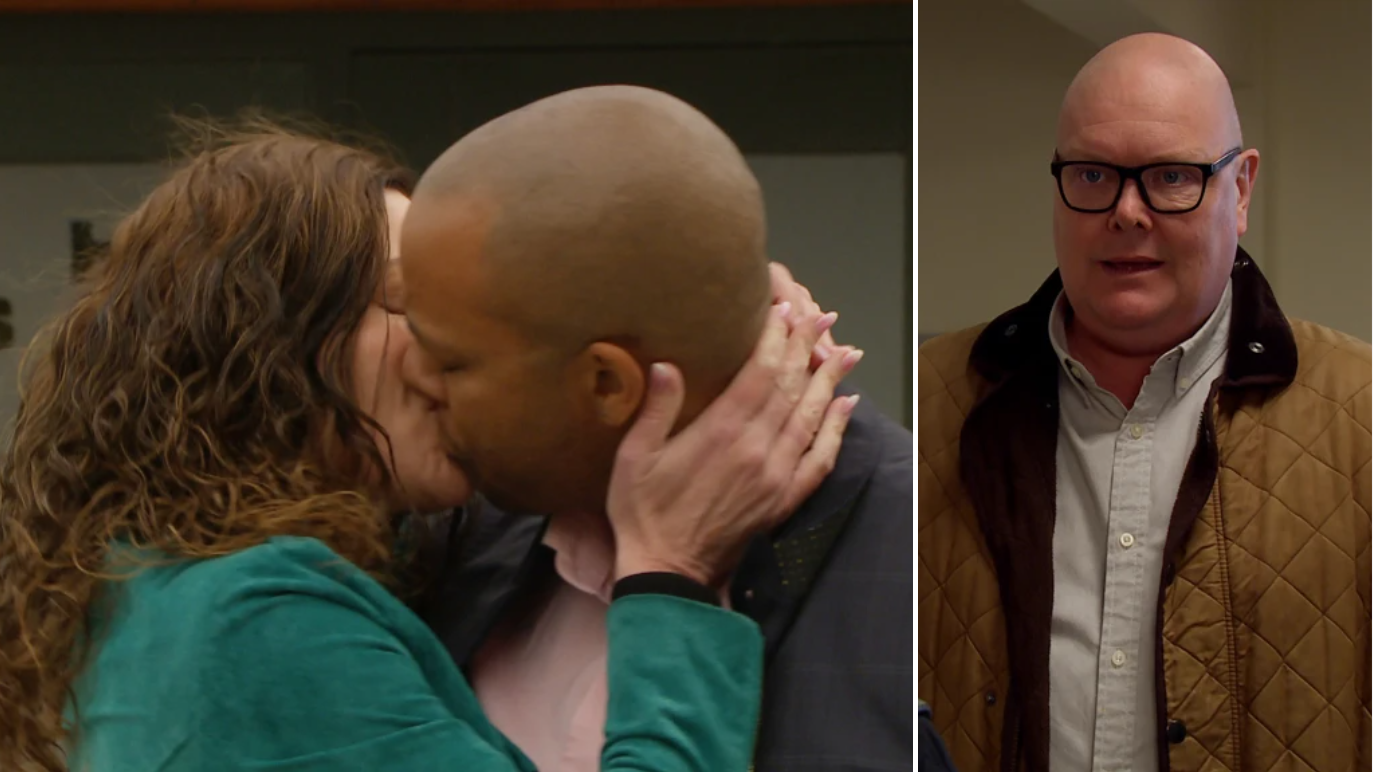 ITV has unveiled the highlights of its new autumn programming, and it looks like there might be heartbreak ahead for one of Emmerdale’s most beloved characters, Paddy Kirk (Dominic Brunt).

So far, Paddy has been oblivious to the fact that his wife Chas (Lucy Pargeter) takes every opportunity to meet up with her lover Al Chapman (Michael Wildman) for liaisons in the woods, hotels, and anywhere else they can get away from their respective partners.

Chas’s world has been rocked by her mum Faith (Sally Dexter)’s terminal cancer diagnosis, and her own special way of handling her grief has been to seek solace in the arms of hunky-yet-horrible Al Chapman, formerly her family’s sworn enemy.

While the affair has perhaps brought out a more sensitive side of Al, viewers are in no doubt who their sympathy is with. Chas’s husband Paddy is one of the genuinely nice characters in the village. He’s kind, patient, funny, lovable – ‘a soft-hearted, gentle human being’ in the words of Mark Charnock who plays Paddy’s best friend Marlon – and he adores Chas.

‘Al Chapman is seemingly offering her the escapism she’s craving in the form of a reckless affair,’ says an ITV spokesperson. ‘With her feelings for Al growing stronger by the day, will loyal hubby Paddy have his heart broken?’

As well as Paddy’s heart being broken by discovering the affair, which would be devastating enough, there’s also a clue that Cain (Jeff Hordley) is going to find out about his sister’s affair. ‘How will her headstrong brother Cain react should he realise she’s in bed with his arch nemesis?’ teases the ITV spokesperson.

Even though it wasn’t long ago since Al saved Cain’s life, expect that to be brushed aside when Cain finds out what’s been going on. Nobody messes with Cain’s family and expects to get away unscathed.