Ahead of the 72nd Primetime Emmy Awards next month, Ozark fans had been eagerly awaiting to see if their favourite crime drama would receive the recognition it deserved. And it’s fair to say the Netflix show certainly caught the eye with 18 nods but still none for season three newcomer Tom Pelphrey, who blew fans away in the role of Ben Davis.

Ben (played by Pelphrey) was undoubtedly one of the biggest stars of Ozark season three following his introduction at the start of the series.

In no small part down to Pelphrey’s brilliant performance, Ben pulled on viewers’ heartstrings as well as leaving them on the edge of their seats throughout.

Ben’s journey left fans in tears thanks to his romance with Ruth Langmore (Julia Langmore), turbulent relationship with sister Wendy Byrde (Laura Linney) and heartbreaking demise at the hands of Nelson (Nelson Bonilla).

Add to the mix one of the Netflix series’ most intriguing and memorable moments in the form of a monolgue delivered by Pelphrey in the back of a cab, and the actor looked set for awards glory. 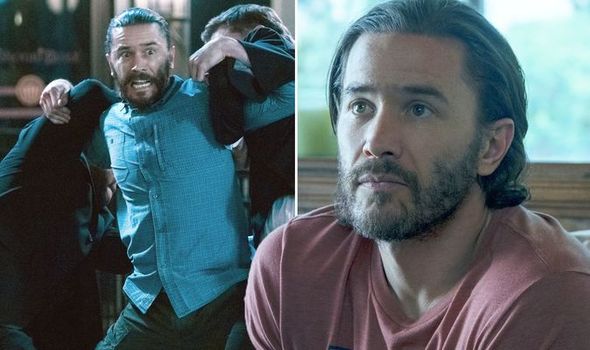 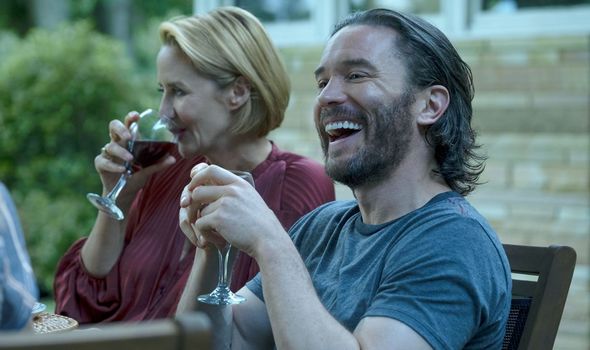 Sadly, that hasn’t been the case as Pelphrey has missed out on a nod for Outstanding Supporting Actor in a Drama Series.

The category is jam-packed with talent, with the likes of The Handmaid Tale’s Bradley Whitford, Better Call Saul’s Giancarlo Esposito and three stars of HBO’s Succession dominating the pickings.

But that’s little consolation to Ozark fans who have made their feelings known about Pelphrey’s omission, with some labelling it a “stitch up” and “outrageous”.

Taking to Twitter, one fan vented: “tom pelphrey as ben in season 3 of ozark is one of the most accurate portrayals of mental illness in television and the fact that he didn’t get nominated for an emmy is outrageous.” (sic) 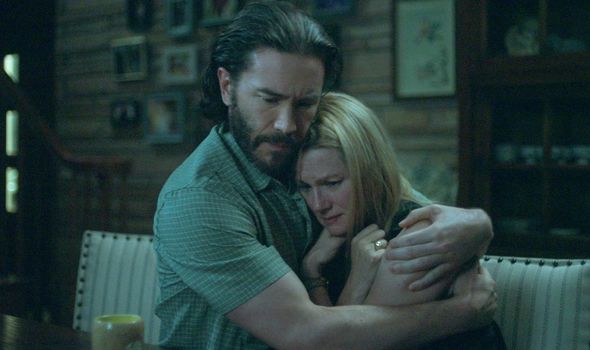 A second agreed: “Just seeing that Tom Pelphrey didn’t get nominated for an #Emmy for his work on #Ozark – what a stitch up.”

“The fact that Tom Pelphrey didn’t even get NOMINATED for an Emmy for his work as Ben Davis, is disgusting and pathetic, and proves those awards don’t mean s**t,” said a third.

Another fan quizzed: “How in the hell was Tom Pelphrey not nominated for a Emmy for his performance in Ozark season 3?”

While a fifth weighed in: “Tom Pelphrey being snubbed by the Emmys for Ozark is a national travesty.”

Ozark fans may not have taken Pelphrey’s snub well but the actor wasted no time in speaking out after the nominations.

And it seems there are no hard feeling from the 38-year-old who took the chance to congratulate the cast and crew who did receive nods.

“Thank you all for the birthday wishes…” Pelphrey began on his Twitter page.

He comntinued: “And truly over the last few months thank you for all the Ozark love.

“Congratulations to all of my incredible colleagues on their nominations… I was proud to be a part of your story. #Ozark #Emmys2020 #Netflix.”

Pelphrey shared the tweet alongside a sweet selfie with co-star and on-screen sister Laura Linney.

With Ben’s death seemingly sealed in the final moments of Ozark season three, it looks unlikely Pelphrey will get another chance to land an Emmy nod for the role.

But in the world of Ozark, stranger things have happened – so could a return from the dead be on the cards?

Ozark is available to stream on Netflix now.

Mountain Monsters Season 7 release date: Is show coming back on and when will it return? (2020 update)

Days of our Lives spoilers: Fan favorites return to shake up life in Salem for the holiday season

Lori Loughlin's Daughters Are Struggling with Her Jail Sentence: 'It's a Nightmare,' Source Says
Book News

‘Oak Flat: A Fight for Sacred Land in the American West,’ by Lauren Redniss: An Excerpt

Prince Philip 'full of doubts' before wedding, royal expert claims
We and our partners use cookies on this site to improve our service, perform analytics, personalize advertising, measure advertising performance, and remember website preferences.Ok