Lauren Lyle is perhaps best known for portraying Marsali MacKimmie Fraser in the Starz series Outlander. However, the Scottish actress has taken on a new role a far cry away from the period drama. The 29-year-old is currently playing detective Karen Pirie in the ITV crime series – a role she was determined to land.

Karen Pirie is a three-part cold case murder series based on acclaimed author Val McDermid’s novel The Distant Echo which has been adapted for the screen by Emer Kenny.

Lauren’s character Karen is a fearless Scottish investigator with a sharp tongue and a tenacious desire for the truth.

She is tasked with leading an investigation into the death of barmaid Rosie Duff (played by Anna Russell-Martin) who was found brutally murdered in 1996.

Suspicion fell on the three drunken male students who were discovered at the scene of the crime, claiming to have found her body. 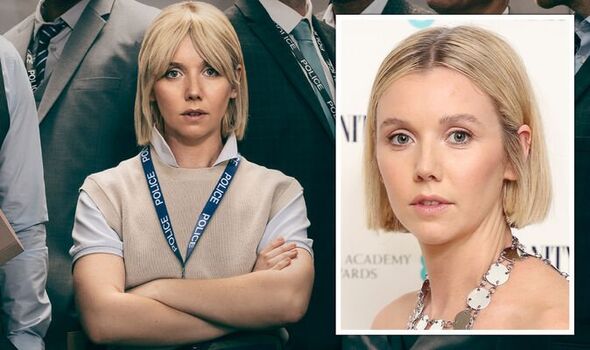 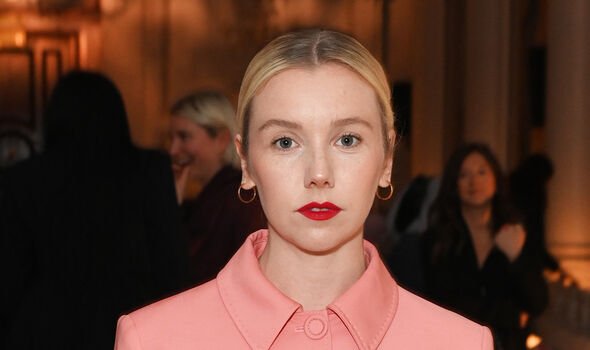 The case was reopened 25 years later when a journalist decided to make a podcast about the murder which is where Karen comes in.

Ahead of the series airing on ITV, Lauren opened up to Express.co.uk and other media about why she wanted to play the determined detective.

She explained: “I mean, it’s such an iconic thing to get to be like, an ITV British detective on screen – it is really iconic to get to do that.”

Lauren admitted she never thought she would get to play a detective in her twenties, claiming the opportunity does not arise very often. 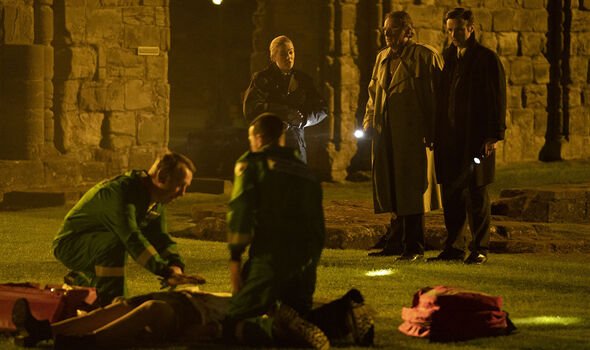 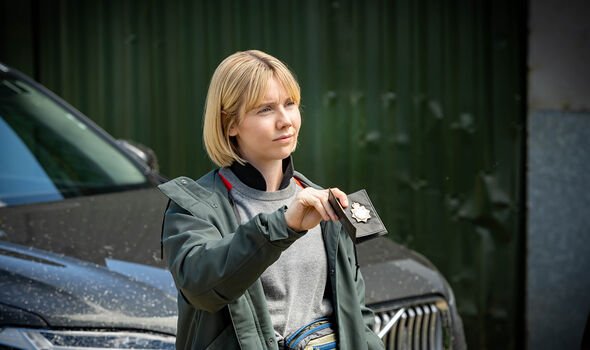 When she was reading the script, she was eager to audition for the role of Karen as they were the same age and both Scottish.

Lauren exclaimed: “When I read the whole briefing script, I was like, ‘Oh, my God, I could actually get this and I think I might be quite good at it.'”

“And, like the writing so funny, it’s so relatable,” she added. “And having Val’s backbone of a story, and then to be brought forward to all the themes that we deal with today through humour was really special.”

Each episode of the drama is two hours long and the story jumps between the past and the present as Karen tries to crack the case with her team.

But as the opening episode unfolds, someone appears to be willing to risk everything to keep the secrets surrounding the case hidden.

Lauren also addressed Karen’s “odd” personality at the press conference about the show.

“I mean, she’s really odd,” Lauren quipped. “It’s just odd as she marches around and doesn’t think before she speaks.”

However, Lauren also described Karen as “smart” and “determined” as well as “hopeful”.

She explained: “I think a lot of the detectives on-screen are quite often like down and out guys or girls, or women who have something else really difficult going on.”

Lauren said Karen is a detective ITV viewers have not seen before, adding: “I can’t name you any other mid-twenties female detective on screen.”

Karen Pirie airs on ITV, on Sunday, September 25 at 8pm.