The Battle of Culloden was a huge moment in Outlander as Jamie Fraser (played by Sam Heughan) was mortally wounded as he fought his great foe Captain Jonathan “Black Jack” Randall (Tobias Menzies). While the focus was the fight between the two men, a scene involving Lord John Grey (David Berry) sadly ended up on the cutting room floor. Outlander’s executive producer Ronald D. Moore opened up about why this poignant scene failed to make the final cut in the opening of season three which is simply titled The Battle Joined.

Why was Lord John Grey Culloden scene cut from Outlander?

The scene in question saw a young Lord John Grey (Oscar Kennedy) cradling his lover Hector Dalrymple (Jack Holden) as he died from his wounds during battle.

Lord John was deeply affected as Hector perished, kissing him as he passed away in his arms and unable to say a proper goodbye.

The youngster was dragged away from Hector by his older brother Lord Melton (Sam Hoare) to spare his family the “embarrassment” over such an open display of love, according to Lord John.

While the moment didn’t appear in the show, Lord John later recounts this tragic tale to Jamie as the two men played chess in his quarters at Ardsmuir Prison where he was serving as warden. 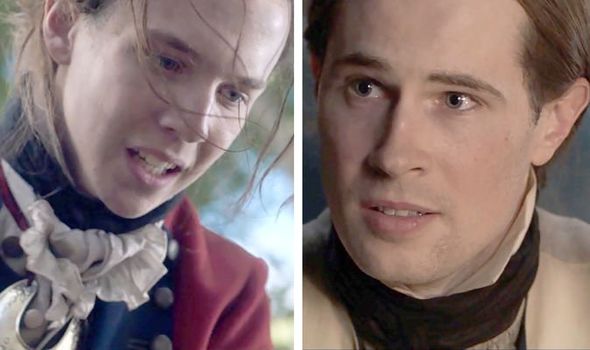 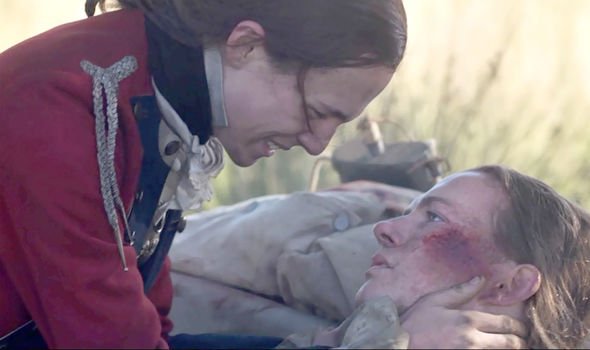 Reflecting on why this piece of Lord John’s backstory was cut, producer Moore explained: “This is an interesting scene.

“This was a scene that was originally written and shot to be in 301 in the opening episode. It’s now a flashback and in this context in the Ardsmuir Prison episode.

“Essentially, I thought, ‘Let’s show the sequence of John Grey and his particular friend Hector and the way Hector died on the battlefield and how that affected John Grey.’ I wanted that to be part of the Battle of Culloden episode.”

He continued: “But during the restructuring of that episode in the second draft, the entire Culloden experience became a flashback in a sort of impressionistic memories of Jamie’s. 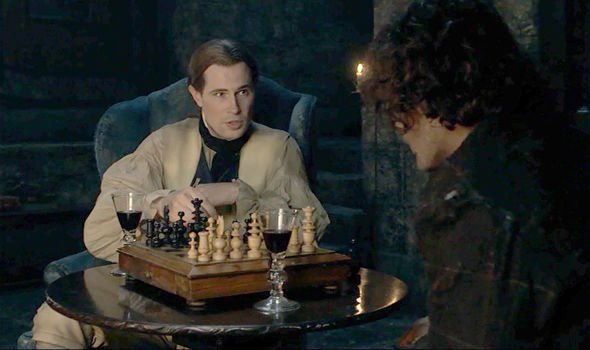 “So, a cold cutaway to John Grey’s experience didn’t work in that context any longer. However, I thought we might want to flashback to this experience at some point.

“So, we still opted to shoot this sequence as it was originally written during the filming of episode 301.”

Moore said there had been plans to use the episode during this chess scene but again, the moment was ultimately taken out of the final edit.

He said: “Then when we came to the Ardsmuir Prison episode, there was definitely a scene where John Grey was going to be talking about that experience and reflecting on it. 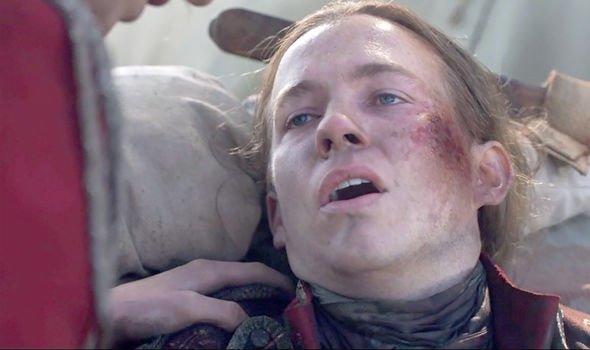 “In the original cut, we had John talk about it and then we flashback to the events and actually saw them play out.

“However, when I was watching this cutting together, it felt like it was unnecessary. The power of John Grey’s performance and him sort of narrating it, we could stay in the prison cell, we didn’t actually have to watch the events take place.”

He added on the DVD extra for season three: “So, I opted to cut the flashbacks. But they were very nicely done, so I’m glad you get a chance to watch them.”

Although the moment was lost from Outlander, there’s nothing to suggest it couldn’t be used in a Lord John spin-off series.

There is the possibility Lord John is going to be getting his own show based on the novellas and short stories following the character.

Unlike Outlander, these stories are more of a detective drama as Lord John si sleuthing and solving crimes.

The stories also give a great insight into the character, who is known to flit in and out of Outlander.