All the details about the new version, which features a male voice! 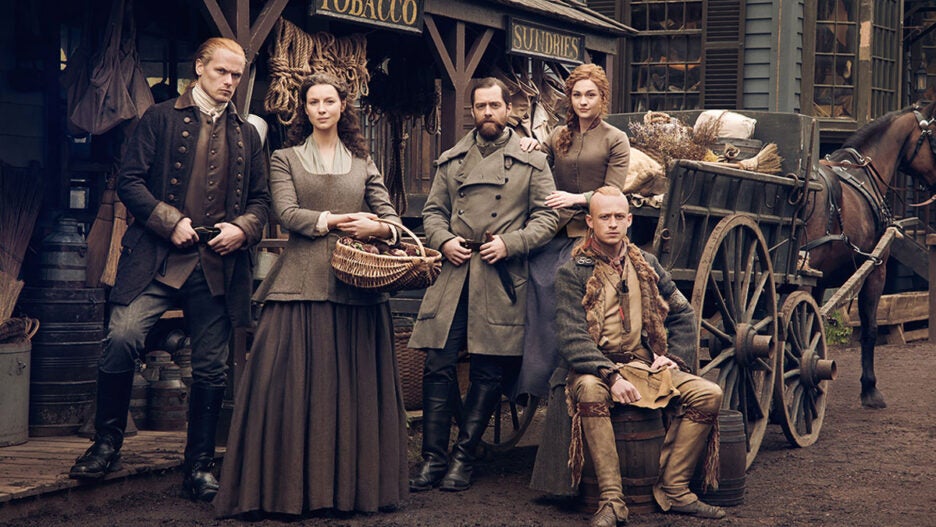 The cast of Starz’s ‘Outlander’

Droughtlander is getting closer to its end, and on Thursday, Starz helped the time pass a little more enjoyably by releasing “Outlander’s” Season 6’s main titles.

The network dropped the show’s new opening titles, which, if you watch below, are a bit different this time around.

For the first time, “The Skye Boat Song” has been arranged to include both male and female parts — quite the fitting change as the show continues to follow central couple Claire and Jamie Fraser at Fraser’s Ridge on the eve of the American Revolutionary War.

Raya Yarbrough is of course back, lending her pipes to the theme, but for the new season, it opens with vocals from Griogair Labhruidh, a Scottish Gaelic performer.

This isn’t Labhruidh’s first time singing for the show. In Season 2, “Outlander” composer Bear McCreary brought him on to sing a Jacobite anthem “Moch Sa Mhadainn” in episode 209.

He also performed on sings on Season 5 songs “The Fiery Cross” and “Lighting the Cross,” both of which appear on the show’s soundtrack.

Season 5’s opening titles were performed by a choir.

Earlier this week, Starz (with help from author Diana Gabaldon at the online event for her latest tome, “Go Tell the Bees That I Am Gone”) announced the show will return next year with Season 6 of “Outlander” premiering on the cable network March 22, 2022.

The new season will pick up where the last one left off, and will see the couple and their family and friends, “strive to maintain peace and flourish within a society that – as Claire knows all too well – is unwittingly marching toward Revolution. Against this backdrop, which heralds the birth of the new American nation, Claire and Jamie have built a home together at Fraser’s Ridge. They must now defend this home – established on land granted to them by the Crown – not only from external forces, but also from the increasing strife and conflict in the community within their care,” a logline from the show read.