Outlander fans have witnessed a number of horrific events occur over the years. Claire Fraser (played by Caitriona Balfe) in particular has endured quite a few harrowing events since she travelled through time. From kidnap to capture, Claire has been forced to get through many problems.

One of the most dramatic came in the first half of season three, when she was staying at a brothel.

In season three, episode seven – titled Creme de Menthe – Claire is awoken with a shock as a man is stood at the foot of her bed unbuckling his belt.

As the man moves to attempt to assault her, Claire grabs a knife to fend off the assailant.

However fans have noticed a blunder during this exchange, and it has to do with Claire’s weapon of choice. 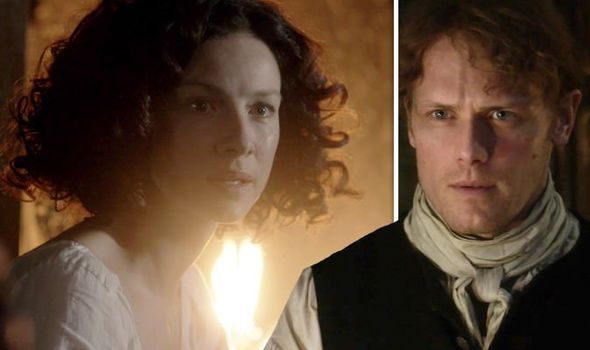 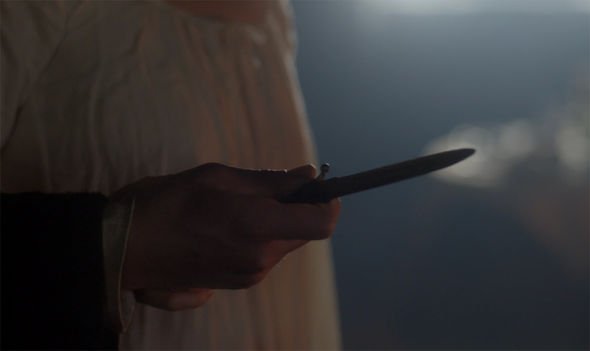 After the man attacking Claire had fallen and bashed his head, Jamie Fraser (Sam Heughan) arrived to see Claire shaken.

But as the camera took a close-up of Claire’s knife, it was visibly wobbling, dragging viewers out of the moment instantly.

The knife was obviously a rubber prop, leaving viewers a little perturbed by seeing the prop for what it was, rather than the knife it ought to have been.

Thankfully, this was the only blunder in the episode, as Claire then went on to save the man from dying – even after he attacked her. 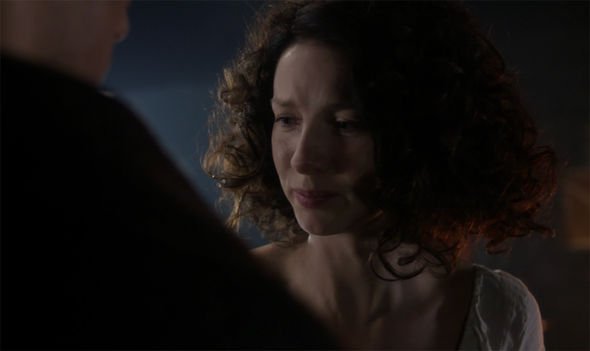 Meanwhile, fans of the show have since spotted yet another error in the show from scenes that haven’t even aired yet.

Recently fans were treated to a snapshot of Jamie and Claire’s new house in Fraser’s Ridge in season five.

However fans were instantly skeptical about how realistic it would be for the show to look like that in the 1700s.

Speaking out on Reddit, one fan wrote: “As someone with zero experience knowing what houses looked like in the 1770s I’m just going to put this out there… That house doesn’t look anything like the 1770s to me.”

Other fans rallied around this comment, with one agreeing: “Omg you’re right! I didn’t even notice.”

Another proposed it may have had something to do with the show’s narrative, adding: “I imagine they took creative liberty in having Claire influence the new house.

“So it’s far more modern looking. I think some things look far too new, but I am excited, nonetheless. :).”

This house, as fans of the show know, will supposedly be the house in which Claire and Jamie are killed off in.

It follows the recently discovered obituary which claimed the Fraser couple were killed in a demonic fire at the house.

But will viewers see this event happen in the fifth season yet to arrive on screen?

'Love Is Blind:' You'd Be Surprised To Know Which Couples Are Still Together Or Remain In Contact