The first five seasons of fantasy drama Outlander have gripped audiences with its stunningly crafted family saga. However, fans of the sultry Starz series may be surprised to learn that not all of the Frasers’ most intimate moments make it to the final cut.

An unearthed deleted scene from the second season of Outlander has shed more light on the close bond shared by the Fraser clan.

In the first half of season two, Claire (played by Caitriona Balfe) starts showing the first signs of pregnancy with her daughter, Brianna (Sophie Skelton).

During a tender moment that actually made it into the final cut of episode five, ‘Untimely Resurrection’, Claire’s husband, Jamie Fraser (Sam Heughan), presents her with a thoughtful gift.

After suffering from a short bout of morning sickness, Jamie prepares to raise his ‘wee bairn’, and gives Claire a traditional set of Christening spoons. 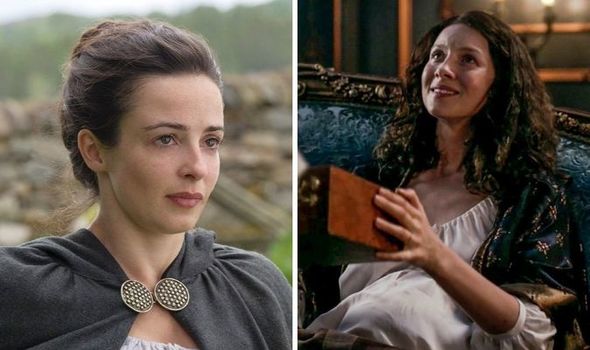 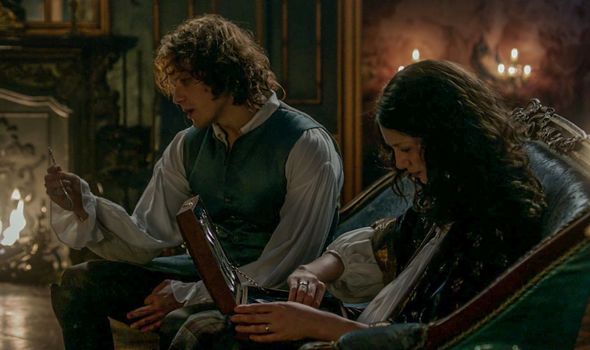 At the start of the clip, Jamie retrieves a bottle of whiskey sent to their home in Paris.

He says: “She sent this as well, said you’d be needing it when the time comes. Said you’ll ken what she means.”

Claire accepts the bottle gratefully, and she and Jamie share a knowing look as they recall their time spent with Jenny in Lallybroch some years earlier. 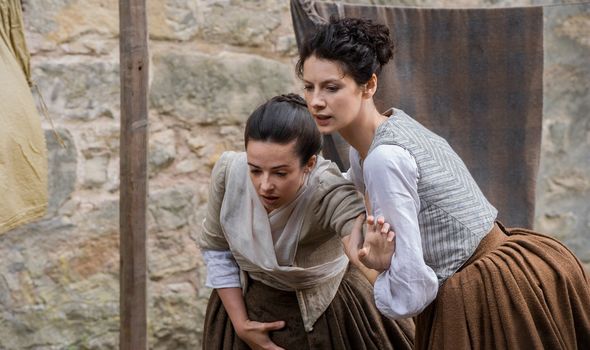 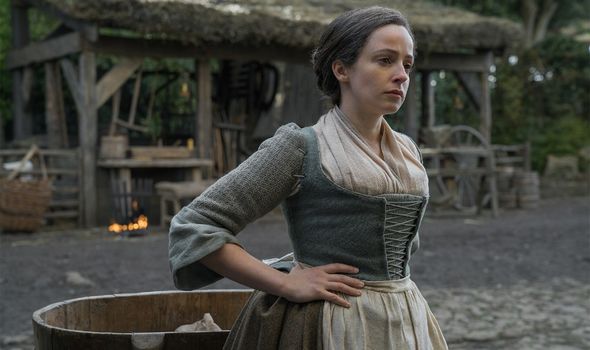 Perceptive Outlander fans will know the bottle of whiskey refers directly to a key moment from the show’s first season.

When the Frasers stay with Jenny and her husband, Ian Murray (Steven Cree), Claire must step in to the role of midwife when Jamie’s sister goes into labour.

Despite some unexpected complications, Jenny eventually gives birth to a healthy baby girl, whom she names Margaret.

Unfortunately, the procedure proves rather painful, and Jenny requests a drink of whisky to numb her birthing pangs.

Once she hears the news of Claire’s forthcoming child in season two, Jenny thanks her new sister for stepping in during her own daughter’s birth with another bottle of strong spirit.

Sadly, what would have been a fleeting yet impactful moment in the second season wasn’t deemed important enough to be included in the final episode.

With the footage running just under 30 seconds, some viewers admitted they were confused as to why the producers felt the need to cut such a short scene.

When the clip was posted on YouTube, one fan replied: “It was so so short, why wasn’t it kept??”

“It would be so cute to get that little season one reference.”

Thankfully, the deleted scene was eventually released, so fans can easily believe that this tender moment actually took place.

Although ‘Droughtlander’ is now once again in full swing, the series is making good headway on its sixth season as production gets underway in Scotland.

Outlander seasons 1-5 are available to stream on Amazon Prime Video.