The TV experiment sees children paired-up with pensioners in care homes to give them a new lease of life – and fans were immediately taken with Scarlett and Beryl's connection. 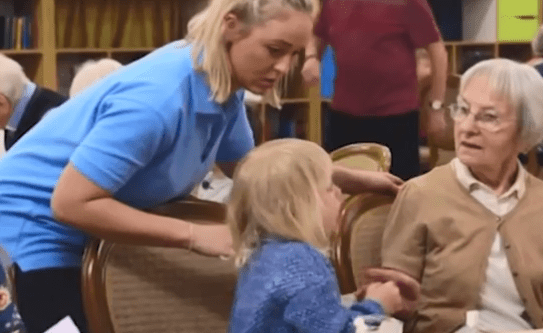 The Channel 4 show is examining loneliness among the elderly, with last night's episode sending young kids to Lark Hill Village care home in Nottingham to keep the patients company.

Beryl and Scarlett immediately hit it off and were tasked with writing a party invite to the four-year-old's mum and dad together.

However, the toddler was heard telling her: "No, my mum's died. So it's to Gran-Gran and Daddy."

Scarlett's dad Tim later revealed that mum Sally had died after a long battle with cancer nine months ago. 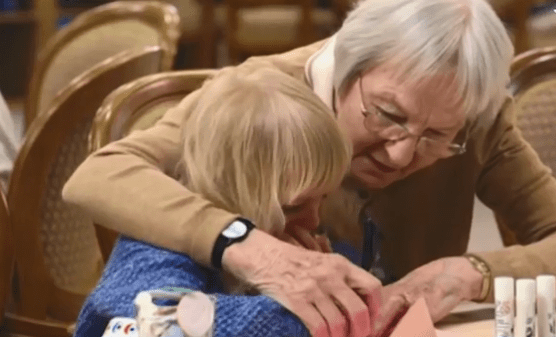 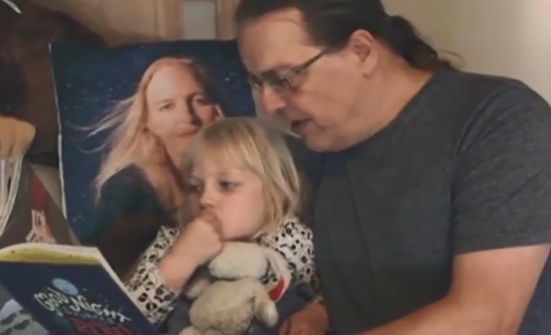 Viewers were left in bits by the scene, and immediately took to Twitter to express their heartbreak for the little girl.

One wrote: "When Scarlett politely announced that her mummy had died so she couldn't invite her to the party. My heart."

While another added, alongside a crying meme: "Oh my god. Scarlett losing her mum at three years old."

Another said: "Oh what a wonderful dad Scarlett has. So sad for her to have lost her mum at such a young age. I pray she’ll be fine but with her lovely dad by her side I’m sure she’ll be fine."

As a further fan acknowledged: "When you think your life is pretty c**p then you see what little Scarlett has been through in her short life…"

Meanwhile others praised the emotional show itself, writing: "This program has taken me on an emotional rollercoaster over the past hour."

Another added: "Cried approximately 5 times watching #OPHF4YO such a lovely program, but I’m obviously not emotionally stable enough to watch!"

Tim went on to explain that Sally had been diagnosed with breast cancer in 2015 and was told it had spread to her brain the following year, on their wedding day. 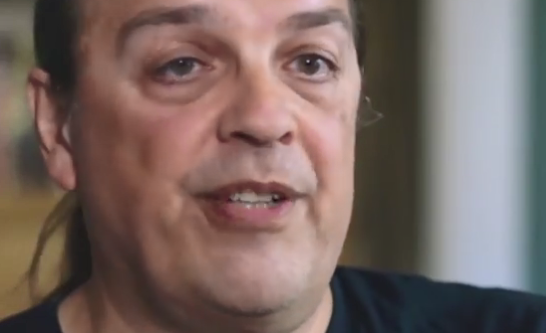 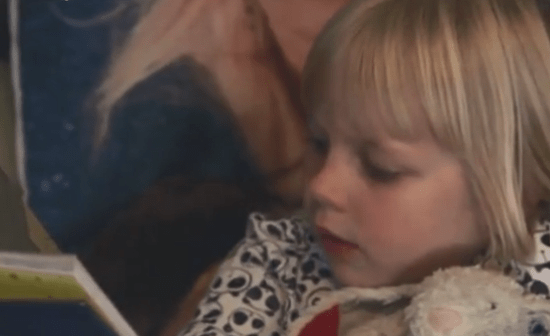 Trying to fight back tears, he said: "She will always be the little girl whose mum died when she was three.

"But I don’t want her to grow up to be the woman whose life was blighted by her mum dying when she was three."

Beryl was left equally heartbroken by her words, adding: "Scarlett talks quite openly about her mum, it must have been shattering. You can't imagine it really."