Our Yorkshire Farm has been airing on Channel 5 and a repeat episode from season three left viewers feeling emotional. In the episode, Amanda Owen had been tending to some cows when she opened up about a calf, Kit Kat, who had died. Amanda ended up breaking down in tears as she could not bring herself to tell her daughter Clemmy about the calf.

In a repeat episode of the much-loved documentary series, young Clemmy had been tending to a premature calf.

Four years old at the time of filming, she had her hands full nursing the baby cow back to health.

Later in the episode, Amanda revealed sadly Kit Kat did not pull through, but she did not want to upset her daughter.

Amanda said: “She looked after the calf and she did a good job, I don’t particularly want her to sort of feel like she failed. 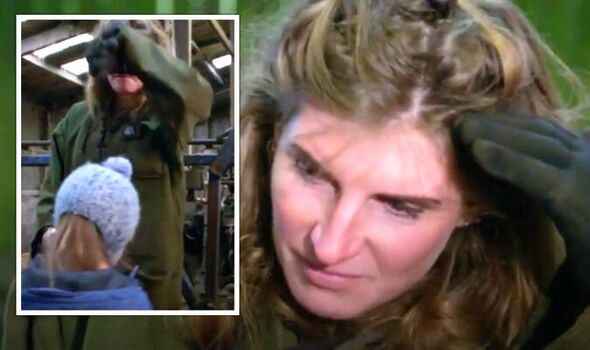 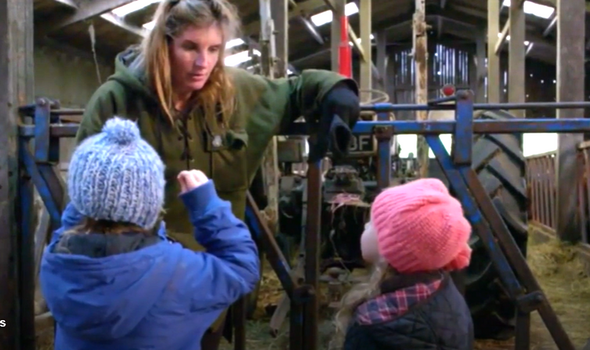 “I could say ‘yeah, it’s dead’ and I don’t know what her reaction would be but I just don’t particularly want to sort of say that after all that effort it didn’t make it.

“So I know I always say sometimes you have got to accept you don’t win but in this case, she doesn’t need to know that.

“As far as she’s concerned she did a really good job and Kit Kat lives on.” 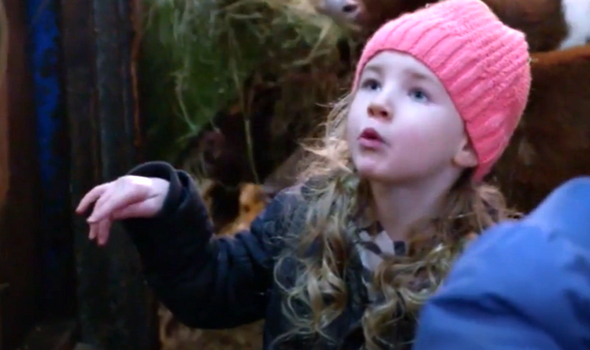 However, Amanda was overcome with emotion when Clemmy started talking fondly of her brave calf.

She said Kit Kat was a “good calf” who enjoyed sleeping in his “cuddly bed”.

At this, Amanda broke down in tears and she did not want her children to see her upset.

Speaking to the camera, she said: “I spend a lot of time saying to the children ‘don’t get too attached because at the end of the day they are farm animals’. 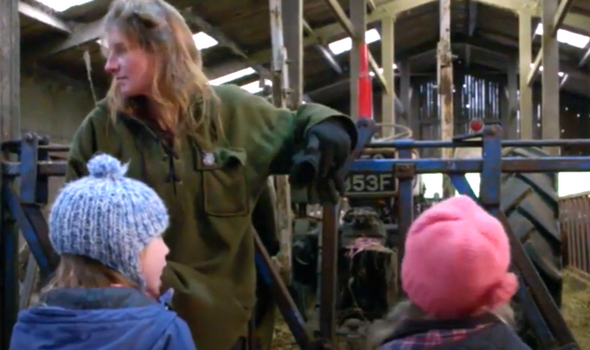 “You get to see their whole life cycle, you see them born, you look after them and you also see them come to the end of their lives as well.

“I did warn Clemmy Kit Kat might die but it’s me that’s upset, that’s not a very good lesson, is it?”

When Clemmy spoke about Kit Kat, she said: “He didn’t make any sound, and we fed him milk.”

Amanda, looking visibly upset, tried to hide her expression from her children.

She answered: “Yeah, you did really well,” but had to put her arm in front of her face.

Since then, the family has had to say goodbye to a number of beloved animals on the farm.

Now Clemmy is more grown up, she has come to terms with the loss of her furry friends.

She remains as determined as ever to get stuck in at Ravenseat, just like her other siblings.

Our Yorkshire Farm is repeated on Saturdays on Channel 5.