BBC drama Normal People follows the story of Marianne Sheridan (played by Daisy Edgar-Jones) and Connell Waldron (Paul Mescal) trying to navigate a difficult romance during their final years of education. Daisy and Paul beat off hundreds of other hopefuls for the parts and now the latter has described why he was kept waiting by the show’s creators to hear back about his part.

The 12-part series has become one of the BBC and Hulu’s most popular new shows in recent years after attracting a huge flurry of attention.

Based on Sally Rooney’s book of the same name, Marianne and Connell embark on a secret romance while in their last year of high school.

But it’s far from plain-sailing and although the pair’s love for each other never wavers, they face several setbacks as they struggle to be together.

The final episode of the programme sees the couple happier than ever as they near their final semester at Trinity College Dublin. 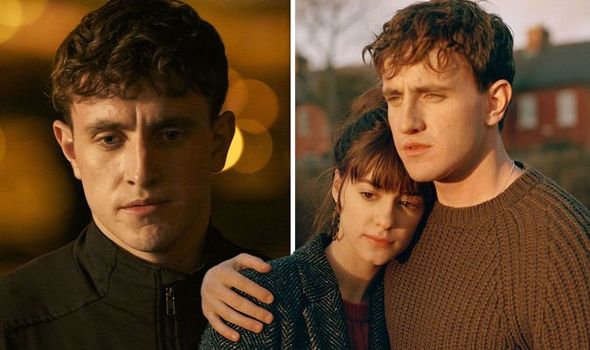 Viewers were left heartbroken after the ambiguous ending saw Connell and Marianne look to be torn apart once more.

But fans continue to be desperate to find out more about what went on behind the scenes of the show, even after its conclusion.

Obviously, the much-loved programme required months of preparation before the cameras even started rolling.

Speaking recently at the Deadline Virtual Screening series, Paul and Daisy opened up about their respective experiences.

The actor said: “Yeah, so I was doing a play in Dublin at the time, and it came through kind of as most auditions to through your agent… it was an adaptation of Normal People, I furiously read the book!”

Paul divulged more, adding: “And then it’s kind of one of those bizarre audition processes where you’re kind of used as an actor, I think, to getting parts that you’re like, I can see 10 other actors playing that part better, or that’s a total stretch.”

However, he felt he fitted the part well, noting: “Whereas this one, I felt like I fitted the breakdown and I kind of had an idea… if I was to play it, how I would go about doing this, there’s no kind of hiding places in that sense.”

But Paul couldn’t help but comment on the “awful” Christmas hiatus which paused things temporarily.

He continued: “I did my first audition, and then I met Lenny [Abrahamson, show director] before Christmas, and that seemed to go well, we liked each other.

“Then there was that kind of awful Christmas hiatus, where I’d been told that I was very much in the mix, but everybody goes on on their holidays for two weeks!”

Paul also opened up about meeting co-star Daisy for the first time before he had been told he had secured the role.

“I was called back to the first set of chemistry reads with five actors for Marianne but I hadn’t been given the part.

“Then between that set of chemistries and the one where I met Daisy, they put me out of my misery… thank God!”

Since his breakthrough role. Paul has signed up to new Channel 5 drama The Deceived, which starts on August 3.

The new psychological thriller has been penned by Derry Girls writer Lisa McGee.

It follows the story of a university student’s affair with her married lecturer which is set to result in life-changing consequences for all involved.

Normal People can be streamed in full on BBC iPlayer now.