Nine jaw-dropping Hollyoaks spoilers for this week | The Sun

ELECTION day is coming up in Chester this week, with Zara Morgan competing against Tony Hutchinson.

But many more dramatic events are also set to shake up Hollyoaks. Here's what you need to know. 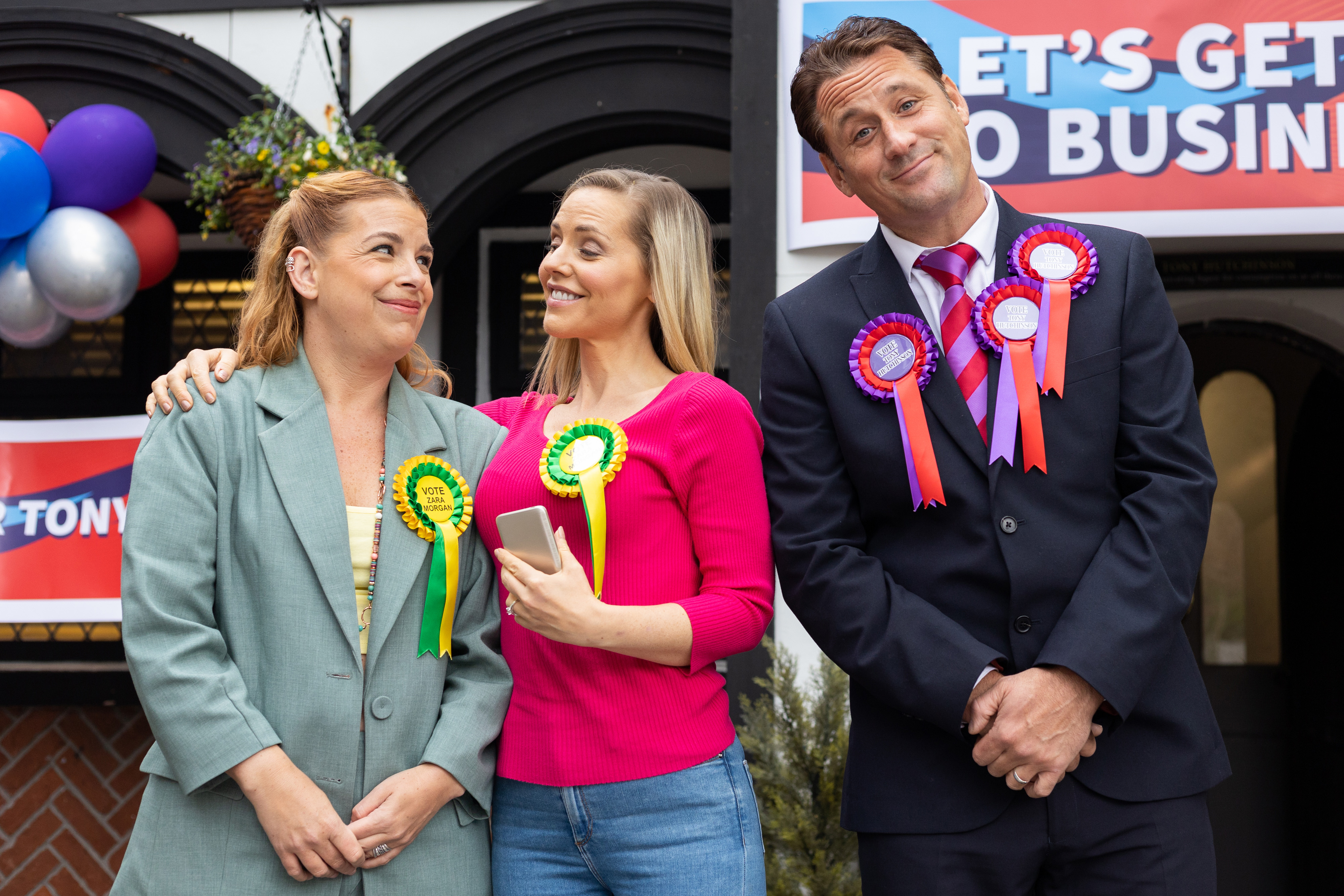 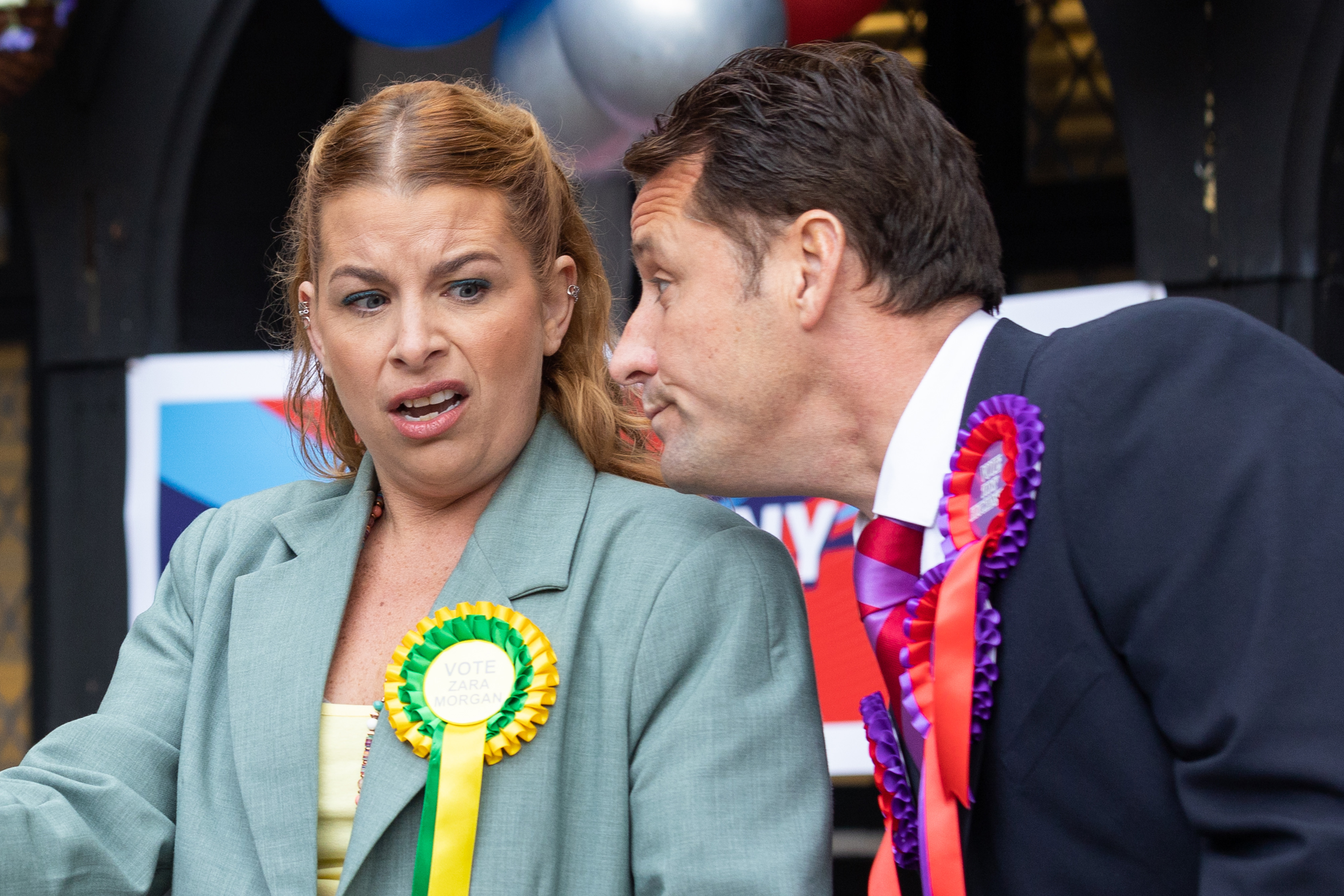 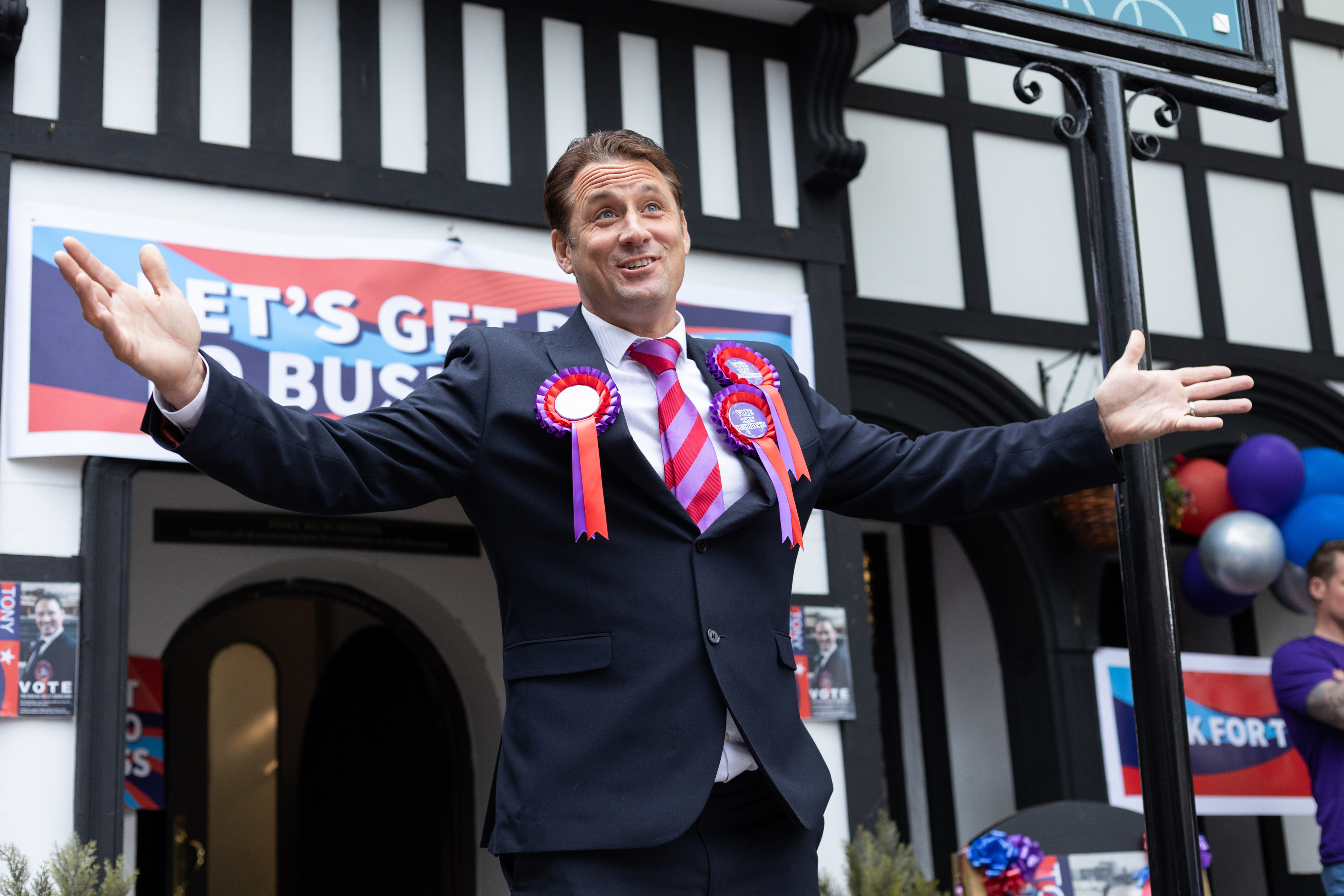 Viewers know Zara Morgan (played by Kelly Condron) has been fighting for a spot on the council for weeks against Tony Hutchinson (Nick Pickard).

But the results are finally in this week in Hollyoaks.

However, nothing goes according to plan for Zara when Scott Drinkwell (Ross Adams) fails to arrive on time as he's stuck in traffic.

This prompts Cindy Cunningham (Stephanie Waring) to step in as Zara's campaign manager. 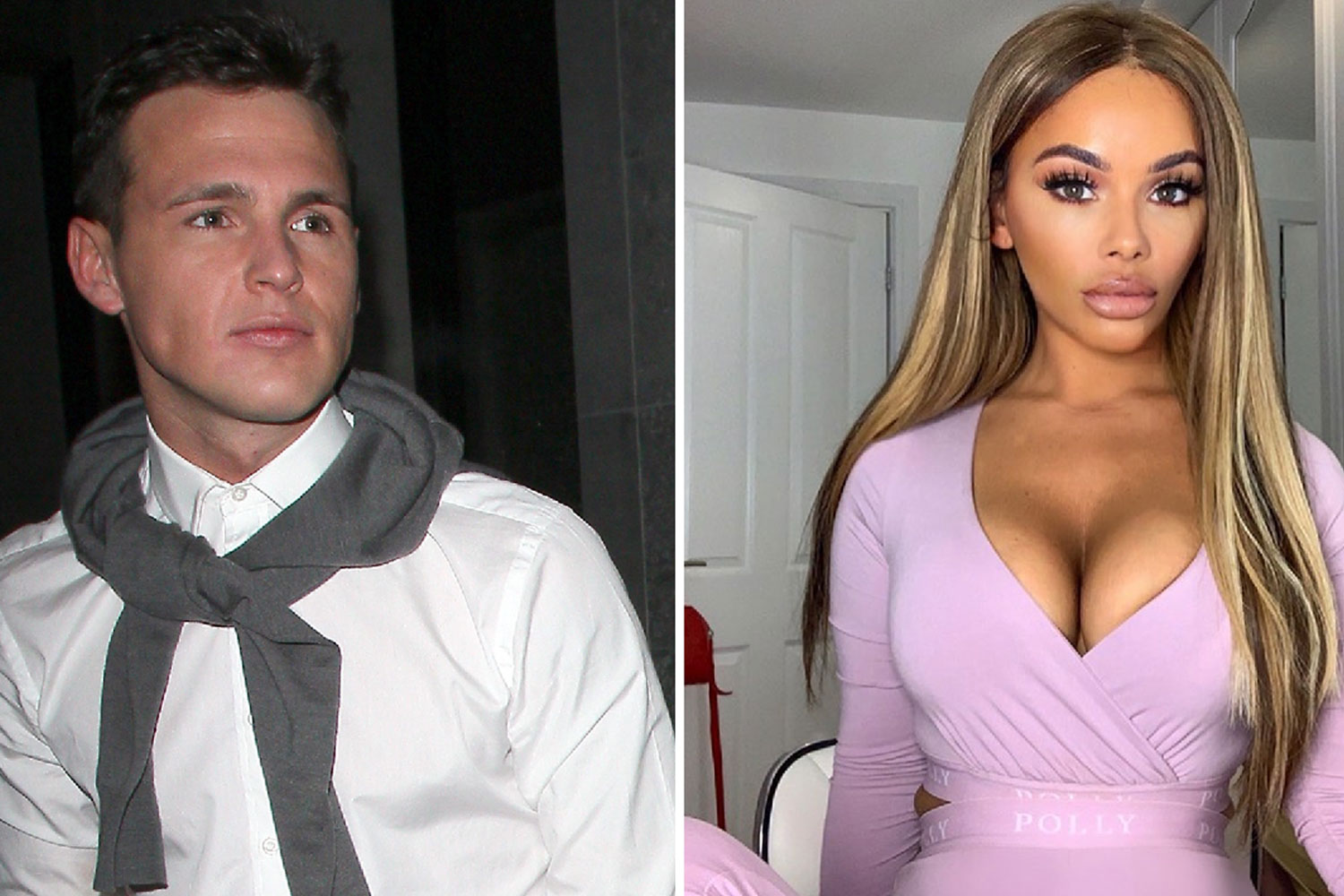 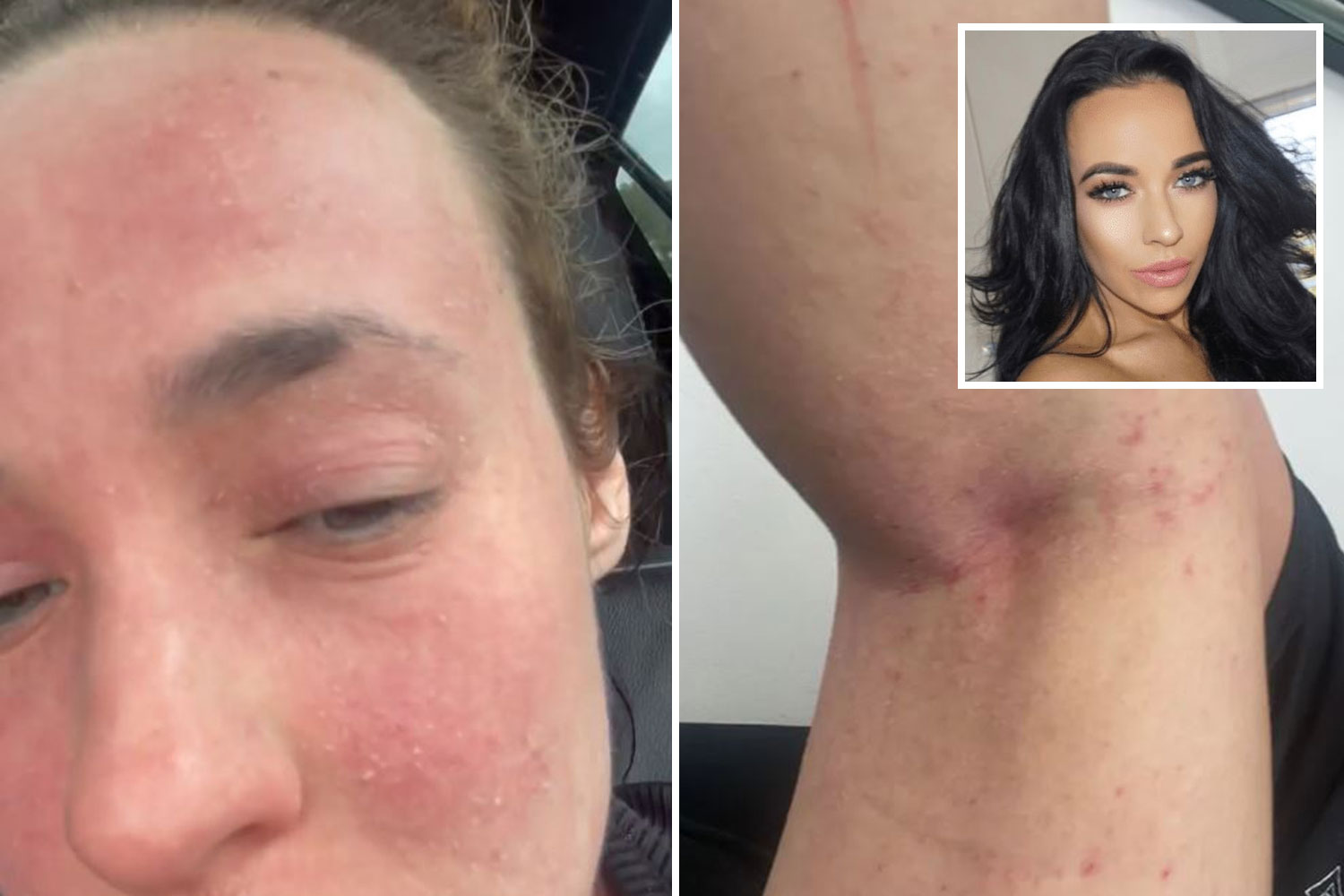 Soon enough, Cindy encourages Zara to play dirty against Tony but she refuses.

Instead, she makes a moving speech about making the village dementia-friendly, in reference to her late brother Luke.

Tony is moved… but then wonders if he is the right man for the job.

In a surprising turn of events, Tony decides to drop out of the election so his opponent can win. 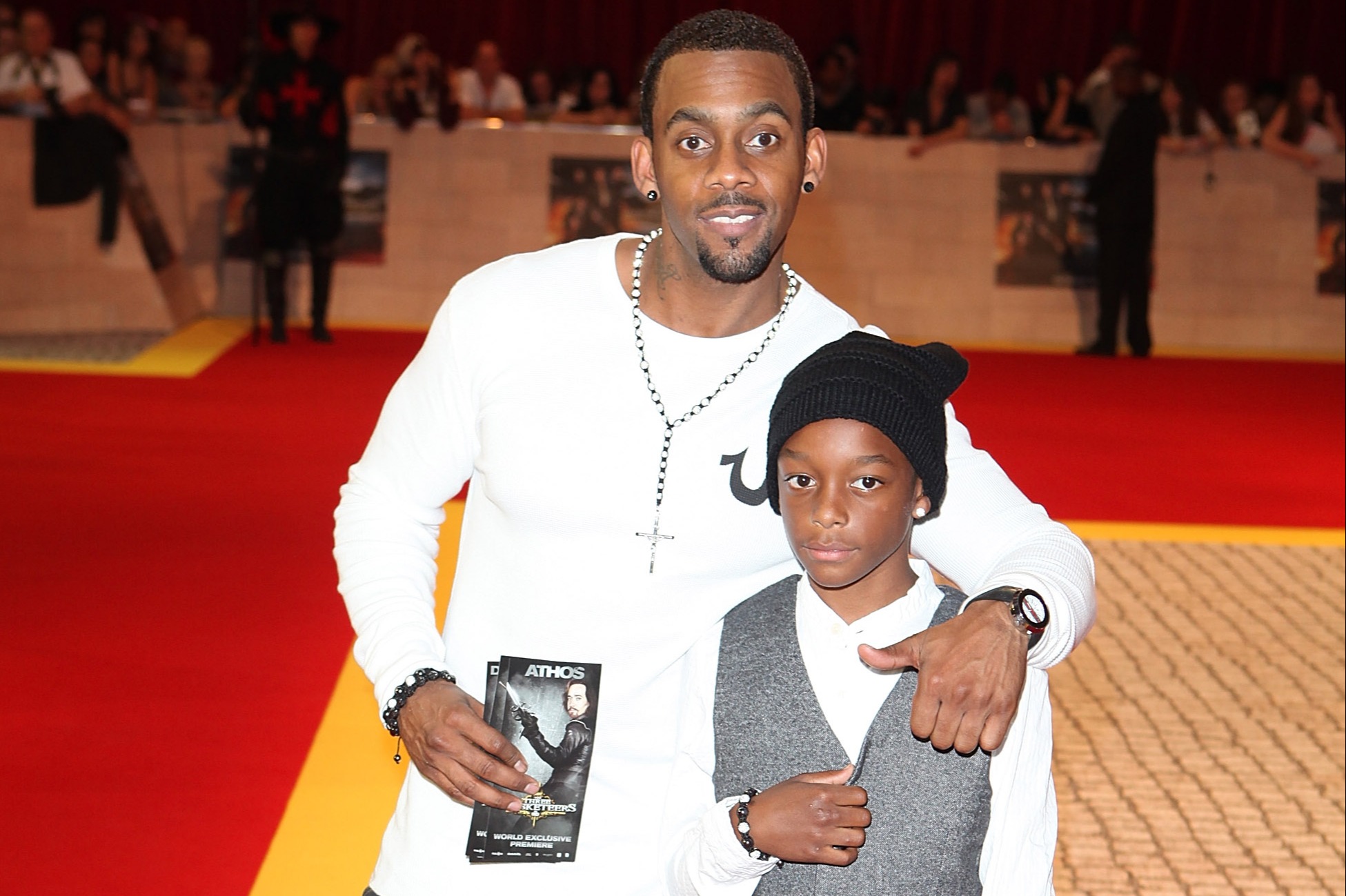 'I FEARED THE WORST' 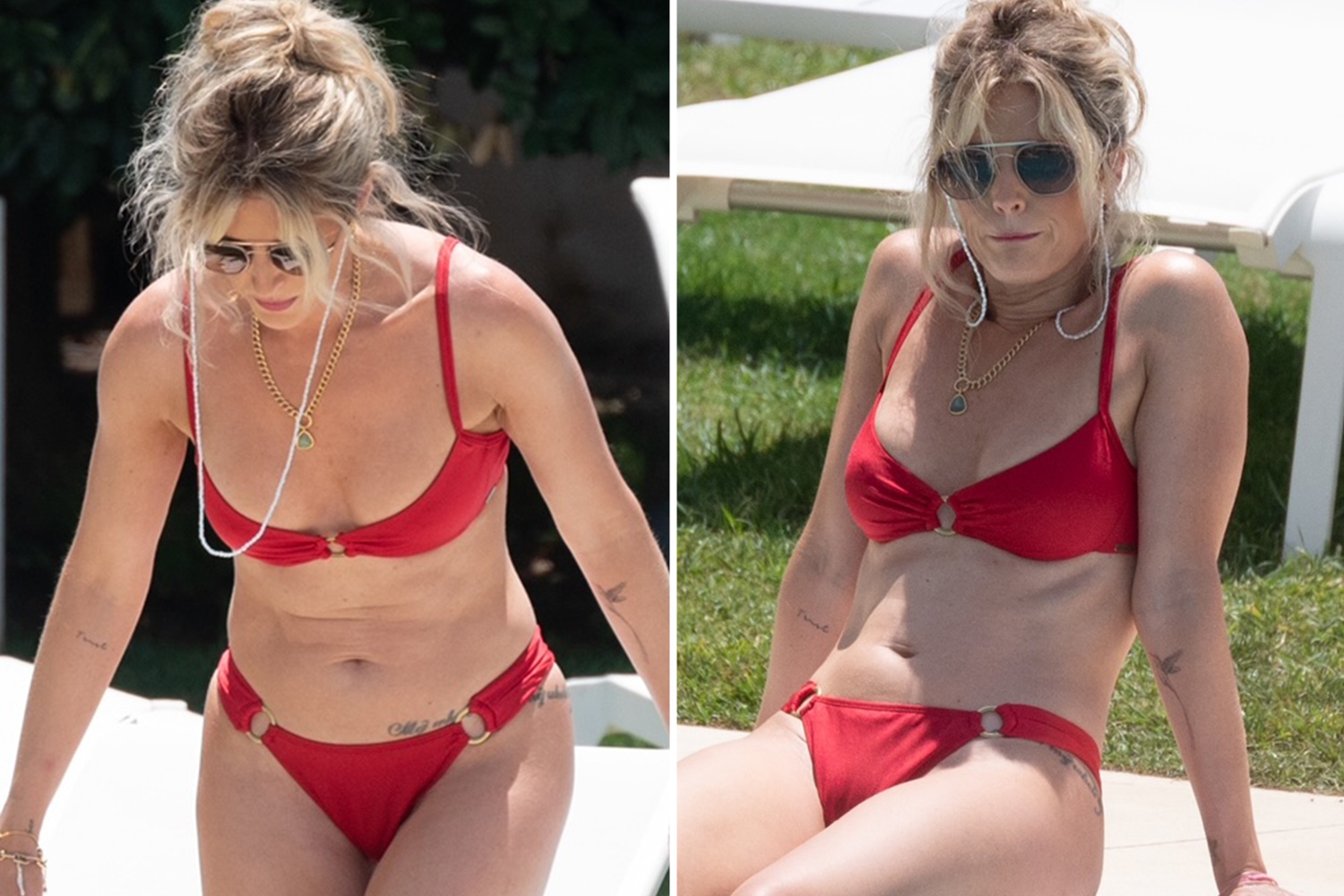 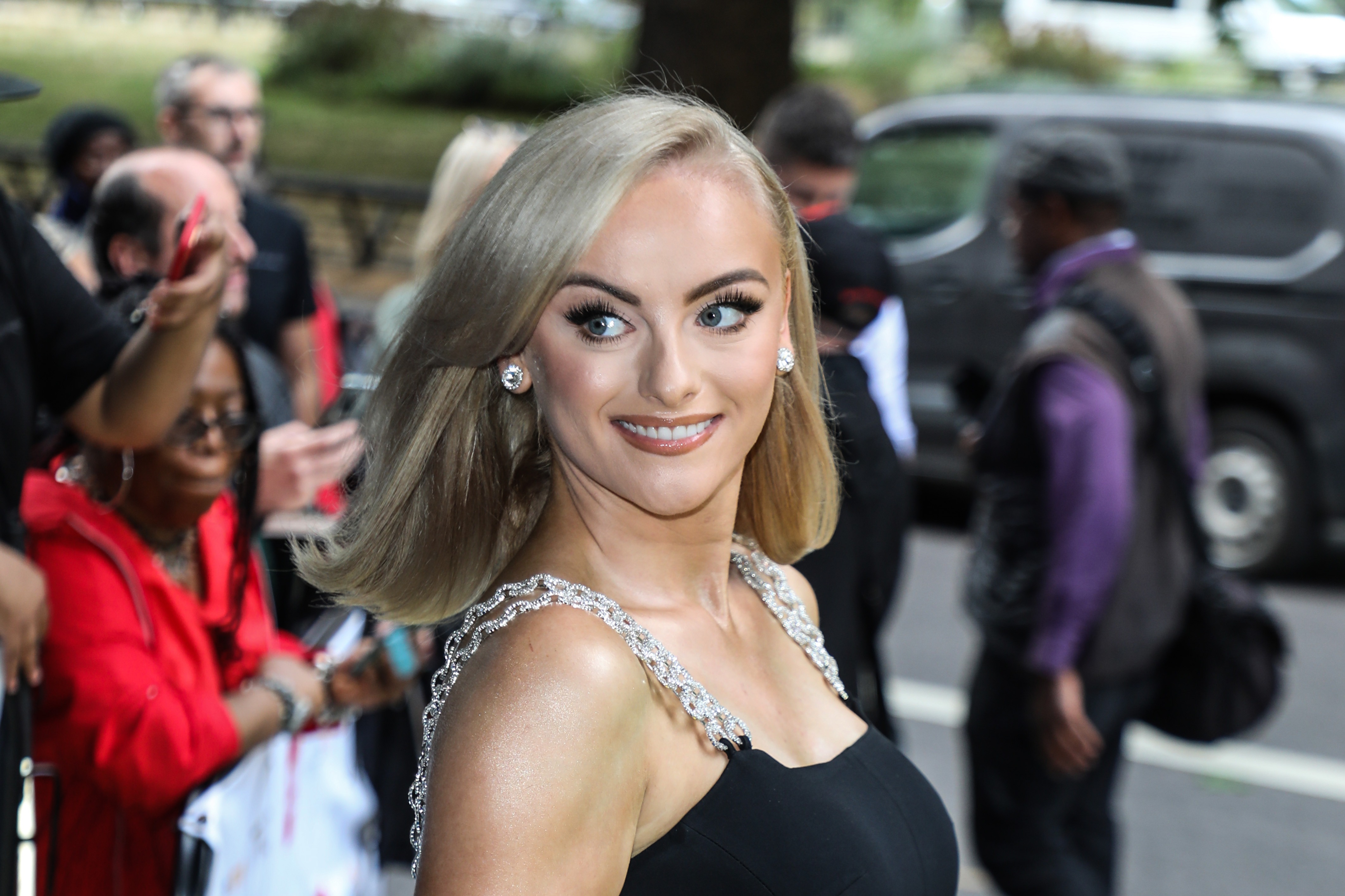 Unfortunately for him, Zara is intent on winning the election fairly, leading to Tony trying to publicly sabotage his own campaign.

Later on, Scott finally shows up with a dance routine to get Zara more votes.

But who will win the election? 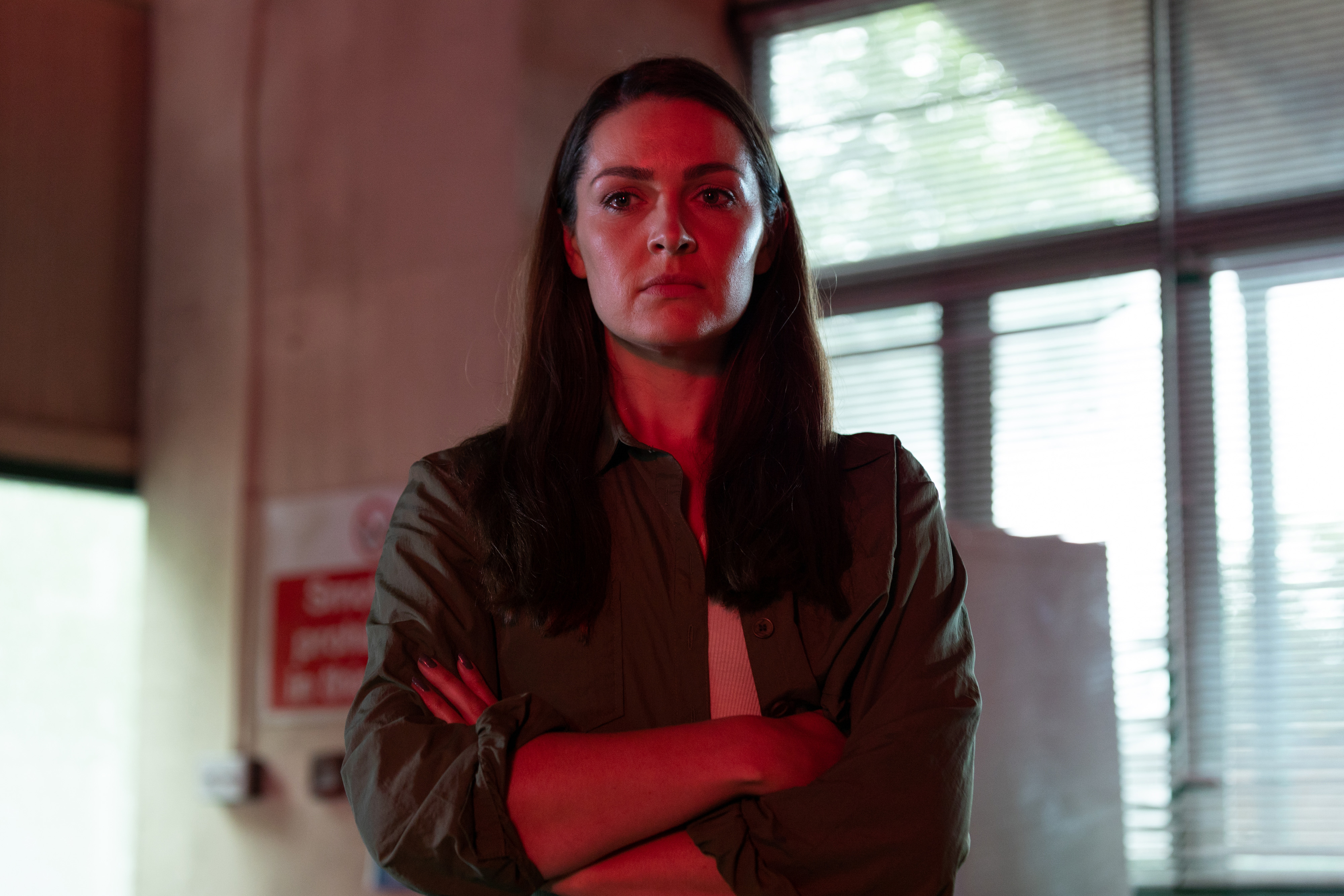 2. Sienna puts her plan into action

Coming up, she organises a surprise for her boyfriend Warren Fox (Jamie Lomas) and decides to treat him to some poisonous cupcakes.

With her revenge plan set in motion, she gives him two options.

Warren has a choice between confessing Brody's murder on camera or pay a deadly price.

Hollyoaks is full of surprises, however, and Sienna's plan goes awry when Damon Kinsella (Jacob Roberts) gets caught up in the events.

Sienna's plan goes even more off the rails but Damon is in a tricky position.

He's forced to commit a heinous crime to save himself from time behind bars.

Is this the end of the line for Warren?

Will Sienna get her revenge? 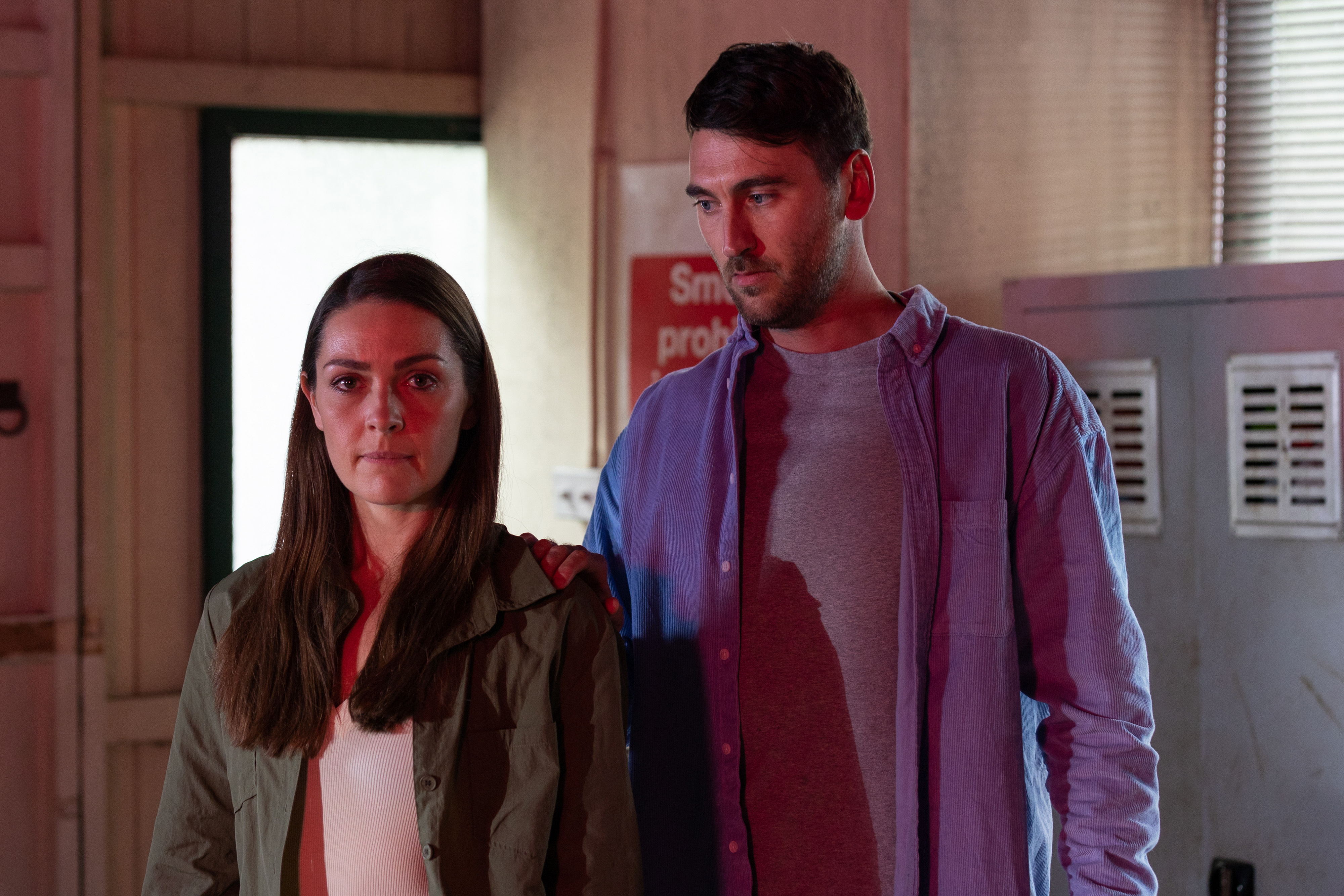 But there's more trouble on the horizon for both Sienna and Damon.

The former puts on the performance of a lifetime while Damon blames her for everything.

Another truth is revealed, however, when Sienna finds out priest Joel Dexter (Rory Douglas-Speed) had helped keep Warren's murderous secret the whole time.

A horrified Sienna is determined to make Joel pay.

Can Damon convince her to stop seeking revenge? 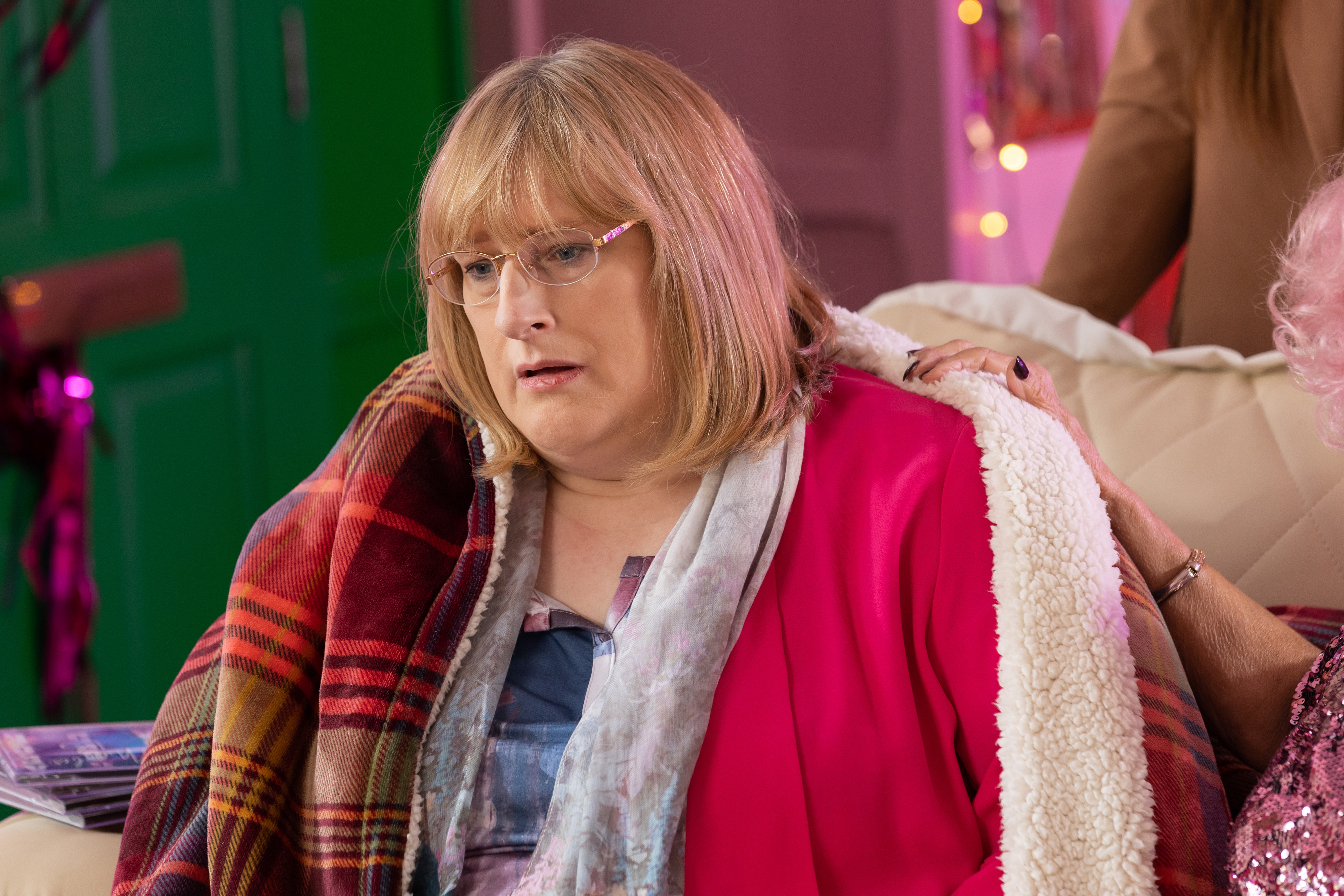 Elsewhere, Olivia Bradshaw (Emily Burnett) is keeping her eyes on the prize as she's determined to move up in her career.

The English teacher is beaming when education inspectors give Hollyoaks High impressive reviews.

Olivia decides to use this as proof as to why she should be made permanent Deputy Head.

But when headmaster Sally St. Claire (Annie Wallace) brushes her off, Olivia's scheming nature resurfaces and she resorts to blackmail.

Little does she know that, in later scenes, Sally has the full support of her family who give her the McQueen confidence she needs to stand up to Olivia.

Will it be enough? 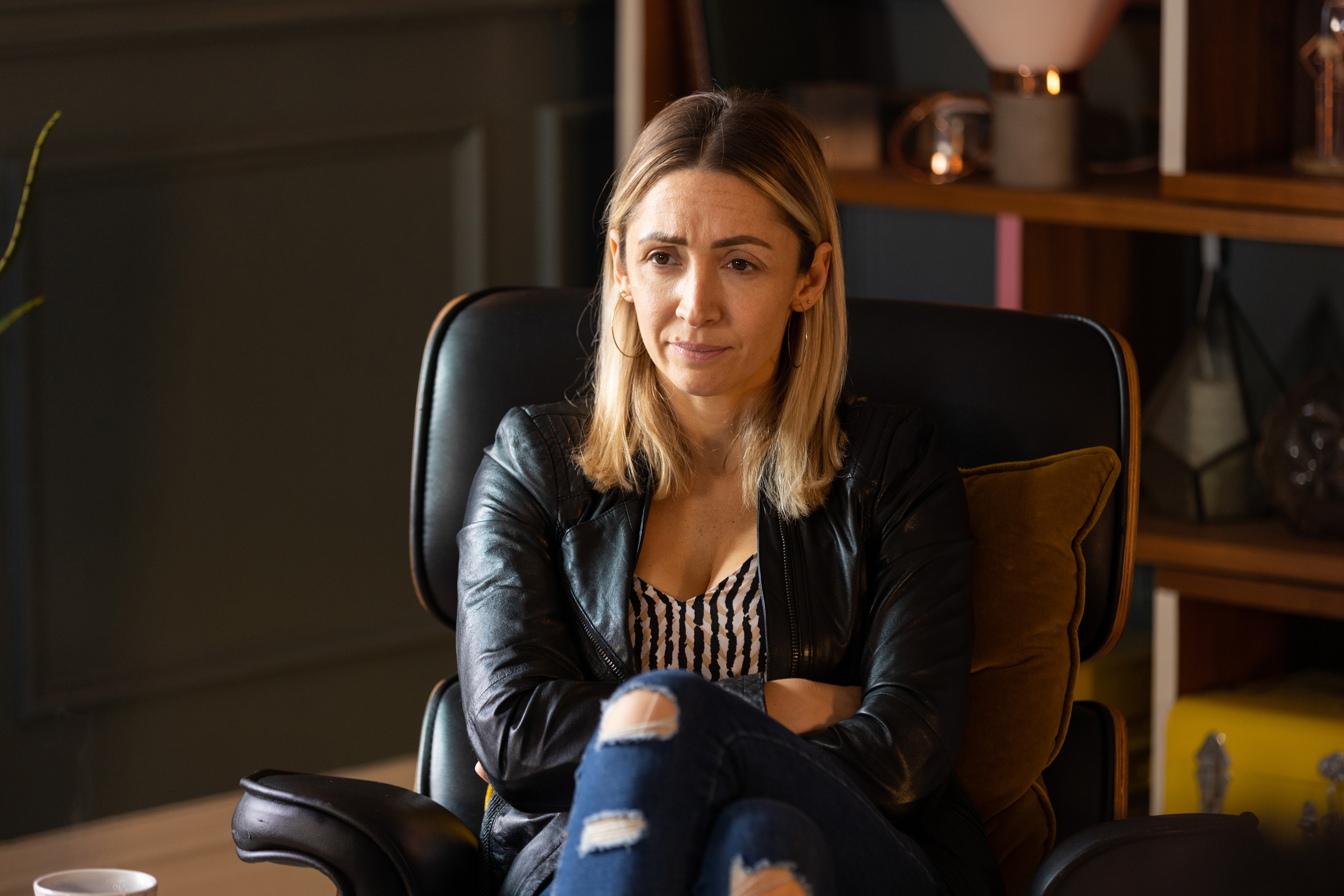 This week, Donna-Marie Quinn (Lucy-Jo Hudson) is feeling exposed after she recently revealed that she can't read.

Fortunately for her, Imran Maalik (Ijaz Rana) is willing to help and knows just the person for her.

Zain meets with Donna-Marie to help her learn how to read.

Will her lesson be successful? 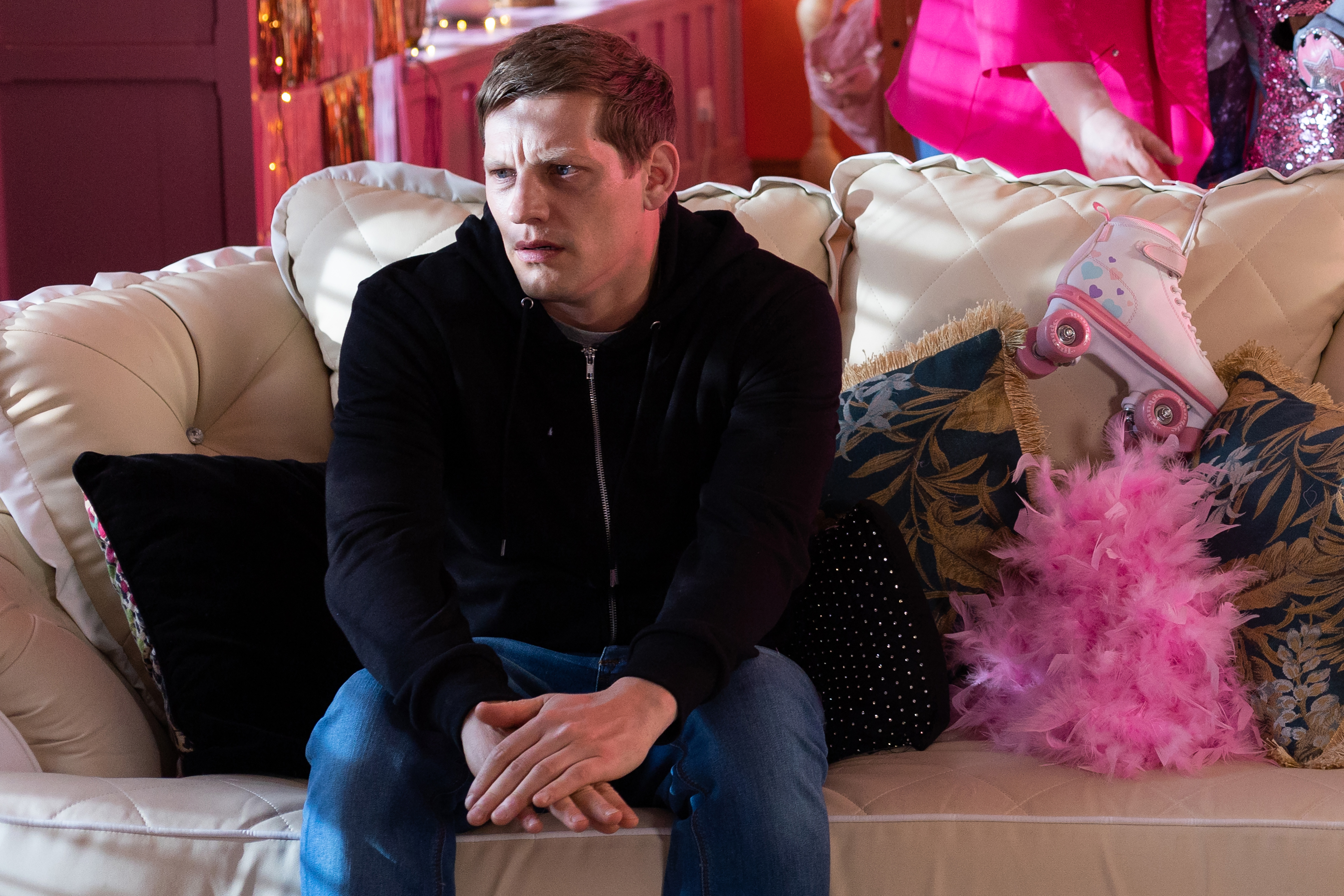 When his mother Sally has a hospital appointment to attend, John Paul McQueen (James Sutton) promises to support her.

But the character is nowhere near out of the woods when it comes to his reliance on alcohol.

After an awkward run-in with Nancy, John Paul lets Sally down – while she receives some upsetting news from the hospital.

However, Sally lies and her son turns to drinking again.

His family remains unaware of his relapse and, believing everything is fine, throw him a party to celebrate his sobriety.

Sally lies again about being fit enough to go to work and while keeping her health secret under wraps can be hard, she gets a comforting visit from John Paul at school.

The pair have a heart to heart and John Paul opens up to his family about his drinking.

But his vulnerability isn't well received and a downbeat John Paul is later found drinking in the village to escape.

Could his relapse have devastating consequences again? 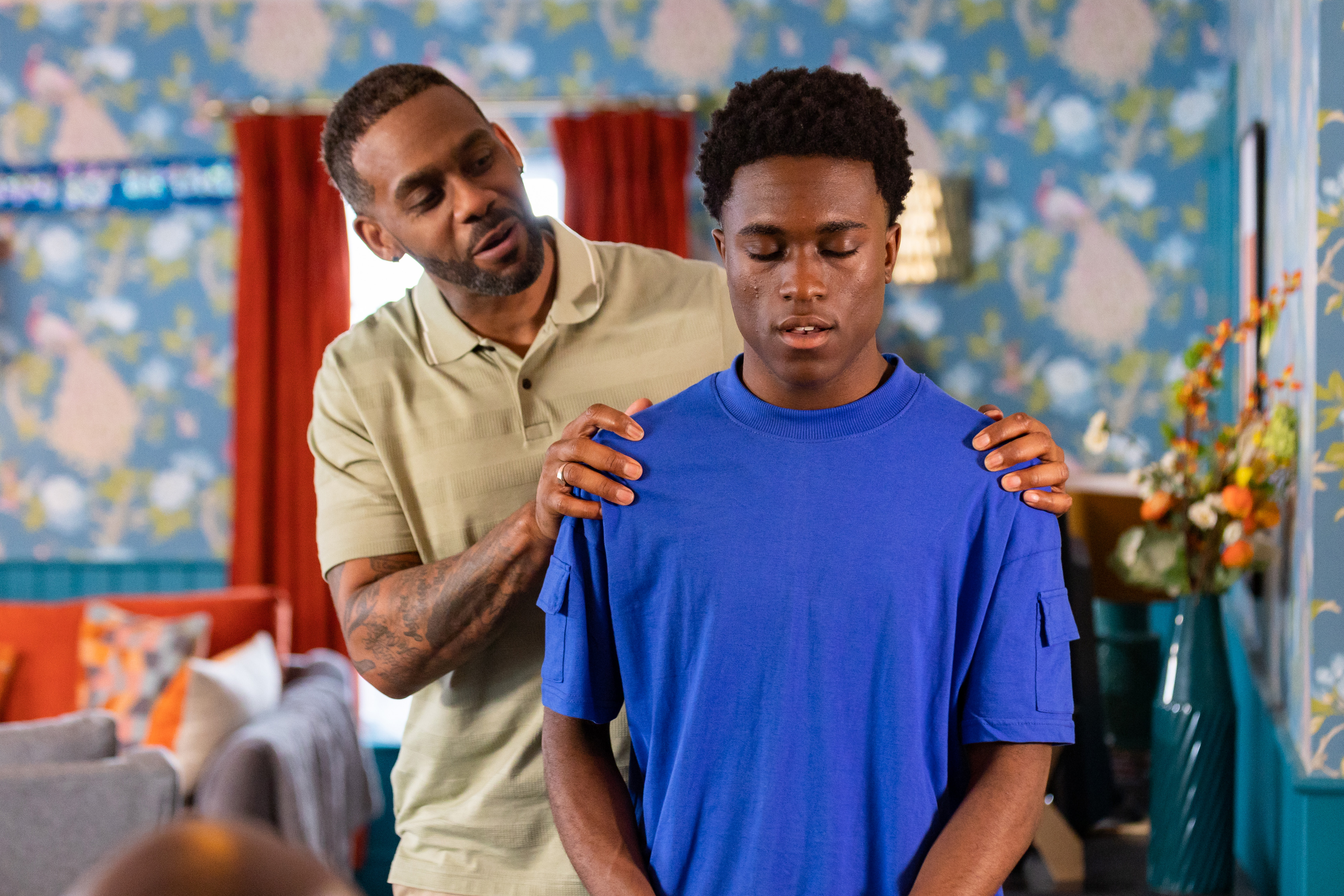 But this week, he's feeling insecure about his skills when DeMarcus' mother wants her son to return home.

Felix gets some support from Pearl Anderson (Dawn Hope) who helps him see that he's a great father.

But a heartwarming gesture from Nancy Hayton (Jessica Fox) is enough for Felix to get back his confidence.

How will his relationship with DeMarcus truly pan out? 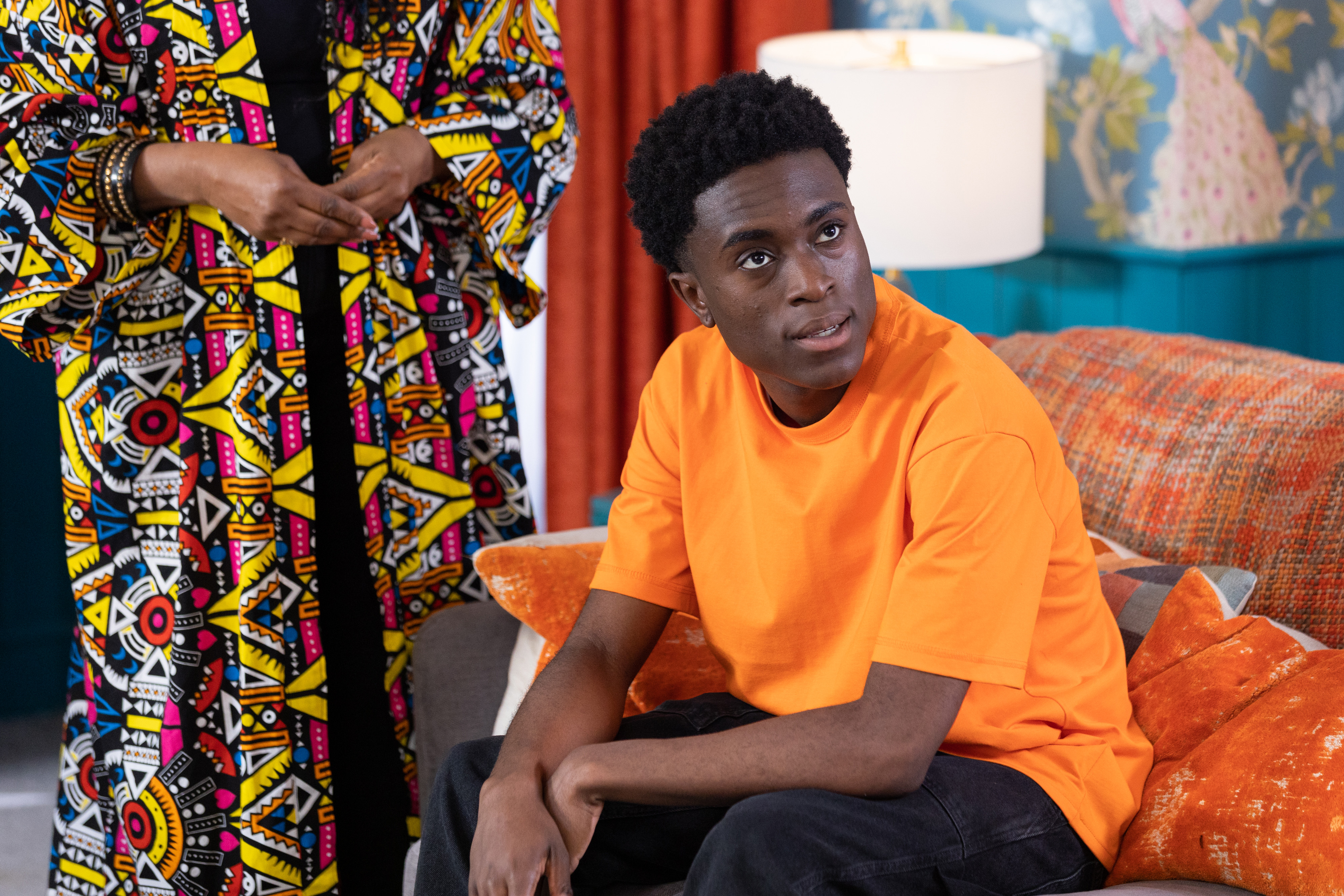 To make things worse, DeMarcus Westwood (Tomi Ade) is having a head time in the village and Vicky Grant's boyfriend Joseph Holmes (Olly Rhodes) is to blame.

Pearl first offers DeMarcus a job at Price Slice and he starts his first shift on a positive.

But sure enough, Joseph shows up and continues to antagonise DeMarcus over his friendship with Vicky.

A fight soon breaks out at Price Slice – but will DeMarcus avoid trouble?

This seems unlikely for the youngster.

On his 16th birthday, DeMarcus is still shaken by the events of the previous day.

He's determined to get back to work but Joseph continues to bully him and forces him to berate himself on camera.

Joseph goes a step further and blackmails DeMarcus with the video. 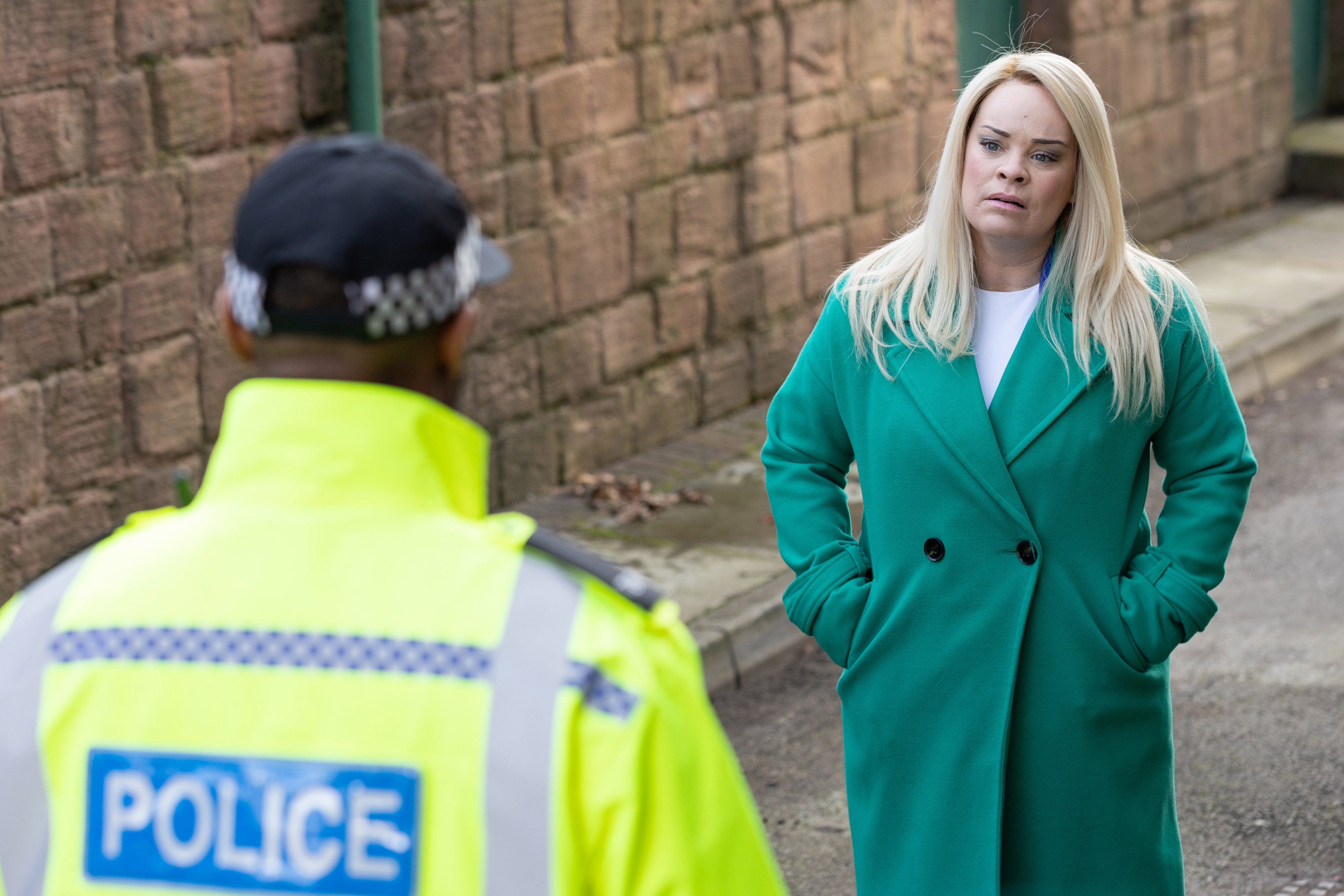 9. Grace worries about her relationship

Grace Black (Tamara Wall) is caught up by her insecurities this week.

She also gets the wrong end of the stick when she sees her boyfriend Saul Reeves (Chris Charles) with Mercedes McQueen (Jennifer Metcalfe).

But when he gets relationship advice from his colleague Sam, the police officer decides to show his girlfriend just how committed he is to her.