Stranger Things Day 2021 has come bearing gifts as another teaser trailer for season four of the hit TV show has dropped.

Netflix unveiled the latest look at its highly-anticipated sci-fi drama on the series’ official Twitter account, alongisde the caption: ‘We’re gonna have the best spring break ever.’

Initially set to a dreamy California vibe, Eleven (Millie Bobby Brown) narrates a letter she’s writing to Mike (Finn Wolfhard) about her new life in the state with Joyce (Winona Ryder), Will (Noah Schnapp) and Jonathan (Charlie Heaton) all present and correct.

Obviously this sunshine-filled, 80s teen movie aesthetic will not be lasting long.

Rocking a new look of casual check shirt and jeans, with an 80s-volume hairstyle complete with fringe, Eleven shares: ‘Today is day 185. I think I have finally adapted. I even like school now. I have made lots of friends.’

Things start to slightly contradict Eleven’s positive outlook at this stage, with girls ignoring her in the school corridor and a spit ball to the cheek courtesy of one classmate. 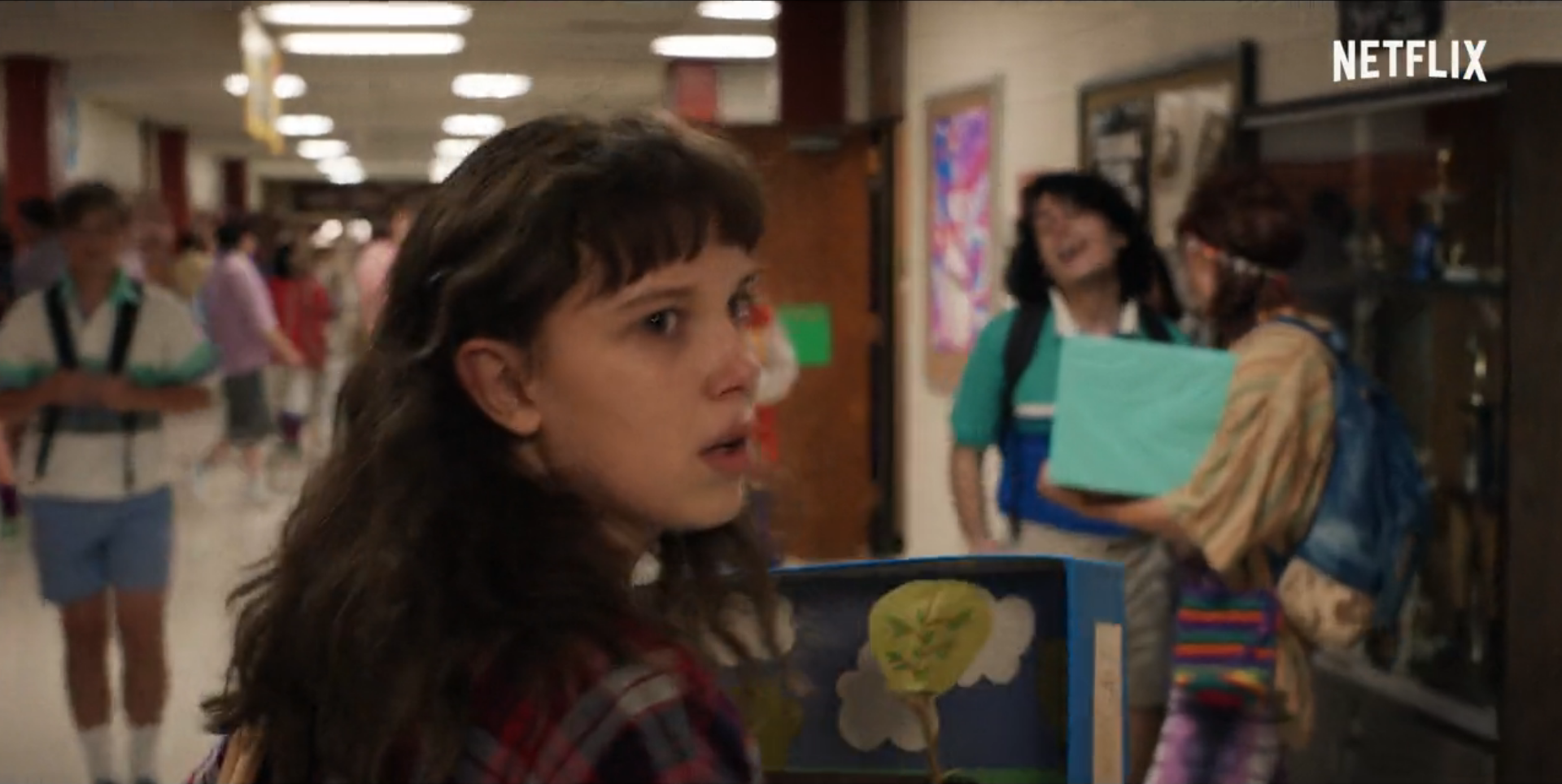 She continues: ‘Even so, I am ready for spring break. Mostly because I get to see you.’

‘We will have the best spring break ever,’ she adds, and this, of course, marks the start of gunshots, a creepy doll, a mysterious bunker door in the desert and the appearance of armed personnel, all capped off with an explosion.

We’d expect nothing less from Stranger Things at this stage.

This is the fourth teaser clip for the fourth season of Stranger Things, and possibly the last if the show’s updated bio is anything to go by.

It now reads ‘004/004’, with fans speculating that it’s the fourth piece of the puzzle following three previous trailers delving into separate strands of the upcoming episodes.

Netflix has still not announced an official release date for the new season beyond saying it will drop in 2022, so for now fans will have to be satisfied with unpicking all the hidden hints dropped so far.

November 6 traditionally marks Stranger Things Day, after it was first celebrated in 2018.

It marks the date Will Byers went missing in the show’s first season, and this year’s online festivities involve a full schedule of content, as well as encourgaement for fans to get involved with cospplay, playing DND, throwing a waffle party and, of course, leaving the door open three inches…

Stranger Things season 4 will be released on Netflix in 2022. Seasons 1 – 3 are available to watch now.