Leading into Wednesday primetime, the lowest-rated evening of the 2022 Winter Olympics in Beijing was the very first night of competition pre-Opening Ceremony. However, Wednesday marked new lows for NBC Olympics coverage.

Just going off previous evenings’ performances, it’s also very likely that the latest Wednesday of the 2022 Olympics will also be down significantly from the corresponding night of the 2018 PyeongChang games. For the same point in the 2018 Olympics, NBC recorded a Total Audience Delivery of 16.4 million viewers. This post will be updated with NBCUniversal’s second Wednesday numbers when those become available.

Beyond the Olympics, only ABC, Fox and CBS featured new episodes of their primetime programming slates. In the 8 o’clock hour the latest iterations of Jeopardy! National College Championship (0.5, 4.46M) and Big Brother: Celebrity Edition (0.5, 3.00M) tied for the night’s second highest-demo, with the former earning the largest non-sports viewership. I Can See Your Voice (0.3, 2.02M) was steady in the demo rating and rose in viewers. 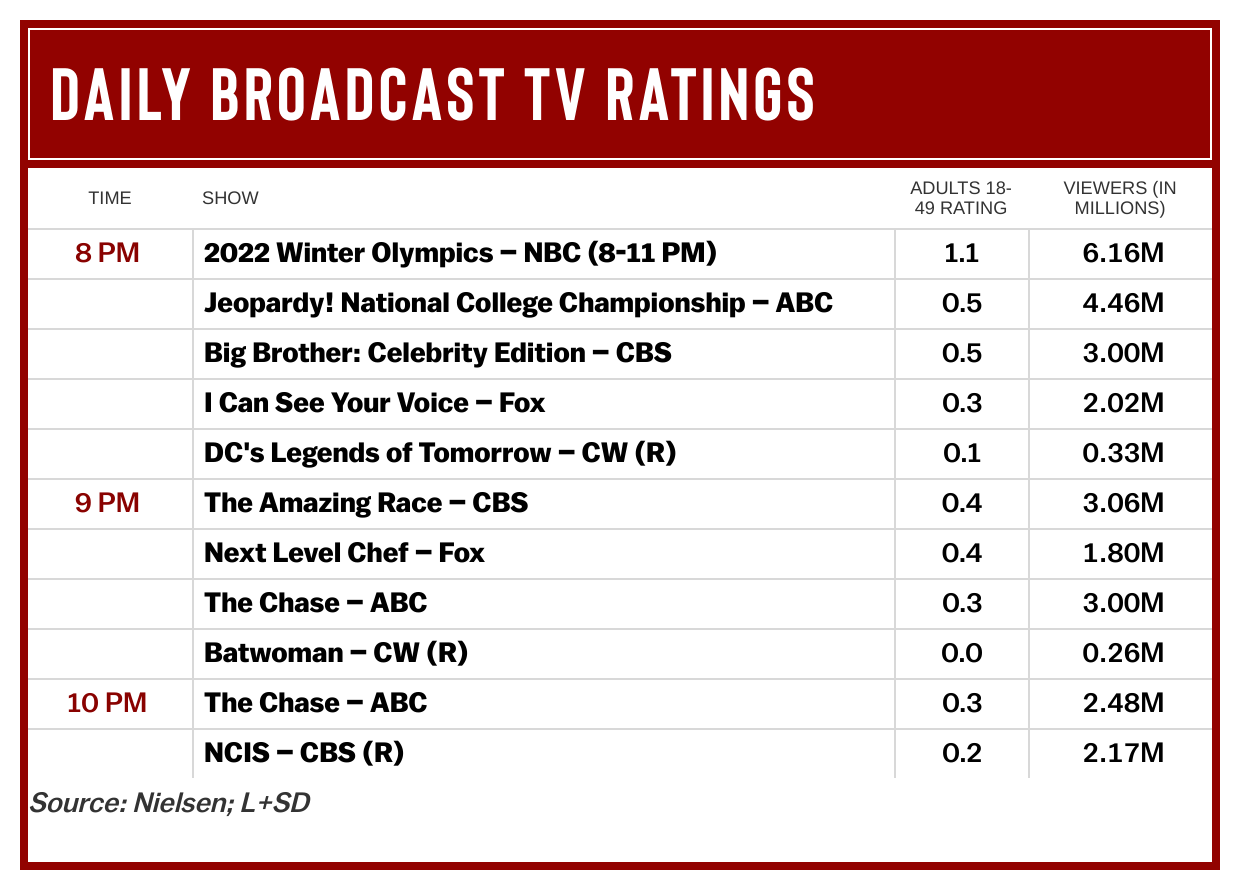