The Noel's House Party star wobbled on stage and fell in front of the panel before host Andrea McLean hauled him up off the floor. 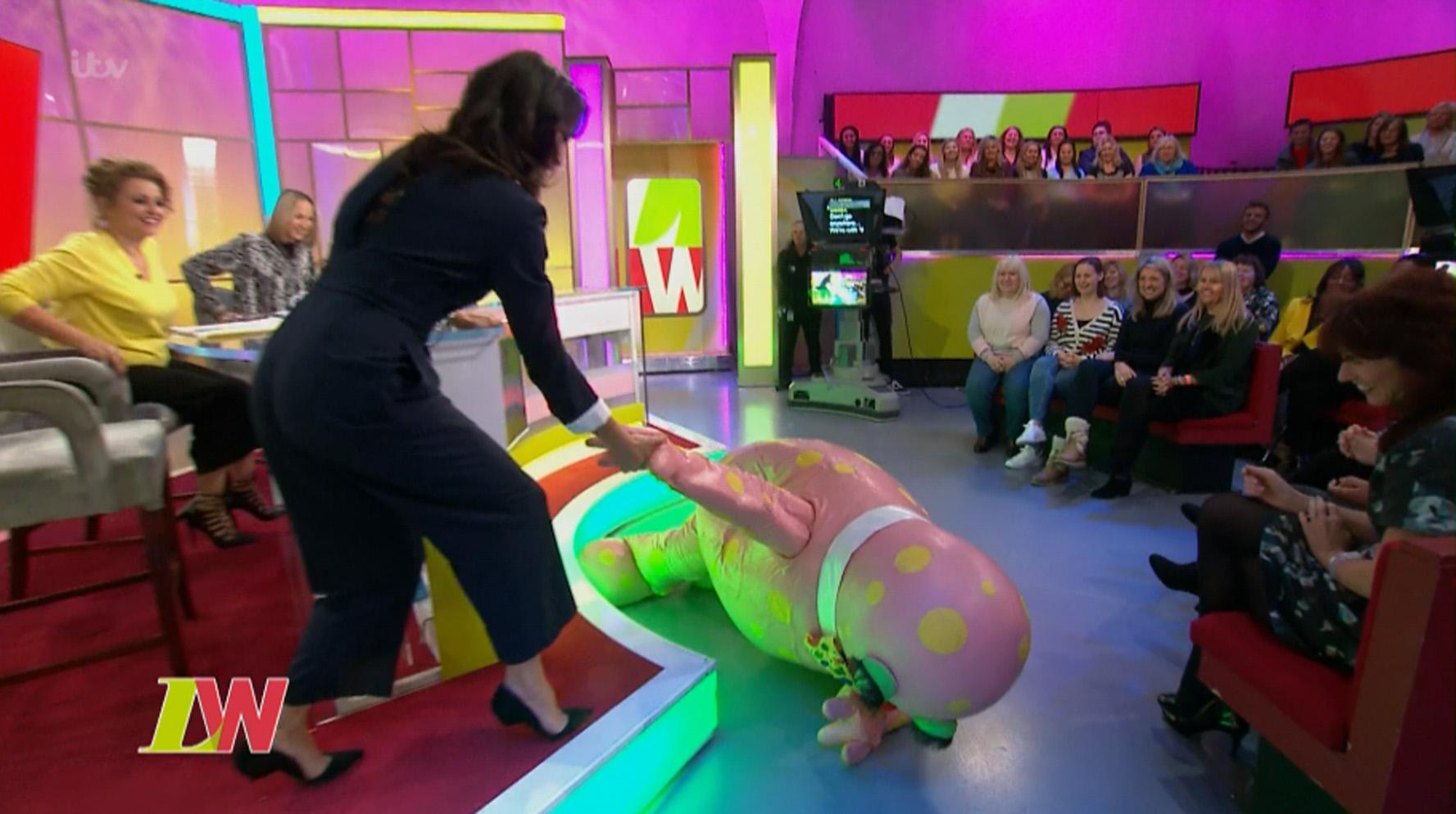 The day before, Noel, 69, said Mr Blobby "got a bar in Marbella and Mrs Blobby left with the kids and he drank the profits frankly".

Today, the 90s comedy star charged on to the Loose Women set and mumbled through his interview, pressed a forbidden red button backstage, and slapped make-up on fellow guest James Argent.

His appearance comes after The Sun revealed telly legend Noel is bidding to revive his classic House Party show.

The fun-filled BBC1 favourite, with comedy character Mr Blobby, was last on screens in 1999. 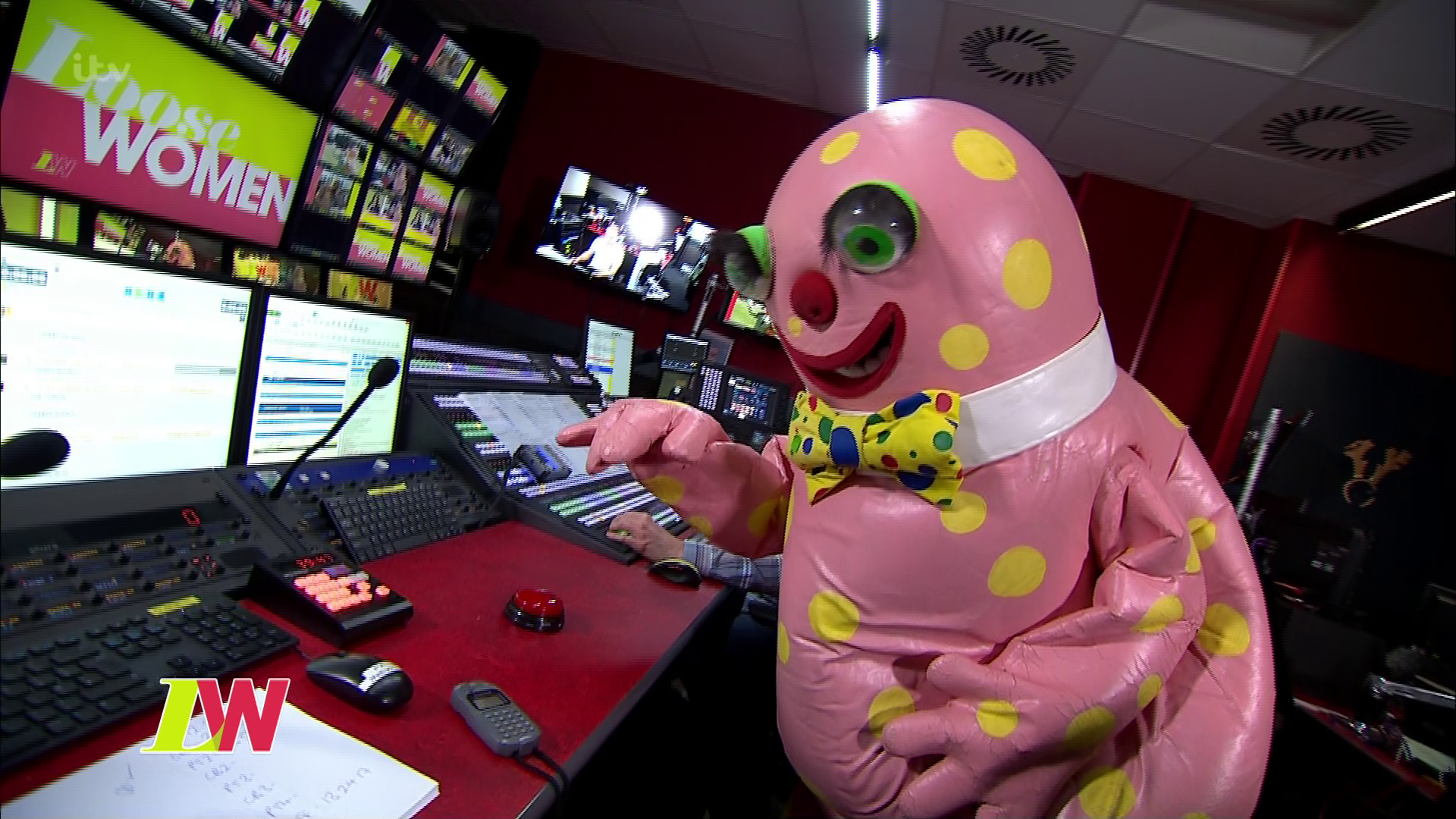 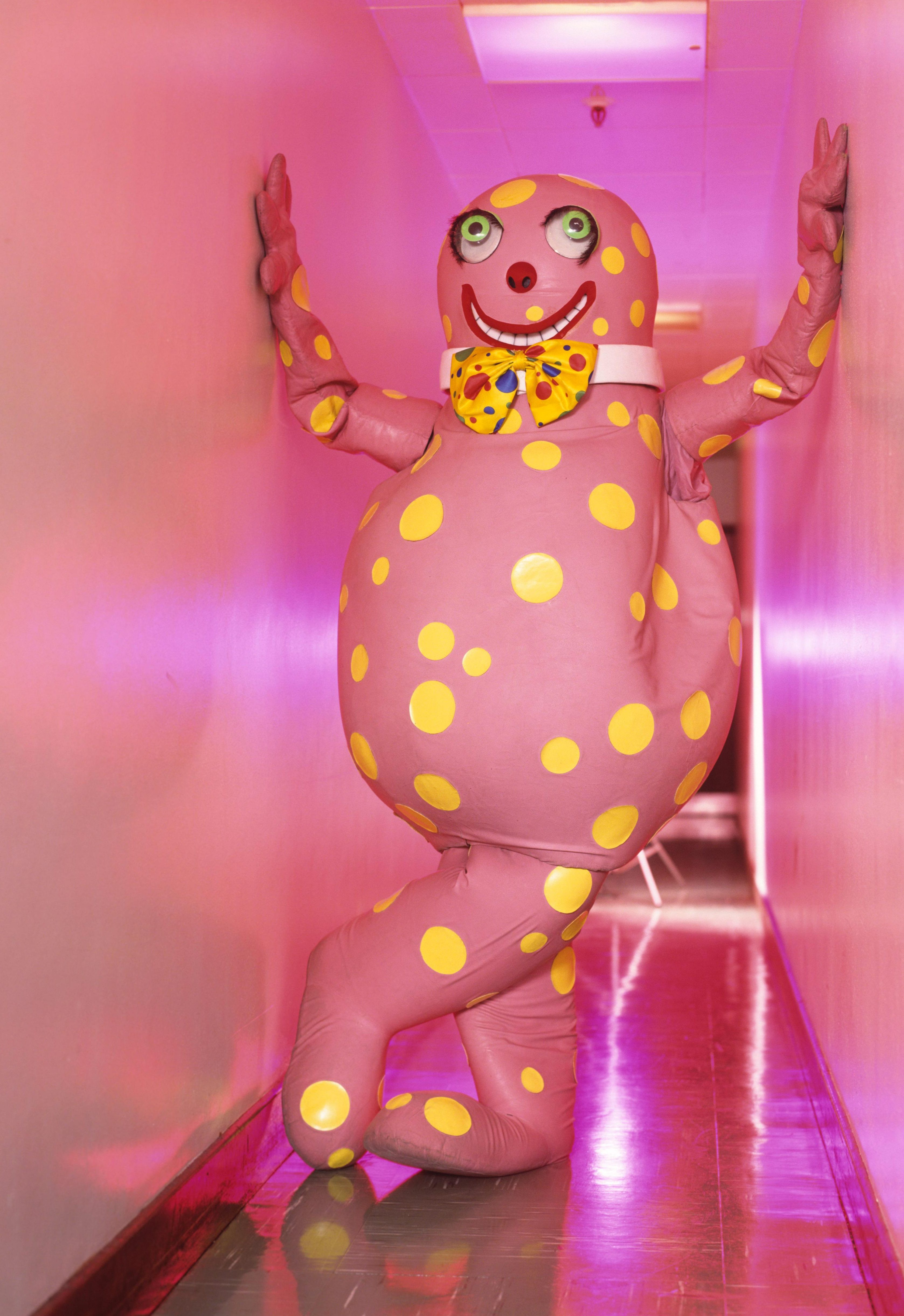 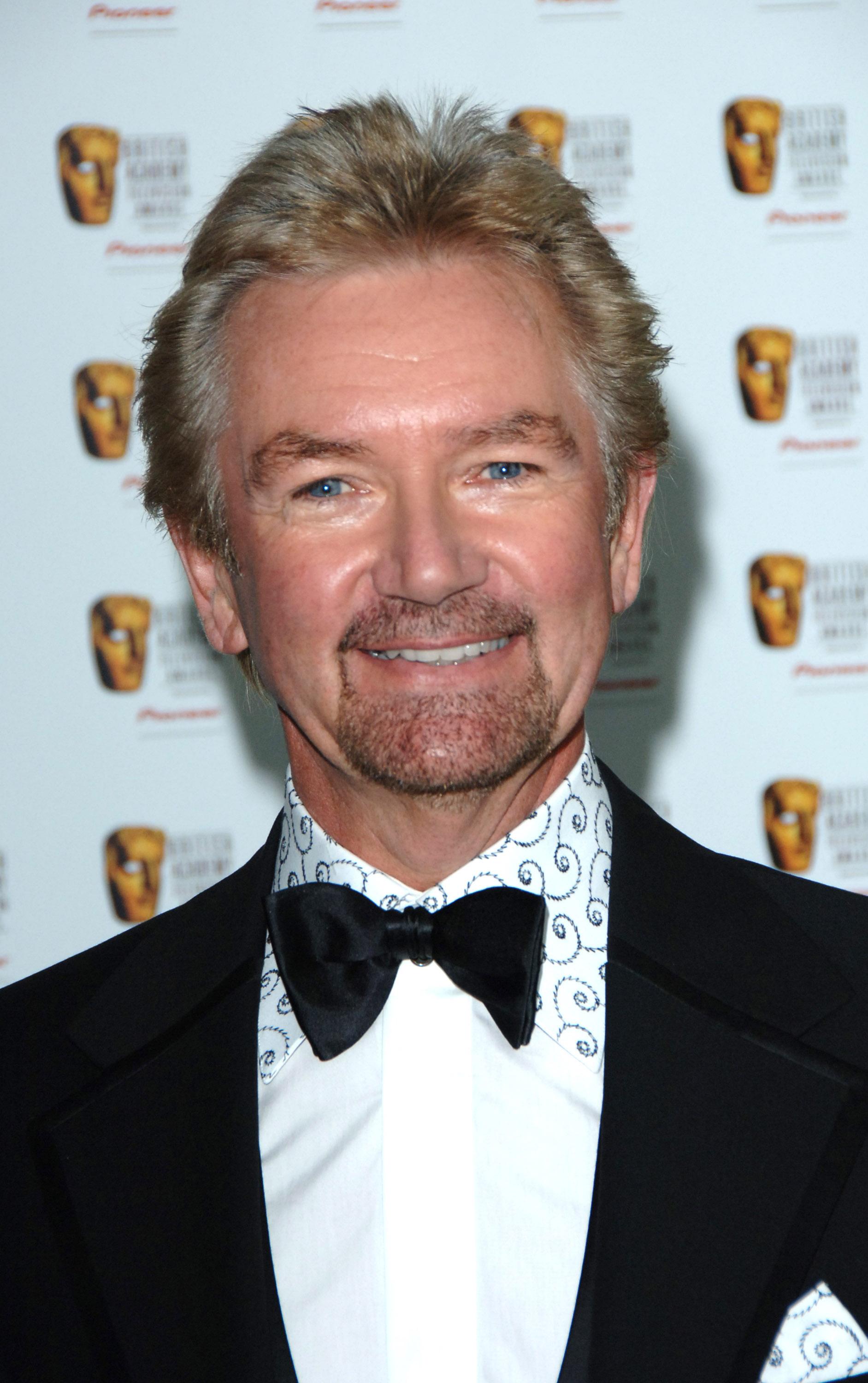 But TV insiders say Noel, 69 plans to pitch a revival to other broadcasters after his successful appearance on Ant & Dec’s Saturday Night Takeaway.

A TV source said: “Noel is involved in planning a pitch alongside a production team who will take it to TV execs.

“He’s open to the show being modernised, but the basic format worked. 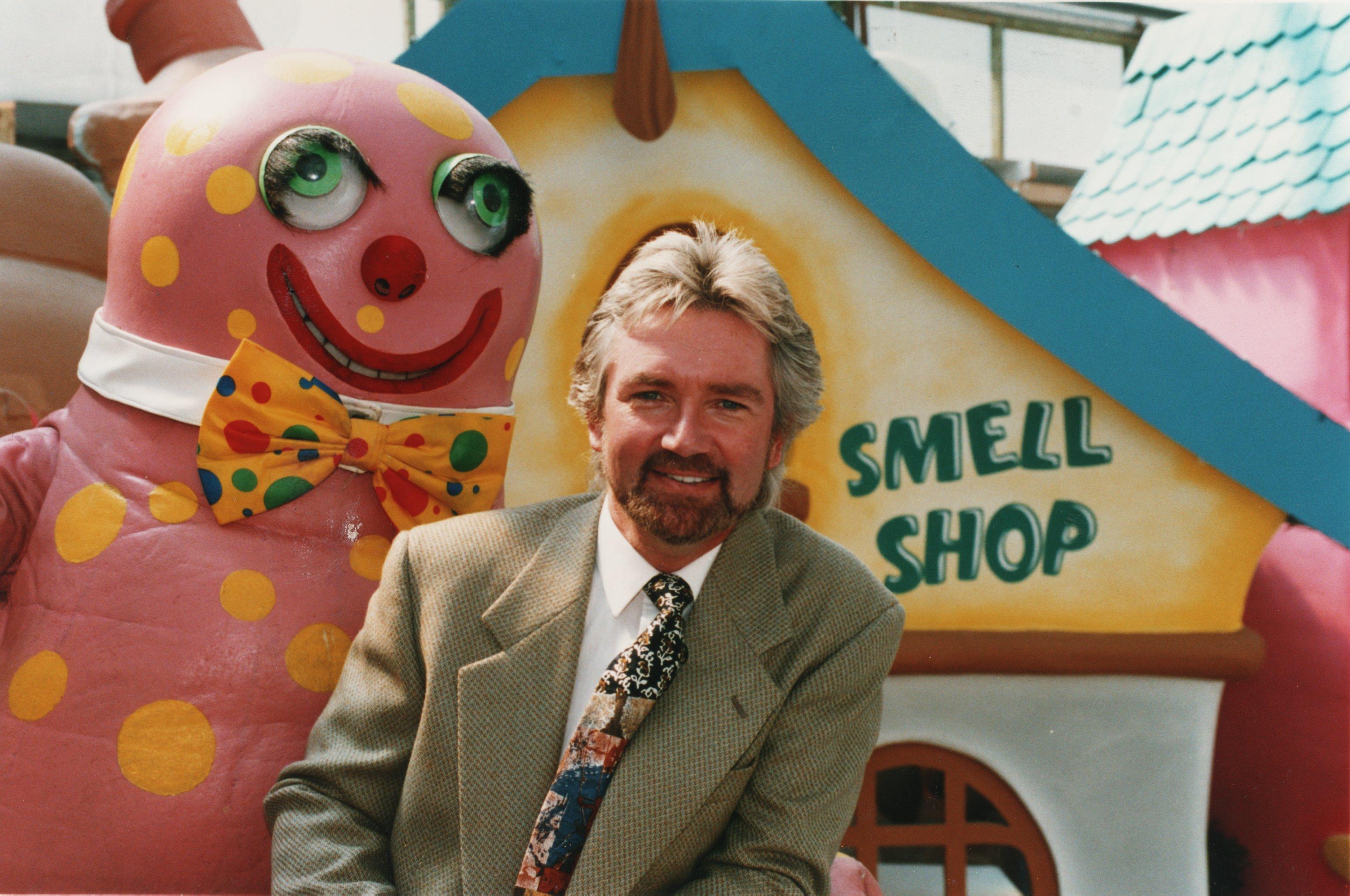 They added: "That’s why it’s so fondly remembered.”

The presenter will enter the I'm A Celebrity jungle tonight after a preview showed he will be revealed at the camp leader.