MPAA Turns 50: Here Are 12 of the Biggest Ratings Controversies, From ‘Basic Instinct’ to ‘Blue Valentine’

Ask folks in Hollywood what they think of the Motion Picture Association of America’s Classification & Ratings Administration (CARA), and you’ll get an earful. (Documentarian Kirby Dick made a whole film about it, “This Film Is Not Yet Rated.”) Filmmakers have become so sophisticated about the vagaries of the ratings board (one F-word per PG-13 movie) that they often manipulate the process by adding footage they’re willing to lose later in order to get what they want into their final cut.

And over the decades, ace marketers have followed the game plan perfected by Miramax’s Harvey Weinstein when he publicized battles with the ratings board just to get exposure for movies like “Scandal,” “The Cook, The Thief, His Wife & Her Lover,” “Clerks,” “Kids,” and “Fahrenheit 9/11.”

But while filmmakers get exorcised over the board’s many myopic decisions over sex and violence and issues like the studios getting away with more than the indies, MPAA president Jack Valenti had valid and urgent reasons for launching a voluntary ratings system back on November 1, 1968, whose founding mission remains, said MPAA Chairman and CEO Charles Rivkin, “to maintain the trust and confidence of American parents.”

While the system as implemented today is admittedly imperfect, Hollywood has managed to avoid what happened in China, where a government protectively enforces ratings for its entire population, from three to 93, as well as filmmakers having to recut their movies to meet the demands of different local censorship boards all over the country, from Chicago to Dallas. Battles over such films as “Who’s Afraid of Virginia Woolf” and “Blow-Up” led Valenti to devise this self-imposed ratings system, signed onto by the MPAA member studios as well as exhibitors. By 1993, five years later, America’s last censorship board was disbanded.

Here’s a sampling of some of the more colorful ratings wars over the years. 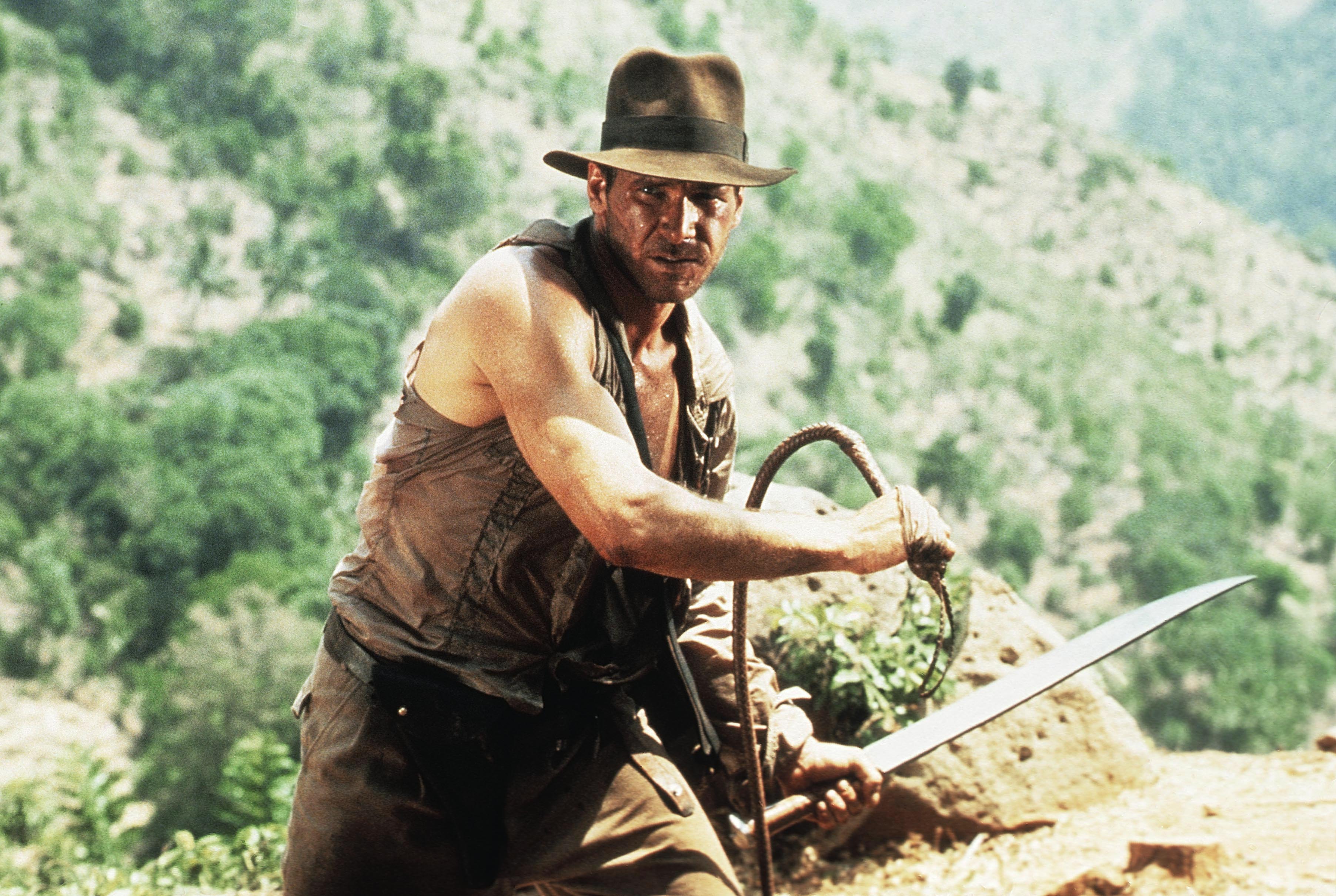 “Indiana Jones and the Temple of Doom”

The film that changed the rating system. Once upon a time, there was nothing between a PG and R rating. It’s a situation that left parents irate when they brought their children to see the PG-rated Indiana Jones sequel. The franchise took a dark and violent turn with the “Temple of Doom” story, which included a child slavery cult, dark magic and human sacrifice. Director Steven Spielberg ran into a similar backlash with “Gremlins,” which he produced, and proposed to MPAA president Jack Valenti that it was time to create of rating that fell between PG and R. And PG-13 was born. —Chris O’Falt

Philip Kaufman loosely adapted Anaïs Nin’s French-language book “Henry and June,” about her sexual encounters with “Tropic of Cancer” writer Henry Miller and his second wife, June. It bears the distinction of being the first film the MPAA assigned its NC-17 rating – the new designation the ratings board came up with to replace the X rating, which had become a kiss of death to any movie that received it. The NC-17 was meant to be more respectable. But it was only a few things that caused “Henry and June” to receive the rating: the inclusion of Hokusai’s octopus erotica, “The Dream of the Fisherman’s Wife,” and a few moments of louche behavior at a Baccanale. Perhaps recognizing that the audience for his film was certainly only adults to begin with, Kaufman did not fight the rating – many since have recut their films to ensure they would get the more commercial R rating. It seems fitting that already-deceased Miller, whose own works spawned censorship trials and were frequently banned throughout the US during his lifetime, would help inaugurate the NC-17. —CB 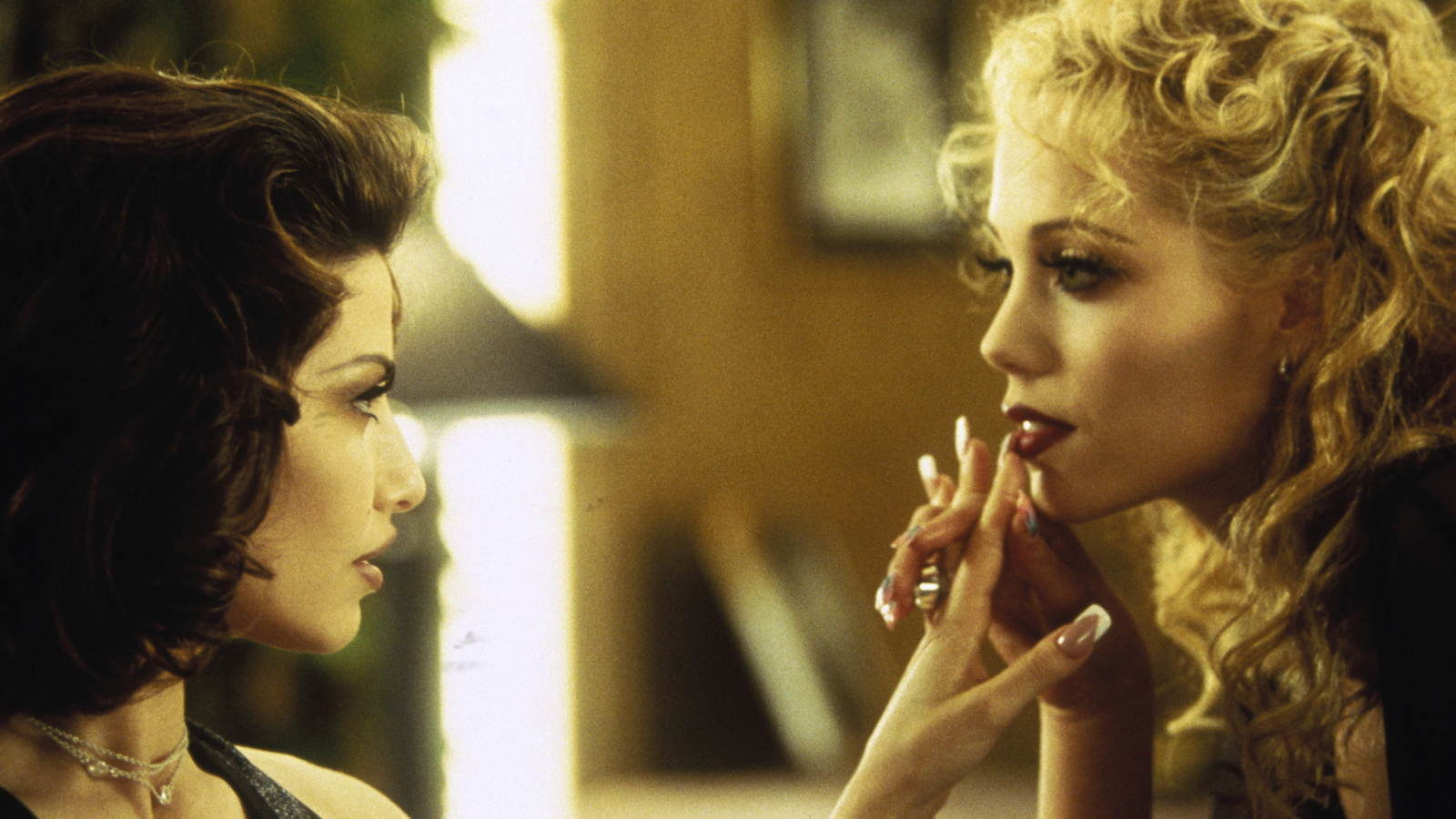 Few directors have titillated in quite the same way as Paul Verhoeven, whose ’90s output was among the most scandalous in Hollywood. That began with “Basic Instinct,” which features an iconic, endlessly parodied scene in which Sharon Stone briefly shows all while being interrogated. Verhoeven claims he only had to remove 35-40 seconds in order to change the initial rating of NC-17 to R — “I didn’t have to cut many things, but I replaced things from different angles, made it a little more elliptical, a bit less direct,” he told the New York Times — and it clearly worked: “Basic Instinct” made more than $350 million worldwide.

His follow-up wasn’t as successful. “Showgirls” remains the only film to receive both an NC-17 rating and a wide theatrical release, which didn’t work as planned: The film made just $37.8 million against a budget of $45 million on its way to becoming one of the decade’s most critically reviled movies. Its reputation has grown in recent years, with some reclaiming it as a cult classic whose satire went unappreciated at the time, but United Artists probably would have preferred a more conventional success. —Michael Nordine 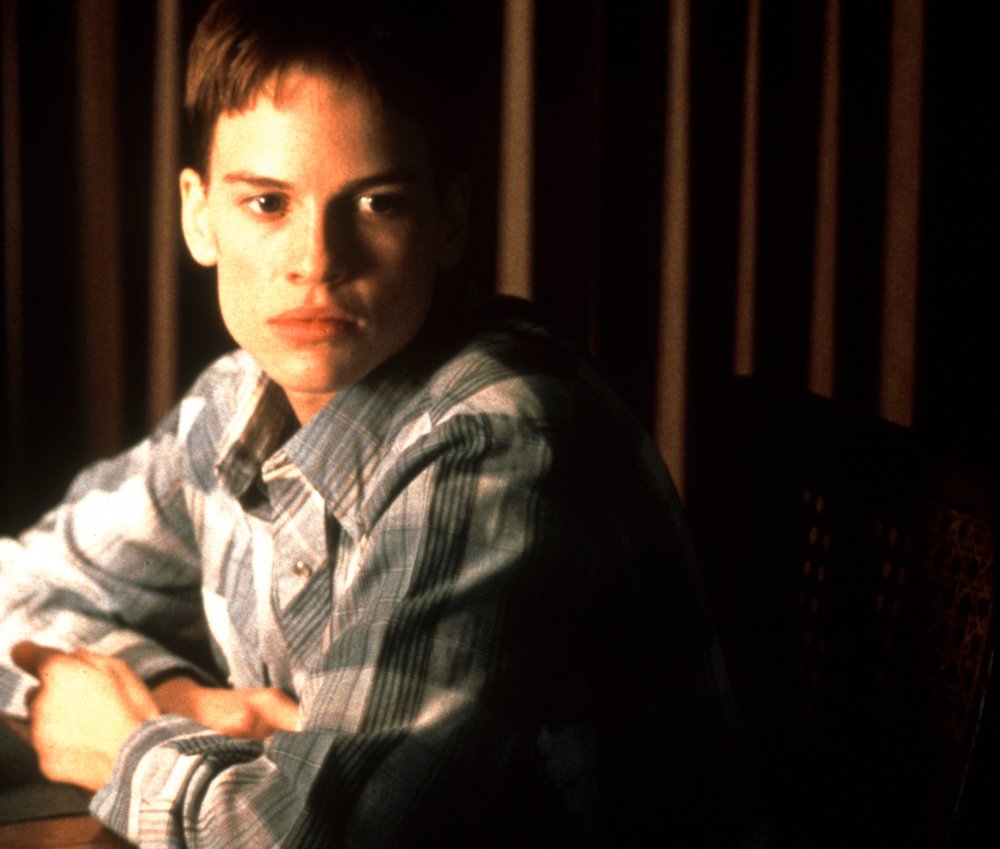 If ever you wondered why the MPAA gets so much flack, consider “Boys Don’t Cry”: Its NC-17 rating was reduced to an R not because director Kimberly Peirce cut a violent rape scene but by excising sex scenes between Hilary Swank and Chloë Sevigny. (Peirce claims she was told by the MPAA that an orgasm in one scene was “too long.”) Doing so certainly improved the film’s commercial viability, as the $2 million project ultimately went on to make $11.5 million at the box office and earn Swank her first Academy Award for Best Actress. —MN 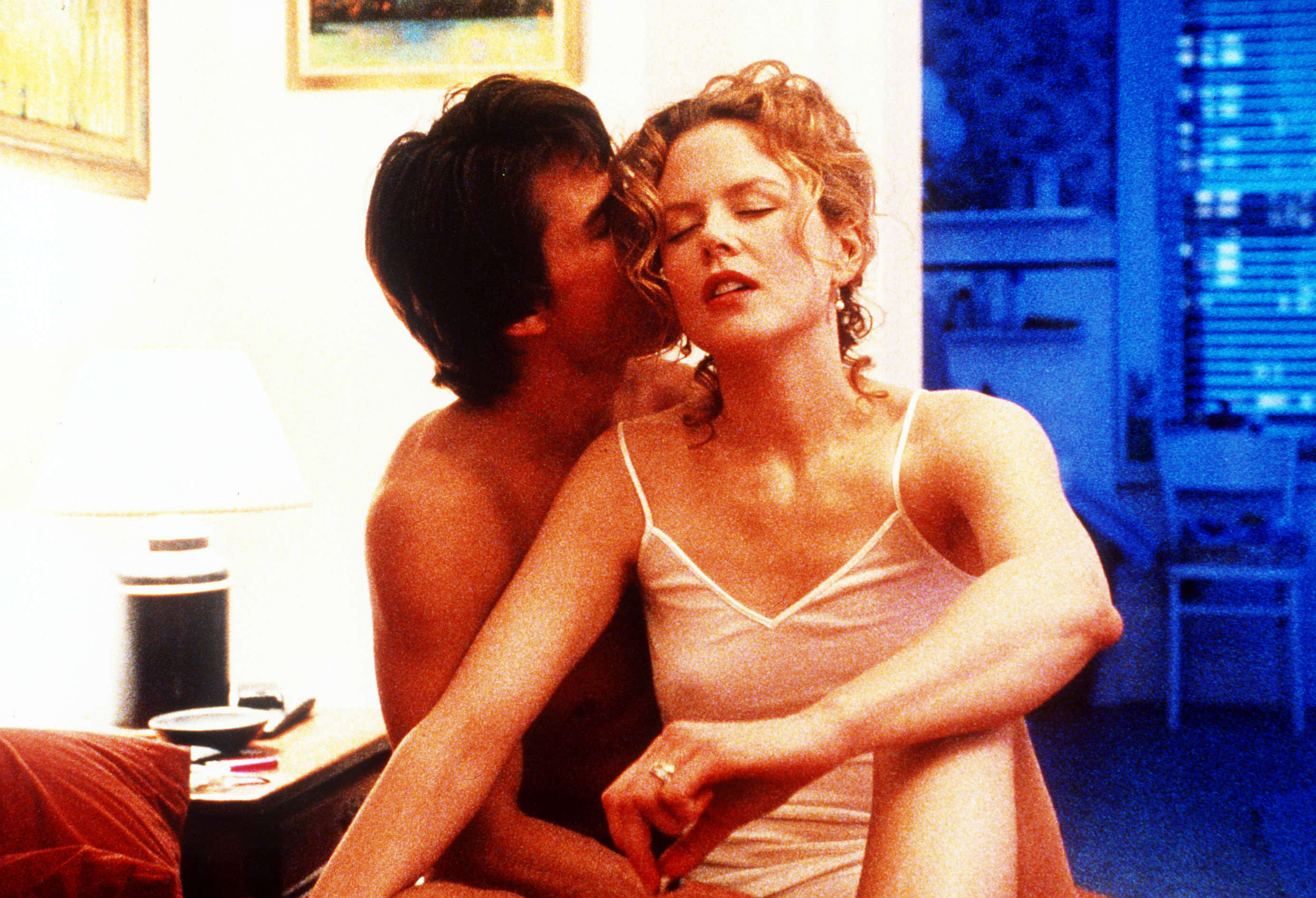 Stanley Kubrick died six days after screening his final cut (though there is debate as to how finished Kubrick actually was) for Warner Brothers. The studio, needing to deliver a R-rating, was forced to make changes to the orgy scene to satisfy the MPAA. The studio’s solution to steer clear of an NC-17 rating was to digitally insert objects to block particularly graphic sexual aspects of the scene. While it is impossible to know how Kubrick would have handled the “contractual obligations” (the studio’s language to describe the situation) to deliver a R-rated version, it is hard to imagine he would have chosen this route. Considering how particular the director was about his framing choices, this silly solution spurred a debate inside the film community that hung over the film’s posthumous release. Roger Ebert was one of the most vocal critics, calling it the “Austin Powers” solution. —CO 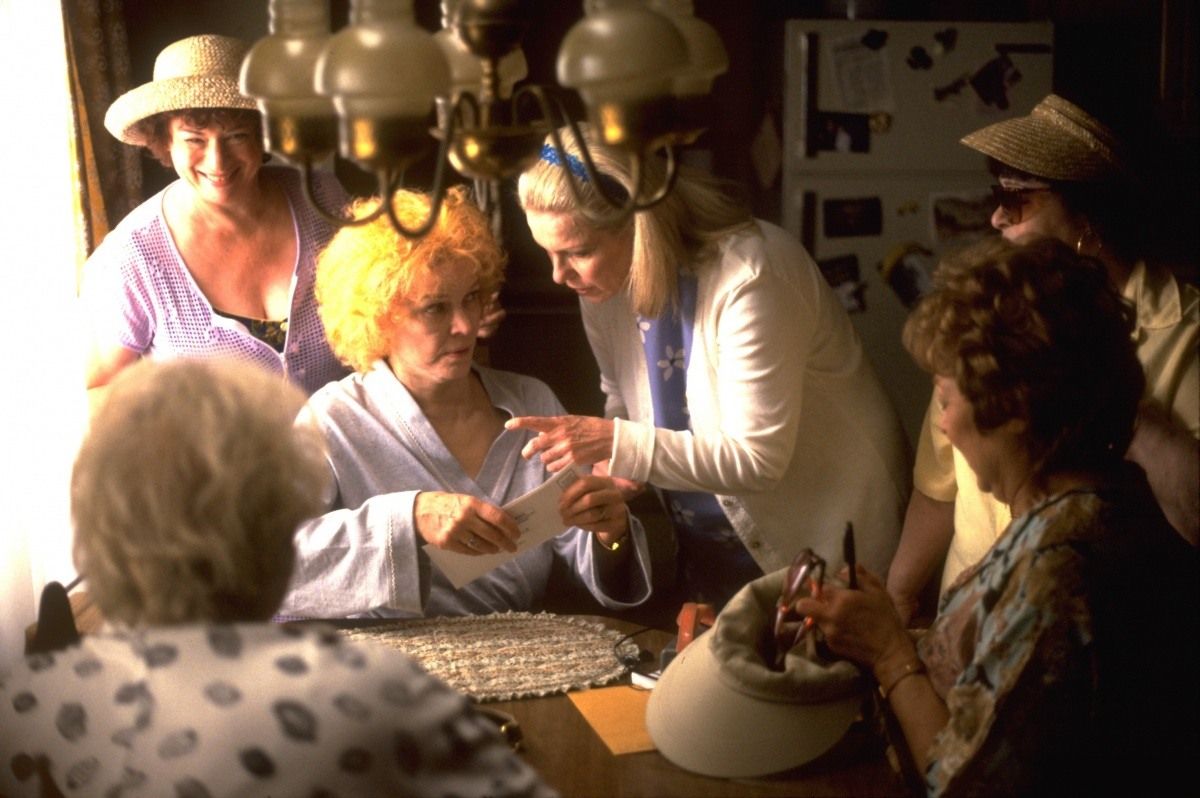 “Requiem for a Dream”

Darren Aronofsky lost his appeal to change the NC-17 rating for his intense sophomore film, based on Hubert Selby Jr.‘s cult novel about four very different drug addicts (Jennifer Connelly, Jared Leto, Ellen Burstyn, and Marlon Wayans). “I think there is a place in the world for the MPAA,” Aronofsky told IndieWire at the time. “I think it’s important for people to know what they’re going to go see when they pay their money for a movie. I think, though, their understanding of what the pulse of America is really, really behind the times.” He added that “the NC-17 rating is clearly outmoded, a hindrance and very problematic. There should be some type of rating for films that are meant for adults. The entire film had been constructed for a single three-minute climax that was the source of the MPAA’s complaints, so indie distributor Artisan released the film uncut and unrated, and got away with it: the movie did modest business ($3.6 million domestic) and scored an Oscar nomination for Burstyn. Later on, the slightly trimmed film was “Rated R for intense depiction of drug addiction, graphic sexuality, strong language and some violence” for its release on video. —Anne Thompson 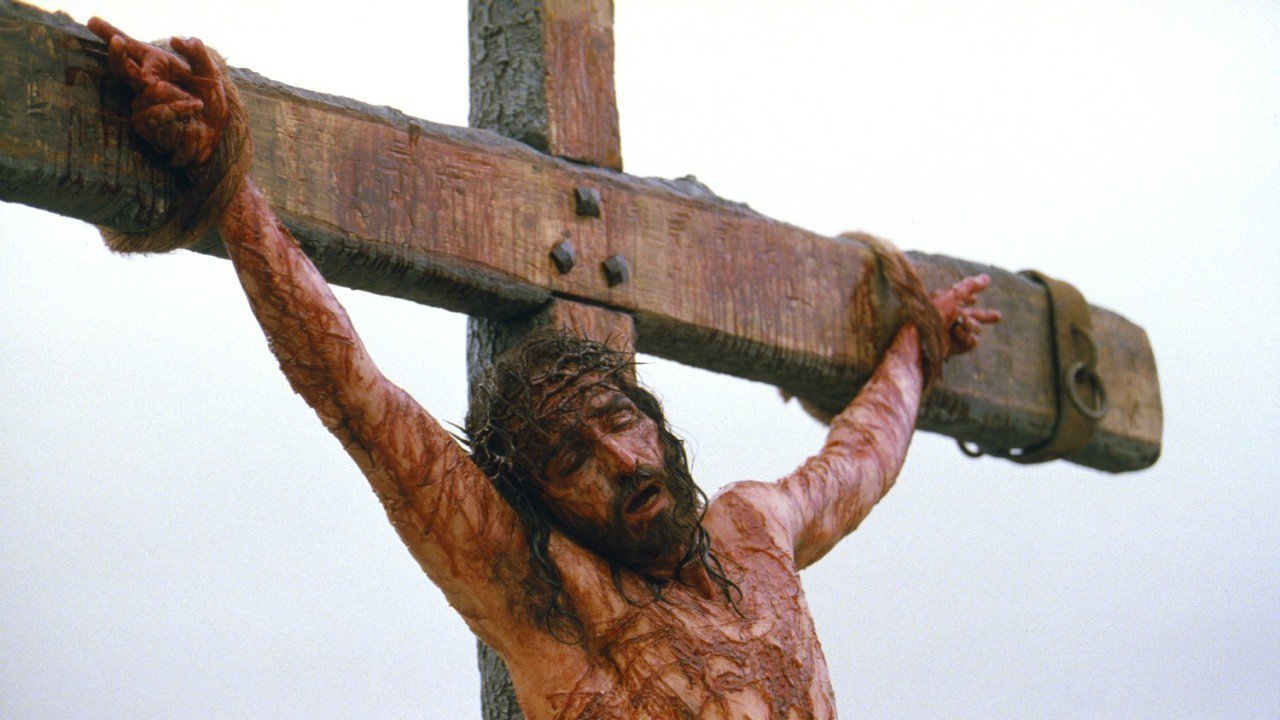 Its running time is just a little over two hours but almost all of it is taken up with about as graphic of a depiction of man’s inhumanity to man — or man’s inhumanity to the Son of Man, as it were — as you can imagine. Ebert, who had been reviewing movies for almost four decades by the point of its release in 2004, went so far as to say of “The Passion of the Christ” that it was the most violent film he had ever seen. And yet somehow it did not receive an NC-17 rating, the designation the MPAA had created for serious, non-pornographic films with content that should only be seen by adults. With the lesser R rating, children can be admitted to the film so long as they are accompanied by an adult. Which means that many, many children were brought to see “The Passion of the Christ” by their parents — the film grossed $370m in the US. The film was particularly successful with church groups who would even buy out entire theaters for the whole congregation to see this bloodiest of Sunday School lessons. “The MPAA’s R rating is definitive proof that the organization either will never give the NC-17 rating for violence alone,” wrote Ebert, suggesting as many have that the ratings board is far more puritcanical when it comes to sex. “Or [the MPAA] was intimidated by the subject matter. If it had been anyone other than Jesus up on that cross, I have a feeling that NC-17 would have been automatic.” —CB 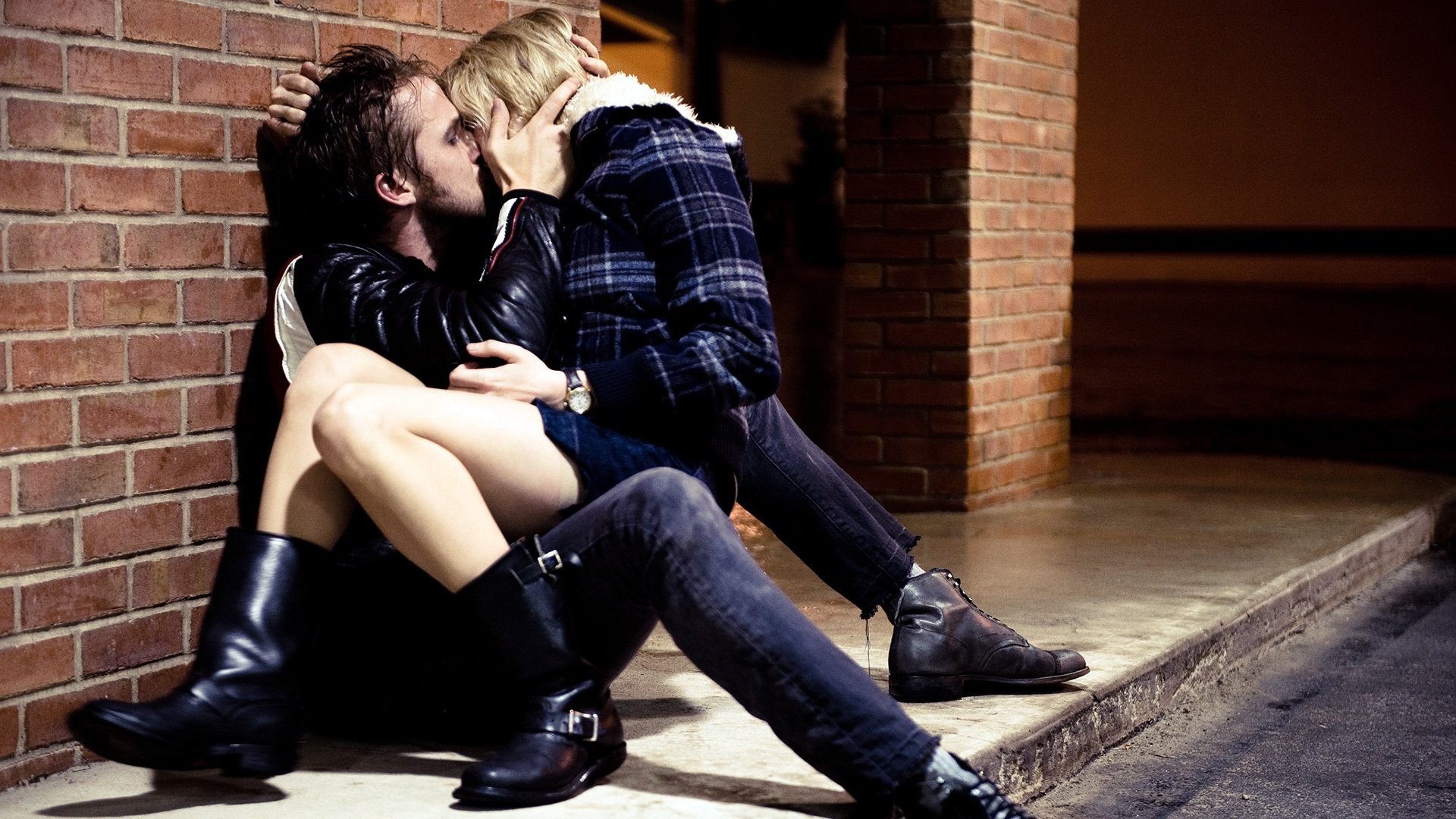 In this infamous Miramax ratings showdown, what could have been the worst date movie ever became a hit, thanks to a surprise NC-17 rating. This searing, intimate drama about a marriage falling apart starred Ryan Gosling and Michelle Williams, who performed in two naturalistic sex scenes. In one, clothed Gosling gives clothed Williams oral sex; in a later parallel scene the couple try to ignite some of that old magic in a dark hotel room. When CARA dropped the NC-17 news, Harvey Weinstein waged war and won a successful appeal for this raw Sundance drama — argued by him and Bush v. Gore lawyer David Boies. At the time, filmmaker Derek Cianfrance and his stars — who wrote open letters to the MPAA — had not expected such sexuality and intimacy to be taboo. The media went for the story, repeatedly comparing the film’s oral sex to Mila Kunis and Natalie Portman’s in “Black Swan.” Executive producer Jack Lechner has called the NC-17 rating “the best thing that ever happened to ‘Blue Valentine.’” That’s because Weinstein fomented waves of publicity into a $9.7 million domestic hit and an Oscar nomination for Williams. —AT 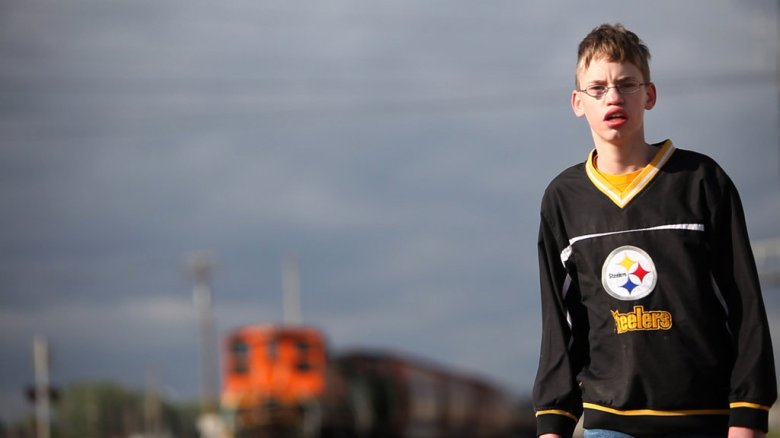 In one year, a pair of very different movies created one big stir. While “The Hunger Games” was a major blockbuster release aimed at a younger demographic, it was filled with violent deaths, including teenagers dying onscreen. By MPAA standards, this may have been enough for an R rating, but “Hunger Games” skirted by with a PG-13. Months later, Lee Hirsch’s acclaimed documentary “Bully,” which captured high school experiences of bullying in unflinching detail, wound up with an R rating for its language. As “The King’s Speech” had previously demonstrated, all it takes is one “fuck” and the R is preordained. Once again, the ratings controversy may have helped elevate a movie that would’ve faced a tough marketing battle without it, though it was an especially valuable conversation this time around — since “Bully” was exactly the sort of movie that teenagers needed. to see. —EK