In a show about robbers stealing millions from the Spanish government, it can sometimes be hard to pinpoint exactly who the villain is. Luckily, Money Heist (La Casa de Papel) has made some of its most recent baddies so despicable that it’s hard to miss them. Throughout the heist at the Bank of Spain, the robbers are faced with one threat inside the bank with them and one outside.

The brain of the operation against them in season four is Alicia Sierra (played by Najwa Nimri): she is the inspector called in to try and capture the robbers.

But the more imminent threat for the gang is definitely Gandia (José Manuel Poga), the head of security for the bank who is trapped inside with them.

He is brutal and ruthless in his efforts to protect Governor Urbaneja (Pep Munné) and will cause more harm to the robbers than they ever expected from him.

Gandia attempts to strangle Helsinki (Darko Perić) with a noose and he is able to capture Tokyo in one particularly graphic scene. 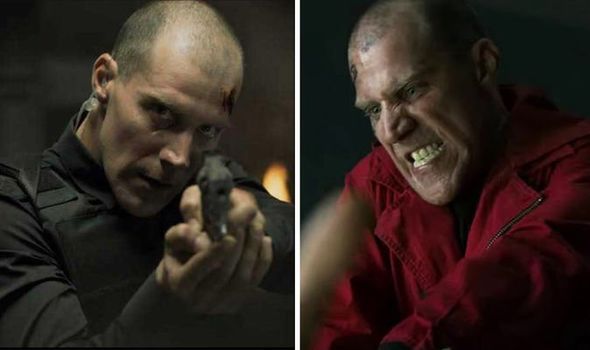 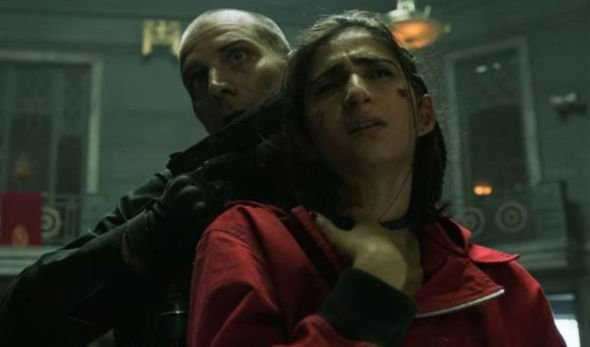 “He’s an assassin,” is how the Professor (Álvaro Morte) describes him.

And he proves that when he attempts to smother Nairobi (Alba Flores) and later shoots and kills her.

Fortunately, the robbers manage to capture him and put him in handcuffs.

But while he is an exciting villain for the show, even a skilled fighter like Gandia is not without fault.

Fans have recently spotted a mistake in one of the key scenes involving the character. 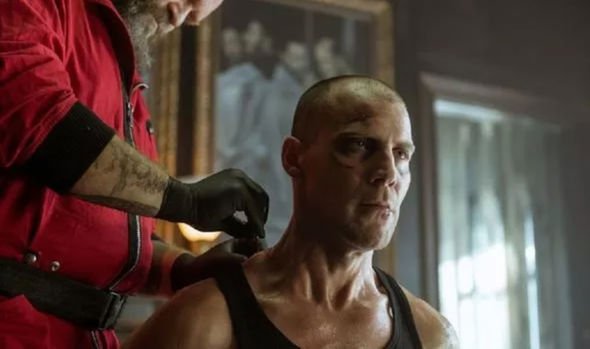 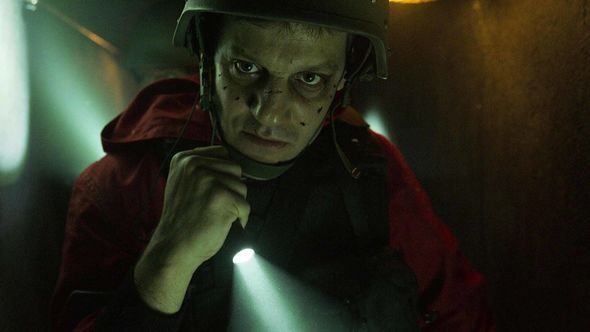 In the season four episode Anatomy Lesson, Gandia manages to escape from his handcuffs after following advice given to him by Palermo (Rodrigo de la Serna).

The scene shows the security guard forcing his right hand through the cuff and injuring himself doing so,

However, a fan noticed that in the following scene something looks different.

Writing on the forum site Movie Mistakes, they noted: “Continuity mistake: Gandia dislocates his right-hand thumb/wrist to free his right hand from the handcuff as shown from the back but the next shot shows a free left hand instead.”

In fact, from there on Gandia’s signature will be the handcuffs dangling from his right wrist.

Even in the show’s promotional pictures, the handcuffs are on that same hand.

While this cannot be explained in any other way than a mistake on behalf of the show production, it’s not such a big error to ruin Gandia’s character.

He still managed to escape the bank and join forces with the police outside to try and catch the robbers.

By the end of season four though, Sierra seems to have regained the spot as the top villain.

After being fired from the police for her inhumane methods of interrogation and torture, she continued the investigations on her own.

She found where the Professor was hiding and went to face him, pointing a gun to his head.

Will the mastermind behind the heists survive the season five premiere or is this the end for him?

Money Heist season 4 is available to stream on Netflix.

Great British Bake Off: Why are Rebs and Abdul missing tonight?