Mayans M.C. Gato/Mis Preview: The promise of war looms over both sides 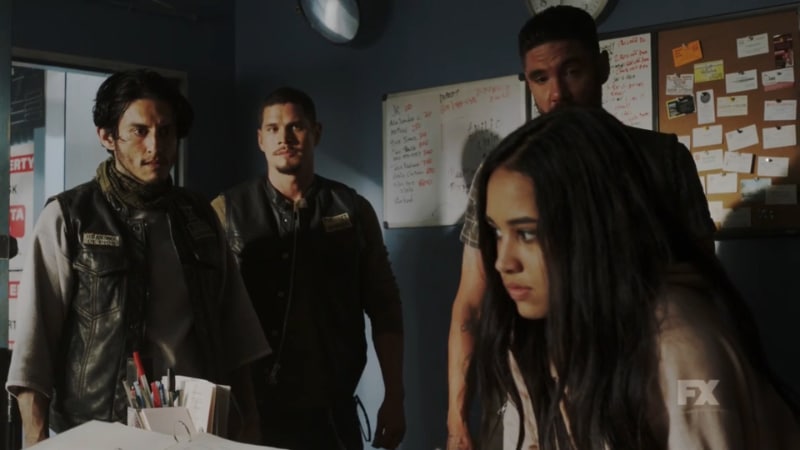 Tensions are rising on Mayans M.C. as relationships are tested. The preview for the next episode of Mayans M.C. titled Gato/Mis promises extra action and brutality. Here, we break down the preview for Gato/Mis and share our speculation about the Galindo Cartel, the Olividados, and the M.C.

Directed by Félix Alcalá, the synopsis for Gato/Mis reads as follows:
“EZ continues to prove his worth as a prospect as both sides of the border must grapple with harsh realities.”

The preview for episode 6 of Mayans M.C. begins with a close shot of Angel (Clayton Cardenas) and Adelita (Carla Baratta), as Angel finally addresses the strained business relationship between them, saying, “I need to know everything.” 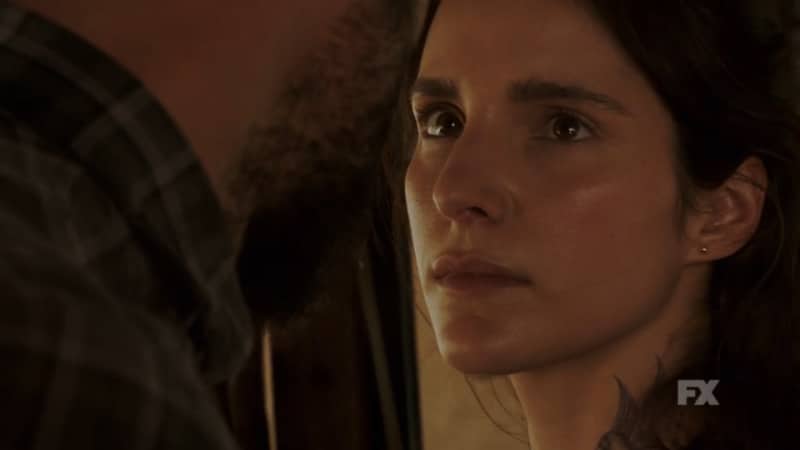 Over the last 5 episodes, Adelita kept crucial details from Angel, only using him to get intel on the heroin shipments and as a middleman to sell the heroin on her behalf.

Adelita and Angel have the same goal- to take out Galindo. However, their motives are different. Angel wants the club free from doing the dirty work of the cartel and Adelita wants personal revenge and to restore life beyond the border.

This long-overdue conversation is finally being had between the two as Angel steps up to reestablish the parameters of their business relationship. Additionally, Adelita has yet to reveal what her plan is once she’s received the money from the 6 keys of heroin.

In this scene in episode 6, we hope Adelita will tell Angel what that plan is and if it involves Cristobal.

The preview then cuts to the Romero Bros. Scrap and Salvage Yard at the clubhouse where Coco’s daughter Leticia is present.

Coco (Richard Cabral) has attempted to keep his personal life out of the club, but now that his daughter made her presence known, Coco will have no choice but to explain to Angel and EZ.

Furthermore, Coco is a prime suspect to Bishop, Taza, and Hank. Should he find himself on the hot seat he may have to act as a distraction to keep attention off of Angel, buying him more time with Adelita.

We then see Kevin (Maurice Compte) speaking with Felipe Reyes (Edward James Olmos) asking if he would hurt his wife and kids. Felipe’s threat seems to have worked as Kevin is afraid of Felipe. 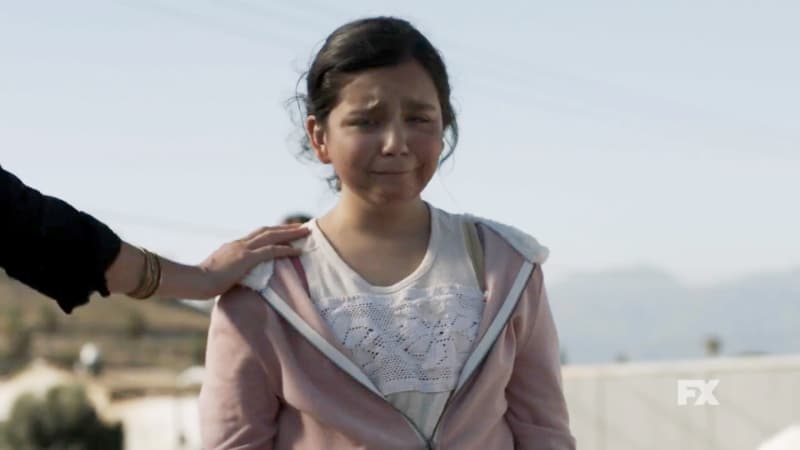 We see Mini crying as Adelita reaches out to comfort her. After Adelita learned that her name and photo had been leaked, Adelita may go on in an investigation of her own to find out which kid leaked the information.

We could be looking at Mini being heartbroken that she convinced Adelita to take Andres in, who is Miguel’s spy. We will have to see what plays out here, and if this scene involves Andres or worse, Pablo, Adelita’s right hand.

There is a quick shot of Miguel (Danny Pino) and Emily (Sarah Bolger) embracing one another, while Miguel appears to be somewhat distressed.

This episode could dive deeper into Cristobal’s abduction. After the last episode when Emily and Miguel aired out their frustrations they may be working together. 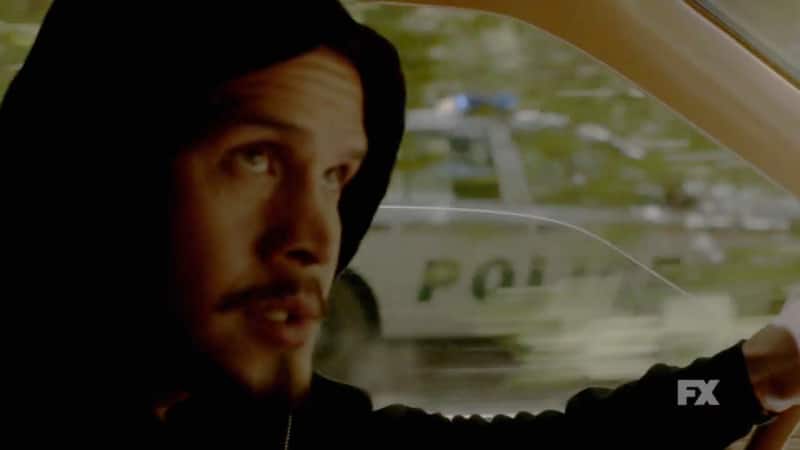 Police engage in a high-speed chase after a tan vehicle and we see that EZ Reyes (JD Pardo) is the driver. We also see EZ in a fight with a man as he elbows him in the face.

A trunk of a car opens displaying a body inside. There are many possibilities for who this might be, but Pablo, the man always seen closely working with Adelita, comes to mind.

However, this tan car looks similar to the one EZ was driving while being chased by police. This body could very well have something to do with EZ and the club. 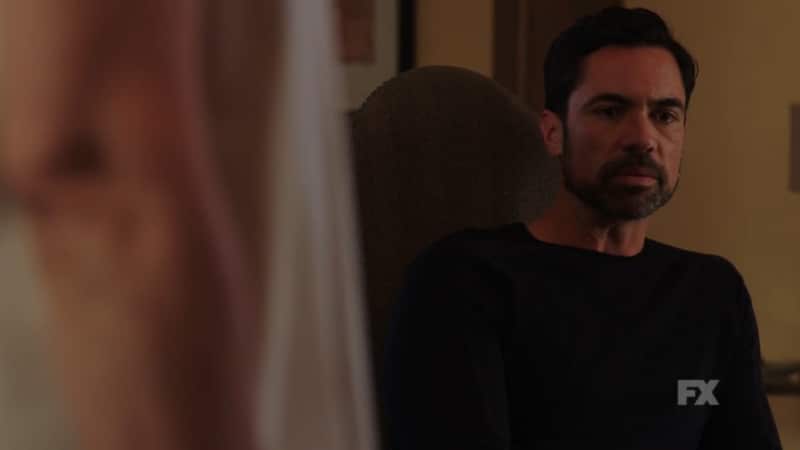 The preview ends with Miguel saying “slaughter every one of them.”

He is likely saying this to Emily, who is standing off to the side. Emily may now be privy to Miguel’s plans with the rebels and will share with her what his next move is rather than keeping it from her. If he is referring to the rebels, we will have to see if Emily agrees with this decision.

Here is what we speculate will occur in Gato/Mis:

We get some insight into how or why Chucky ended up in Santo Padre. We don’t expect a drawn-out explanation, but it may put an end to the burning question in the backs of our minds.

No EZ and Emily scene

After Miguel and Angel, both warned EZ not to see Emily, we expect EZ to abide by his promise to not further complicate things by keeping a fair distance for at least another episode.

We will have to see if Hank (Frankie Loyal) closes in on Coco and Angel. In the last episode, Bishop (Michael Irby) asked his sergeant at arms, Hank, to keep them close.

We hope this brings more out of Hank as he continues the investigation into the rat. However, he may not get to the bottom of it in this episode. Episode 8 is titled Rat so we can expect all rats to be extracted then.

Episode 6’s title is named after one of the most common household pets. With “Gato” meaning cat in Spanish and “Mis” being the Q’eqchi Mayan word for cat, expect this animal appearance in places much like the dog in Perro/Oc.