Matt Lucas: The final of Bake Off was so emotional I sat alone for two hours

The Little Britain star, who co-presents the show with Noel Fielding, said: “I had to go to my hotel room and sit there alone for two hours because I was quite overcome with emotion. I was really, really happy for the person that won. “But I was also sad because there can only be one winner.” The nail-biting final featuring digital manager Laura Adlington, security guard Dave Friday and student Peter Sawkins, will be on Channel 4 on Tuesday.

Matt rarely watched a Bake Off episode before joining, but says he now ticks off judges Paul Hollywood and Prue Leith over dinner.

He told Waitrose magazine: “I’d be giving Paul and Prue hell sometimes, because I disagreed with their decisions.”

The comic has told how all of the tension and emotion of the final left him floored.

“I had to go to my hotel room and sit there alone for two hours, because I was quite overcome with emotion,” he confessed. “I was really, really happy for the person that won. But I was also sad because there can only be one winner.”

Judge Paul said that the abilities of this year’s bakers have been higher than ever. “The standard’s been exceptional,” he declared. 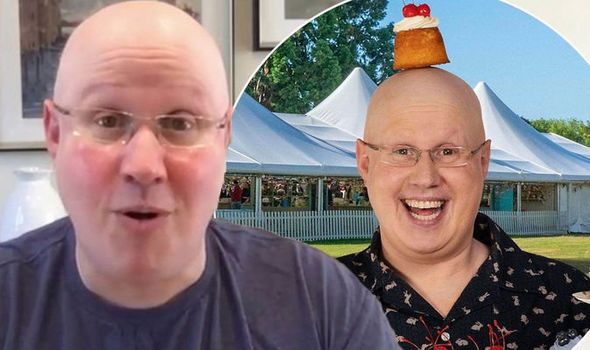 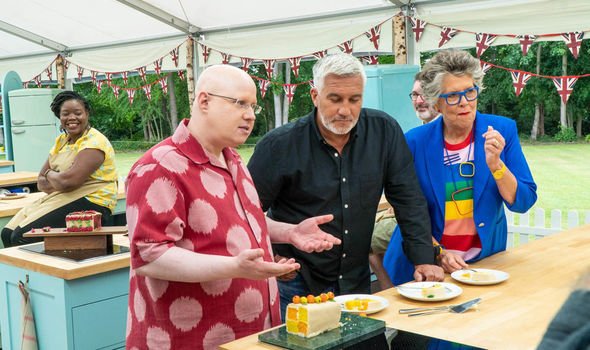 “Who was going home came down to the finest lines some weeks. That’s rare.”

In last week’s semi, Lucas was seen helping struggling digital manager Laura to overcome her fears during the complicated technical challenge, which had left her weeping.

He previously shared laughs with Peter, when the 20-year-old student admitted he didn’t know 80s classics Careless Whisper or True – because he wasn’t born until 2000. “I feel so old now,” Lucas moaned.

And he was one of the first to congratulate security guard Friday on the arrival of his baby son Ronnie last month.

Before joining the show he admitted to having rarely watched an episode of Bake Off, which has now run for 11 series.