Married At First Sight Australia’s Selin Mengu’s birthday celebrations this weekend went off with a spark… quite literally.

The 32-year-old was caught scrambling from a burning car after the luxury Hummer caught fire on its way to a strip club.

In videos shared by Selin’s friend, comedian Christine Abadir, the group are seen standing on the side of a highway as the vehicle is on fire behind them.

‘Guys, our Hummer’s on fire and I’m not even joking,’ Christine explained, while someone in the background asked if the fire department was on its way.

‘We were partying and listening to Tupac, and then it started foaming and doing smoke,’ Christine said in one video.

‘And we were like, okay it’s the party lights, it’s okay.

‘Turns out it’s not the party lights or the party smoke, it was an actual fire.’

Despite the scary situation, Selin and her friends seem to be making light of the moment, as in some clips they’re seen twerking in front of the fire.

‘If you ever feel ugly and depressed just remember that our Hummer is on fire in the middle of a highway,’ Christine, who has 1.8 million followers on TikTok, said in one video while the car burned behind her. 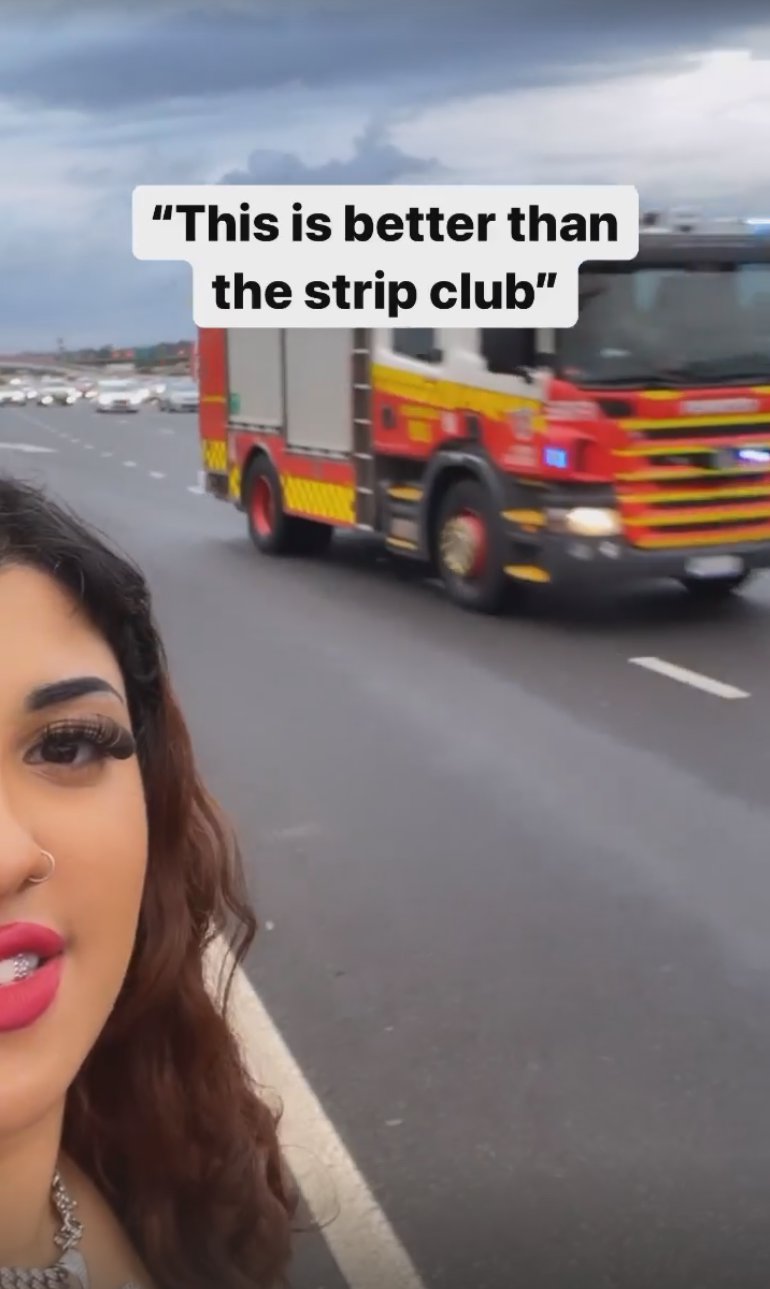 Christine also joked that the police officers were so ‘hot’, adding: ‘Maybe they can be the strippers’.

Videos from earlier in the night showed Selin enjoying her birthday evening and quaffing Champagne in the luxury car, before disaster struck.

The party group did end up making it to the strip club, although they were transported in a fire truck rather than a luxury car.

The single mum’s celebrations follows her ‘marriage’ with Anthony Cincotta ending after they both decided to write leave during a commitment ceremony.

Anthony, a pro-wrestler and dad to a nine year old, and Selin, seemed to get their happily ever after as soon as she walked down the aisle, however, it just wasn’t meant to be.

‘The time was up for Anthony and I in the experiment, we both decided it was the best thing we could do to end it and are civil,’ she had said of the experience.

Married At First Sight Australia is available to watch on All4.