THE stars of Married At First Sight UK have already said “I do” to a glossy spin-off – even before the revamped series has aired.

Channel 4 bosses are so confident the new show will be a ratings smash they have ordered a follow-up which the newlyweds have agreed to. 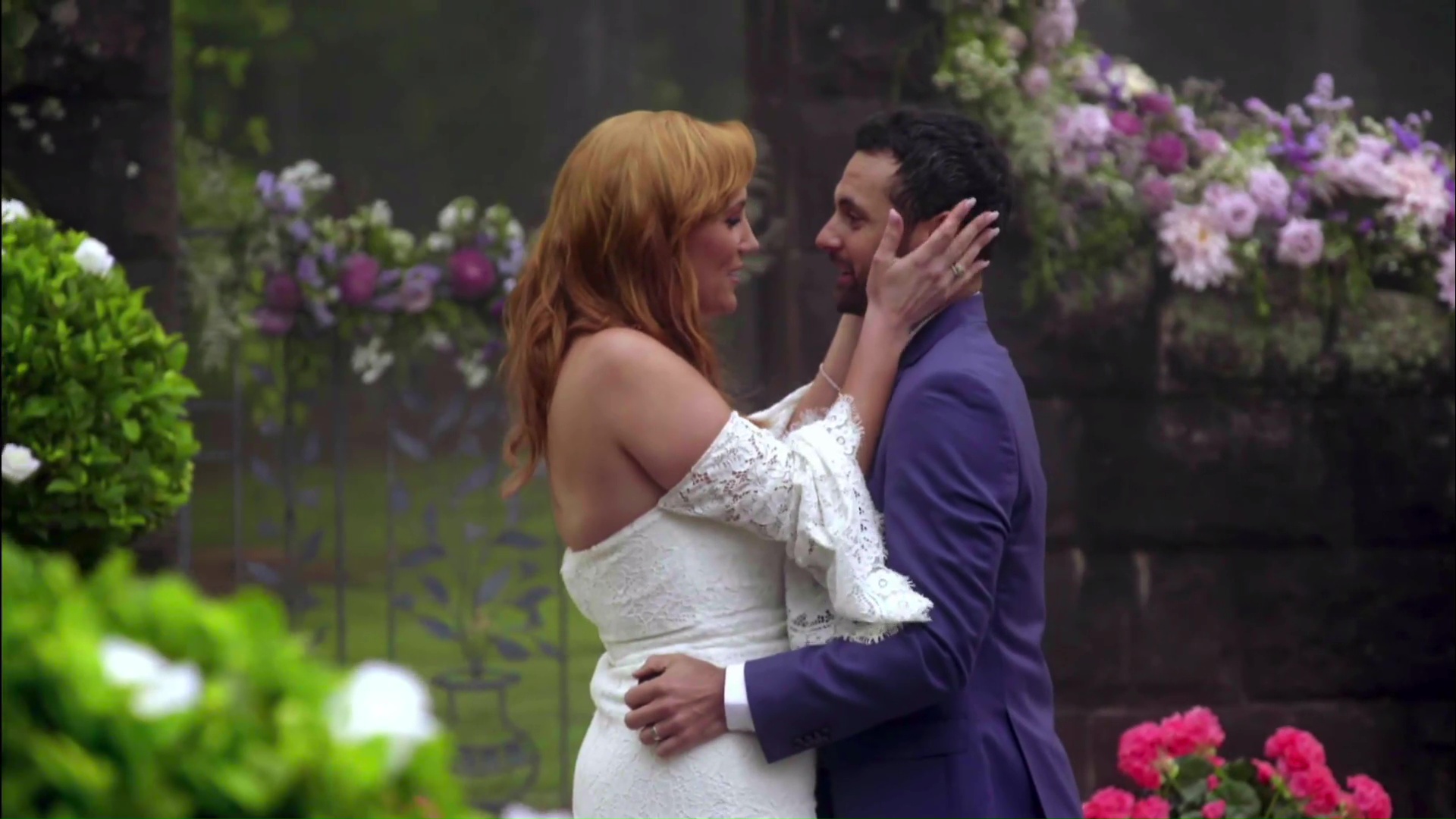 The one-off special will feature the stars reflecting on their experience and reveal which couples are still together — months on from when they tied the knot.

A TV source said: “Everyone on the show is extremely excited about getting this series aired.

“Now that C4 bosses have seen the edits, they have already green-lit a glossy follow-up because even they want to know what has happened since.

“This new series is the most raunchy and explosive yet.

“Sex and relationship therapists help the eight couples who married blind — if they actually like each other enough — to renew their vows by the end of it or run for the hills.

“The cast has been approached and everyone is really excited about letting their future fans know how they are getting on.

“The spin-off will air this autumn after the full series has been broadcast.”

I revealed last week the first contestants to sign up for the series — ex-rugby player Josh Christie and broadcast sports journalist Amy Christophers — and E4 have since unveiled the full 16 in the line-up.

The E4 show begins on Monday, August 30 at 9pm — a week after the current series of Love Island ends, so fans of TV dating shows won’t have long to wait for another fix.

And MAFS UK could become a cult favourite as bosses have tweaked the format to match its Aussie cousin, which was a surprise lockdown hit.

The 20-episode series follows the contestants from the day they are matched with partners.

It then documents their wedding day — where they meet their love interest for the first time — before focusing on their honeymoon and life together in an apartment block in Brighton which houses all the newlyweds.

Explosive weekly commitment ceremonies and dinner parties will add to the drama.

It will certainly be worth staying in for.

Rugger this for a laugh

JAMIE REDKNAPP fans will be nervous at the sight of the handsome footie pundit playing rugby. 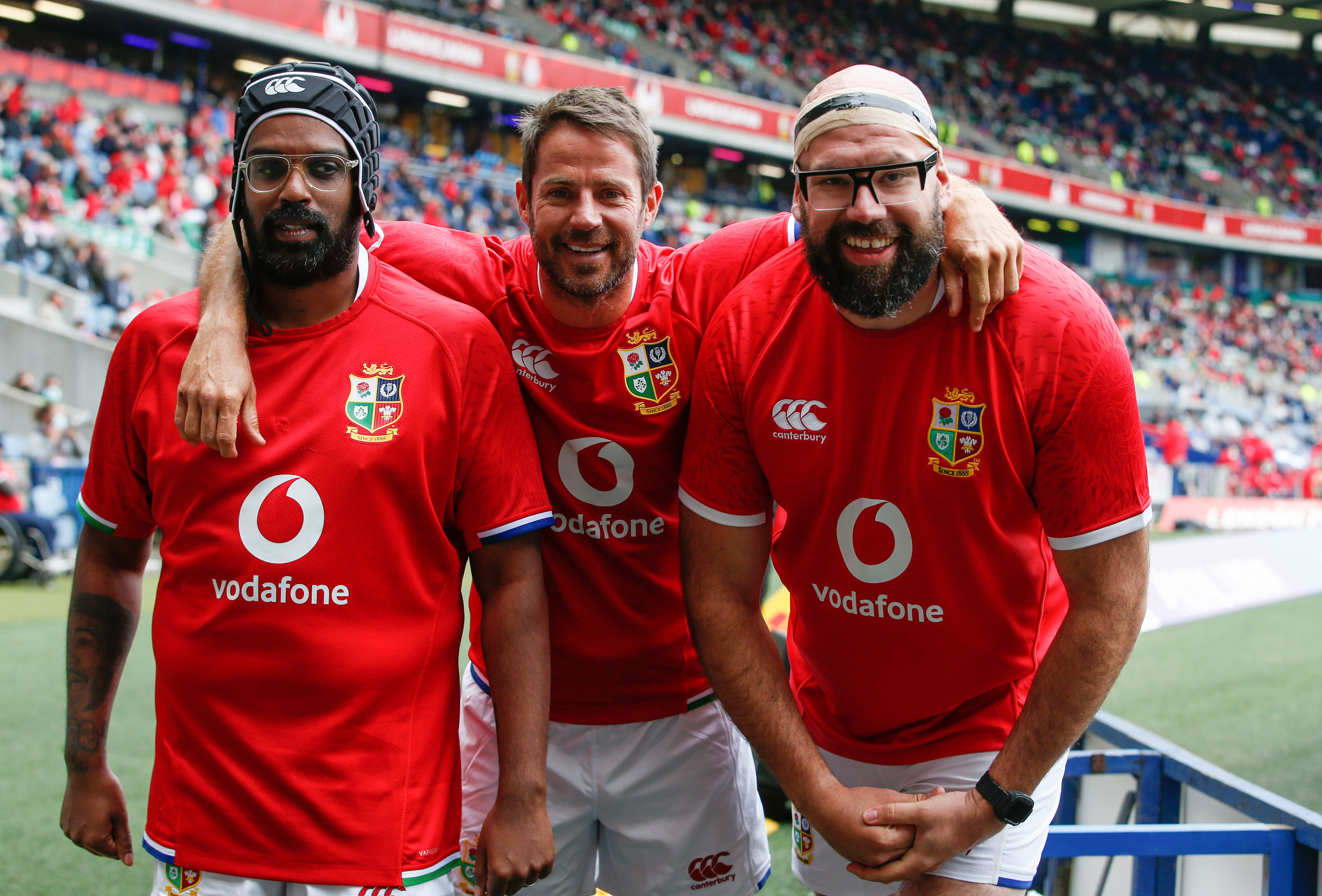 Jamie and his A League Of Their Own co-stars Romesh Ranganathan and Tom Davies take up the challenge of catching an up-and-under “high ball” during tomorrow night's first episode of the Sky One sports panel show’s new series.

They filmed the task at Scotland’s Murrayfield stadium during half-time in the British and Irish Lions clash with Japan earlier this summer, which was a warm-up fixture ahead of the Lions’ recent South Africa tour.

The new A League Of Their Own series, which again stars cricket’s Freddie Flintoff as Jamie’s rival team captain, is comedian Romesh’s first as full-time host since taking over from James Corden.

OUR rivals will be “well jel” – as The Sun has teamed up with Towie to launch a brand-new spin-off show.

The digital series will be available on Sun Online every week during the ITVbe hit’s forthcoming 11-episode run, which starts next month, and will be hosted by former cast member Bobby Norris. 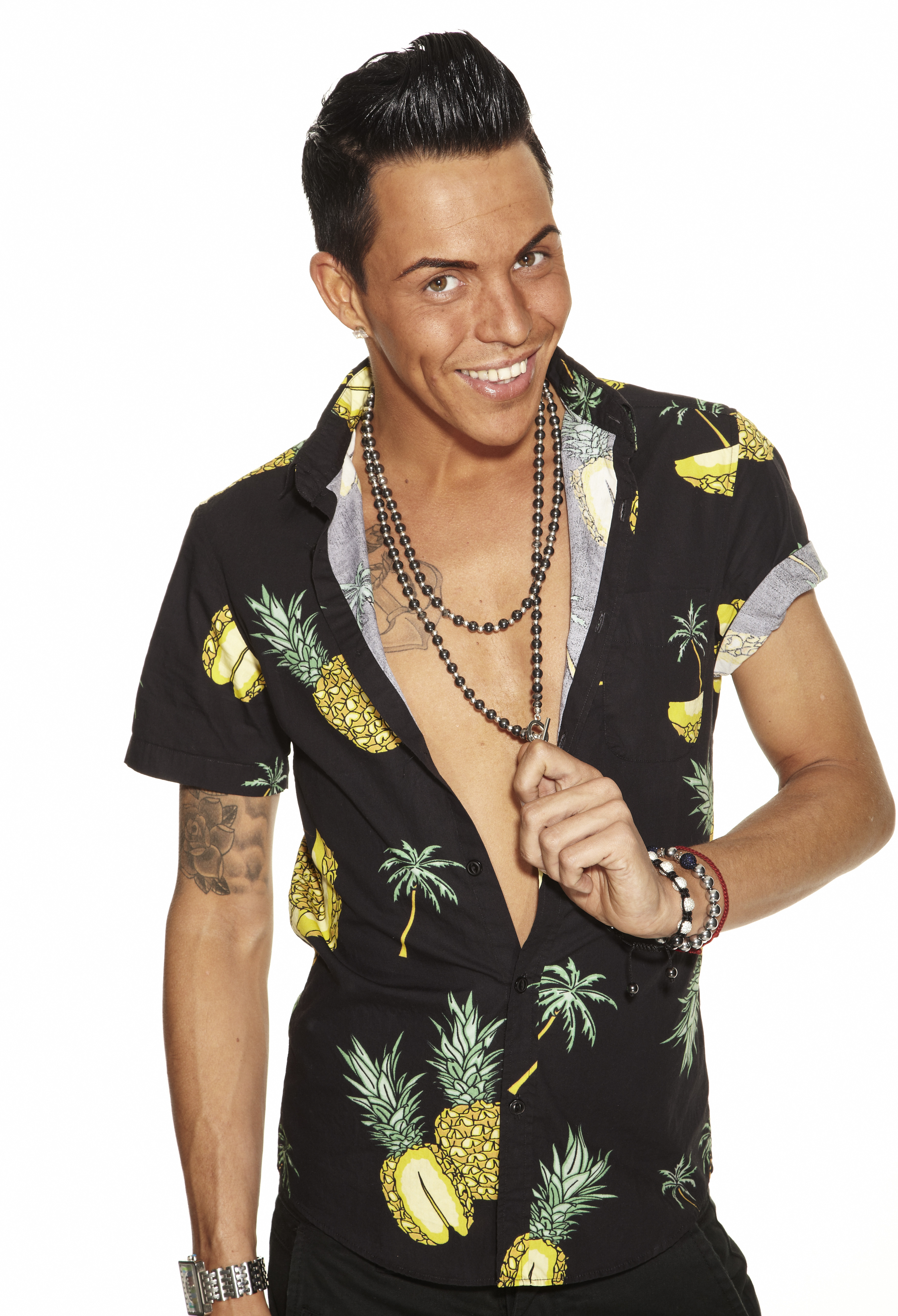 The Towie favourite has taken a step back from the main show to focus on his TV presenting and he’ll now be grilling his ex-co-stars who’ll be guests on the new show.

He told me: “It’s no secret that presenting is my passion but what has been a big secret is that I’m fronting this new show for The Sun readers, and I’m so excited about it.

“This was an opportunity to be a professional gossip and something I couldn’t refuse.”

The currently untitled digital show is a co-production between Lime Pictures Digital and The Sun. It promises to be a Bobby dazzler.

OLLY MURS’s latest show Starstruck will see him become the new Matthew Kelly – as the ITV series is a reboot of 1990s telly classic Stars In Their Eyes.

But disappointingly for the Essex singer, who will be hosting, contestants will not say the famous line: “Tonight, Olly, I’m going to be . . . ”

He said: “It didn’t work with the format. But it’s such a classic line. I don’t think anybody could beat that.”

"One of my favourite shows growing up was Stars In Their Eyes, so to do a revamp was really great.”

Go Mum, you can smash it!

TEEN mums have struggled for airtime since The Jeremy Kyle Show was axed – but a new show is set to give them a fresh platform.

E4 has commissioned a series following six young mothers on a journey of self-discovery where they’ll build confidence and learn new skills for a future career, while balancing sleepless nights and the never-ending piles of dirty nappies.

Teen Mum High is the working title and it’s the brainchild of Jess Lizama, a blogger and wellness coach who herself was a young mum.

Jess, who had a daughter aged 16, said: “I’ve been through what they’re going through and I’m proud to say that I know they’ll thrive.

“I also know this will be a special experience for them. Having a community of people to support you, a mentor to guide – well, it’s invaluable.”

Eight hour-long episodes will air on E4 next year.