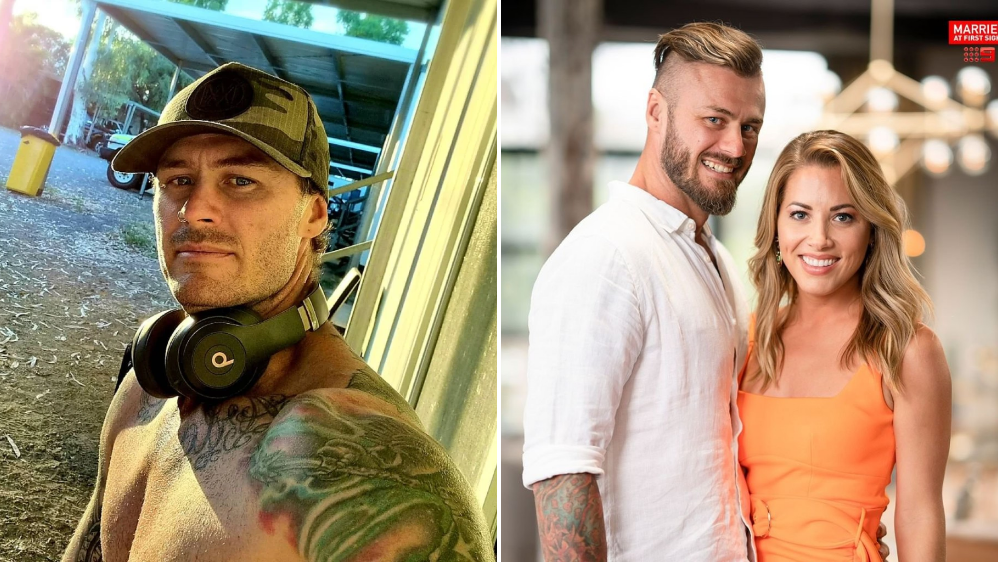 Married At First Sight Australia star Christopher Mark Jensen has walked away from court after admitting to smuggling cannabis.

Jensen, 34, was handed a suspended prison sentence, meaning he will not be jailed unless he breaches conditions imposed by the judge at Queensland Supreme Court.

Jensen’s fiancée Tayla Made, who did not appear on MAFS Australia, and his mother accompanied him to court and appeared relieved with the verdict, according to the Daily Mail.

While sentencing the TV personality to the four-year suspended sentence, Justice Paul Freeburn said: ‘I would ordinarily impose a custodial case for this type of serious offending (but) in my view this is an exceptional case.’

Jensen has been on bail since October 2017 after being arrested in a drug sting by Queensland officers called Operation Papa Argyle.

As Jenson was on bail, he was allowed to appear on the eighth season of Married At First Sight Australia, which aired last year.

He was a late arrival to the show, joining in week three of the experiment and tying the knot with bride Jaimie Gardner.

Jenson only lasted one week as he sensationally quit MAFS Australia, after accusing wife Jaimie of being ‘fake’ and asking him to ‘pretend’ for the cameras to keep them in the show.

Fans watched on as Jenson and Jaimie had a tense conversation following an explosive showdown off camera.

A furious Jenson told Jaimie: ‘I won’t be staying in this room with you, I will not be having anything to do with you because you are not the person you perceive to be. If you’re going to put an act on for the cameras, that’s fine. I don’t need to be treated like this. I’m so done with this.’