The LuLaRich documentary on Amazon Prime Video exposed many of the sketchy practices of the LuLaRoe company. LuLaRoe sold leggings and other womenswear, but paid on a multi-level marketing system. A lot of former LuLaRoe sellers tell their stories, many of them unfortunately costing them fortunes. There were even more stories that didn’t make the cut, producers say.

Producers Blye Faust and Cori Shepherd Stern spoke with Showbiz Cheat Sheet by Zoom on Nov. 16 about the LuLaRich documentary. Here’s one story they shared that didn’t end up in the Amazon series. All four episodes of LuLaRich are streaming on Prime Video now.

The ‘LuLaRich’ documentary interviewed a military wife about LuLaRoe

In the course of making a documentary, filmmakers will pre-interview many potential subjects. Then they choose the subjects who will end up on camera. Stern remembered one potential LuLaRich documentary interview who had a compelling story. 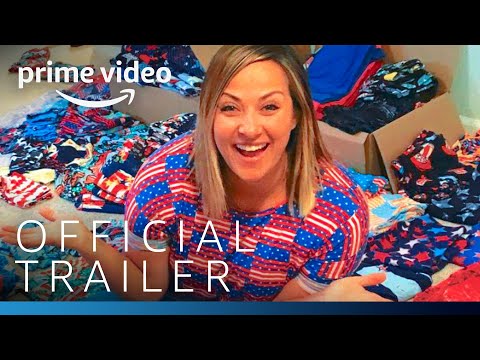 The LuLaRich documentary shows how exponentially the levels of consultants expanded. This subject had a similar story, where LuLaRoe itself undercut her business.

There are similar stories in the ‘LuLaRich’ documentary

Although this particular woman’s story did not make the final cut, the LuLaRich documentary tells many similar stories. A lot of stay at home mothers gravitated towards LuLaRoe because they could do work from home. Some spouses sold LuLaRoe together, like Paul and Tiffany Ivanovsky.

As the LuLaRich documentary shows, LuLaRoe sold the company to mothers as an empowering way to work. The film calls the sincerity of that into question, especially because LuLaRoe founder Deanne Stidham expresses very traditional views on female subservience to a husband.

“It’s interesting,” Faust said. “One of the questions, and this is something that only they really know how their relationships functions behind closed doors and who’s got power in which space. So it’s hard to know. DeAnne certainly projected and says a certain role and has a certain script she sticks to. It’s hard to know really how much of that really is the reality behind the scenes in terms of how it really works. So it appears that there is certainly a dichotomy between what is being preached and how things are possibly run in that family, in that company behind closed doors.”