Archangel Michael came to Earth to wreak havoc on Lucifer and his friends in the popular fantasy drama’s fifth season on Netflix. Although the twin brothers’ epic showdown was interrupted by the long-awaited arrival of God, the devil’s greatest foe could launch a surprise attack when the second half of the new series is released.

‘Lucifans’ may have a long wait ahead before the second round of eight episodes in Lucifer’s fifth season is finally released on Netflix.

However, before the loved up pair reconcile in season five, part two, Lucifer still has to deal with his backstabbing twin brother, Michael.

Star Tom Ellis took on a dual role this season, and has impressed viewers with his subtle and slimy performance as Lucifer’s deceitful imposter. 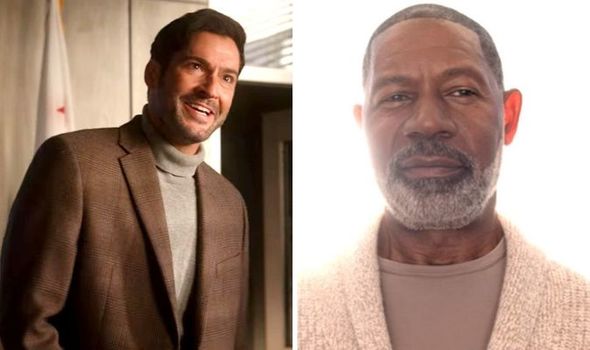 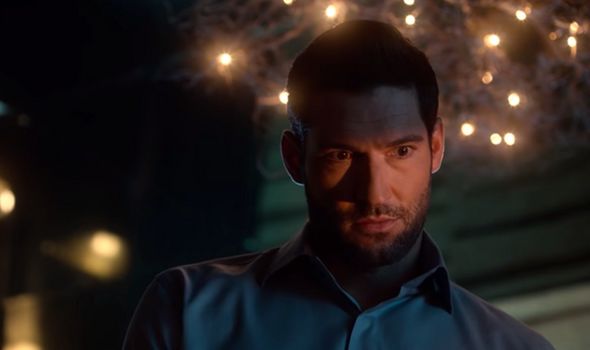 Michael’s plans were exposed in the midseason finale when he attempted to turn Lucifer’s best friend Mazikeen (Lesley-Ann Brandt) against him.

Despite his schemes coming together in episode eight, Spoiler Alert, some fans are convinced Michael has yet another ulterior motive for sabotaging Lucifer’s life on Earth.

Although the conniving angel appeared shocked by the long-awaited arrival of the twin brothers’ father, God (Dennis Haysbert) in the episode’s final moments, drawing the all-powerful Creator away from his heavenly throne may have been his plan all along.

It’s expected God will be spending some time with his estranged son on Earth, and viewers are eager to witness the family reunion that has been teased since Lucifer’s very first season. 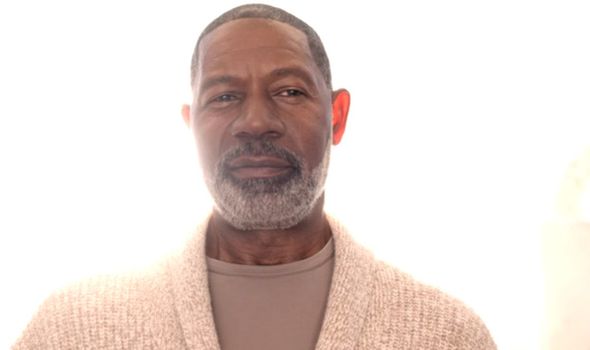 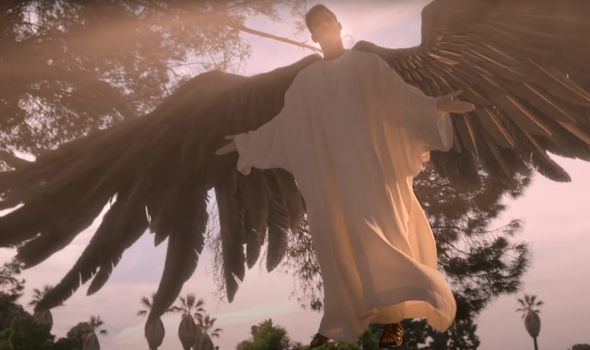 Unfortunately, this could leave the Silver City more vulnerable than ever, giving Michael the perfect opportunity to launch the next stage of his attack.

Some fans took to Reddit to discuss a potential war amongst the celestials to come in the second half of season five.

Redditor Jimmy-Mac-471 posted: “With God on Earth, Heaven is left unguarded. If he can trap God there, maybe injure and weaken him, like what had happened to their mum, he could leave him there and take the throne in heaven.”

Although Michael’s powers don’t quite match up to Lucifer and Amenadiel (D.B. Woodside) he is still a master of manipulation and may have intended to draw God’s attention.

Plus, with the fearsome demon Mazikeen on his side, Michael is much better positioned to overthrow God’s throne and claim dominion over the universe.

Throughout season five, fans have been heartbroken as Mazikeen tried in vain to earn herself a soul, as demons are invariably born without them.

If Michael takes the throne and assumes God’s powers, Michael could have the ability to grant Mazikeen her greatest desire and lure her over to the dark side for good.

The fan continued: “Once he becomes the new god, he could then give Maze a soul. He would distract God when he arrived and Maze would attack from behind.”

“This would leave God there and be a big point of the second half of the season. Waiting for God to become strong enough to overpower Michael in his new position.”

While fans weren’t originally expecting the current season to end on such a bleak note, the surprise announcement of a sixth season has opened up a world of possibilities for Lucifer’s final adventures.

As Michael has been so well-received by fans of the series, he could be being set up as Lucifer’s powerful arch nemesis to be taken down in the epic conclusion.