The doctor, 27, shared a hilarious meme about his single status to Instagram – hours after his friends became the next couple from the 2018 series to split. 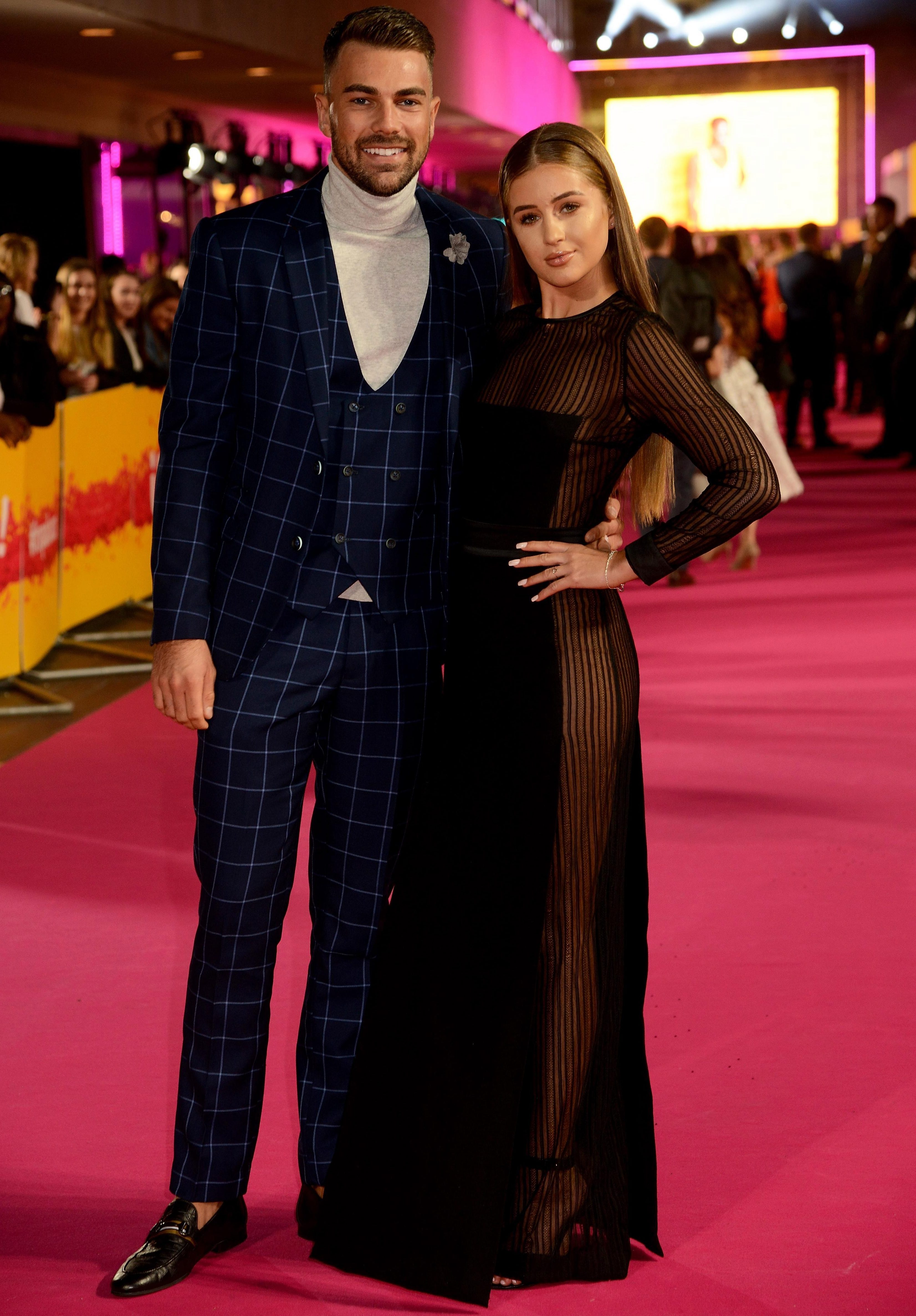 Sam announced he and Georgia had parted ways last night, and admitted he was too "devastated" to reveal the reason.

However pal and former co-star Alex, who was one of the only contestants to leave Love Island without a partner, wasted no time in turning the news into banter.

Sharing a snap of himself nonchalantly sipping on a glass of wine, he wrote to fans: "Watching all the Love Island couple break up on the outside when you left the villa single."

The image went down a storm with his 1.3 million followers, and even heartbroken Sam saw the funny side. 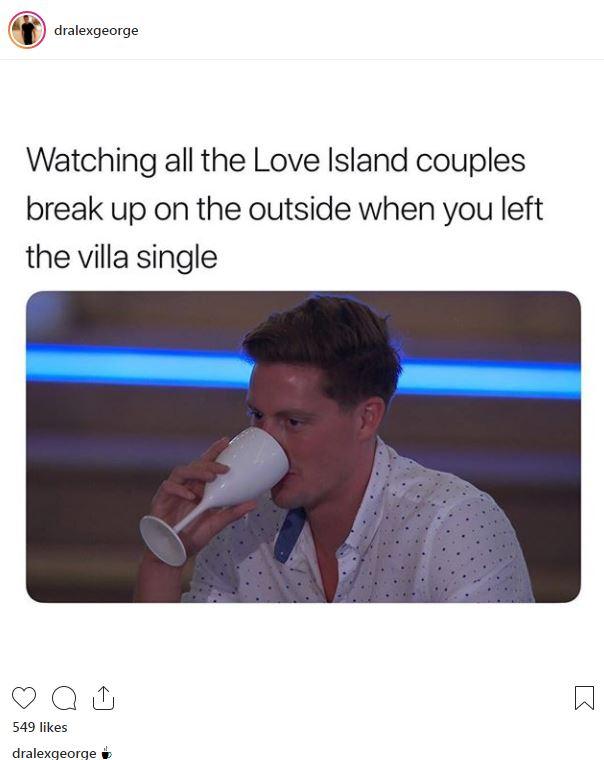 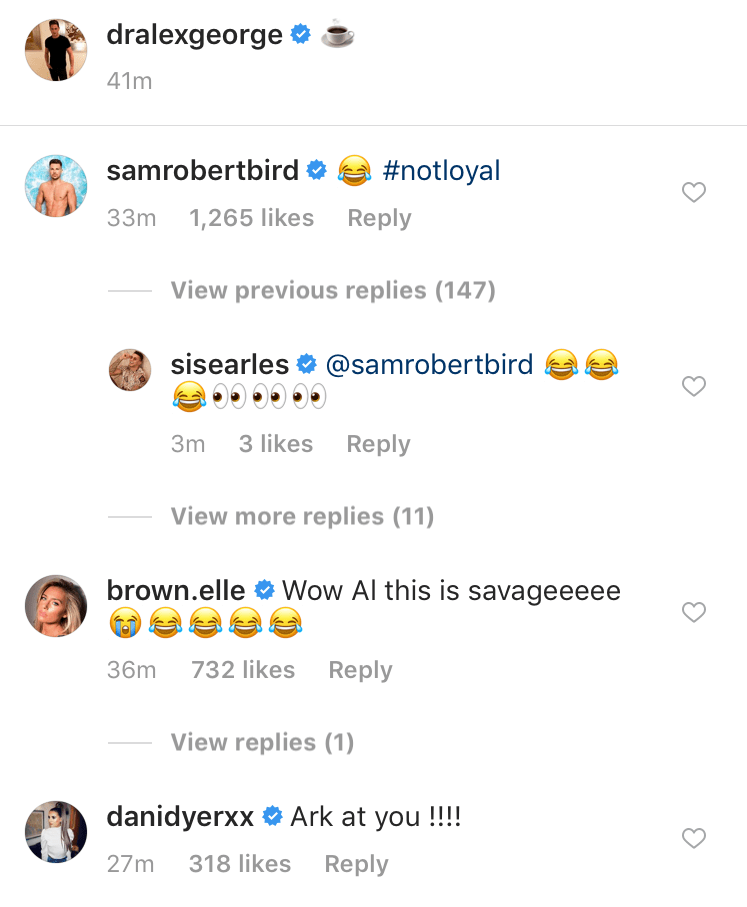 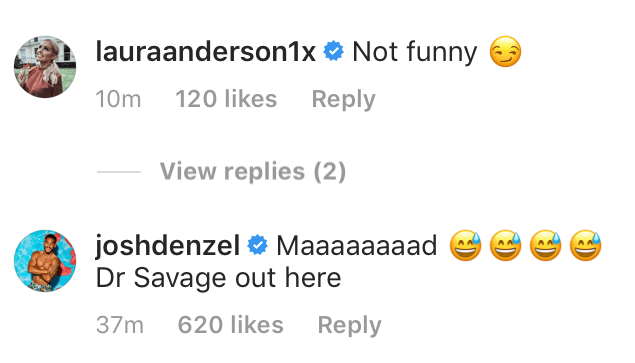 Alongside a string of laughing emojis, he simply wrote back: "#notloyal", in referral to Georgia's constant mention of her loyalty in the villa.

A number of his other Love Island stars were left in stitches by the post, with Ellie Brown writing: "Wow Al this is savageeeee!"

While winner Dani Dyer scoled: "Ark at you!!!!"

Laura Anderson then added: "Not funny" alongside a smirking emoji, while Josh Denzel chimed in: "Maaaaaaaad Dr Savage out here!" 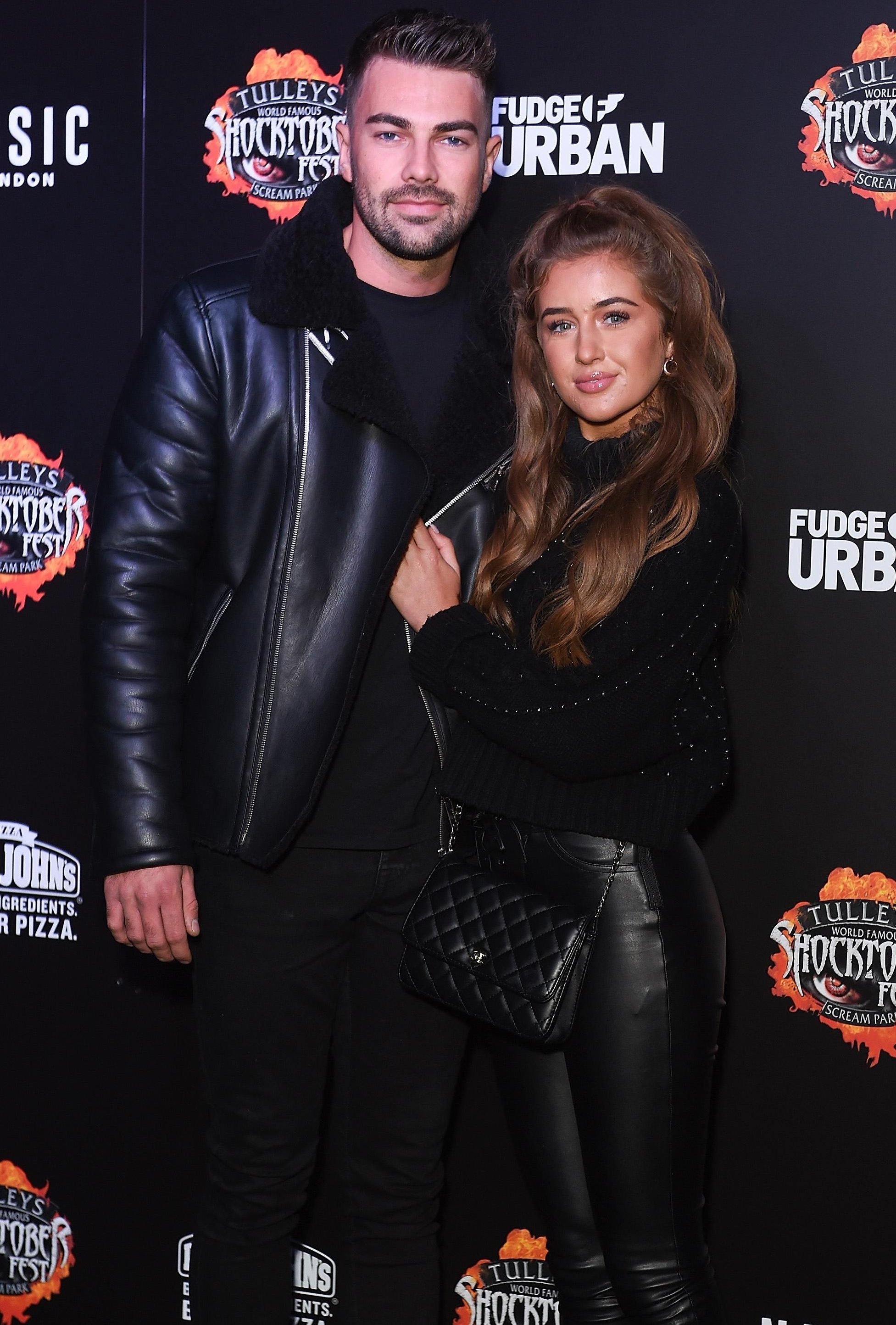 While the pair only broke up yesterday, Georgia has already been forced to deny claims she had cheated on Sam with her manager.

However The Sun Online exclusively revealed today that their three-month romance ended abruptly after Georgia met up with her former flame, who she dated for a year prior to entering the villa.

They are the fifth couple to split since finding love in the Love Island villa, alongside Laura and Paul Knops, Laura Crane and Jack Fowler, Charlie Brake and Ellie, and Samira Mighty and Frankie Foster.