LOOSE Women's Jane Moore paid an emotional tribute to friend Barbara Windsor as she calls the late EastEnders star "one in a million".

The panellist, 58, appeared on Friday afternoon's show to pay special tribute to her close friend following her tragic death. 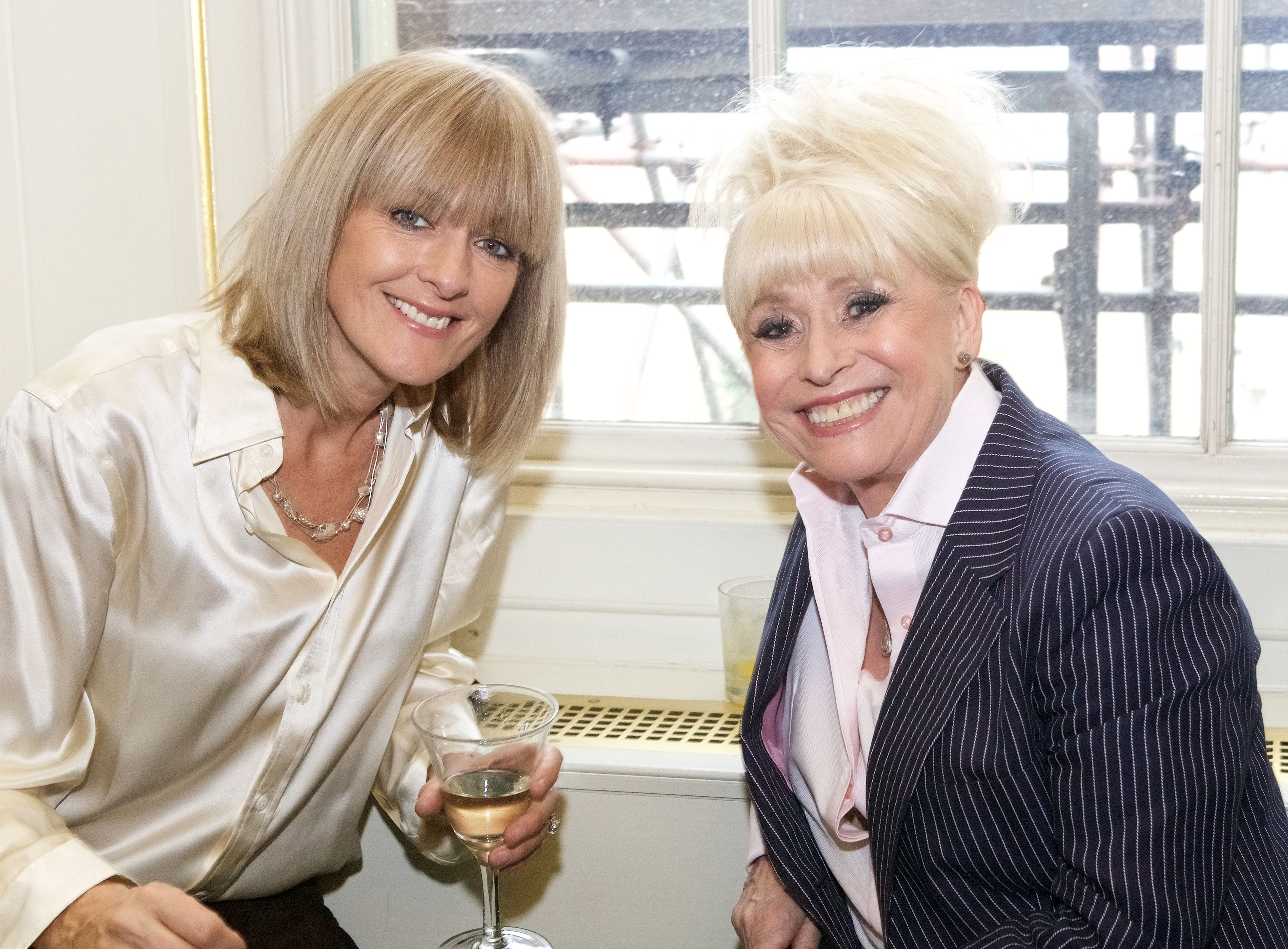 The EastEnders legend – best known for playing Peggy Mitchell on the soap and her role on the Carry On films – died on Thursday aged 83 after a battle with Alzheimer's.

Jane Moore appeared via video call to the Loose Women panel as she spoke about the "national treasure."

The journalist said: "I think that phrase was coined exactly for her. I still can't quite believe she's gone."

Bravely speaking about her friend's battle with Alzheimer's, Jane said: "I knew about her diagnosis and that towards the end she was very ill. 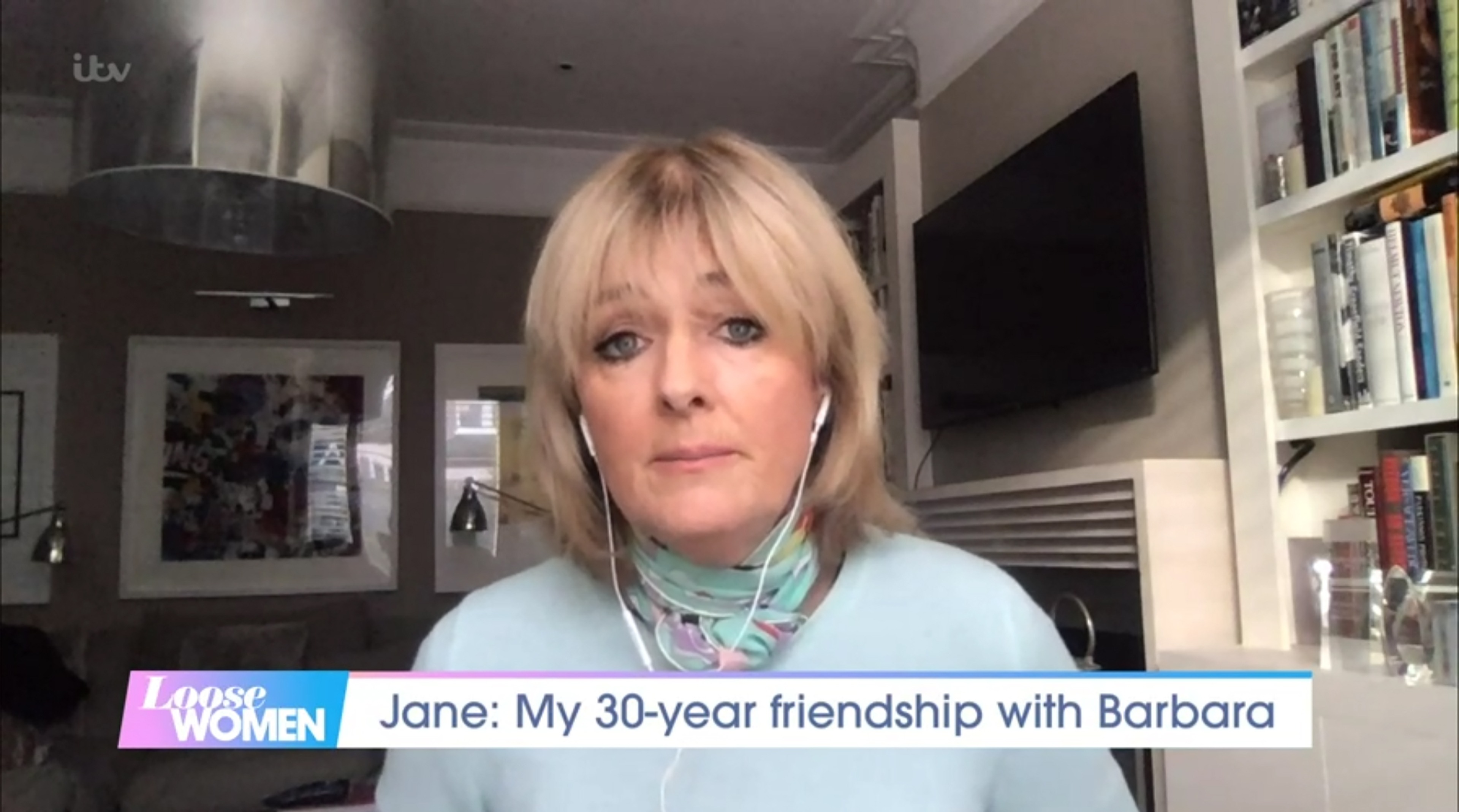 "It's just the weirdest feeling because there's so much running footage across television that just makes her look so vibrant and alive. It's really, really hard to accept that she has gone."

Jane revealed she was one of the first people to be told about Barbara's diagnosis in 2014.

She also spoke fondly of a trip to the theatre with Barbara after she went public with her condition in 2018.

The Sun columnist continued: "We went to go to the toilet and every woman in that queue saw her and we kind of got propelled to the front in this Mexican wave of love. 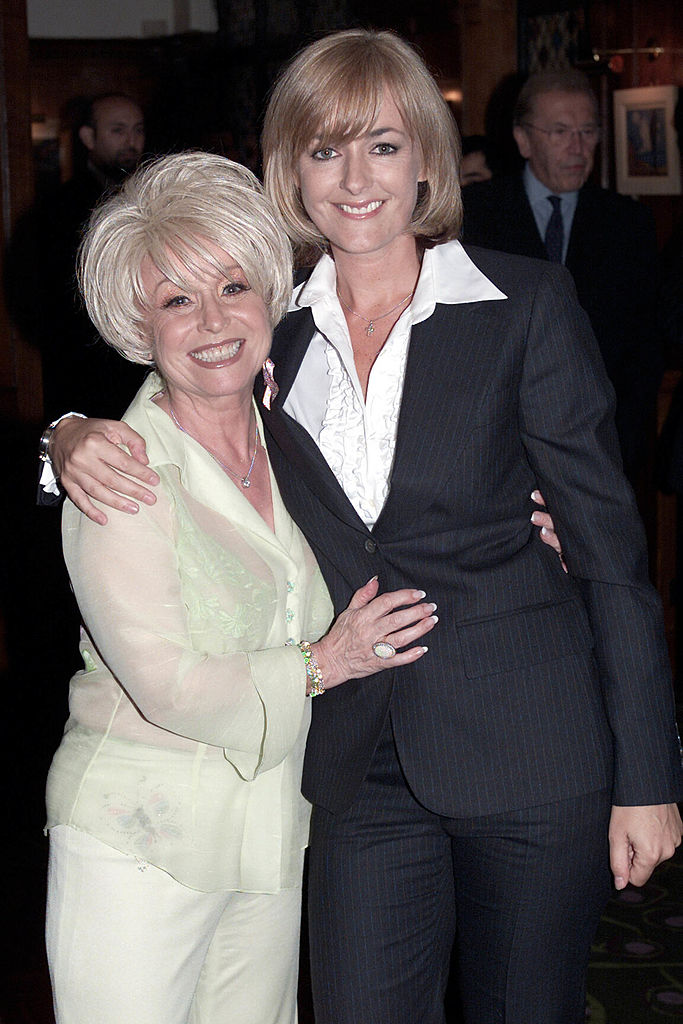 Barbara's husband Scott Mitchell confirmed the legend's death yesterday after spending her final moments by her side in a care home.

Jane said she doesn't "want to betray any confidences" about how he's feeling "but the word heartbroken probably sums it up."

Speaking about her first appearance on Loose Women in 2010, fellow panellist Carol McGriffin said: "Not many people attract that adoration and attention from the public. 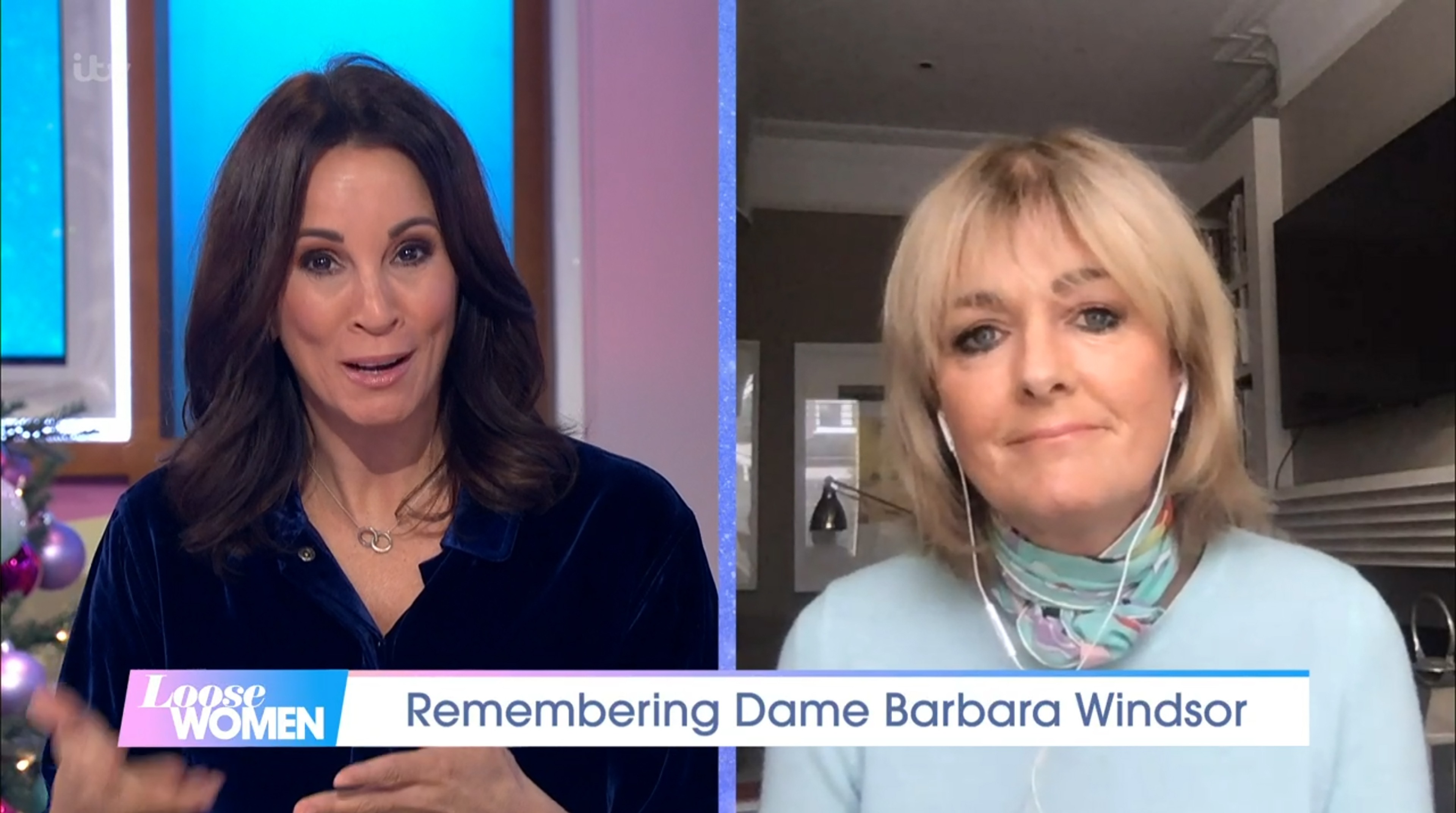 She added: "She was just so unbelievable and I really missed her in EastEnders, I think she will be truly missed."

The much-loved star – affectionately known as "Babs" – found fame playing a buxom blonde in the bawdy Carry On films and later became a TV legend as Peggy Mitchell in the hit BBC soap.

The 4ft 10in star died "peacefully" at 8.35pm on Thursday night at a London care home with her husband Scott Mitchell by her side.

In a moving tribute, he called her his "precious Bar" and said: "I've lost my wife, my best friend and soul mate." 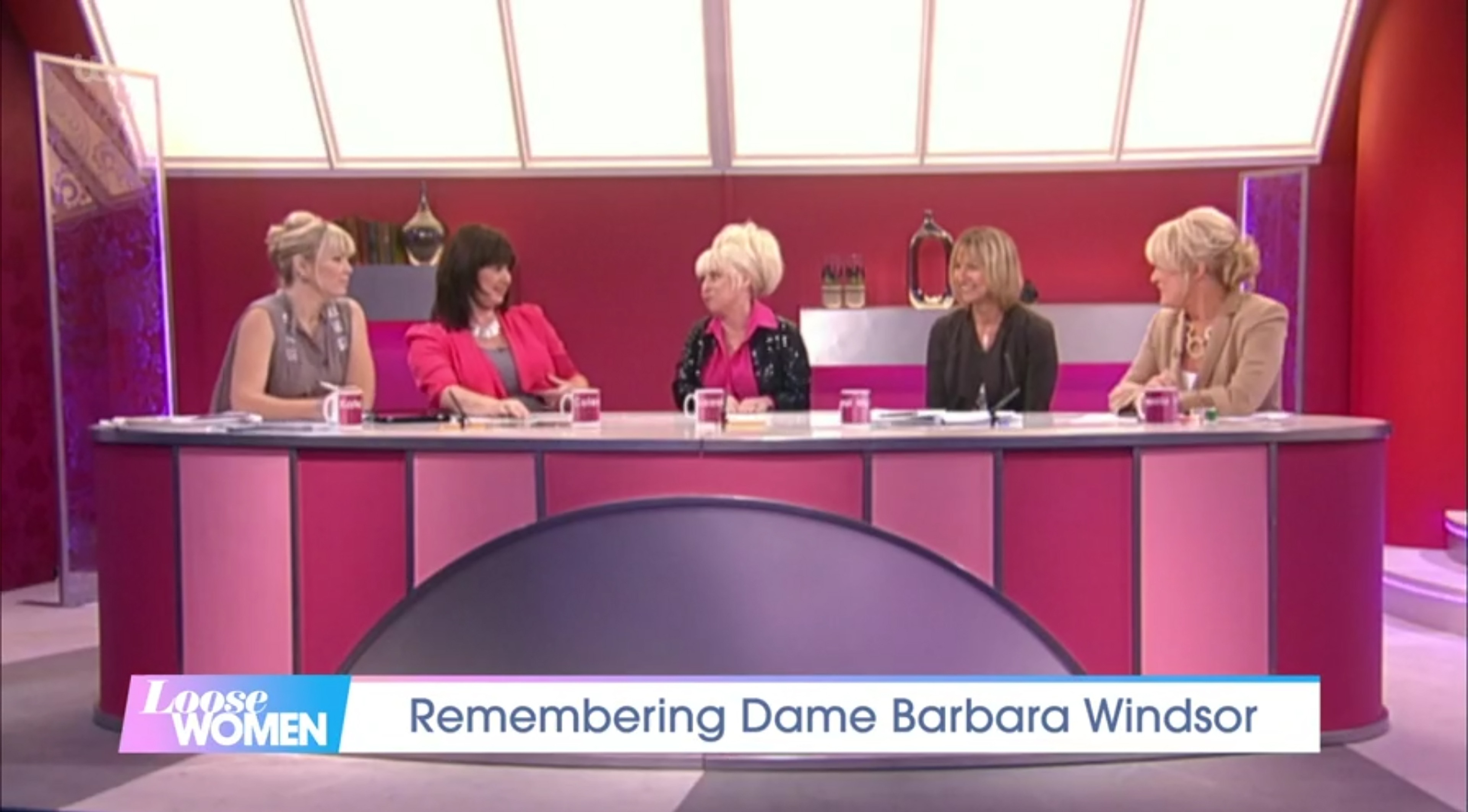 He said the cherished actress's final weeks were "typical of how she lived her life" and "full of humour, drama and a fighting spirit until the end".

Mr Mitchell told PA: "Her passing was from Alzheimer's/dementia and Barbara eventually died peacefully and I spent the last seven days by her side.

"Myself, her family and friends will remember Barbara with love, a smile and affection for the many years of her love, fun, friendship and brightness she brought to all our lives and the entertainment she gave to so many thousands of others during her career.

"Barbara's final weeks were typical of how she lived her life. Full of humour, drama and a fighting spirit until the end. 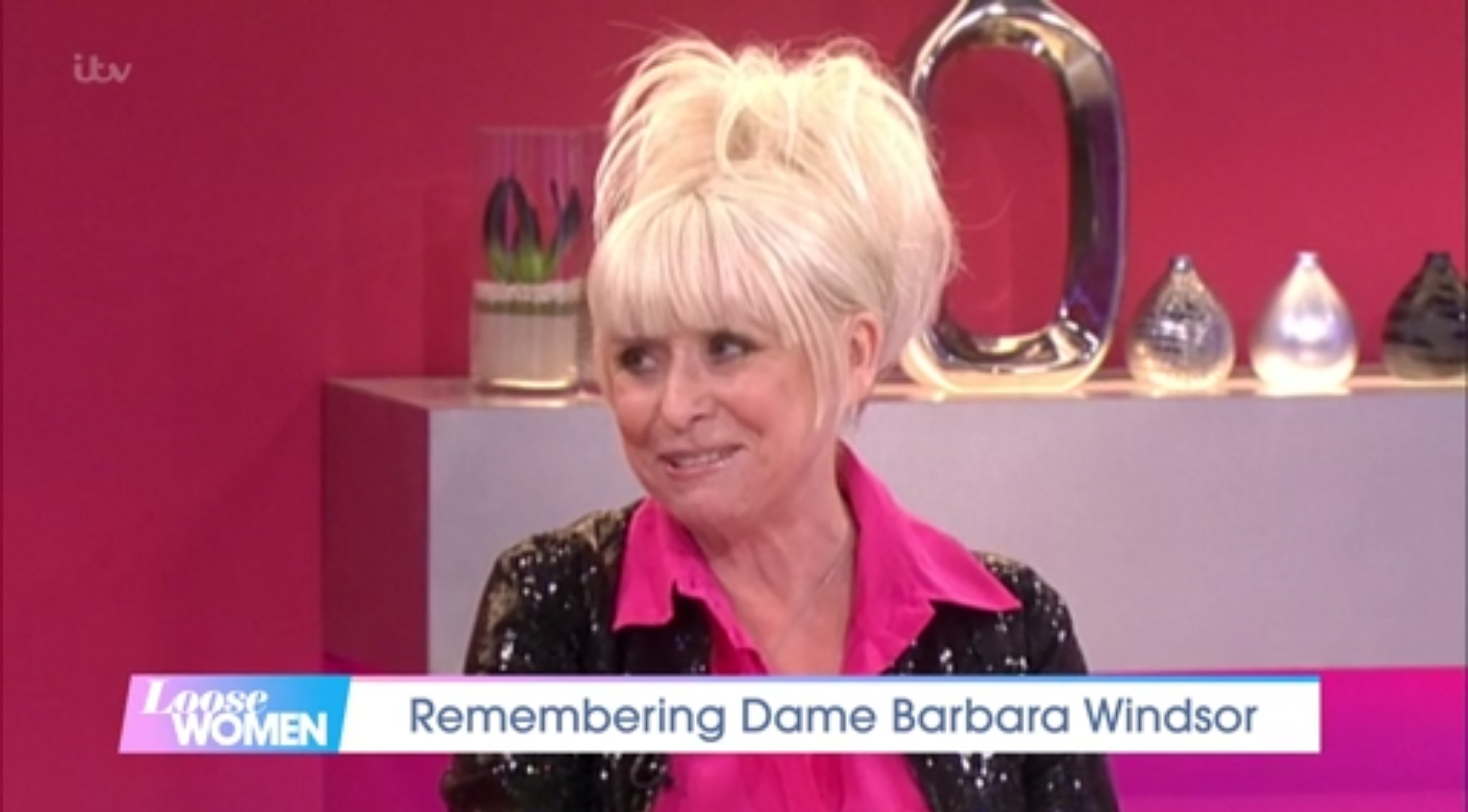 "It was not the ending that Barbara or anyone else living with this very cruel disease deserve.

"I will always be immensely proud of Barbara's courage, dignity and generosity dealing with her own illness and still trying to help others by raising awareness for as long as she could."