Line of Duty’s Martin Compston and Vicky McClure joined Jonathan Ross on his self-titled show this evening to discuss the finale episode which airs tomorrow night. While the nation on tenterhooks, eager to find out who the fourth member of H is, the chat show host grilled the actors on their character’s popularity and how Steve Arnott has become a sex symbol. Martin said it was down to the way he dressed and his facial hair and Jonathan wanted to know whether the cast had a say on how their character’s looked. The Scottish actor revealed he put his foot down after season one when Jed Mercurio had written Steve’s dress code to include pull sweaters.

“Do you have a say in what the characters wear?” Jonathan asked.

“Yes,” Martin replied. “Jed has this idea of some horrible sweater back in season one and I said ‘that’s not happening again’.

“I see Steve as a super detective, a Sherlock Holmes with his waistcoats.

“[Or] he’s an overdressed w***** in the call centre. He’s the guy who is having all the office affairs and no-one knows how. 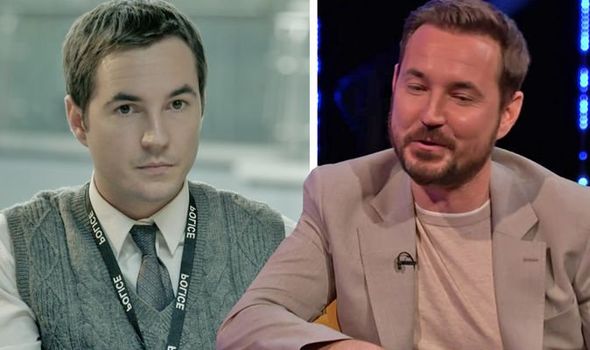 “He’s sort of unlikeable but he’s obsessed with his job and doing the right thing.”

And of not fitting in his suit after lockdown he said: “I had just finished filming The Nest, had my top off a fair bit in that… I’m usually a 32, got down to 30, now I’ve got these tailored suits for Line of Duty.

“We start filming, lockdown happens, up to about a 34… I couldn’t get them on. I couldn’t even get the shirts buttoned. 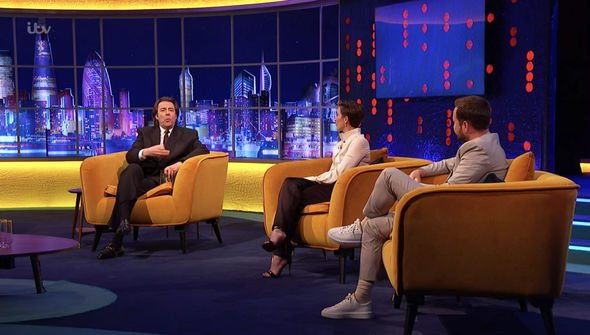 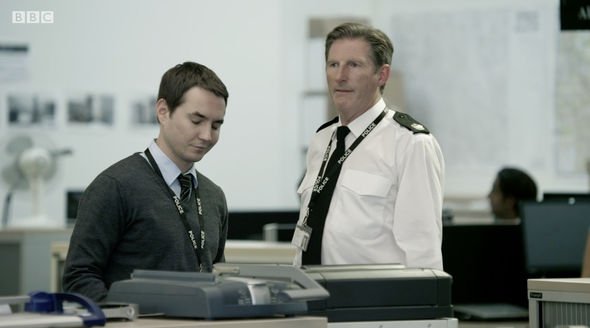 “You’re an unlikely sex symbol,” Jonathan added. “Are you aware of the attraction?”

Martin said: “Jed has written a few dalliances [for Steve] over the years, crossing the line of what he should and shouldn’t be doing.

“But I think the beard when down a storm this year, without it, I look about 12!”

The Scot went onto say he gets lots of unsolicited attention on social media after appearing in Line of Duty. 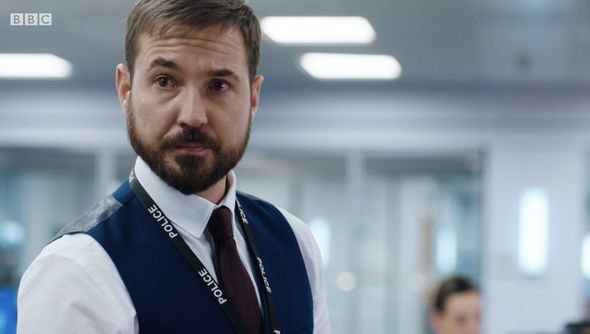 “The Instagram DMs get a bit out of hand… a lot of stuff I wish I hadn’t seen… I need to stop looking at them,” he told Jonathan.

“A lot of marriage proposals and a lot of proposals of other stuff from both sexes I must say.”

Martin and Vicky were both asked whether there was going to be another series past the sixth.

“Genuinely, don’t [know]. We don’t know anything, not just saying it for effect,” Vicky replied.

Martin added: “That’s nothing different for us.

“Jed always takes months after… there’s stuff above our pay grade, analytics, figures and all that kind of thing that comes in. He always takes time off.

“But I think it is important to say, I think this natural story arc that we’ve been on for the last six years…”

Line of Duty season seven concludes tomorrow night at 9pm on BBC One and The Jonathan Ross show airs Saturday night’s at 9.35pm on ITV.