The radio station had been broadcasting the results since the 1950s, however, the broadcaster made the decision to end the results to make way for extra Premier League coverage.

It has since been announced the BBC’s rival station LBC News will announce the classified football results each week instead.

Taking to Twitter to announce the news, Press Gazette penned: “LBC News has announced that it will broadcast the Classified Football Results at 5:05pm each Saturday afternoon, beginning this weekend.

“It comes after they were dropped from Radio 5 Live this week.” 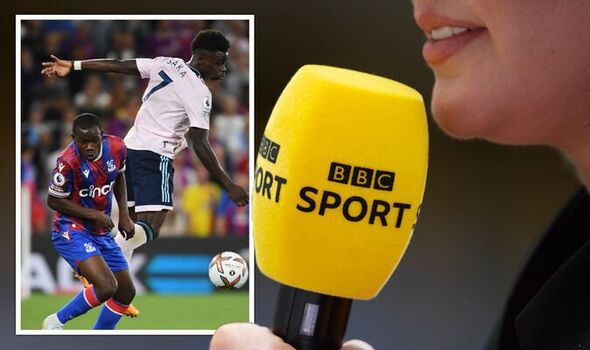 Fans seemed to be thrilled over the move, with Matthew Stadlen tweeting: “The right move from @Tom_Cheal.”

Many fans also liked and retweeted the announcement.

Despite complaints from fans, the BBC released a statement stating they stood by their decision.

In a statement, the broadcaster said they had “good reasons for the change”.

“We appreciate the strength of feeling towards the classified football results within Sports Report,” the statement read.

“It’s always difficult when a programme with a special history changes, but there are good reasons for the change.

“With the addition of the 5.30pm live Premier League match to our coverage, Sports Report has been condensed into a shorter programme – cut from 1 hour to 25 minutes.

“The classifieds were taking around 5-7 minutes to read, which would have taken up around a third of the programme – constraining the range of sport we could cover.”

The statement concluded: “We’d like to assure our listeners that results from across the football leagues will still be shared during the programme and through the afternoon.

“Results are also available in full on the BBC Sport website and during Final Score on BBC One. Having a live match at 5.30 is a great addition to the 5 Live schedules.”

Fans will still be able to get the results on LBC News, however, disgruntled football fans are still upset with the BBC’s decision.

Taking to social media to air their frustrations, Raymond fumed: “Hundreds of complaints and – naturally – the BBC is ploughing ahead with a pointless change.

“They have so many other important issues to concentrate on rather than pissing off normally loyal supporters over radio classified football results. If no longer relevant why still on TV?”

Danny Reuben went on to say: “Wonderful. Evocative memories from the past.

“BBC have to retain the classified results, a staple of a Saturday afternoon listening to sport on the wireless. What’s next? Binning Sports Report? Sacrilege.”

While Damon raged: “@bbc5live cannot believe you are ditching the classified football results at 5pm.