KYLIE Jenner caused her fans' hearts to melt after she shared an adorable video of her daughter Stormi with cousin Chicago West complimenting each other.

The beauty mogul posted the heartwarming clip to Instagram last night, which saw the cute cousins being wheeled around in a wagon making funny noises at one another. 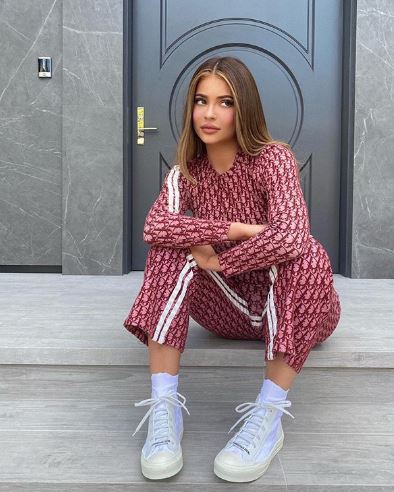 The video, which was captioned "THESE TWO ??", then saw two-year-old Chicago gently tap Stormi, also two, on the head and compliment her.

The daughter of Kim Kardashian and Kanye West said: "I like your hair".

To which, Stormi adorably replied "thank you".

The cute exchange caused a flood of comments from many of the 22-year-old's 177million followers and some of her famous family. 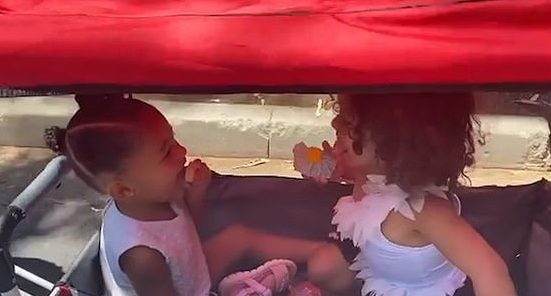 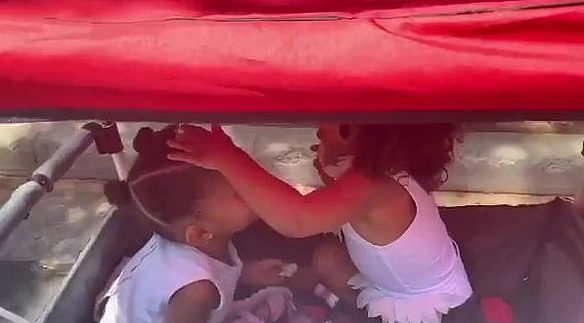 Last week, Kylie's fans praised the reality star's daughter for her 'perfect behavior' after she shared an adorable video of the little one's willpower with a bowl of chocolate treats.

The beauty mogul admitted she "had to take part" in the viral candy challenge as she shared the clip on Instagram. 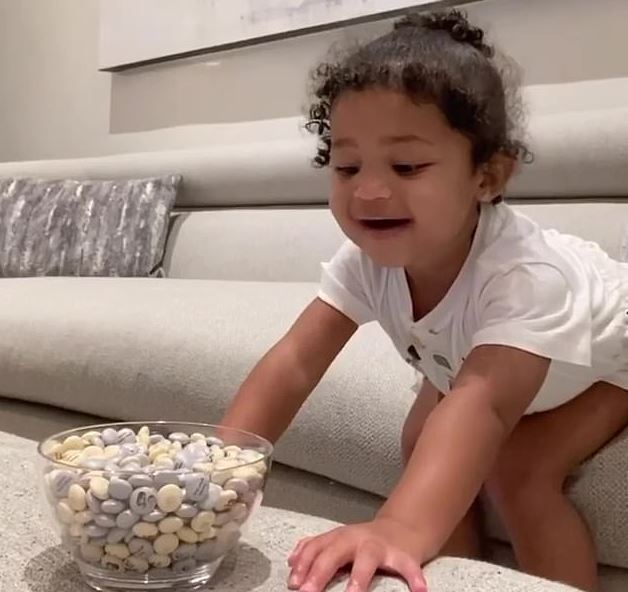 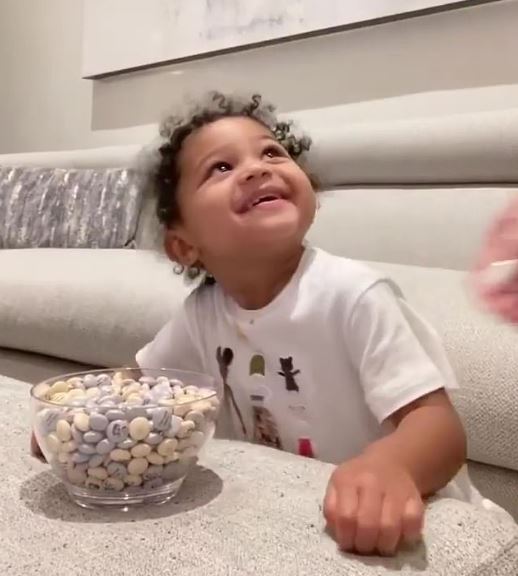 Placing a bowl of chocolate treats on the table, Kylie can be heard telling her adorable two-year-old that she could only have three pieces once "mommy" returned from the bathroom.

"But wait! You have to wait 'til Mommy comes back, okay? I have to go to the bathroom."

Secretly filming the tot the entire time, the E! star headed off into another room to see whether Stormi would have the willpower to not tucking into the candy.

The toddler appeared enamoured by something on the television, before she remembers the bowl in front of her and begins singing herself: "Ooh, chocolates! Patience, patience."

Returning to the room, Kylie rewards Stormi with three chocolates much to her delight.

The clip has gone viral since it was uploaded with Kylie liking a fans tweet about her "angel daughter" and praised the reality star's parenting.