Kourtney Kardashian has opened up about her struggles to have a child with fiancé Travis Barker, revealing her IVF treatment put her into menopause.

She dropped a baby bombshell in the recent trailer for their upcoming reality series, The Kardashians, where she revealed her plans to add to her brood with the Blink-182 rocker.

In a new clip for the series, she could be seen telling the camera: ‘Travis and I want to have a baby, and so my doctor took us down this road of doing IVF.

‘It hasn’t been the most amazing experience.’

Speaking to mom Kris Jenner, she lifted the lid on the impact the treatment had on her body. 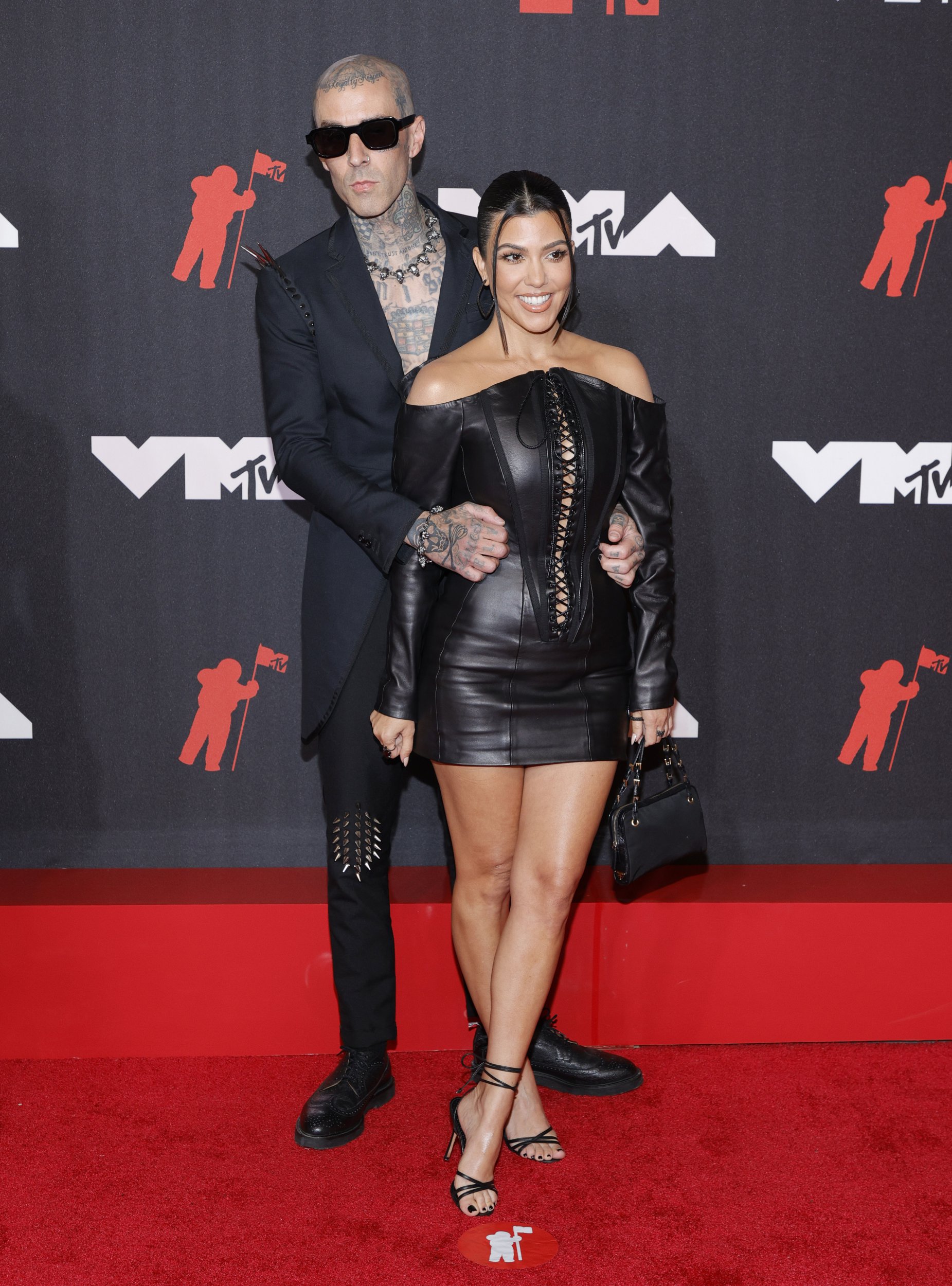 ‘Based off of what, a drug?’ Kris questioned, to which she simply replied: ‘Yes.’

Kourtney also blasted the ‘rude’ comments she had been met with over that time on social media, after Instagram followers questioned whether she was pregnant.

‘It’s so rude to comment on people when you have no idea what they’re actually going through.’

The new clips were released just after the first official trailer for The Kardashians dropped on Monday, showing the moment Kourtney and Travis – who is dad to children Landon and Alabama with ex-wife Shanna Moakler – began their baby journey.

Although the I Miss You musician will feature in the family’s new show, as will his very romantic proposal last year, the Poosh founder insisted that she wants to ‘protect’ their relationship as much as she can.

‘I definitely hold my relationship really close. It’s so sacred to me and I am very protective of it. I think I’ve learned a lot of lessons,’ she previously said.

‘There is a lot of us on there, and we’ve had such a good time doing it because we have such a good time when we’re together, but I definitely want to protect it as much as I can. But also, this is my life.’

The Kardashians premieres on Hulu on April 14, and is available to stream on Disney+ on the same day.