Last week the 38-year-old shared a snap of her topless while cradling the little one to promote her latest beauty collection.

But eagle-eyed fans are convinced there is something not quite right with the image and have suggested she may have altered her arm.

One person commented: “Ngl her arms look a bit photoshopped and that @sumayya.islam.”

A second wrote: “Why does her arm look odd?”

While a third added:  “Your arm is really disturbing…. don’t you check your photoshopped work before you post? Obviously not.” 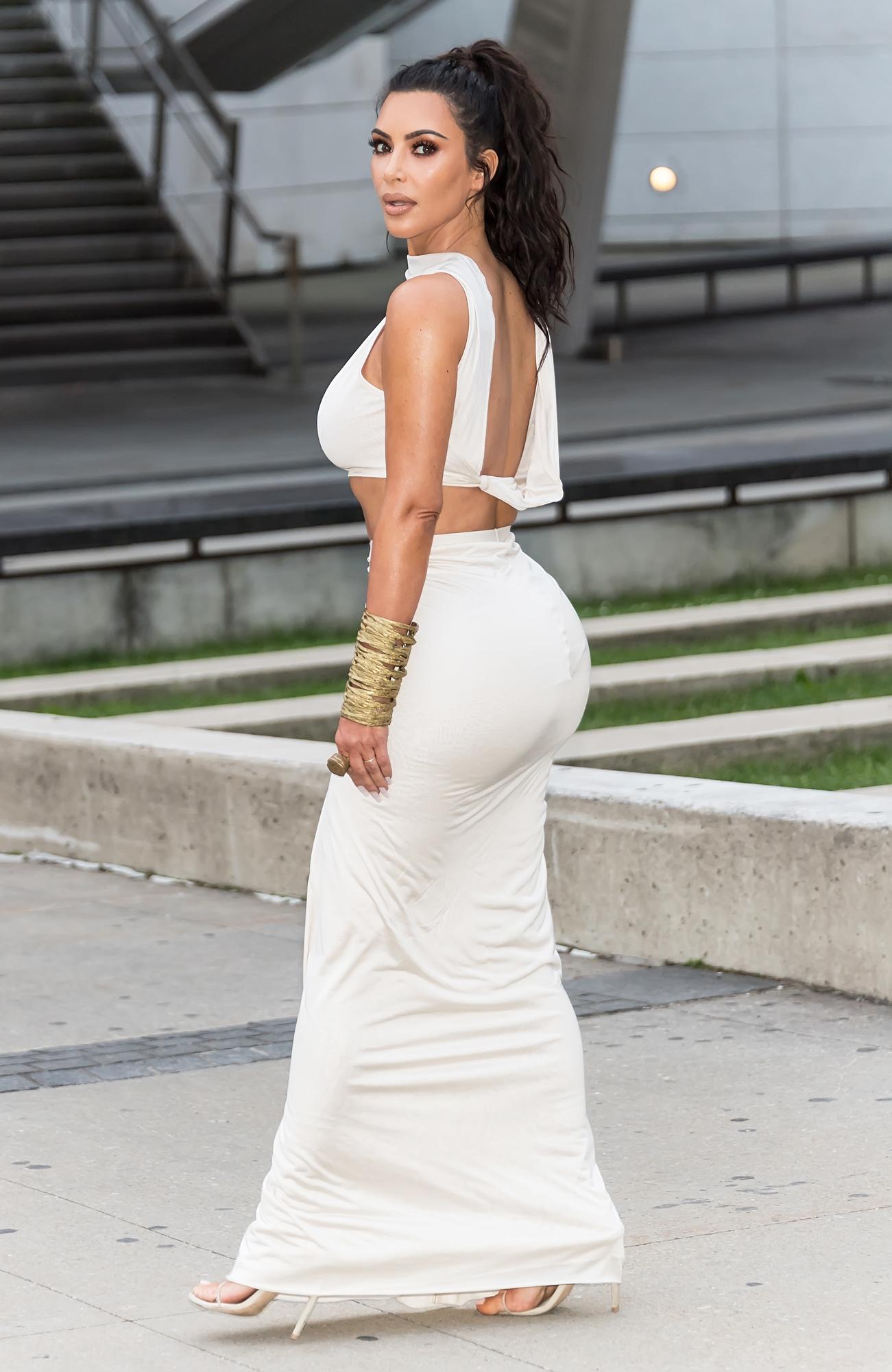 A fourth wrote: “Poorly photoshopped” and a fifth remarked: “The arm looks weird it's hurting my eyes.”

It wasn’t the only image from the shoot which raised eyebrows, fans also commented on her smaller than usual bum in the KKW Beauty campaign.

In the pictures in question she can be seen perched on the podium, wearing just a nude colour bodysuit, next to a naked male model – with a rather small bum.

It wasn't long until she was swamped with comments claiming she has edited the pictures.

One person commented: "Since when has Kim been that slim …. or maybe it's edit right?", another wrote: "Where is her big butt? And…What happened with that line in her leg? She's not Kim. I hate this photoshop."

A separate user wrote: "So photoshopped what a shame", while another commented: "I just noticed how long the thigh is compared to the rest of her body."

Another separate campaign shot sees her laying naked on a bed with just her fingertips covering her nipples, and a slither of silk fabric covering her nether regions.

Another picture captures her in the nude holding her breasts, while turquoise threads drape down from her eyes.