KENDALL Jenner has highlighted her teeny tiny waist in a set of new photos as she partied in Dubai on Friday night.

Kendall, 27, took to Instagram in the early hours of Saturday and shared snaps of herself ahead of the grand opening of the new hotel Atlantis The Royal. 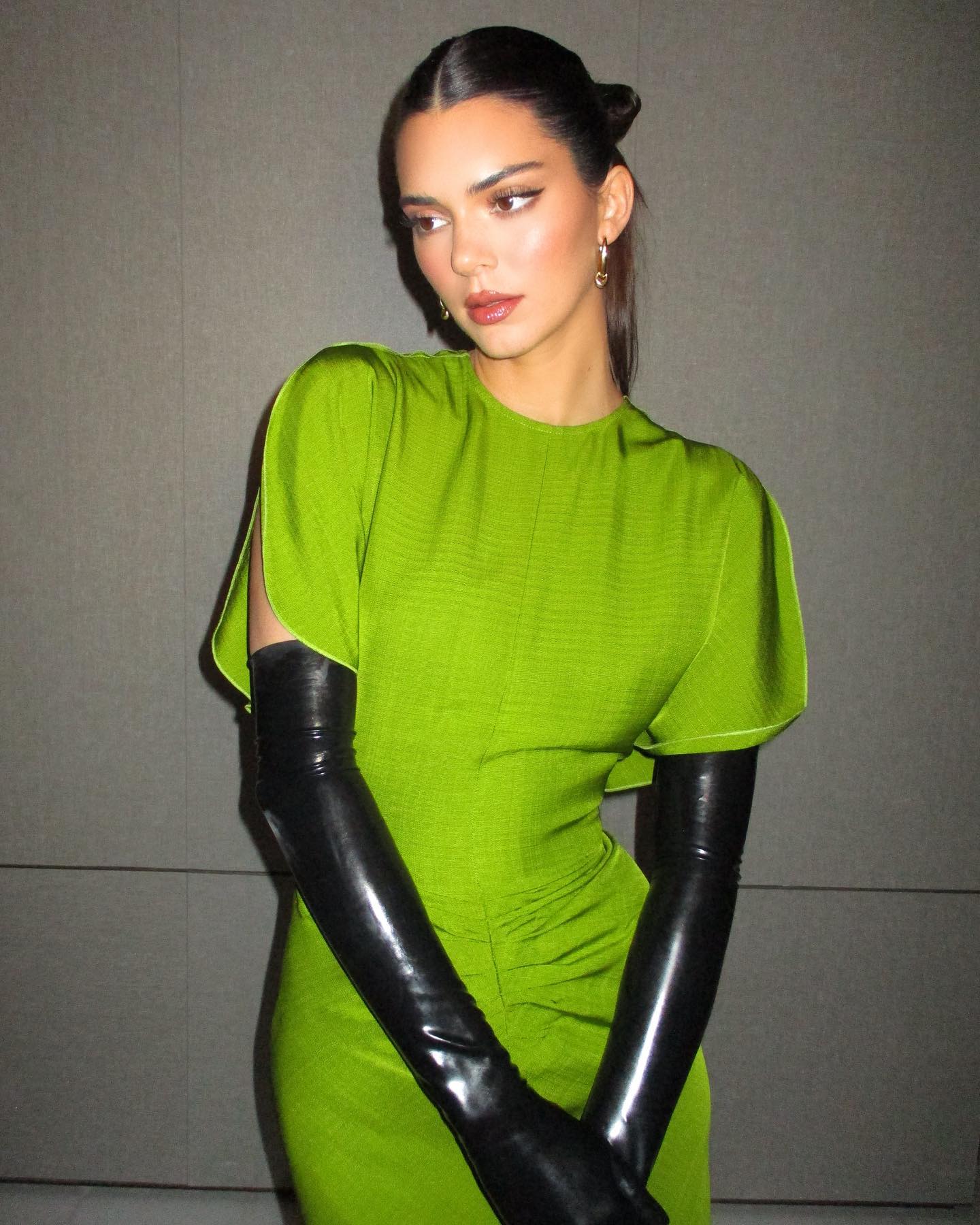 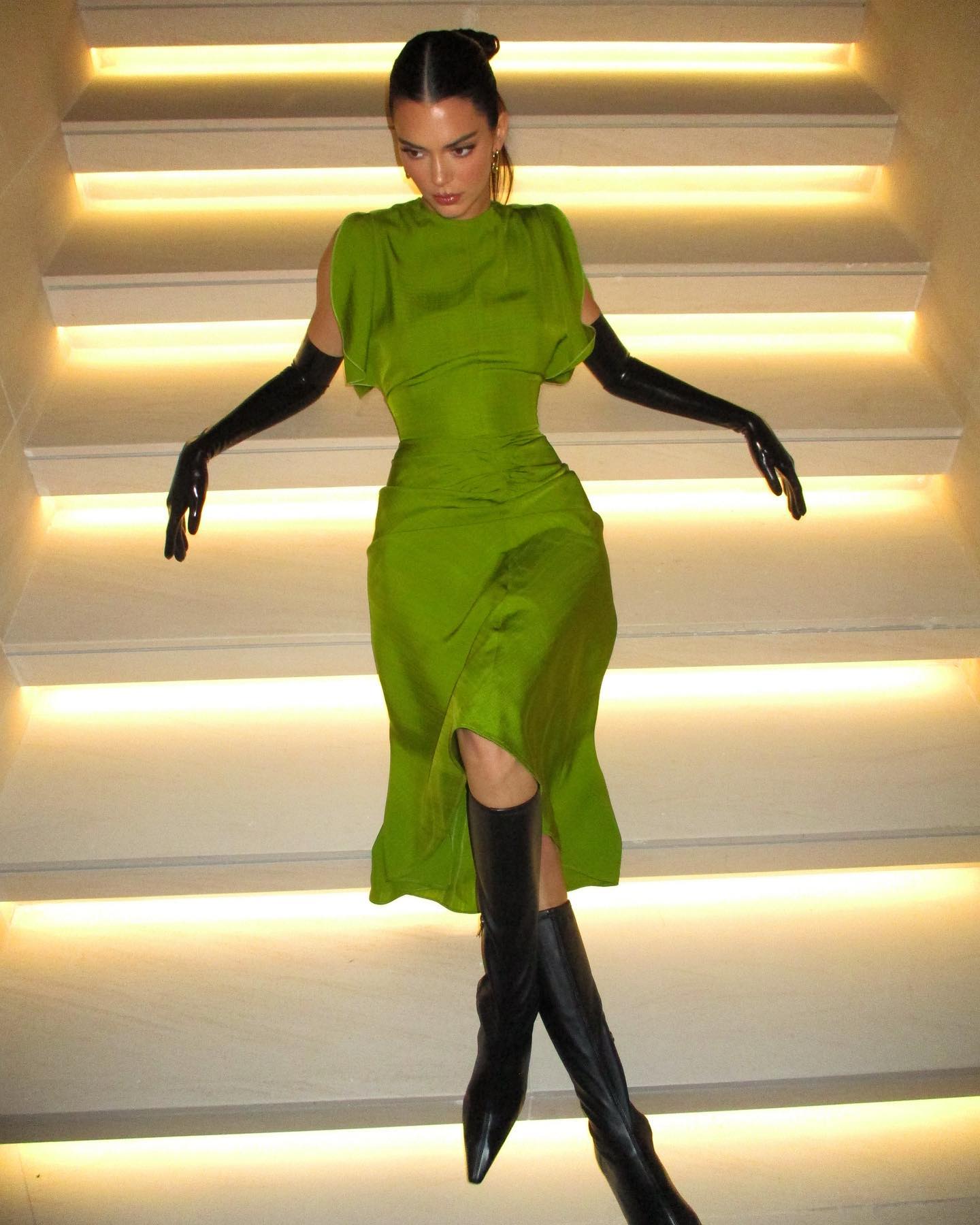 The reality TV star looked incredible in a figure-hugging green dress that featured a cinched-in waist and draped sleeves.

Kendall teamed the sleek garment with a pair of black knee-high leather boots and long latex gloves as she posed on a lit-up staircase.

The Kardashians star wore her brunette hair slicked back into a bun ponytail and accessorized with a pair of simple gold hoop earrings.

Kendall went into full model mode for the photo shoot and kept a straight face as she pulled various different poses before partying the night away.

Her followers were delighted with the new photos and quickly took to the comments section.

"I have never seen a such beautiful girl," one person said.

Another wrote: "that outfit on you looks amazing!!" and a third person commented: "love that color you look incredible!"

A fourth person said: "Absolutely stunning," while another added: "This outfit really suits you Kendall."

Most read in Entertainment

Danniella Westbrook is unrecognisable in picture of bruised and bloodied face

It seems Kendall's very own tequila brand 818 was popular at the hotel opening as she later shared a video of a tray of shots being poured.

She also reshared a photo taken by her pal Simon Huck which showed her laying on a large sun lounger and clutching a big bottle of 818.

Kendall's night of partying comes after she posted and then deleted some seriously sexy lingerie photos earlier this week.

Kardashian fans believe she deleted them not because of their racy nature, but because of some photoshop fails.

Kendall took to her Instagram feed to share several stunning snaps of herself seemingly at home, wearing a purple and pink cheetah print bikini with matching gloves.

In one pose, Kendall sits on her floor wrapping her arms around herself, while in another, she lounges on the couch gazing into the camera lens.

While the model looks stunning per usual, she archived her photos and removed them from her main Instagram feed.

Some Kardashian critics on a popular Reddit thread following the family theorized why the Hulu stunner removed them.

One person wrote: "Maybe because the photoshop is out of this world."

Another critic wrote: "i mean the window frame by her side in the third one is wompy as h**l lol def not straight. i would’ve archived too."

"Idk maybe she noticed the dent in her thigh in the 3rd pic," wrote another.

"There are massive photoshop fails in these pics," claimed another writing, "pic 1 – floorboard different levels. bottom of curtain is maybe warped in third pic idk."

Regardless of the supposed photoshopping, Kendall has been posting more and more steamy photos to her social media, upping her game. 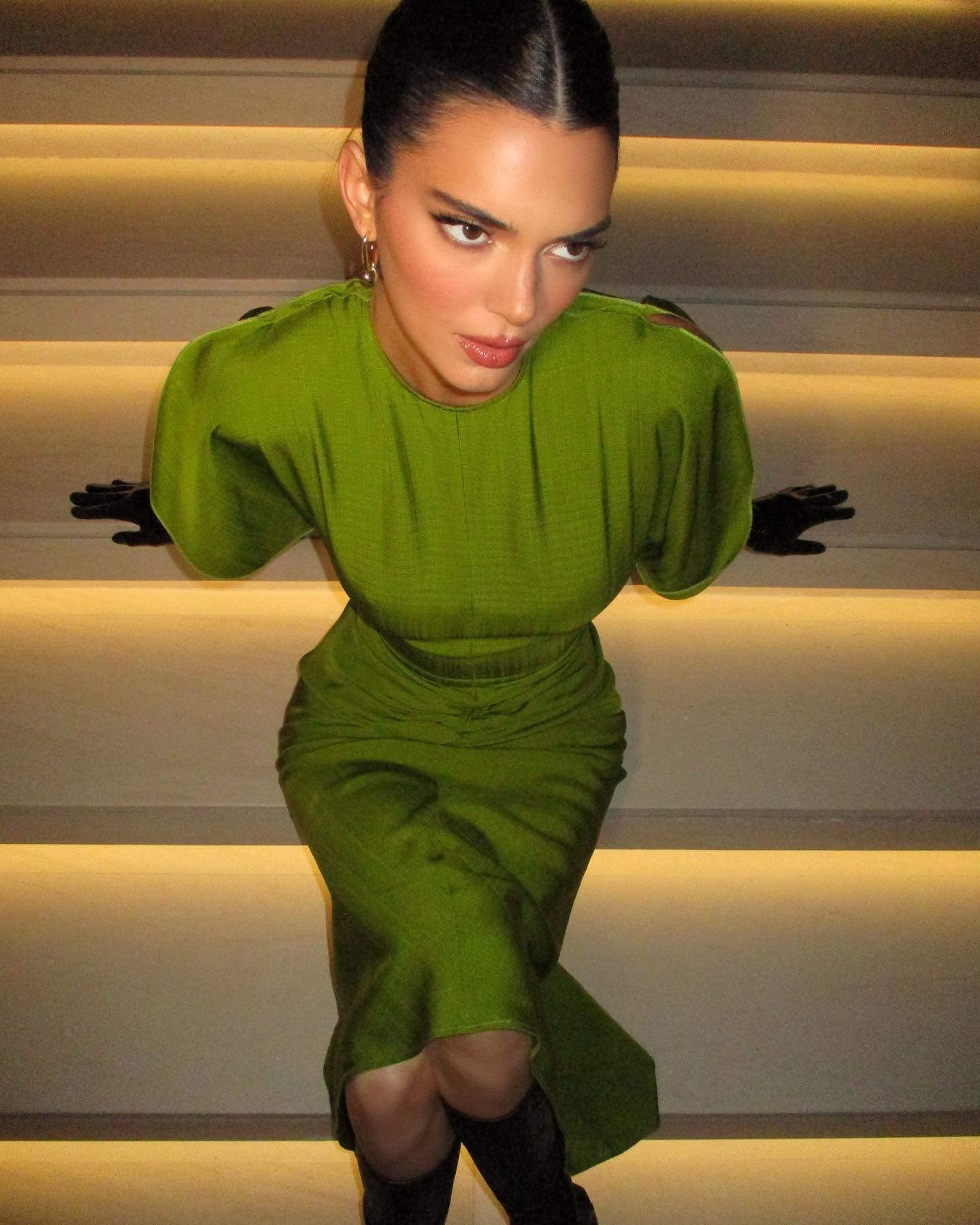 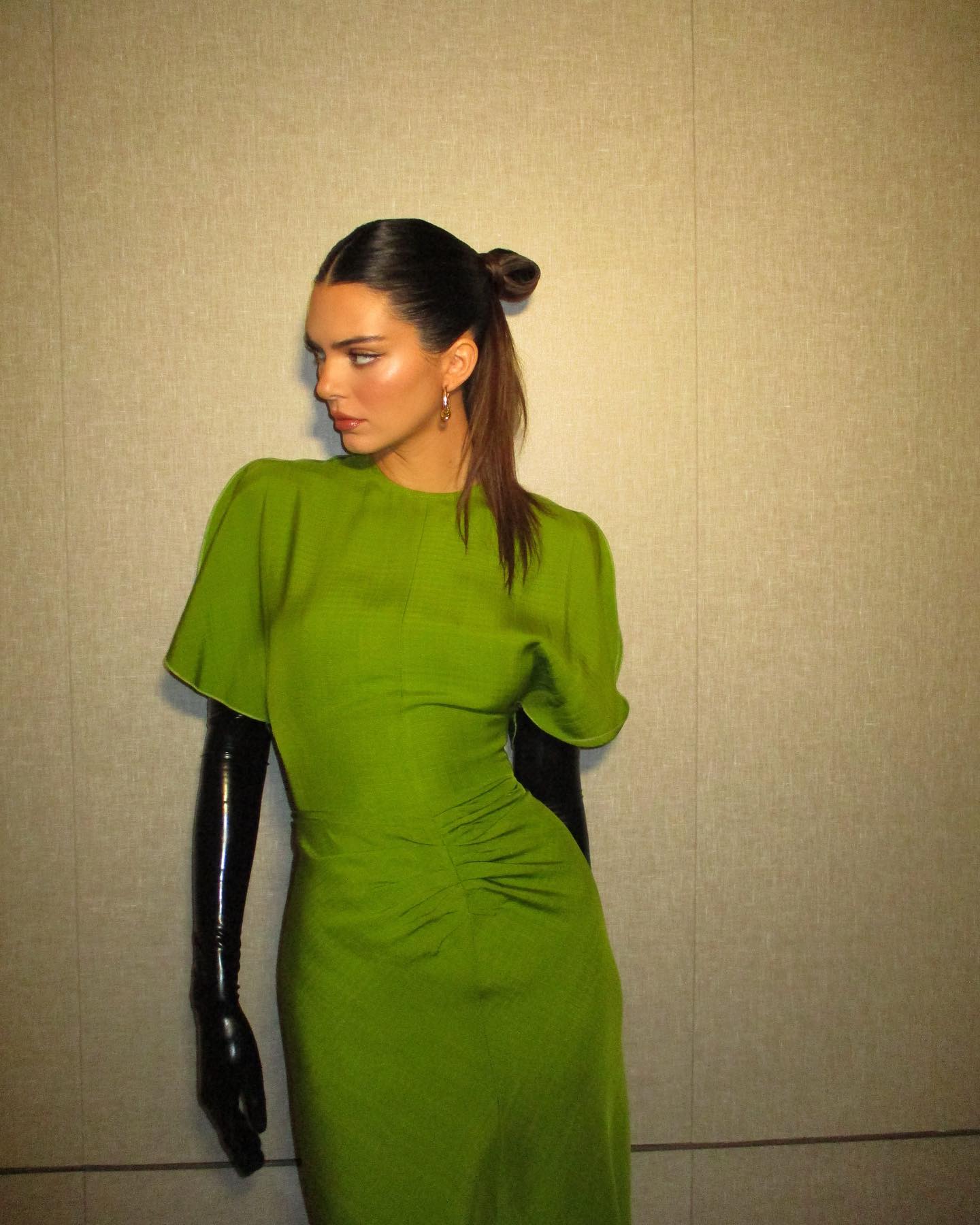 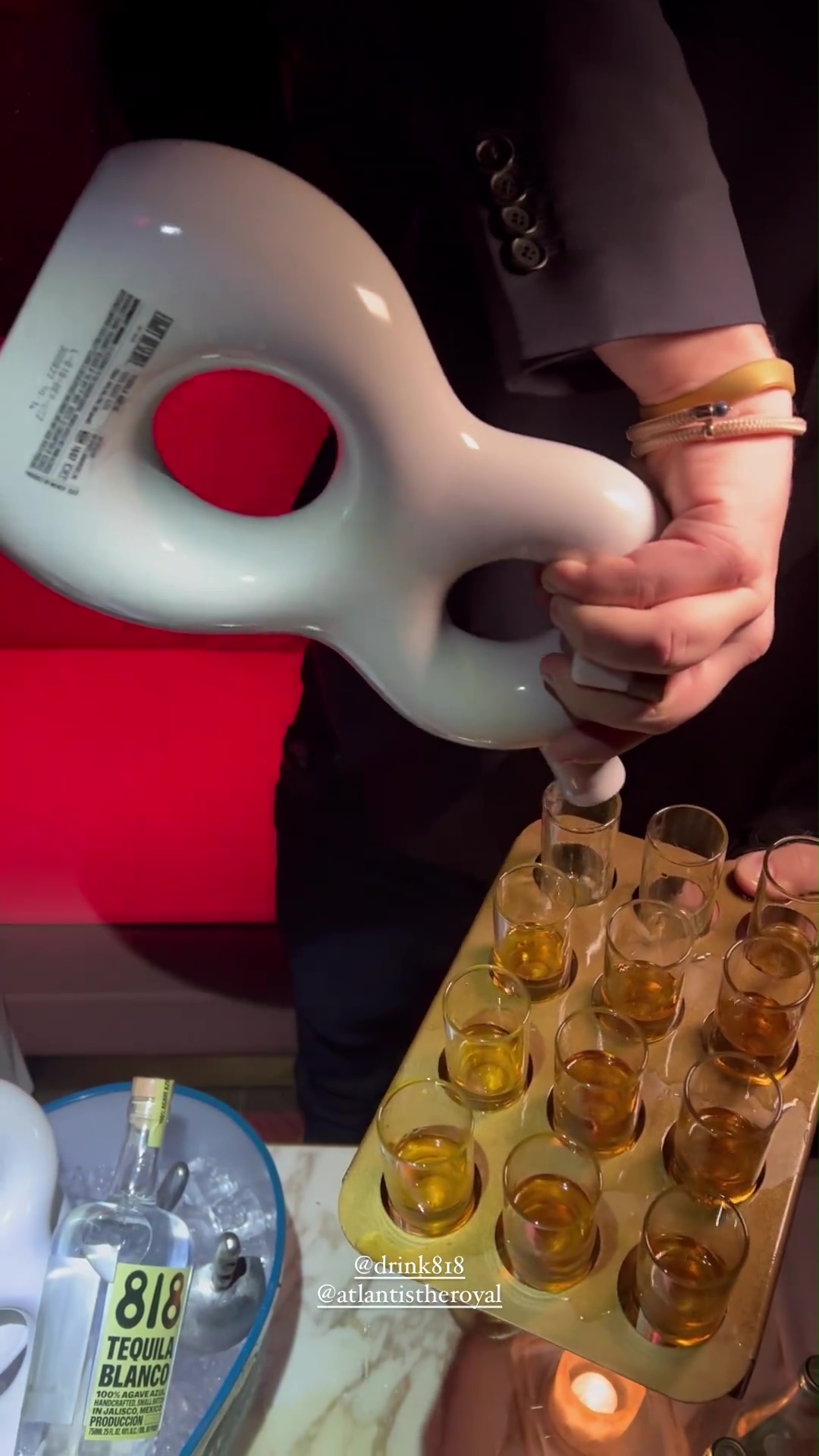