Kelly Ripa opened up a can of worms on her ABC show with a discussion about divorce with her co-host, Ryan Seacrest.

The mom-of-three read out a year-by-year guide to the risk of divorce and her comments had the audience and social media followers in stitches.

Kelly began by saying that the risk of a marital break-up in year one and two was “high risk” and the audience gasped.

But Kelly – who is married to Mark Consuelos – admitted she believed the statistics, “100%”.

The duo went down the list, commenting on the different categories until Ryan asked about people who had been married for over 25 years and then directed the conversation to Kelly.

MORE: Kelly Ripa makes surprisingly candid confession about the beginning of her marriage

The star recently celebrated her 26th wedding anniversary with the Riverdale actor, but teased that divorce isn’t off the cards just yet.

A post shared by LIVE with Kelly and Ryan (@livekellyandryan)

Kelly and Ryan discussed divorce and had the audience in stitches

“We are 26 years,” she said when Ryan asked where they were at. “Yeah listen though. I get it. I remember when Joaquin went to college and I was like, ‘Do you have to breathe?'”

The audience erupted in laughter, as did Ryan, who then proceeded to enquire about both his and her parents who have been married forever!

Kelly’s quick-witted response earned more chuckles, as she said: “Oh I think my parents have just honestly forgotten to get divorced.”

Kelly and Mark have been married for 26 years

The clip was shared on Instagram and fans commented that Kelly was “hilarious,” and admitted they felt the same when they became empty-nesters.

Kelly and Mark have one of the strongest and longest relationships in showbusiness and she recently revealed they had marked a major milestone.

She confessed that their recent getaway was their first solo vacation without their three children in a quarter of a decade. 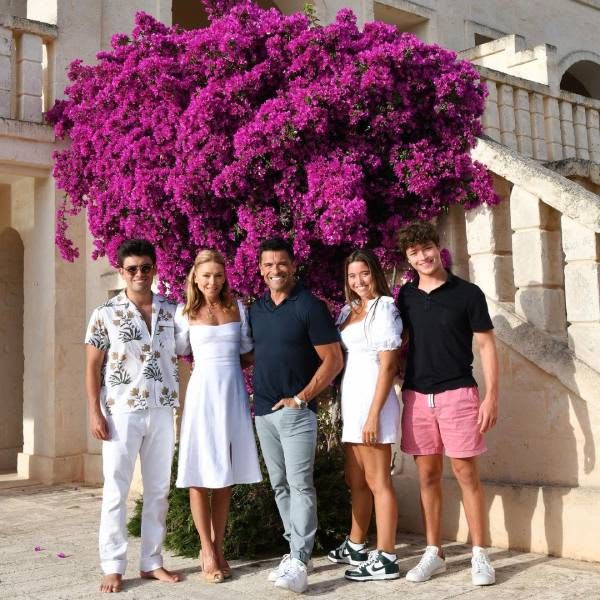 Speaking on her show, Kelly detailed their adventure and added: “This is our first vacation in 25 years without children and parents, without the tribe. Mark and I were like what are we gonna do without the kids?”

But the energetic duo had no issue finding activities as she admitted: “We had the time of our lives out in Utah. It was adventure time. We hiked every single day. It was beautiful and we were in Colorado too.”

Both Kelly and Mark shared photos from their trip – and it did look magical.