KELLY Brook sizzled in a sexy sequin jumpsuit as she celebrated her 42nd birthday on Saturday night.

The model showed off her incredible figure as she stepped out in London with boyfriend Jeremy Parisi, 35. 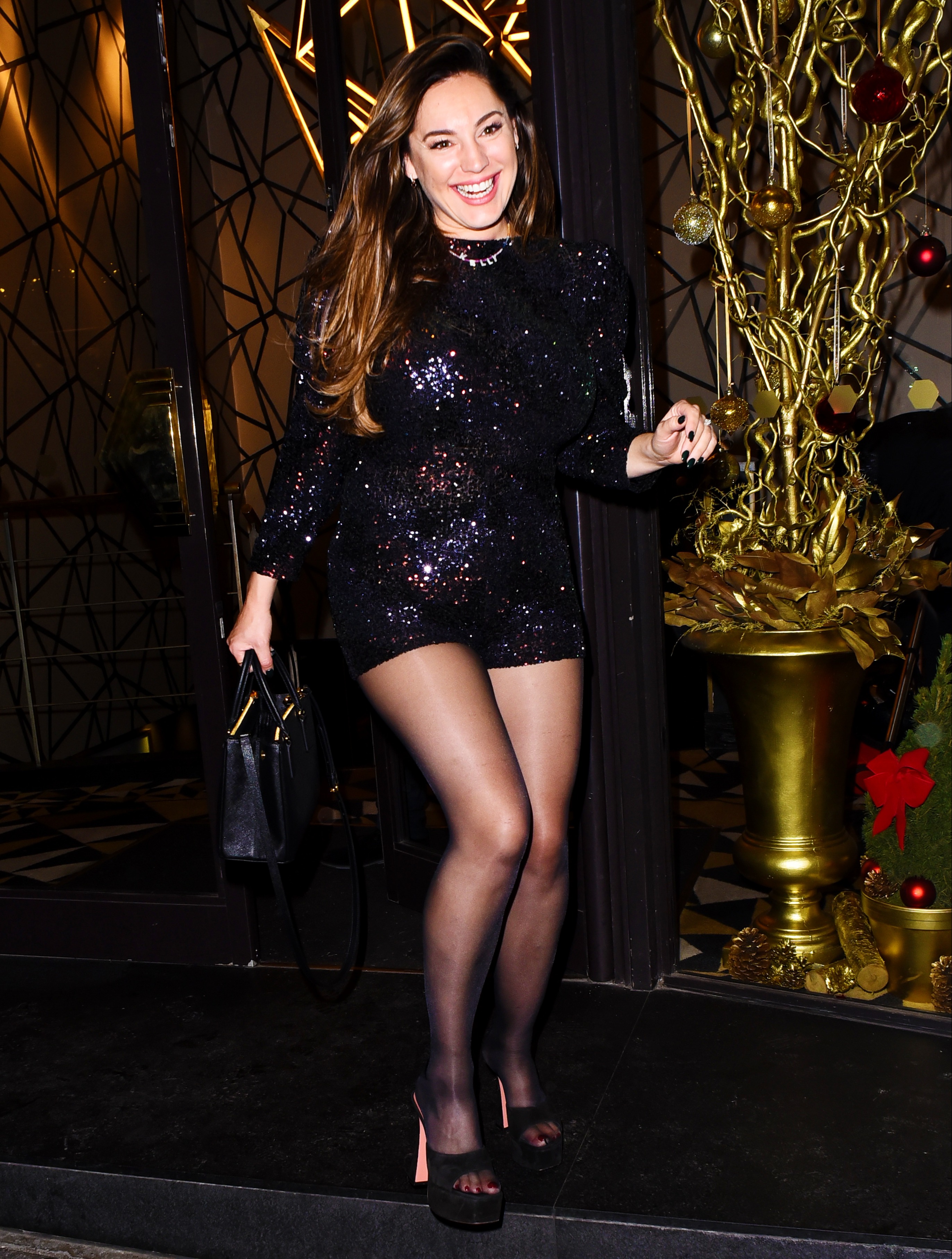 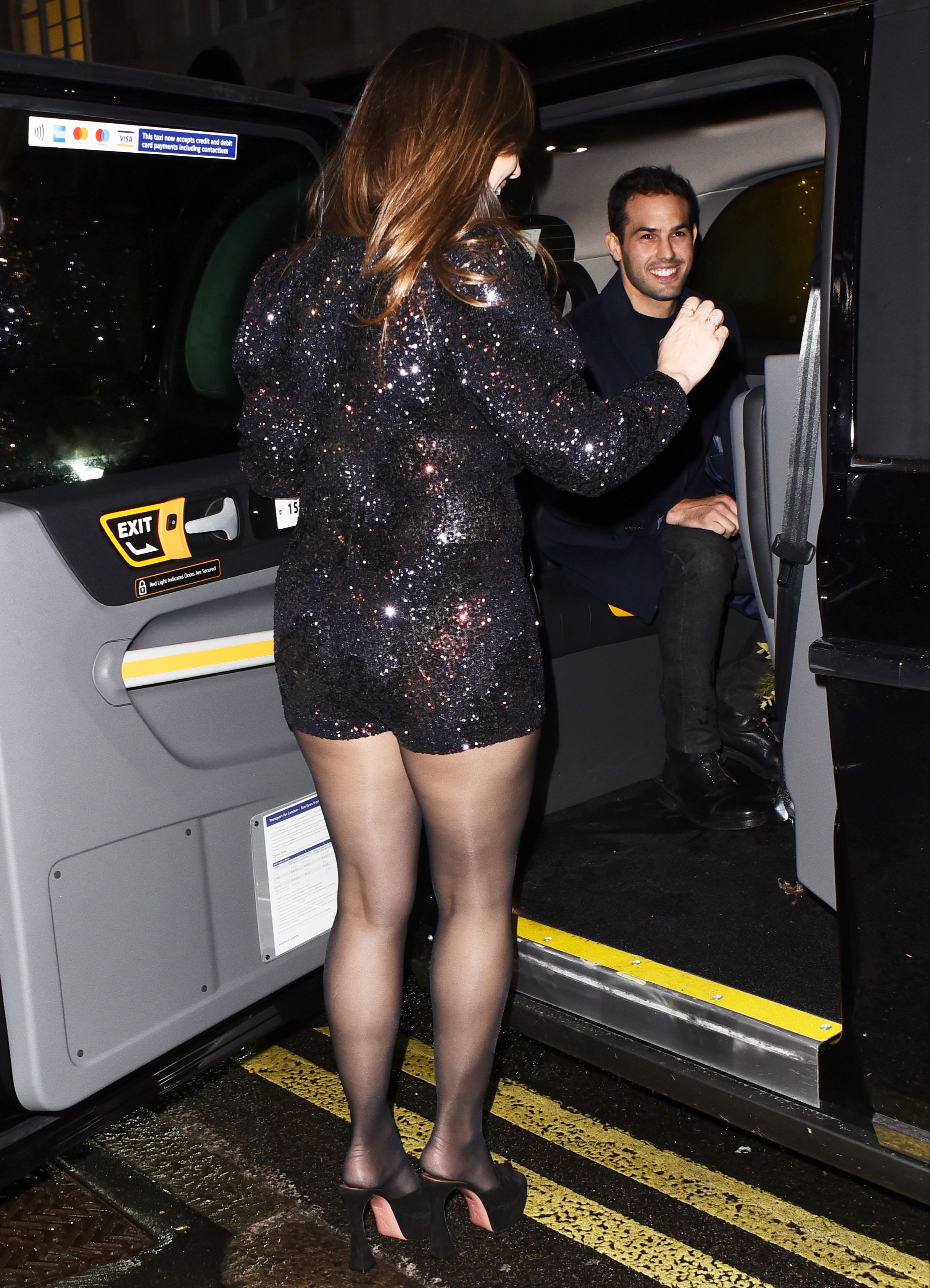 The Heart radio star flashed her toned pins as she dazzled in the sparkly number and kept warm with a pair of sheer tights.

She oozed glamour as she arrived at Quaglinos in St. James with her beau Jeremy and their families.

Kelly showed off her curves in a body hugging outfit as she partied in the exclusive venue for 5 hours before heading off with Jeremy.

She completed her look with a pair of black felt stilettos and a personalised necklace with her name on it.

Kelly kept her tresses in soft waves and opted for a neutral palette with accentuated her natural beauty.

She beamed at the camera as she left the swanky brasserie-style restaurant and headed for a taxi.

The brunette beauty waved at snappers at the end of the night and looked happier than ever as she was pictured laughing.

Jeremy looked dapper in a black jacket and jeans as he carried bags of presents for his partner.

Kelly recently revealed her secret to dropping a dress size after lockdown ‘snacksidents’ made her gain weight.

When lockdown left many Brits feeling sluggish and piling on the pounds, the model was no different.

After getting "stuck in a rut" as her priorities shifted and her strict regime fell by the wayside, Kelly says she went up a dress size.

Speaking to The Sun, the actress admitted the idea she has an unfaltering confidence in her figure and looks is a myth.

Like women across the nation, she too has days where she feels unattractive.

“I’m only human. We all have days where we don’t feel attractive and generally there were two scores of people during lockdown.

“There were people who were working out in their gardens and then those who bought a pizza oven, a bread maker, and an ice cream machine – I was in that camp”, she said.

The TV favourite continued: “There was part of me that thought I would never see anyone again, so I felt like it didn’t matter what I looked like as I wasn’t going to be going to any events.

“I had times during last year where I let my healthy habits slip and as a result I gained weight, felt sluggish and generally felt lacking in ummph.

“A lot of it was down to what I like to call ‘snacksidents’, it was such a strange time and no one knew what was going to happen.”

It was a far cry from the world where Kelly first launched her career, which led her to being considered among the sexiest women in the world.

Kelly admitted it was a challenging, at the time magazines and Hollywood celebrated the super skinny.

And while many of her fellow models at the time were naturally thin, Kelly said she didn't look like the other girls on the pages of glossy magazines.

Now that Covid restrictions have lifted, Kelly has tried to regain her focus.

She added: “I didn’t embark on a journey to lose weight because I wanted to be a specific size or reach a certain milestone on the scales.

“It was the decision to do something healthy and positive for myself that has been the most rewarding and liberating. Making an active choice to lose weight and then maintain a healthy weight with SlimFast has been really empowering.

“It’s a way of being active in the body and mind set. Filling myself up with positivity and ‘can-do’ vibes as well as fuelling my body with tasty, nutritious food and shakes to keep my weight and wellbeing on track.” 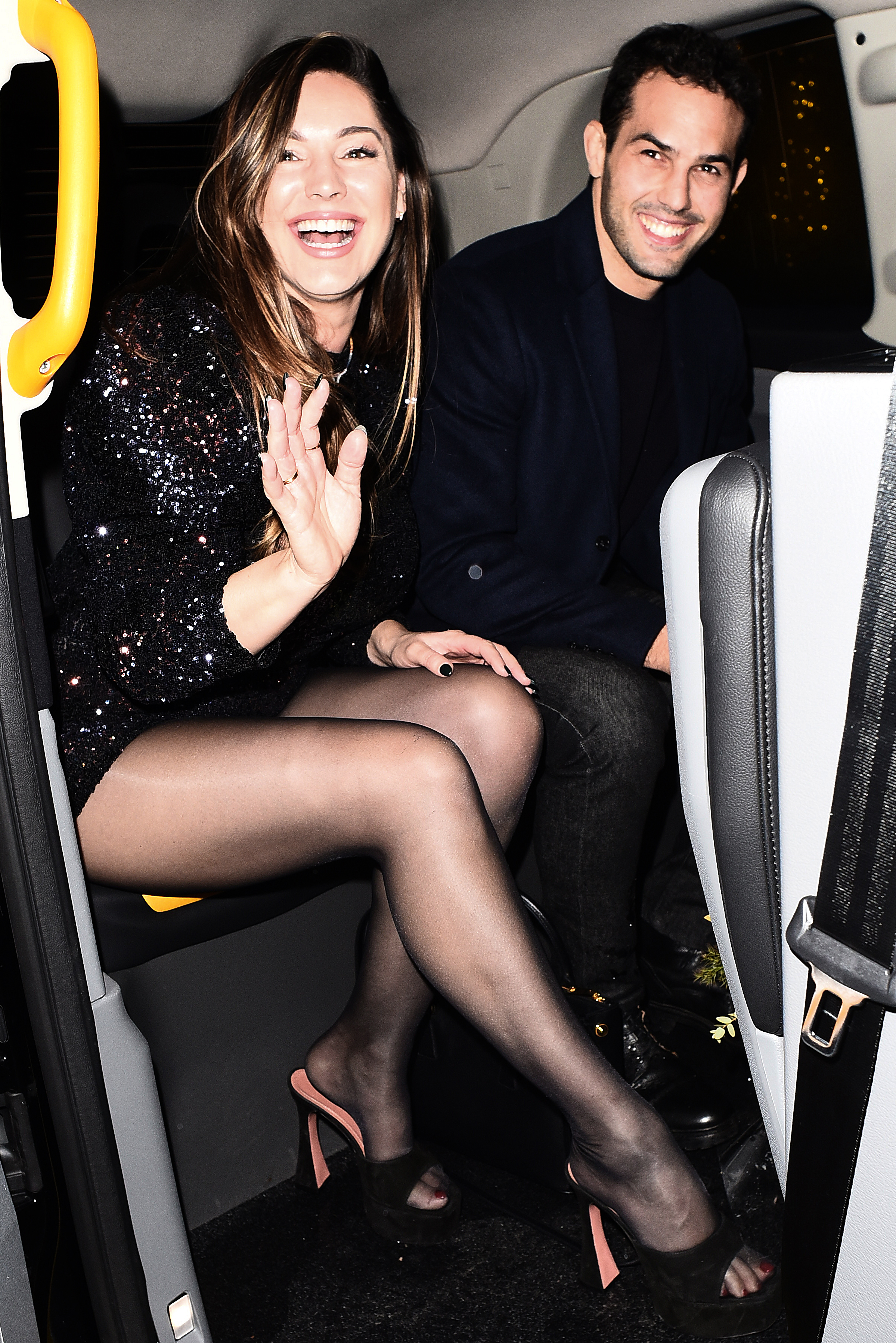 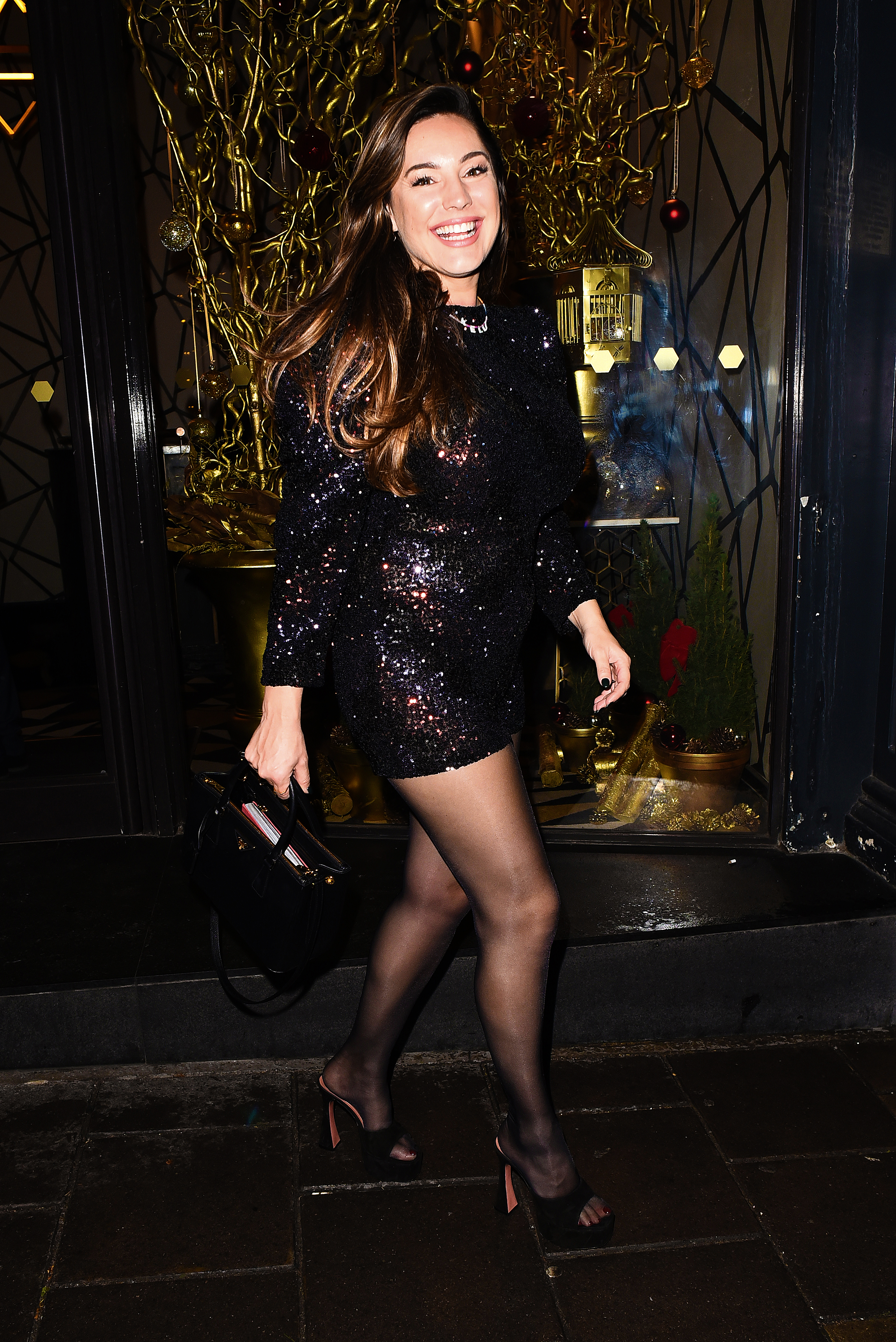 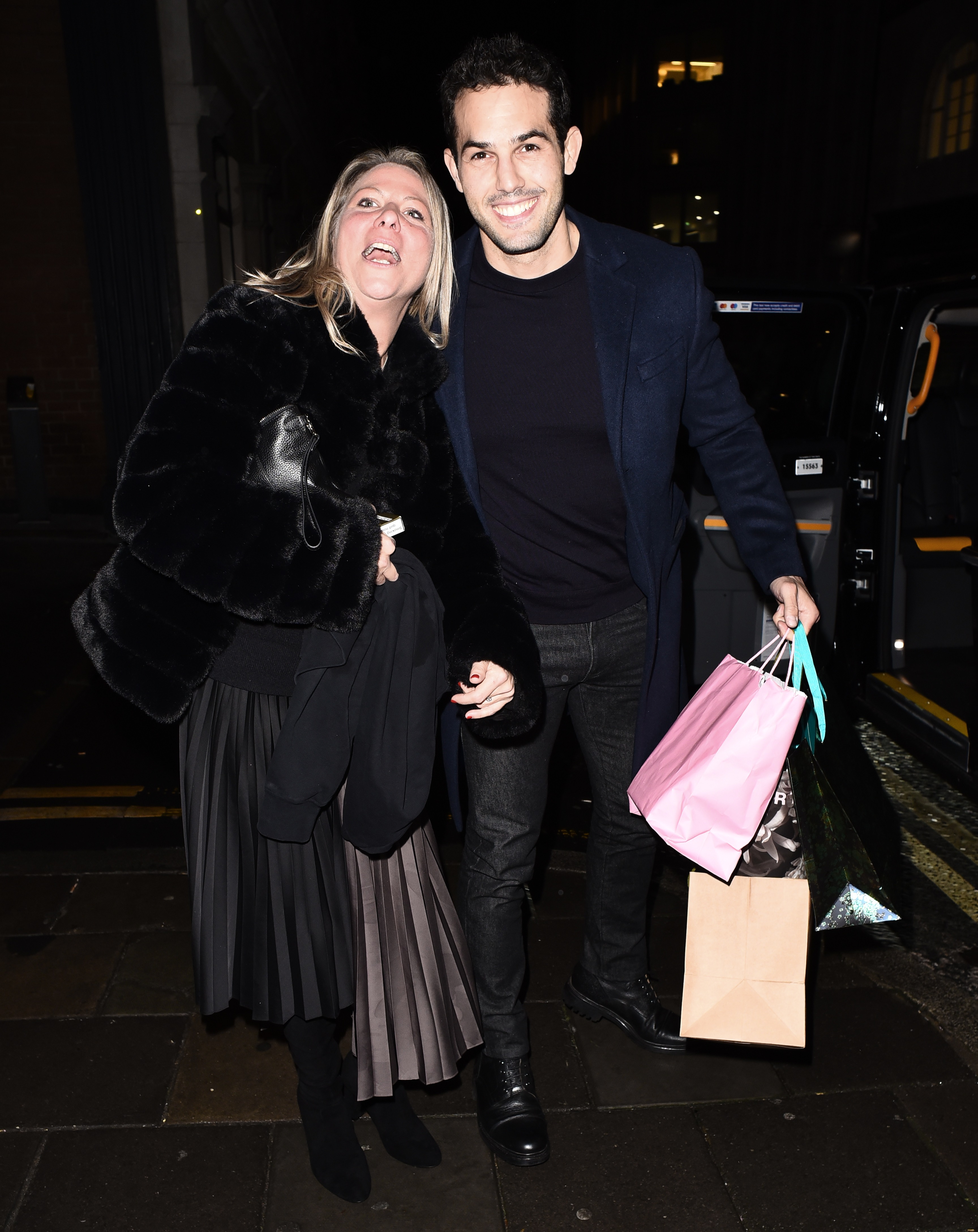