The pair attended Shocktober Fest at Tulley's Farm with their Strictly Come Dancing co-stars and happily posed for the cameras before getting spooked at the event. 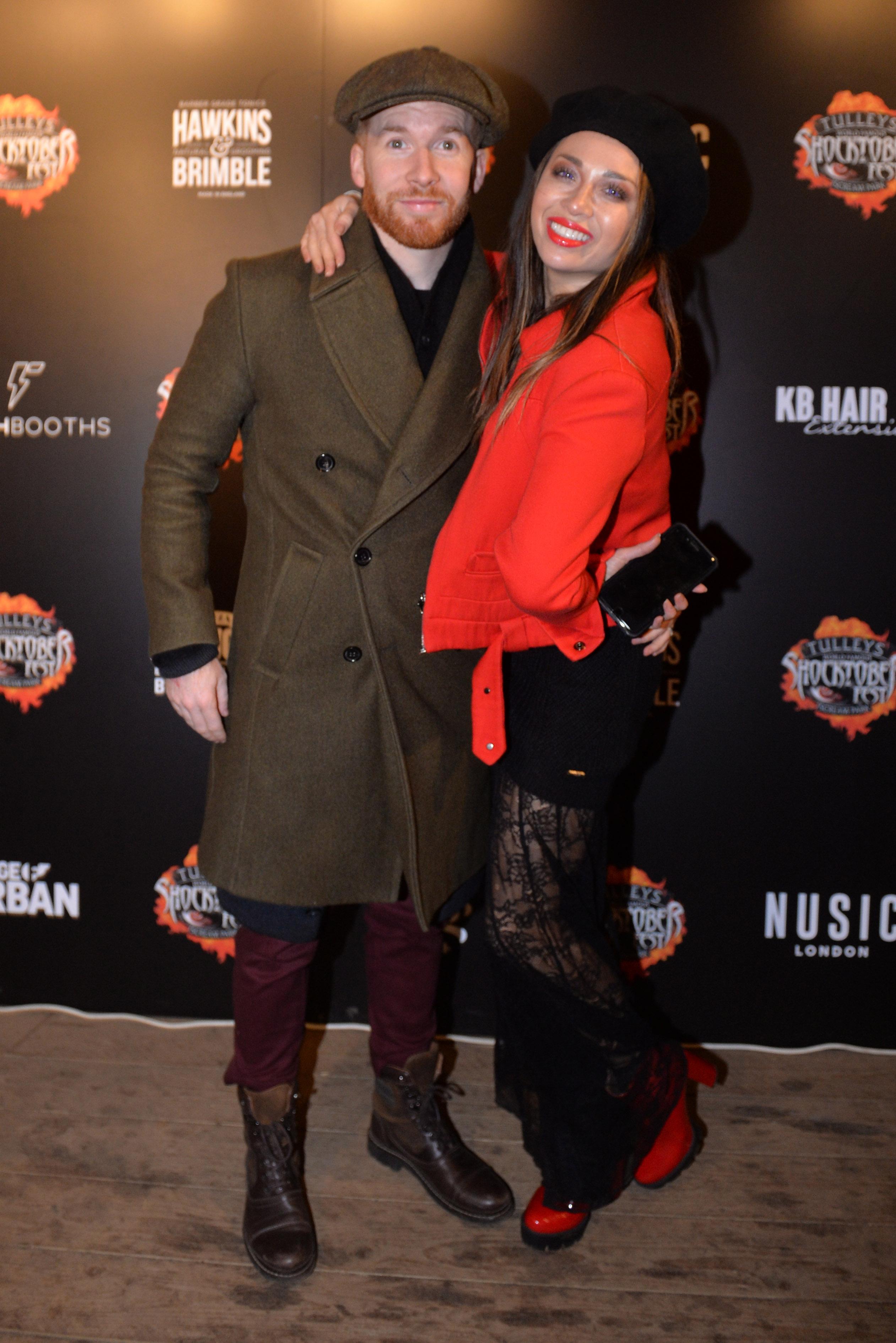 As well as Halloween, the group were celebrating Joanne Clifton's birthday and Katya took to her Instagram stories to give fans a further insight into the night.

Among the footage was a clip of the dancer's husband, Neil, posing with scantily-clad horror actresses.

Katya could be heard cheering her husband and dancer Graziano Di Prima on as they were surrounded by attractive women dressed up as sexy zombie nurses.

The couple are putting on a united front after Katya and her Strictly celebrity partner, Seann Walsh, were eliminated from the BBC One dance competition at the weekend. 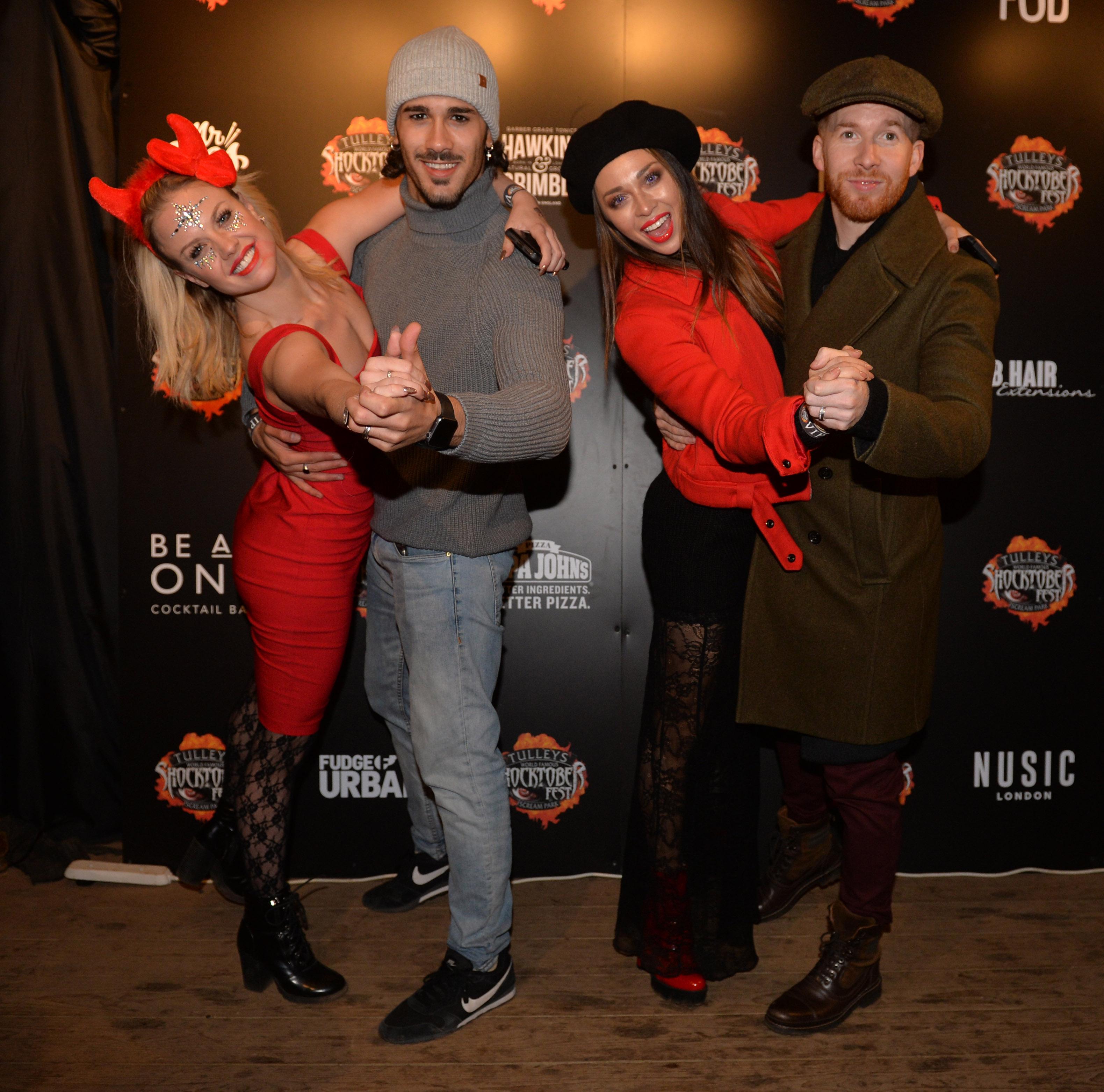 Seann and Katya had been at the centre of a cheat scandal after they were pictured passionately kissing in the street earlier this month.

Neil hasn't commented on the scandal, but Katya repeatedly insisted that their marriage is "fine" – although her husband was noticeably absent when the pair got booted off Strictly during Sunday night's results show.

The Sun Online also reported that Neil banned Katya from speaking to Seann at the Pride Of Britain Awards earlier this week.

The star shared a loved-up snap with his wife on Instagram – the first since the kiss occurred – but behind the scenes things aren't as peachy as they appear. 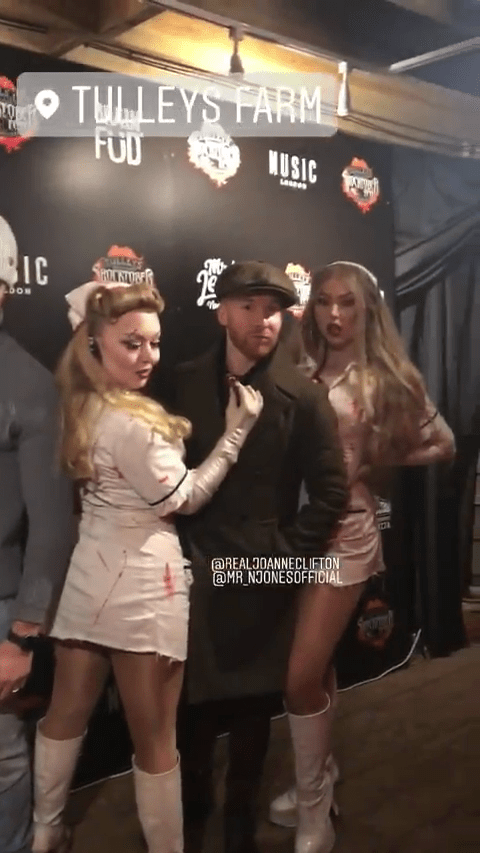 A source told us: "Neil and Katya were halfway up the red carpet when Seann arrived.

"Katya said she was going to say hello but Neil held her back and told her 'We’re not on Strictly now, don’t you dare'.

"An organiser foresaw a potential bust-up so held Seann back to ensure they were kept apart. 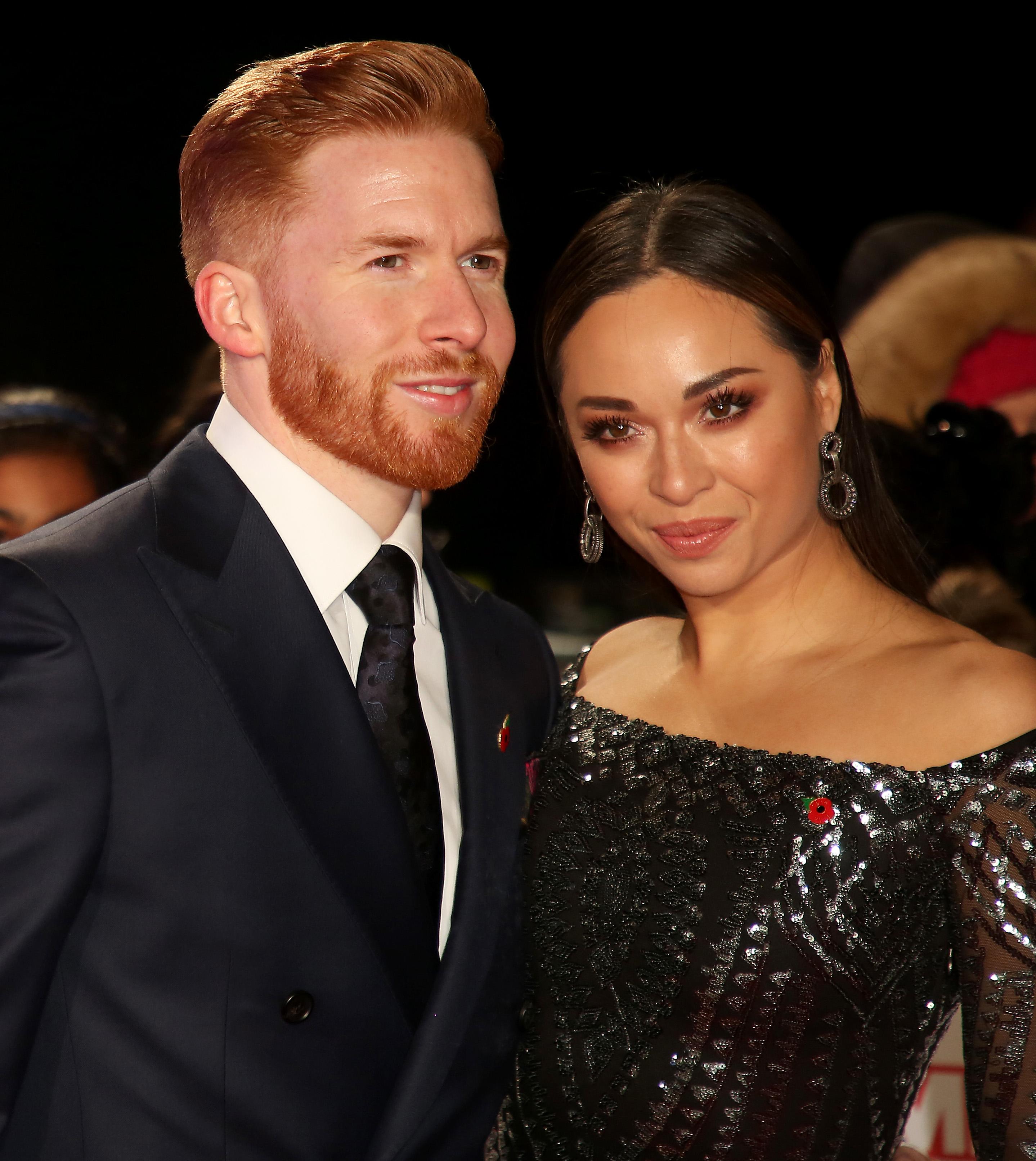 Speaking to host Tess Daly about his time on the show, Seann previously confessed that the kiss scandal had been a low point in his Strictly experience – but dubbed Katya a "dream come true".

"But generally speaking from the beginning it really was. I can’t believe it, it’s been amazing."

Katya added: "It wasn’t easy but thank you for your commitment every single day. 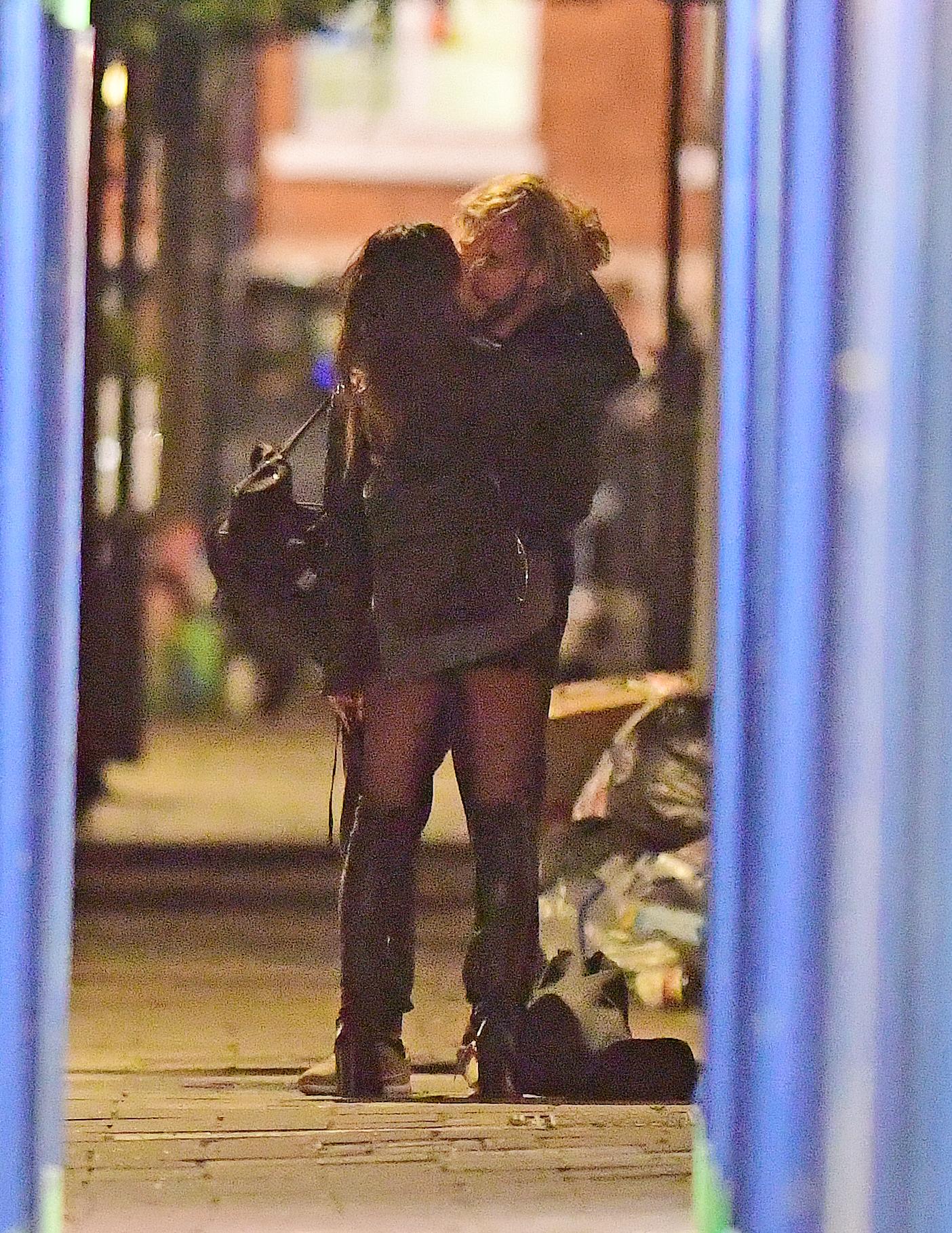 "We did twelve hours, it was amazing and I’m so proud of you from day one when you couldn’t get your right from your left and now delivering dances like that that. Thanks for making me laugh a lot."

"I’ve been Neo from The Matrix, I’ve been used as a set of steps and even Craig a few weeks ago called me hot, it’s been a dream come true and that’s because of you." 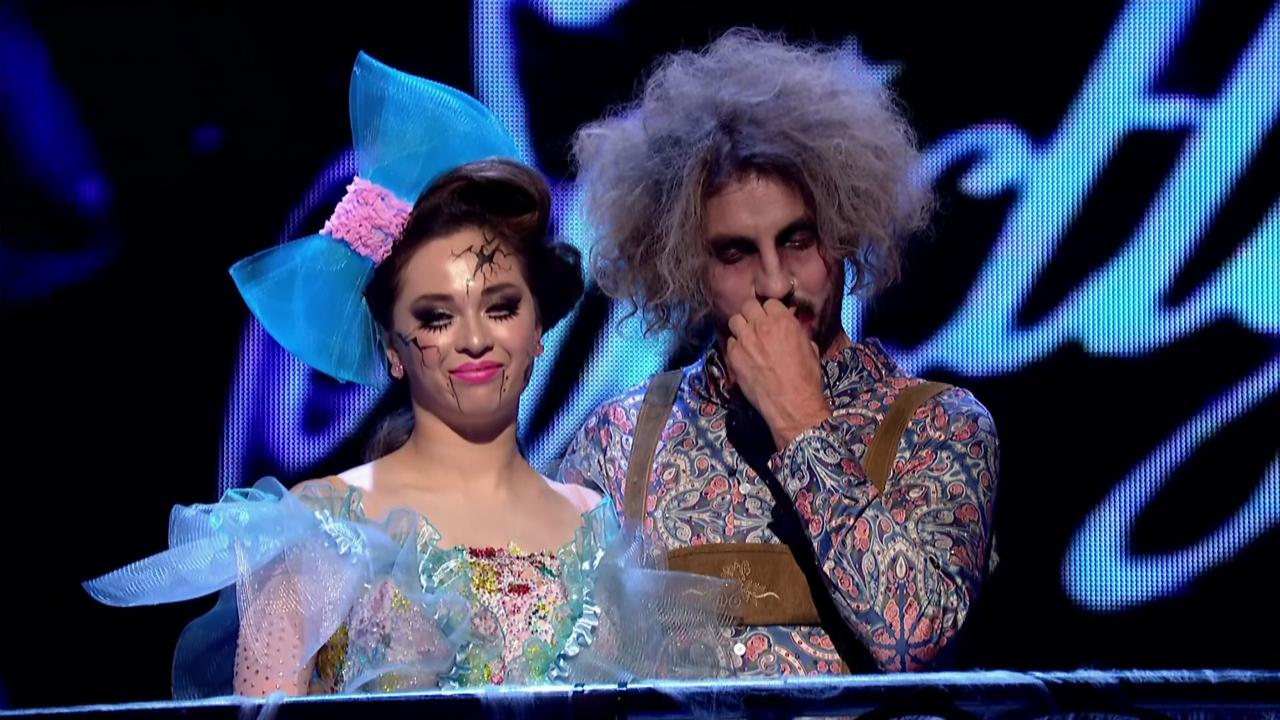 Tweeting after the results show aired, Seann took to social media to thank Katya again, as well as their supporters.

The star wrote: "Thanks everyone. And thank you to @Mrs_katjones for managing to keep in a man that dances like a shed in the wind for this long.