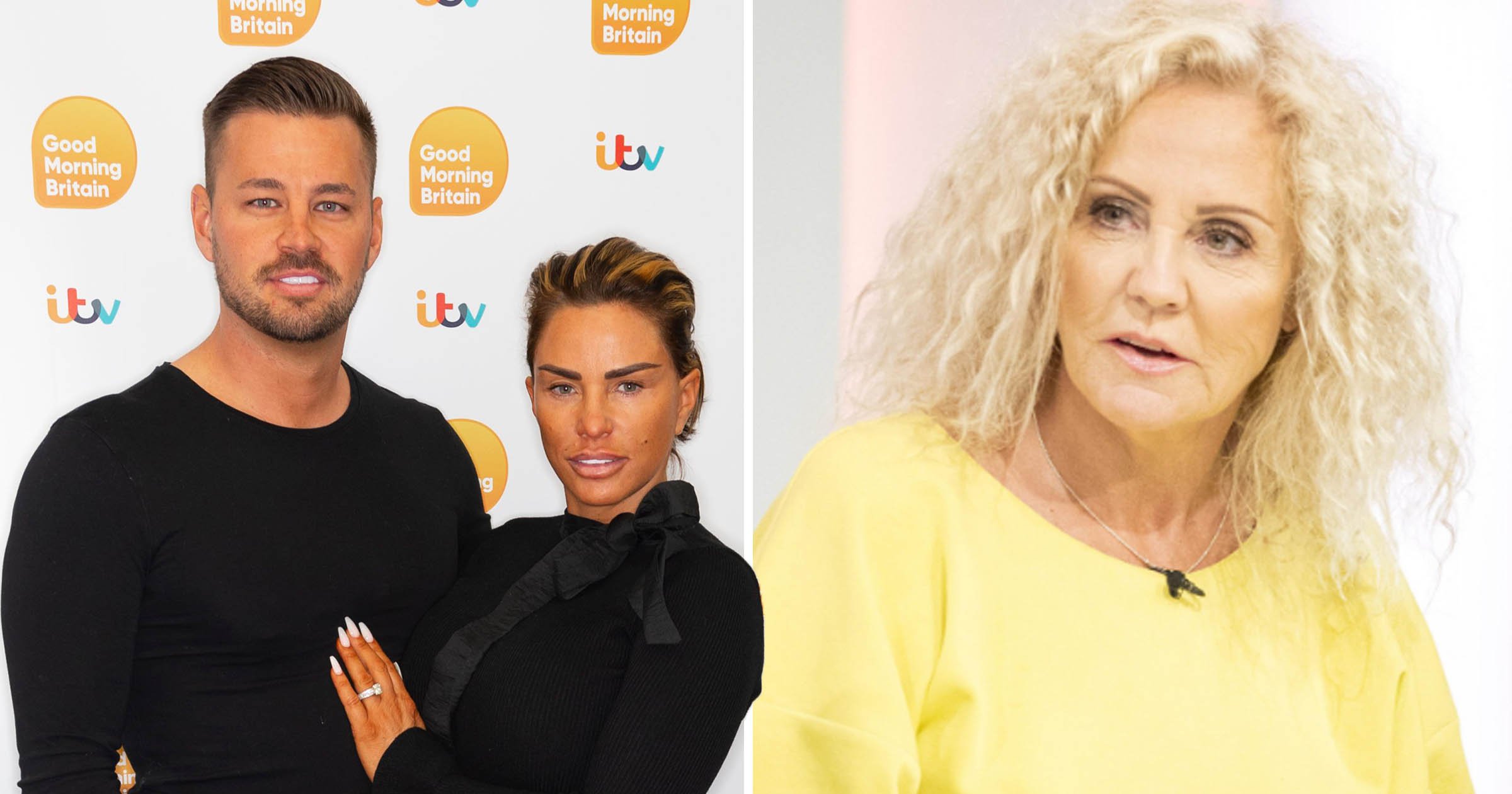 Katie Price has confirmed she is planning to marry fiancé Carl Woods this year so that her terminally ill mother can be there.

The former glamour model, 43, recently stirred up suspicion that she and Carl, 32, would get married in Las Vegas, but revealed any upcoming wedding would only take place in the UK.

She revealed on Good Morning Britain that she has big plans for 2022: ‘This is the year for me – babies, marriage I want it all.

‘Like I’ve said before, I’ve definitely found the one with Carl. We will get married and it will be in England.

‘It always will be in England, because obviously the family is there and my mum is terminally ill and can’t travel. I’s never get married unless my mum was there as well.’

Her mother, Amy, has the terminal condition Idiopathic Pulmonary Fibrosis (IPF), which causes the lungs to deteriorate.

Katie is adamant the coming year will be a better one than last year, which saw her recovering from breaking both of her feet and narrowly avoiding prison after crashing her car while disqualified from driving and under the influence of alcohol, among other things.

She was spared jail time after completing a court-ordered stay in The Priory before her sentencing and so was able to spend Christmas at home with her children.

Katie added: ‘2022 is definitely my year. 22 is my lucky number, it’s my birthday. This has to be my year of no dramas. So much happened last year. I am in a very good head space.’

She and Carl had teased fans with a potential Las Vegas wedding ahead of her sentencing, after being photographed obtaining a marriage license and visiting wedding stores.

However, the pair later revealed it was just a stunt for a video yet to be released on Katie’s YouTube channel, to showcase how easy it is to get married in Vegas.

Speaking about her arrest and avoiding jail, Katie told Susanna Reid: ‘Things could have been different.

‘I’m not ready to talk about it yet, but I went to The Priory and now I see a therapist every week and will do forever to deal with the tragic events that led me up to that car.

‘There are reasons why I got in the car and why I was in that mental state. I feel ashamed about it all. It was a traumatic build up. The reasons I’m still dealing with now.

‘It’s a new year, but I’m still dealing with it all. People shouldn’t judge others. There are reasons for why people do things.’