KATIE Price splashed out on 14 new pairs of shoes at Selfridges last night just weeks after her bankruptcy hearing.

The 42-year-old was pictured trying on and buying trainers alongside boyfriend Carl Woods and son Junior. 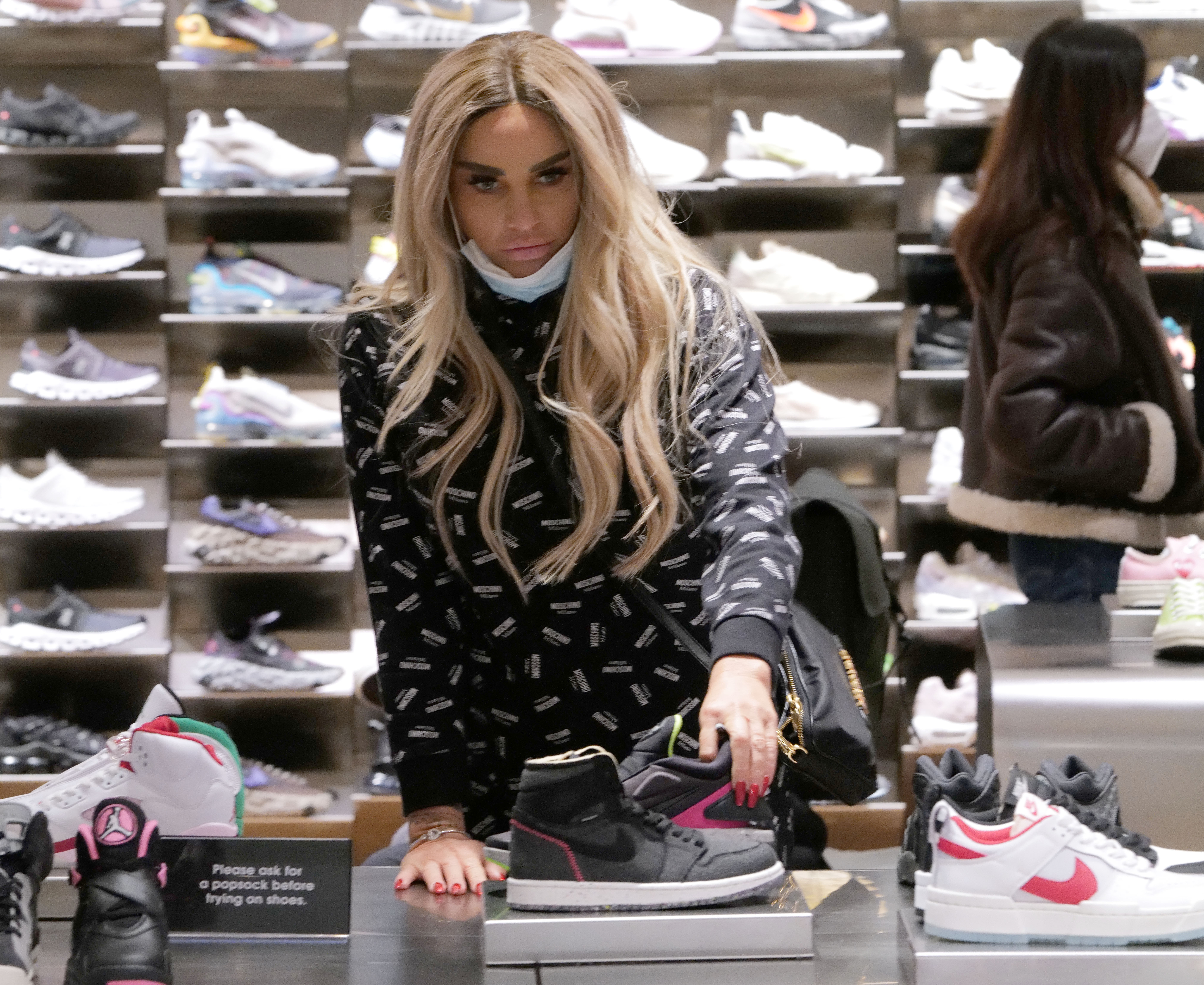 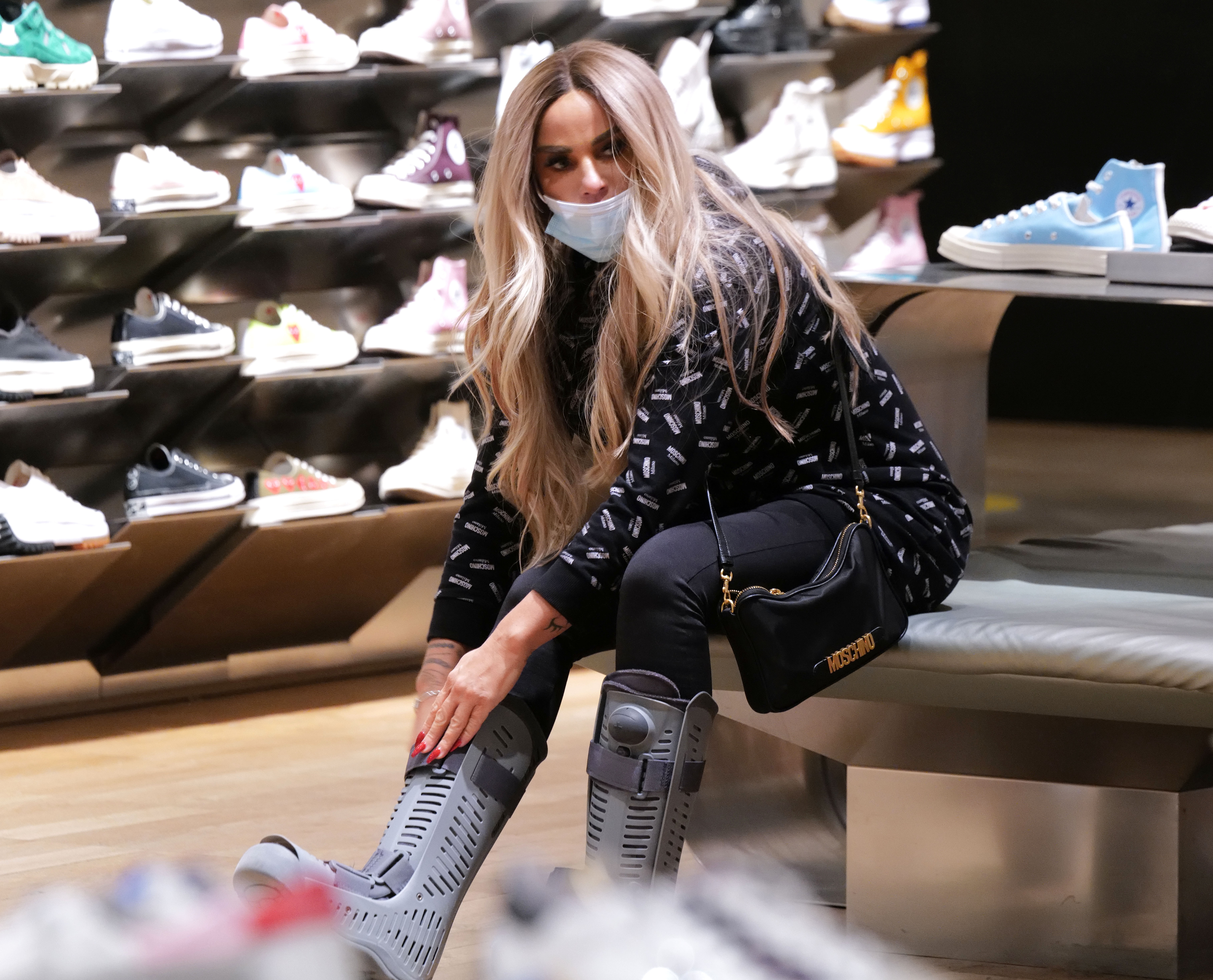 She peeled off her orthopaedic moonboots, which are helping her broken feet heal, and tried on trainers.

Having stocked up in the famous department store, Katie hugged her son Junior as they returned to the car park.

She looked glam with a full face of makeup and wavy blonde hair falling over her black jumper.

The outing came after Katie picked up another haul of presents during a garden centre visit. 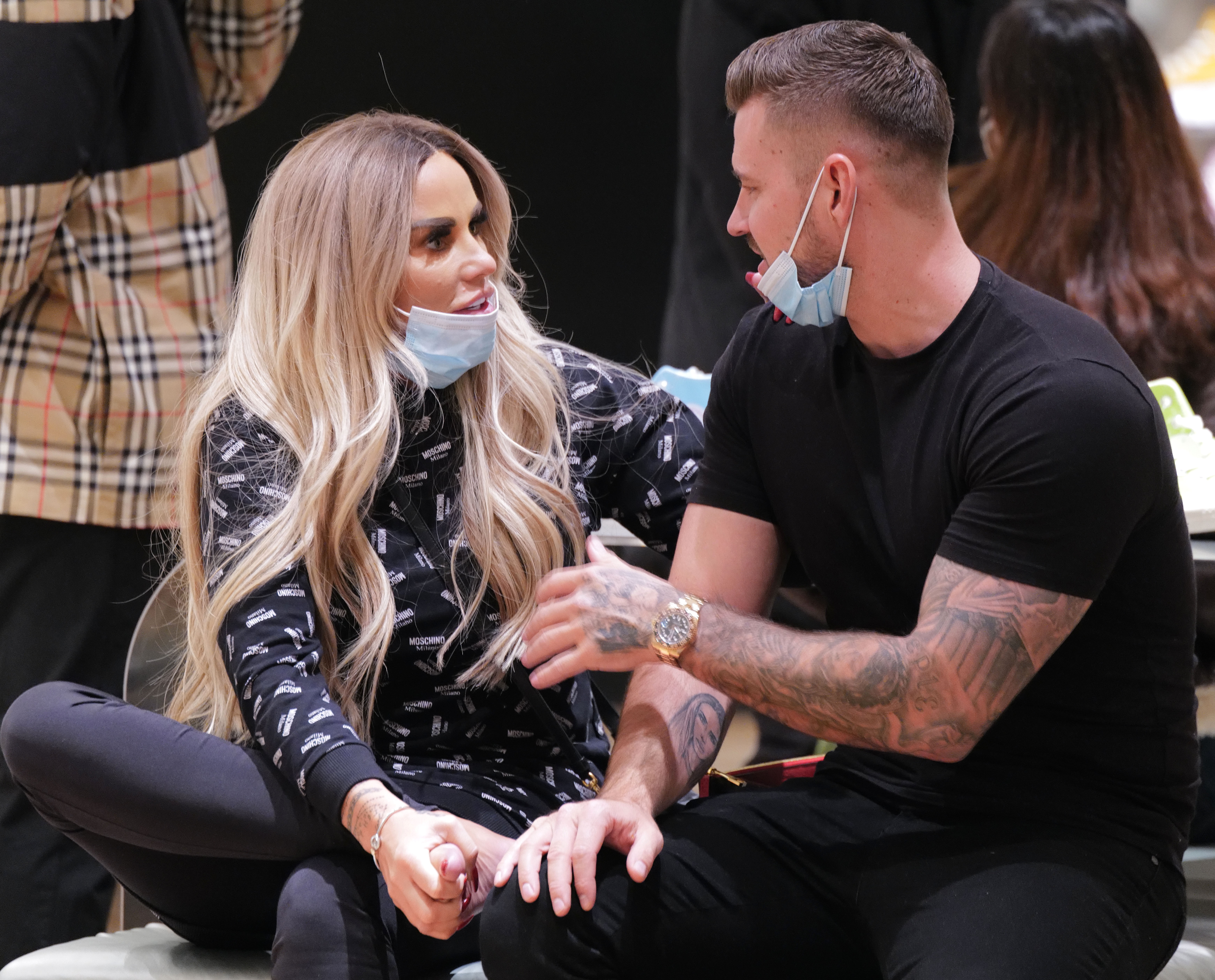 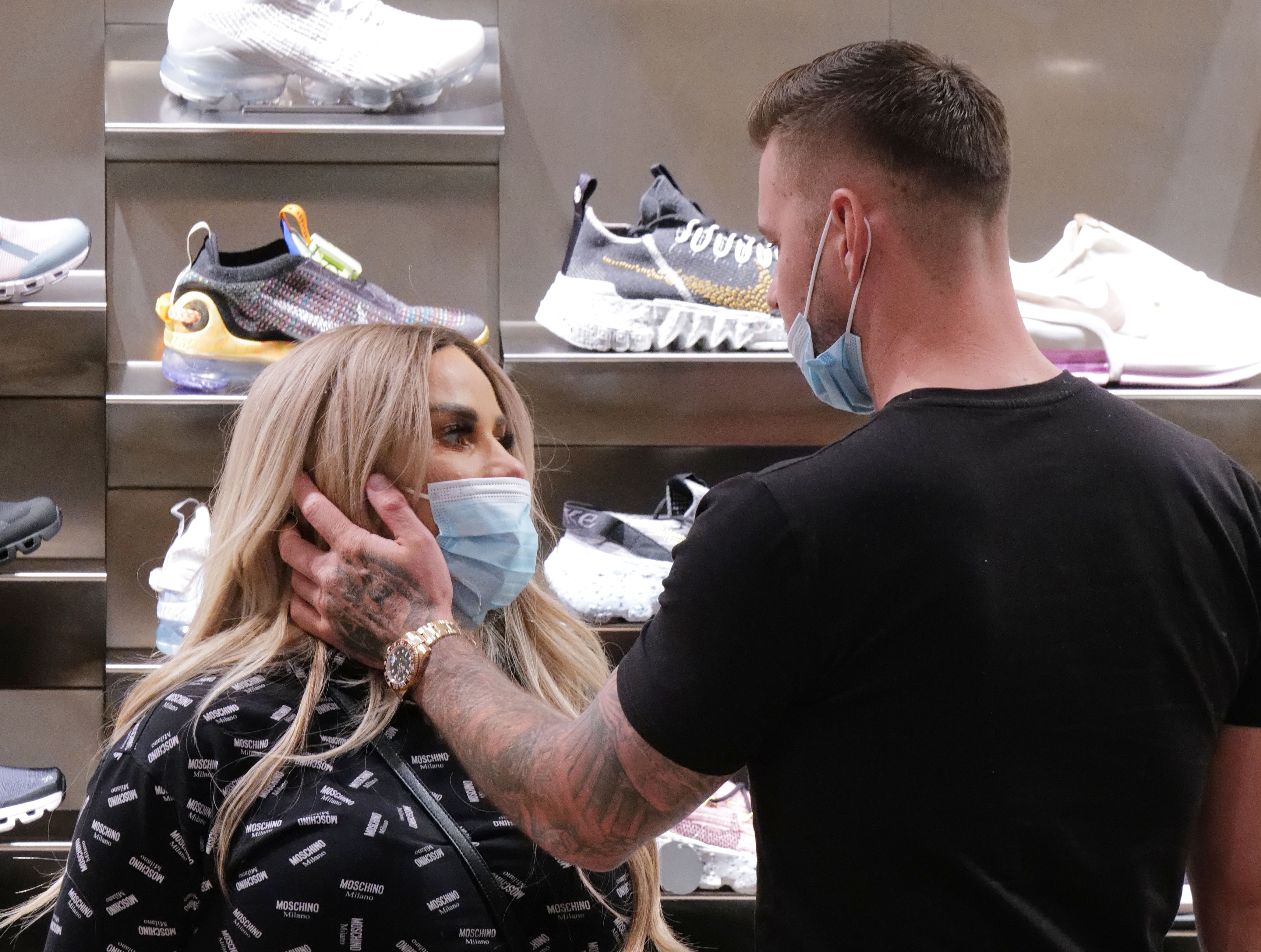 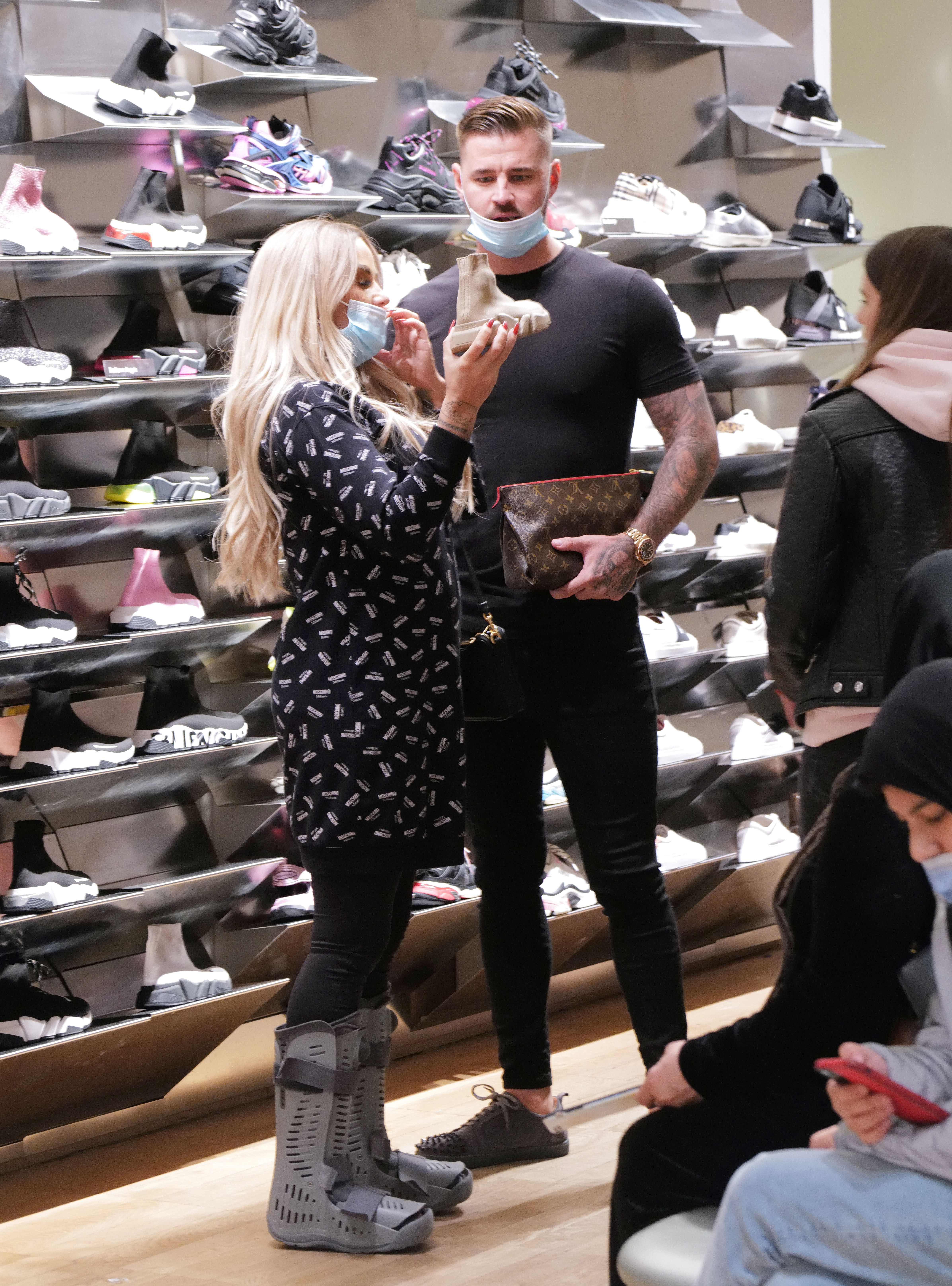 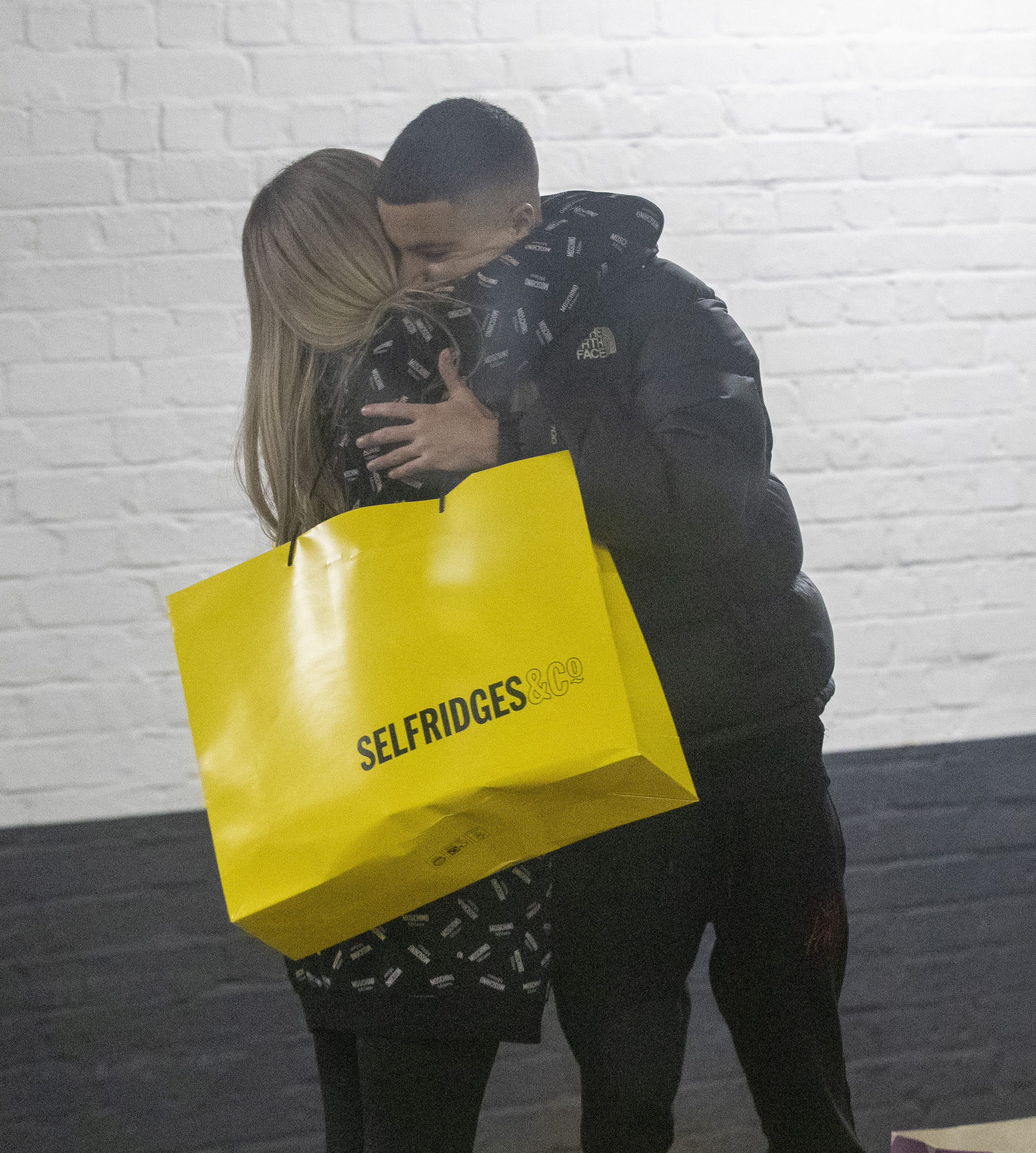 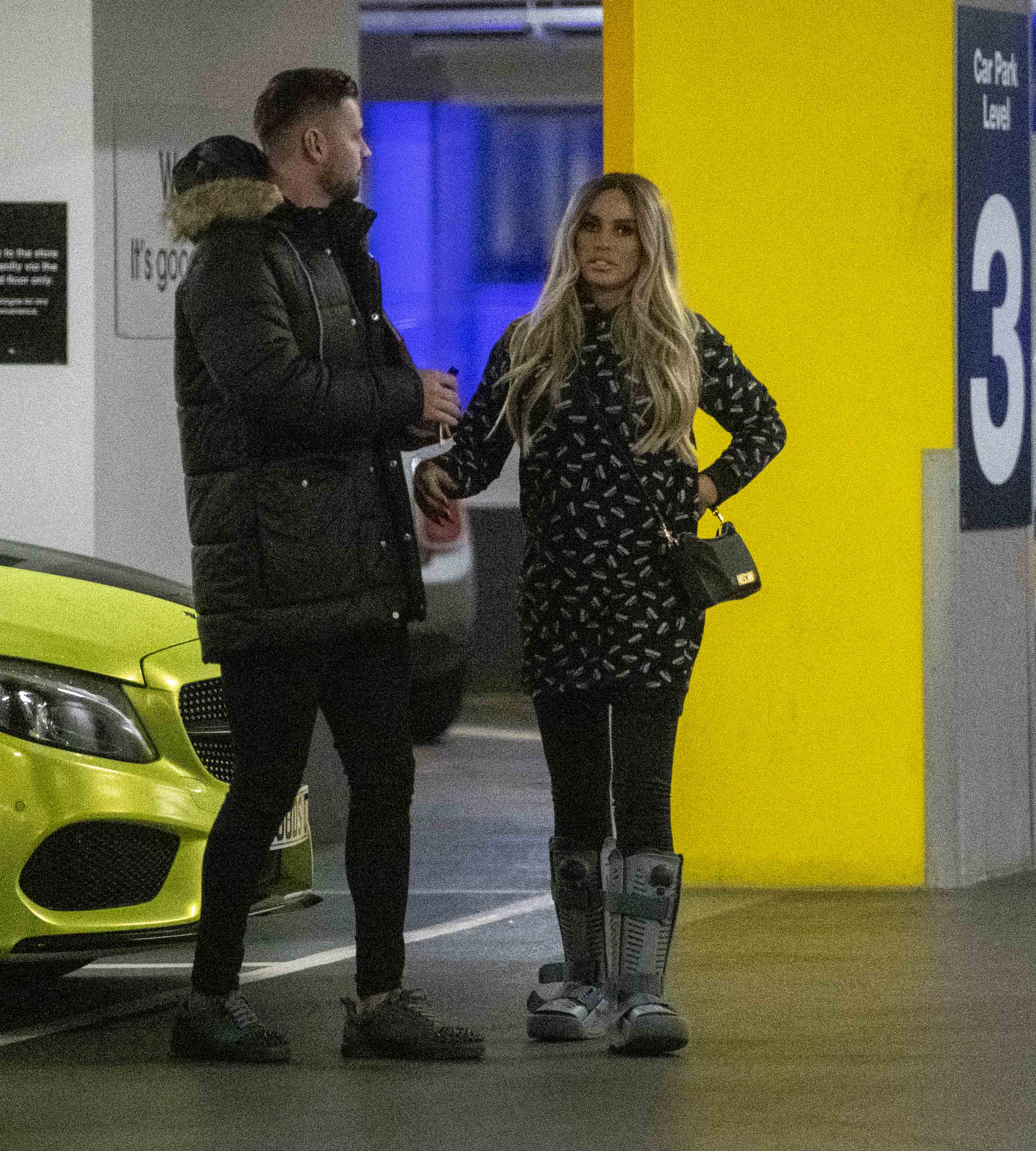 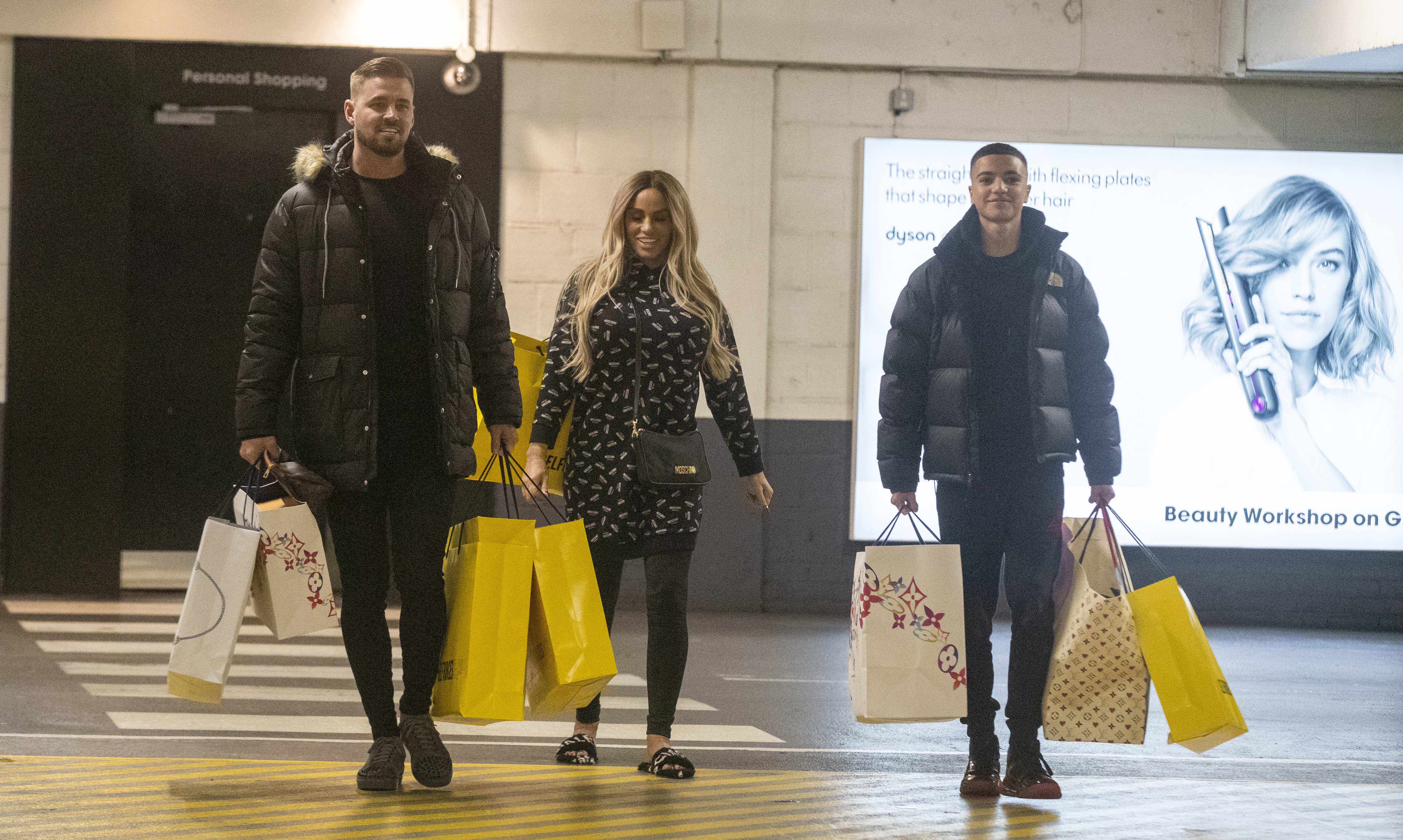 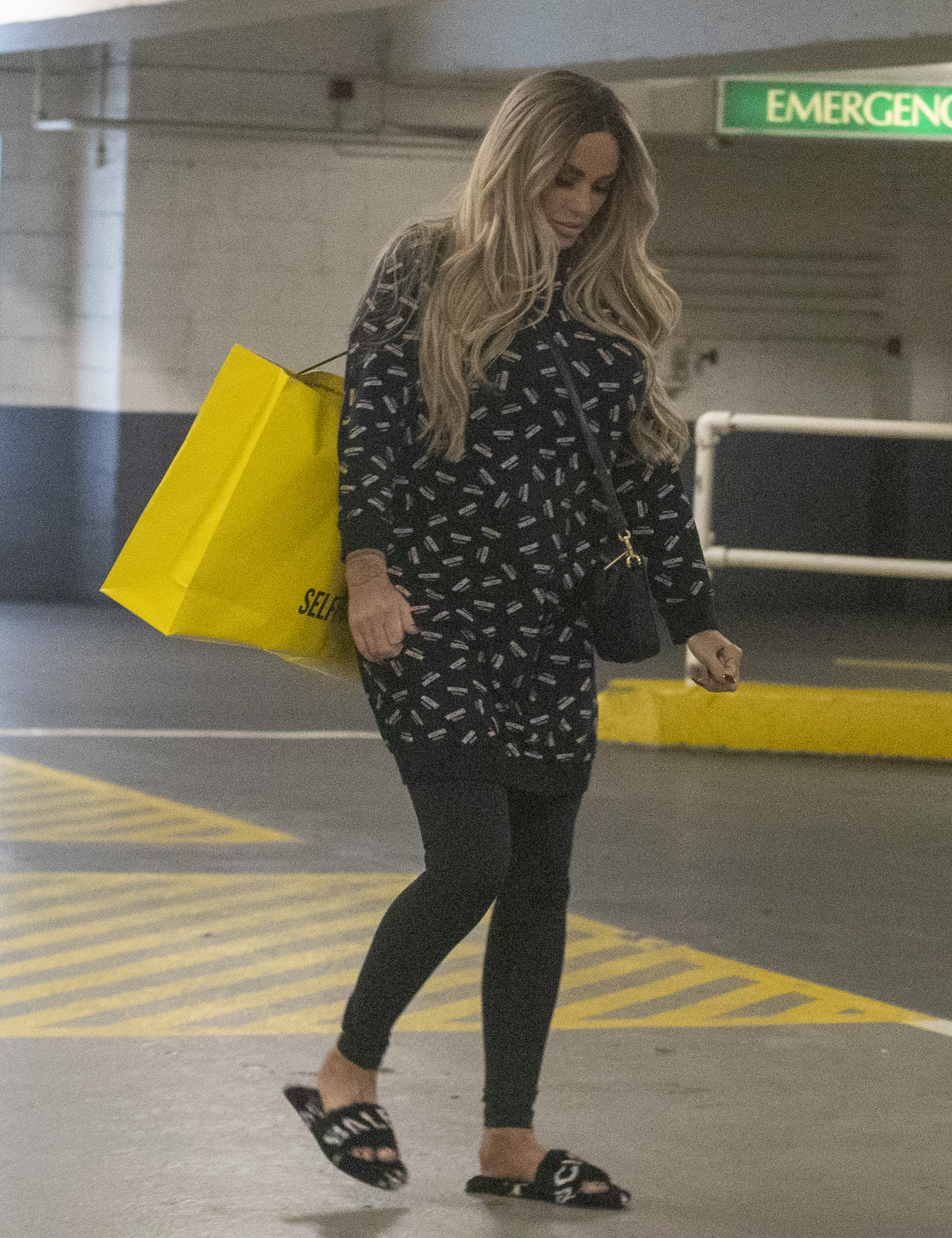 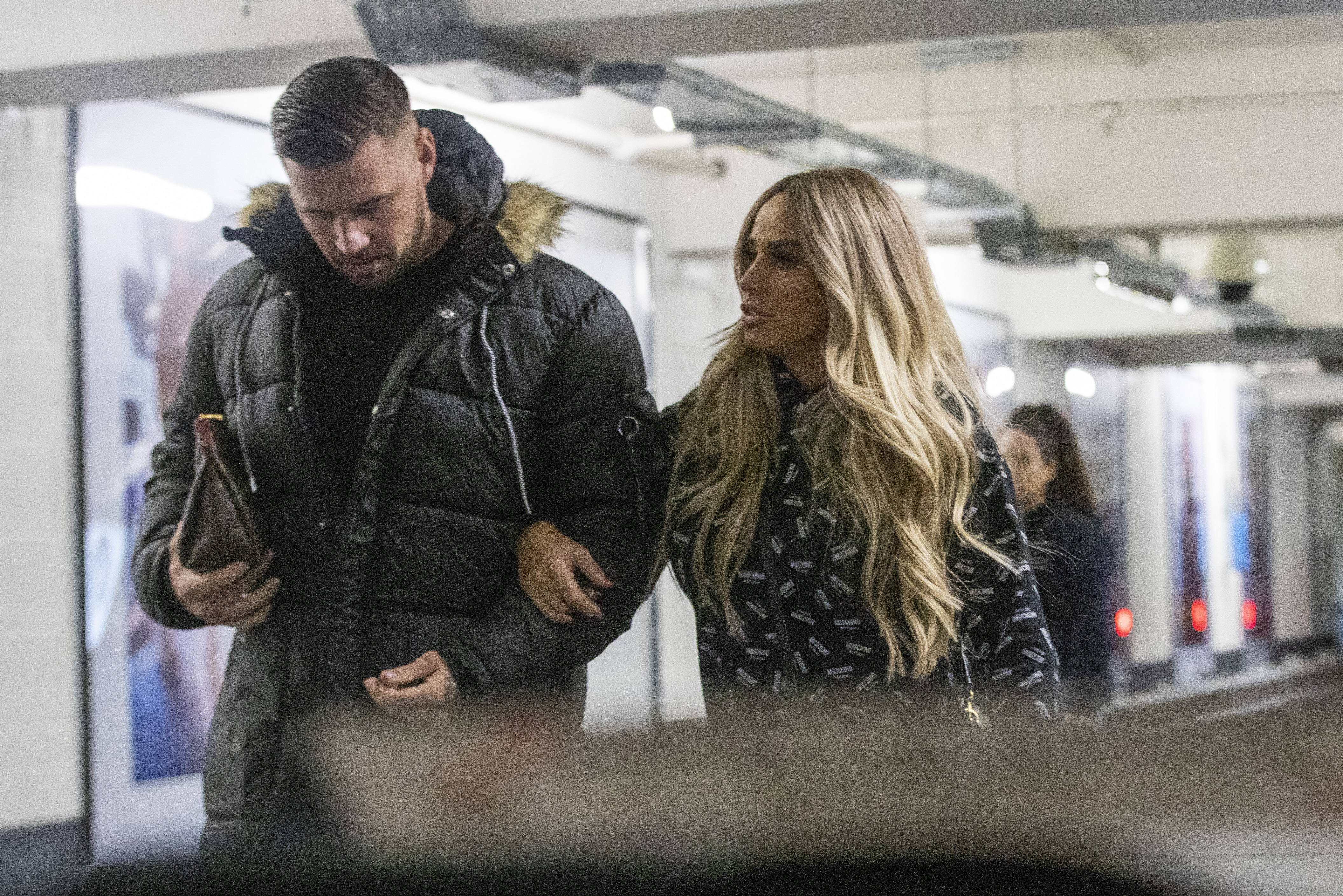 Katie treated her eldest son Harvey to a rainbow tree and glittery frog decorations from a Van Hage garden centre in Hertfordshire.

The 42-year-old Facetimed her son to show him the decs, and then teased her next video would show them putting up, and dressing, the colourful tree.

Katie was officially declared bankrupt last November – but has been on six holidays since. 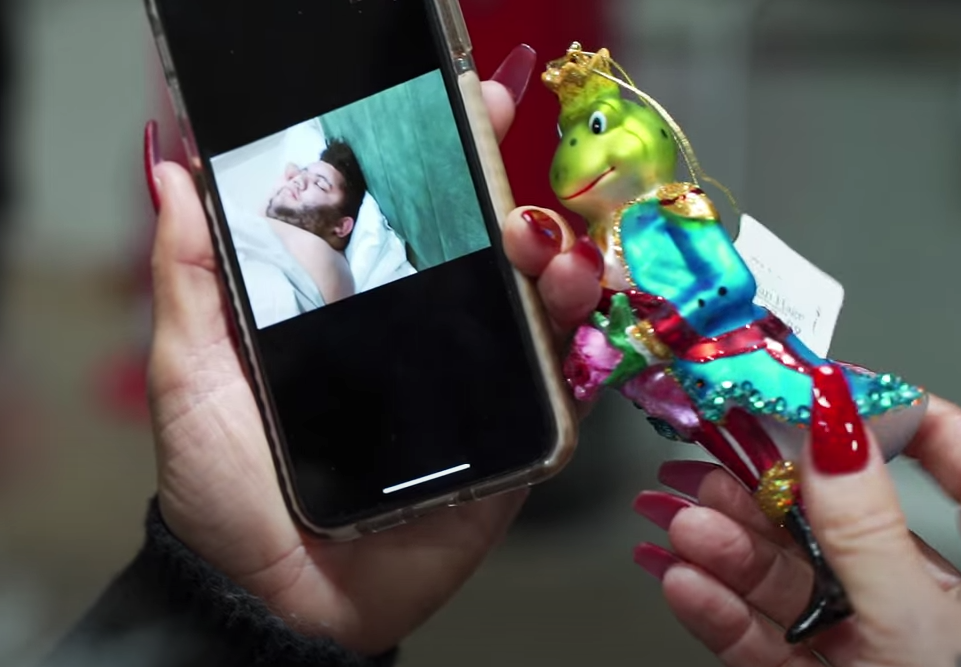 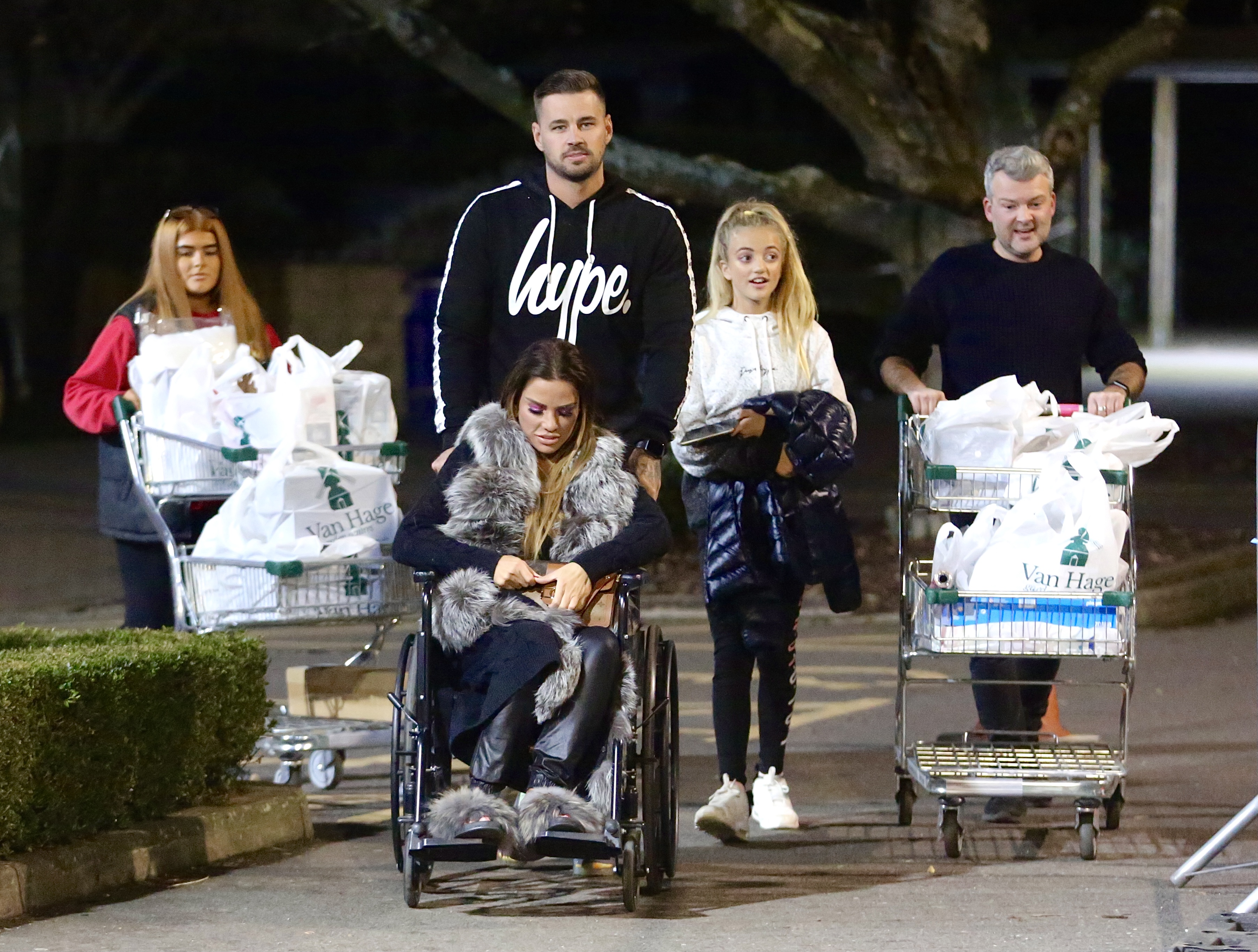 A judge ordered her to appear before a court after an anonymous source tipped off officials that she was living a glamorous life.

Last month, the model told the court: "I appreciate I haven’t been easy to contact.

"I have been places physically and emotionally.”

She said she'd considered selling her infamous pink Range Rover for scrap after she was accused of "hiding" it from bailiffs – and only didn't declare the vehicle as it's “worthless and unroadworthy”.

And during chaotic proceedings plagued with technical difficulties, she said claims she has been enjoying a string of luxury holidays aren't true – adding that she doesn't live a "lavish lifestyle".

Katie claimed “ninety percent” of her trips are for business – and said she's seeing a therapist and is on the "road to recovery".

She also apologised for "not being in the right mind to understand everything that's been going on" – but said she's appointed a new accountant to help her sort through her outgoings.

During the original November hearing, a court heard the mum-of-five had suffered a 'bad breakdown' and spent five weeks in celebrity rehab clinic the Priory – which costs £5,000 a week.

Court proceedings were adjourned to give Katie the chance to look over evidence.