The former glamour model was nicked by cops after her £75k pink Range Rover was found crashed in a bush in the early hours of this morning. 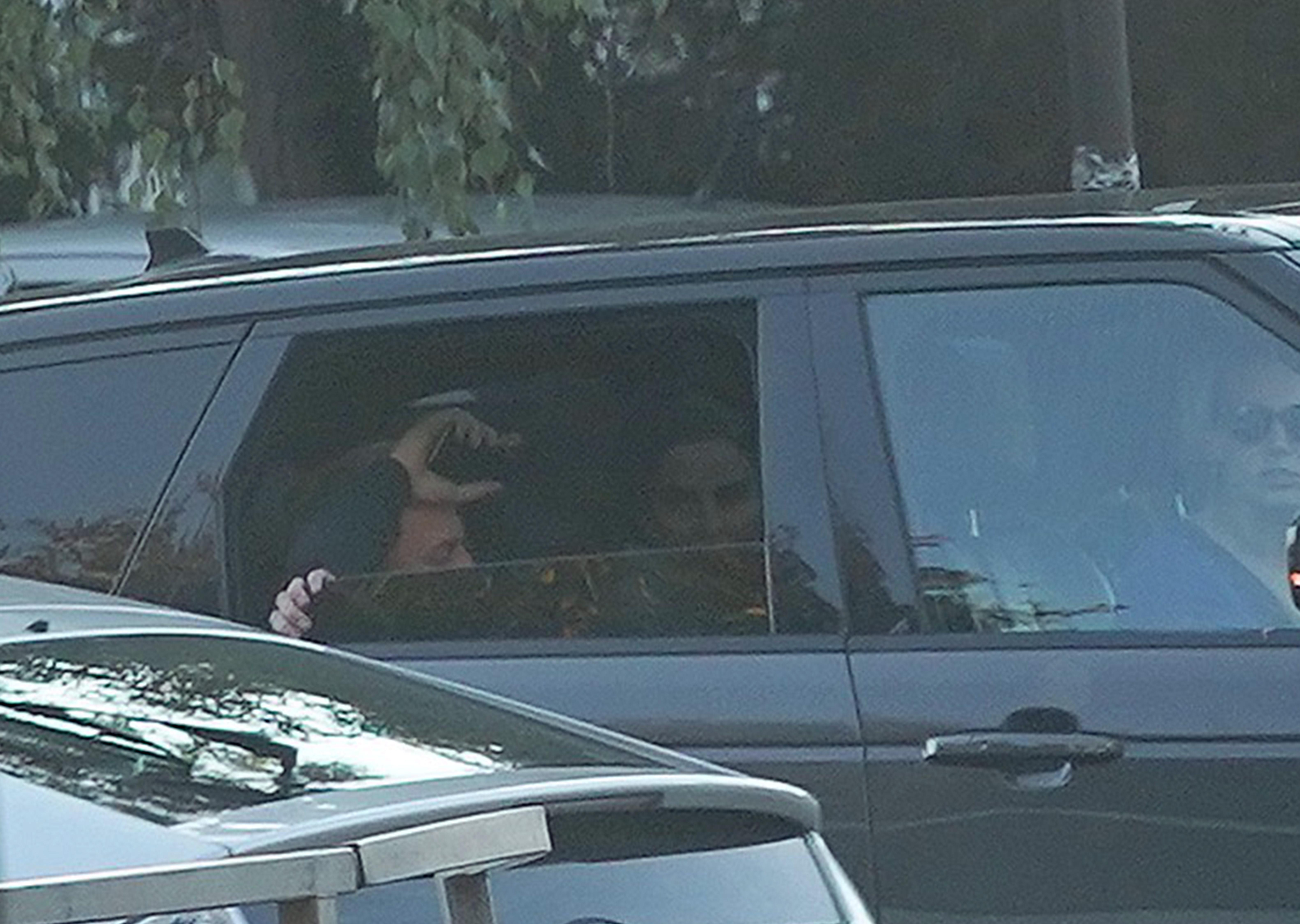 This afternoon Katie was spotted sitting in the back of a dark 4X4 with her former boyfriend shortly after police revealed they had let her go – but would continue to investigate the crash.

It is thought the star was taken out of a back exit of Plumstead police station before going back to her home in Sussex.

Sources told The Sun Online Katie was taken out in a police van with lights flashing.  It is not known where she was taken, but a short while later the 40-year-old was seen in the back of another car with former boyfriend Kris.

The star was forced to spend the night in a police cell after being found by officers inside the damaged vehicle and asked to take a breath test.

Price had partied at the 30th birthday party of her ex-boyfriend Kris Boyson at The Meze restaurant in Bexleyheath in the hours before her arrest.

An eye-witness said Price had rowed with current boyfriend Alex Adderson, 25, and was seeking comfort from Boyson before leaving the venue. 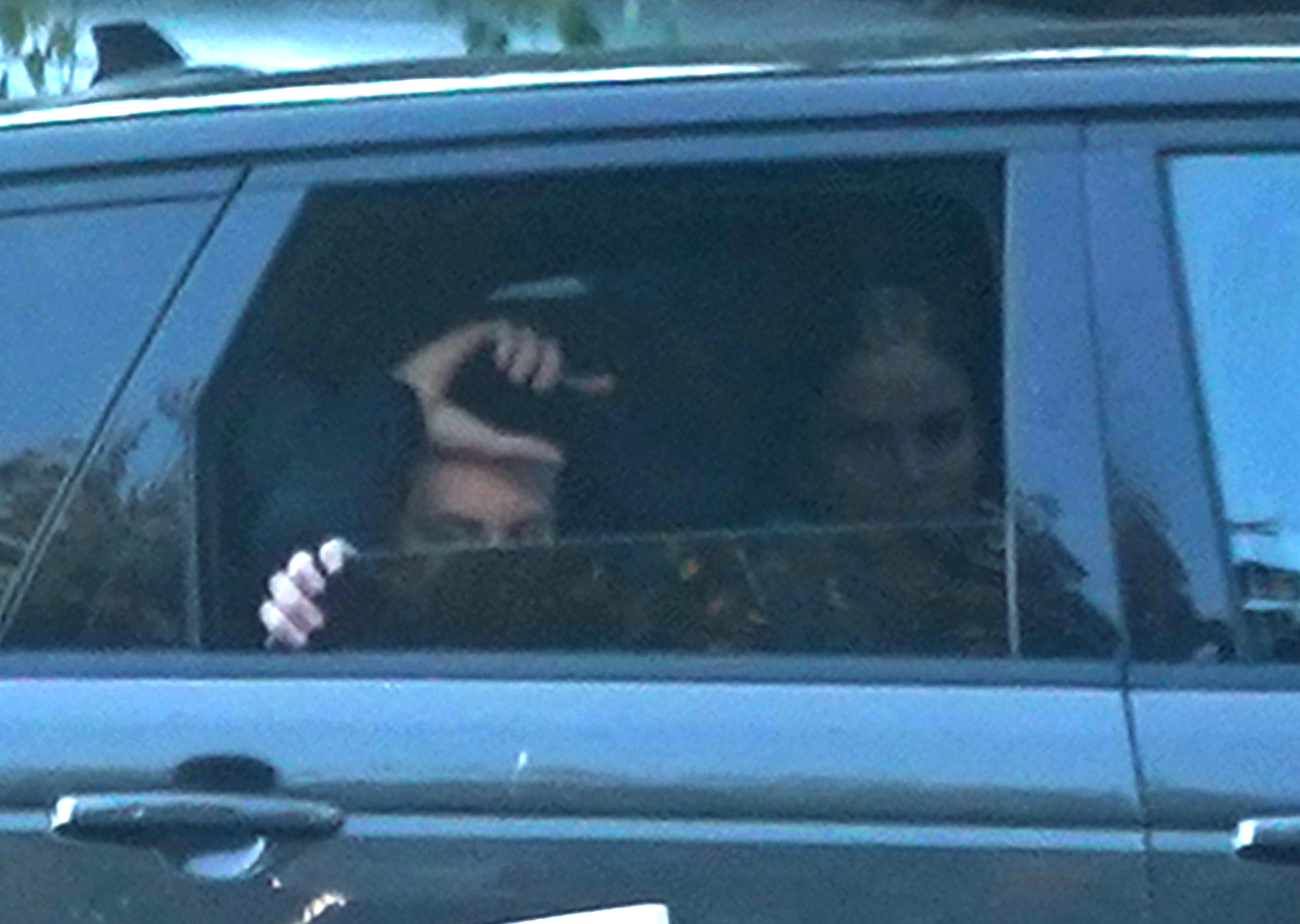 It comes as pictures emerged of the star's battered vehicle after it was been recovered from the scene.

Inside the crashed car clothes had been left scattered around along with crumpled shopping bags.

Katie's arrest comes just days after she decided to take a break from a 28-day rehab stint at The Priory after undergoing treatment for PTSD.

It is understood the model was not injured in the crash and did not need medical treatment. 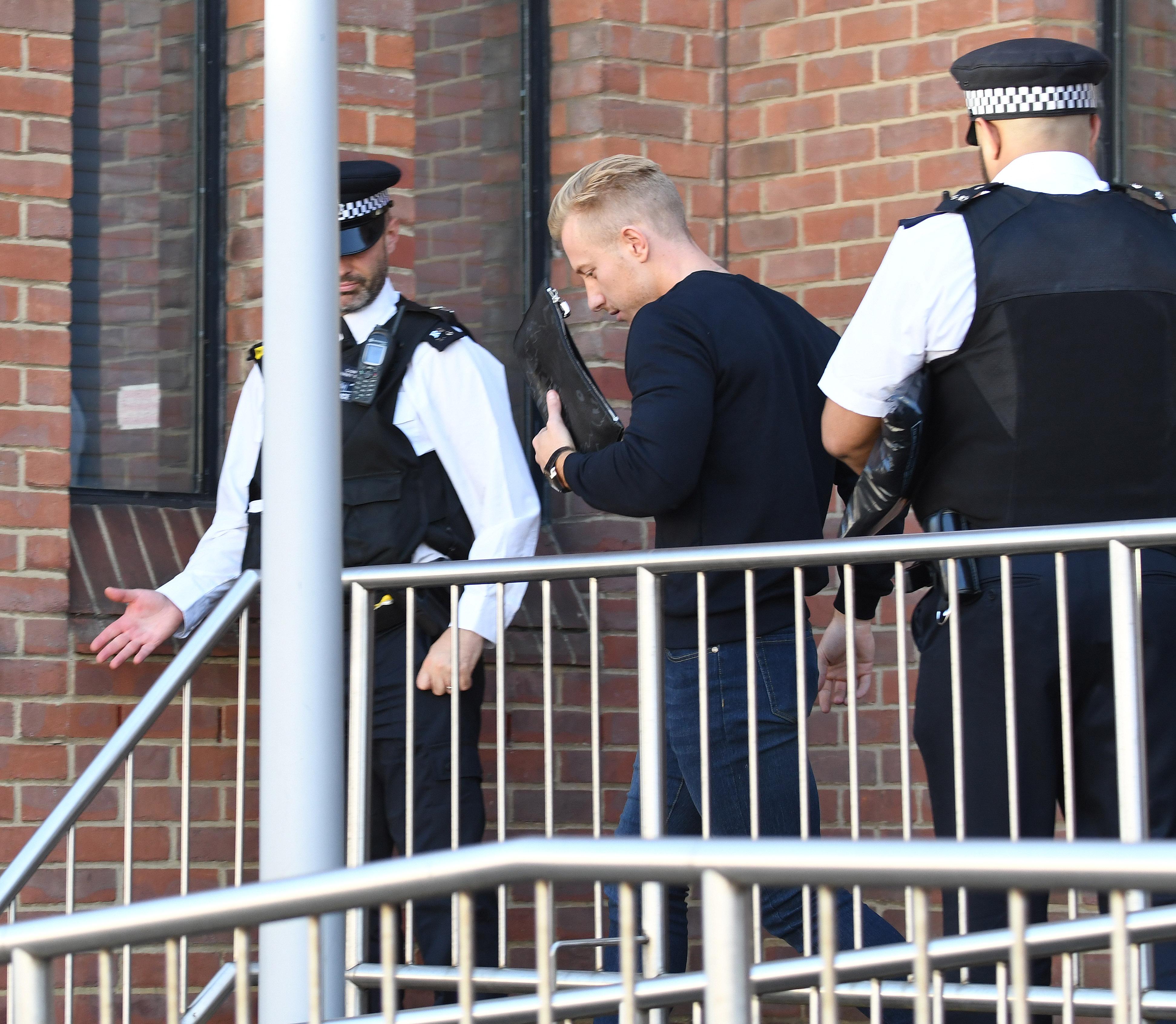 Police now have until the early hours of tomorrow morning to decide whether to charge Prince.

A Met Police spokesman said: "A 40-year-old woman who was inside the car was arrested on suspicion of drink driving. She was taken to a south London police station where she remains."

Pictures and video showed boozy scenes as dozens of pals downed shots inside the venue.

Last month, Kris dumped the star after five months of dating. The couple had hit the headlines for a number of steamy snaps of the couple holidaying together.

She said at the time: "Been on such an emotional rollercoaster the last 6 months and my head has been all over the place, so much so, that I thought my driving ban was up.

"After driving to Harvey's Hospital appointment I have NOW found out that I don't get my licence back until 8th August. With this on my conscience I called police and reported myself.

"I've come such a long way and just want easy life now. 'I have got out of a hole and am finally happy and looking forward to being my old independent self."

Just weeks later she was filmed slumping to the floor after rapping the words “I love coke” during a wild party with two men she met in a bar.