Katie Price admits waking up thinking ‘what the f**k have I done?’ after seeing bruised face after surgery in Turkey

KATIE Price has admitted to thinking "what the f**k have I done?" after seeing her bruised face following surgery in Turkey.

The TV star, 43, recently flew to Turkey for plastic surgery and took her YouTube crew to film for fans. 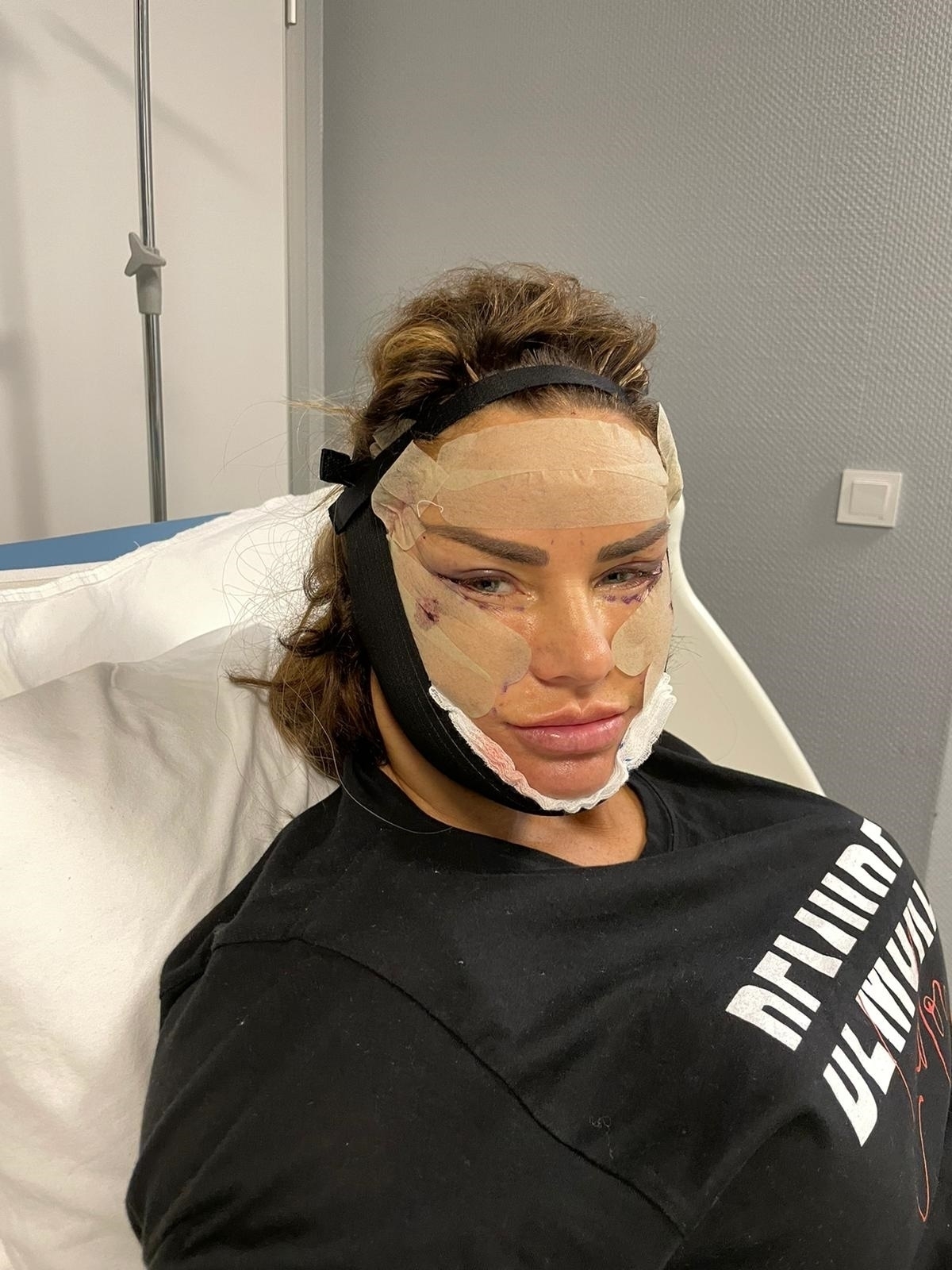 Katie had full body liposuction, eye and lip lifts, liposuction under her chin, and fat injected into her bum — and looks unrecognisable as our exclusive pictures show.

She woke to be told she would need a transfusion — but refused fearing Covid from the blood.

The mum of five admitted thinking: “What the f*** have I done?” 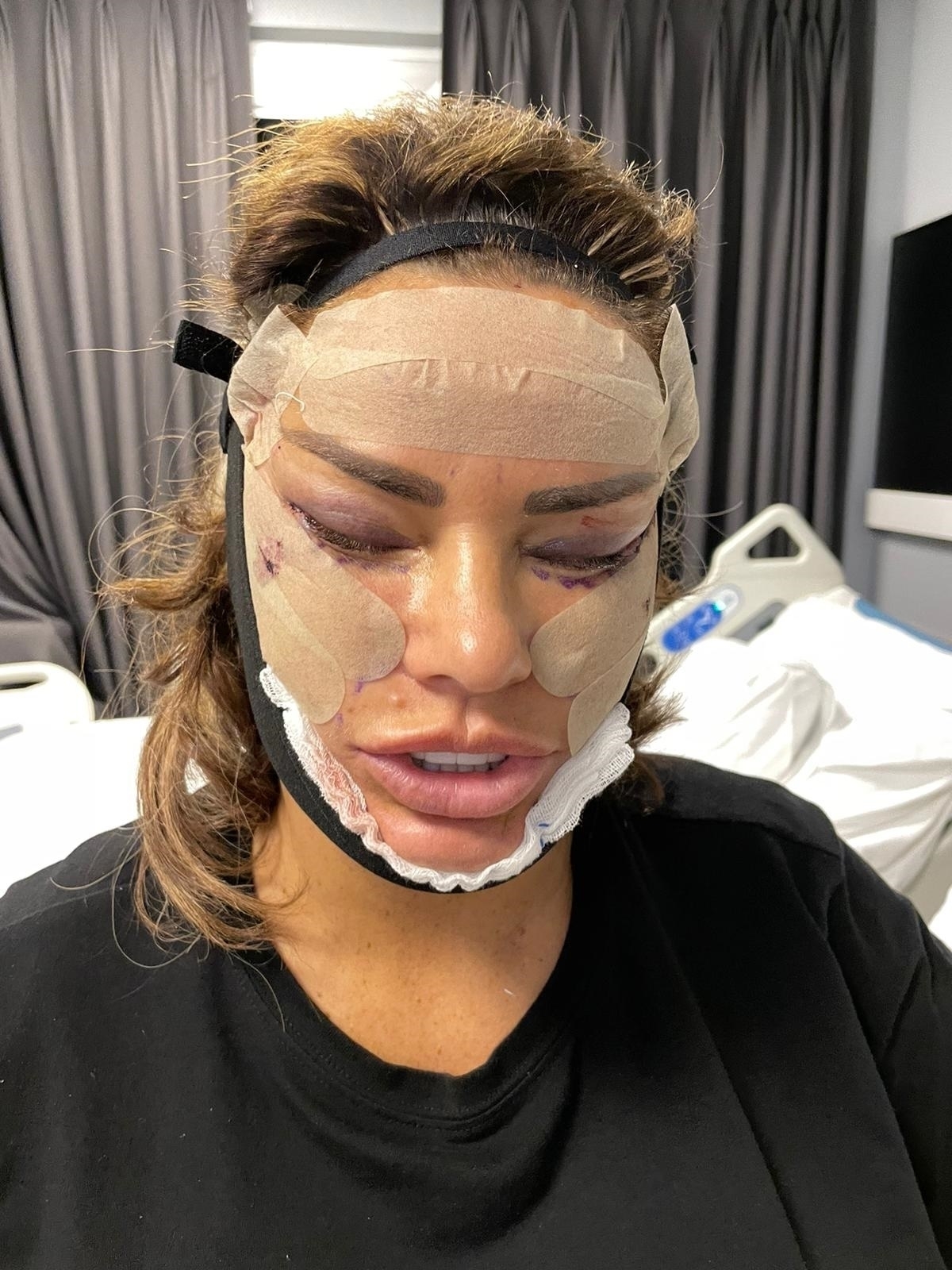 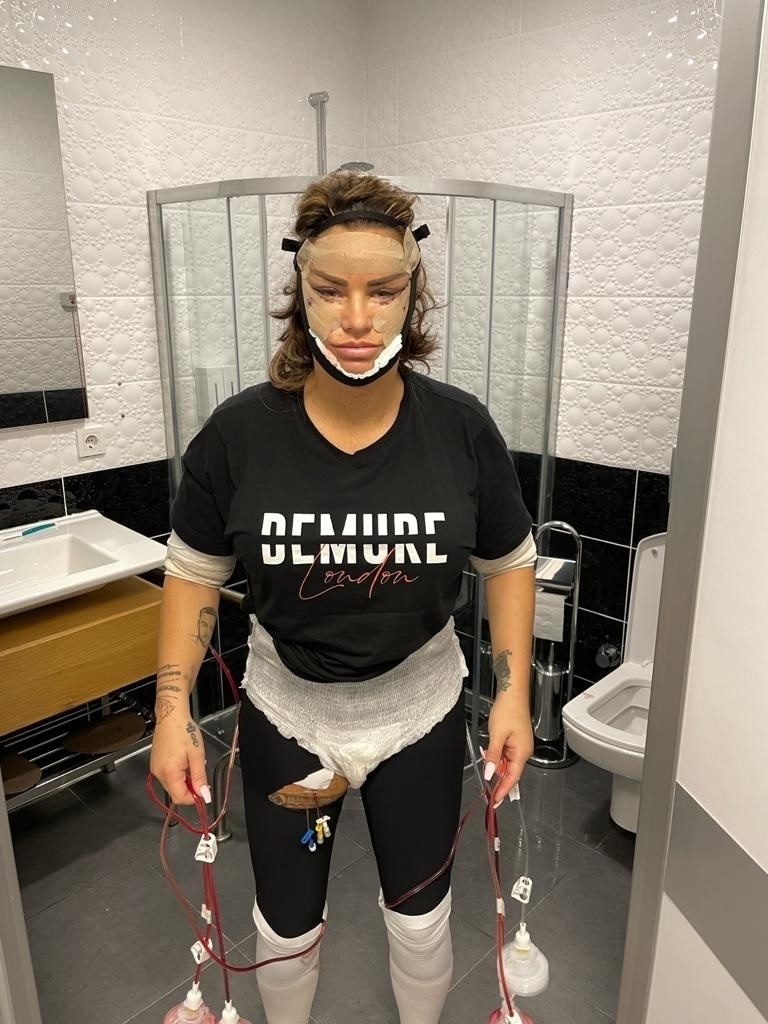 “They asked me when I was still coming round and I couldn’t think properly. Carl was like, ‘Why would you want two pints of some random person’s blood in you with Covid around?’.

“I was like ‘Yeah, I didn’t want to accidentally cut myself and lick it and it be someone else’s blood — it made me feel sick, so I said No.

“I do feel weak but I’m eating well and taking tablets to help.”

Katie laughed about how her relationship with Carl has been based on him caring for her after hospital visits. And she joked it was a “big risk” that he’d run a mile if the surgery went wrong. 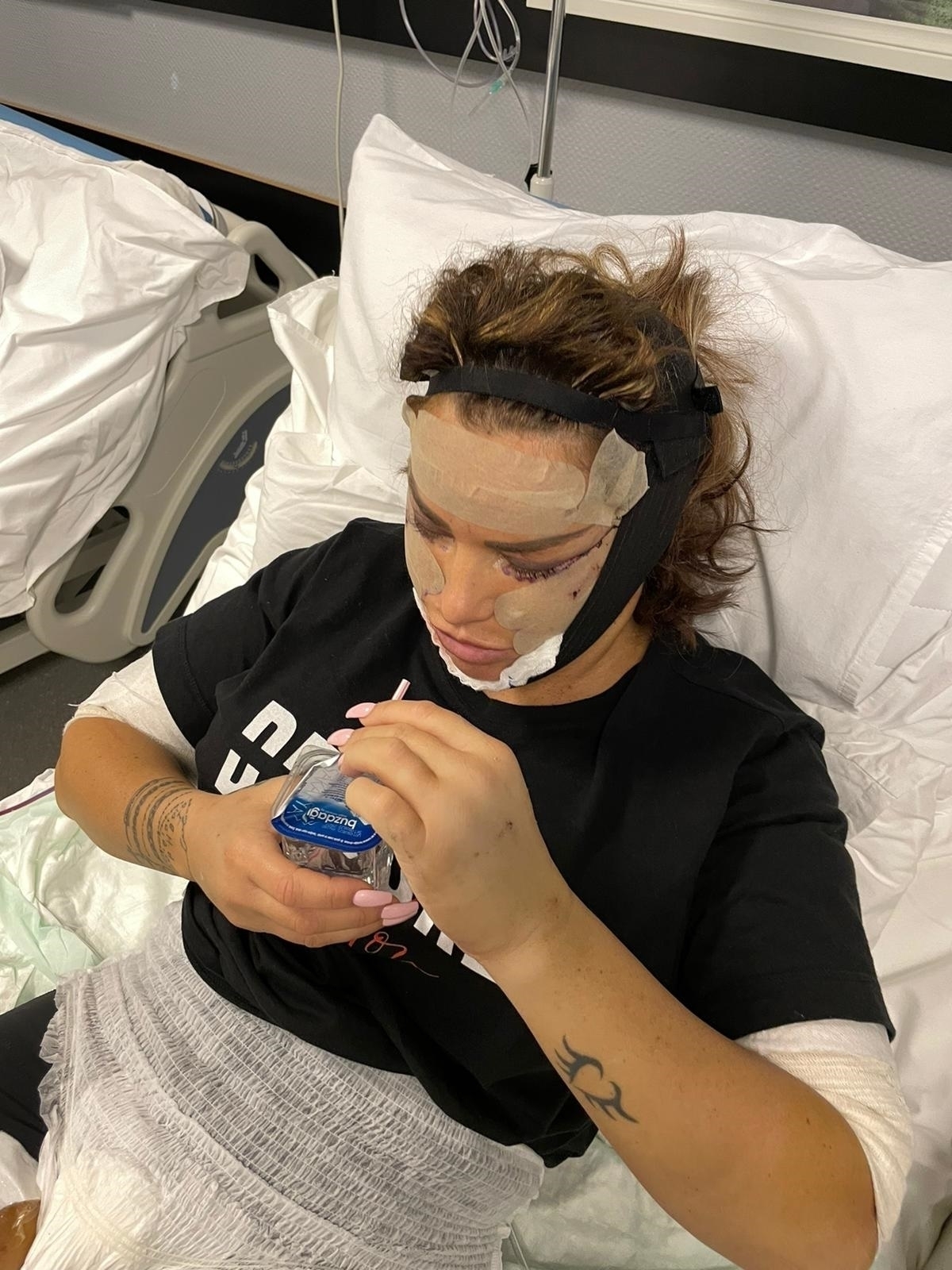 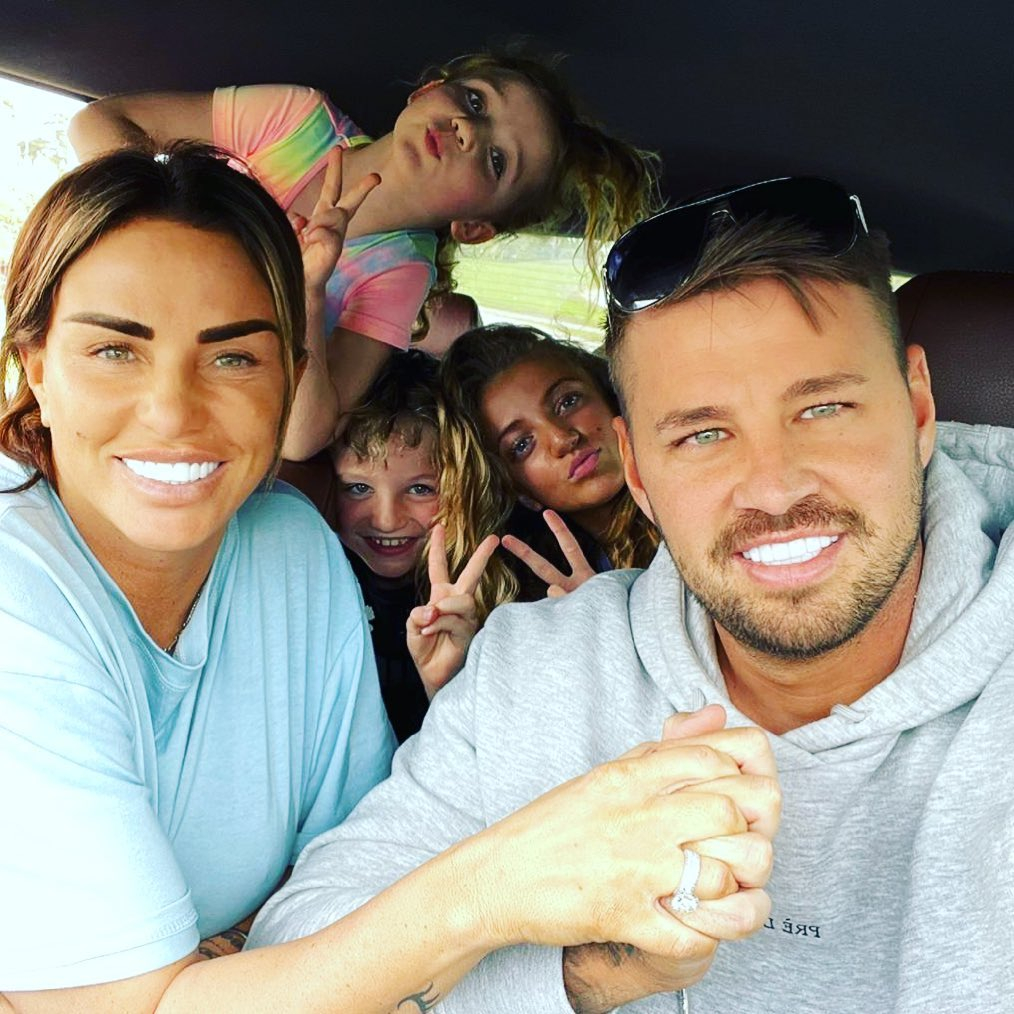 She added: “I was concerned about the lip job because after surgery it looked like a cleft lip, not that there’s anything wrong with a cleft lip.

“Carl was worried my nose looked different and obviously I’m so swollen everything is much bigger right now. The doctor came in and drew all over my body and Carl was like, ‘What the hell? Are you sure you want all this?”

“He said, ‘I love you how you are. I wouldn’t be marrying you otherwise. So if you want it done, have it done but I don’t want any more moaning about your looks after!’

“I just said, ‘Yes, okay, let’s get it done!’ And I don’t remember anything after that. Poor Carl said it was the worst thing he’d ever seen — he thought I was dead. 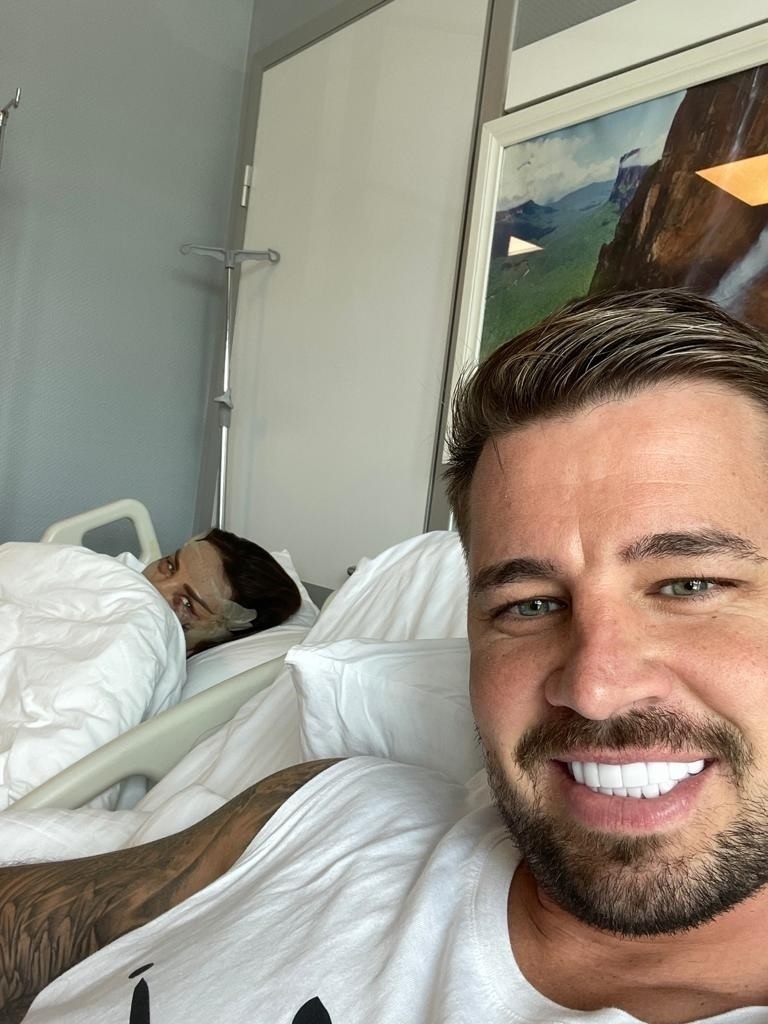 “He said there were loads of tubes and he was upset as I looked completely helpless. He said it was like watching a piece of meat being carved up. But I’m loving it. I can’t see a difference yet as everything is still so swollen but I had my hair extensions done there too and now I’m feeling like the old Katie.”

Speaking about the surgery, she continued: “Honestly, I’ve gone to hell and back, it was horrific — ‘Oh my God I look like a monster out of a horror movie’.

“I just thought, ‘This is it, I’m going to die. I was terrified of looking like a freak, like that Bride of Wildenstein or a fake doll.

“I’ve woken up with holes and stitches all over my body. I look like I’ve got cat’s whiskers coming out of my nose and eyes. But I just want the old Katie back!” 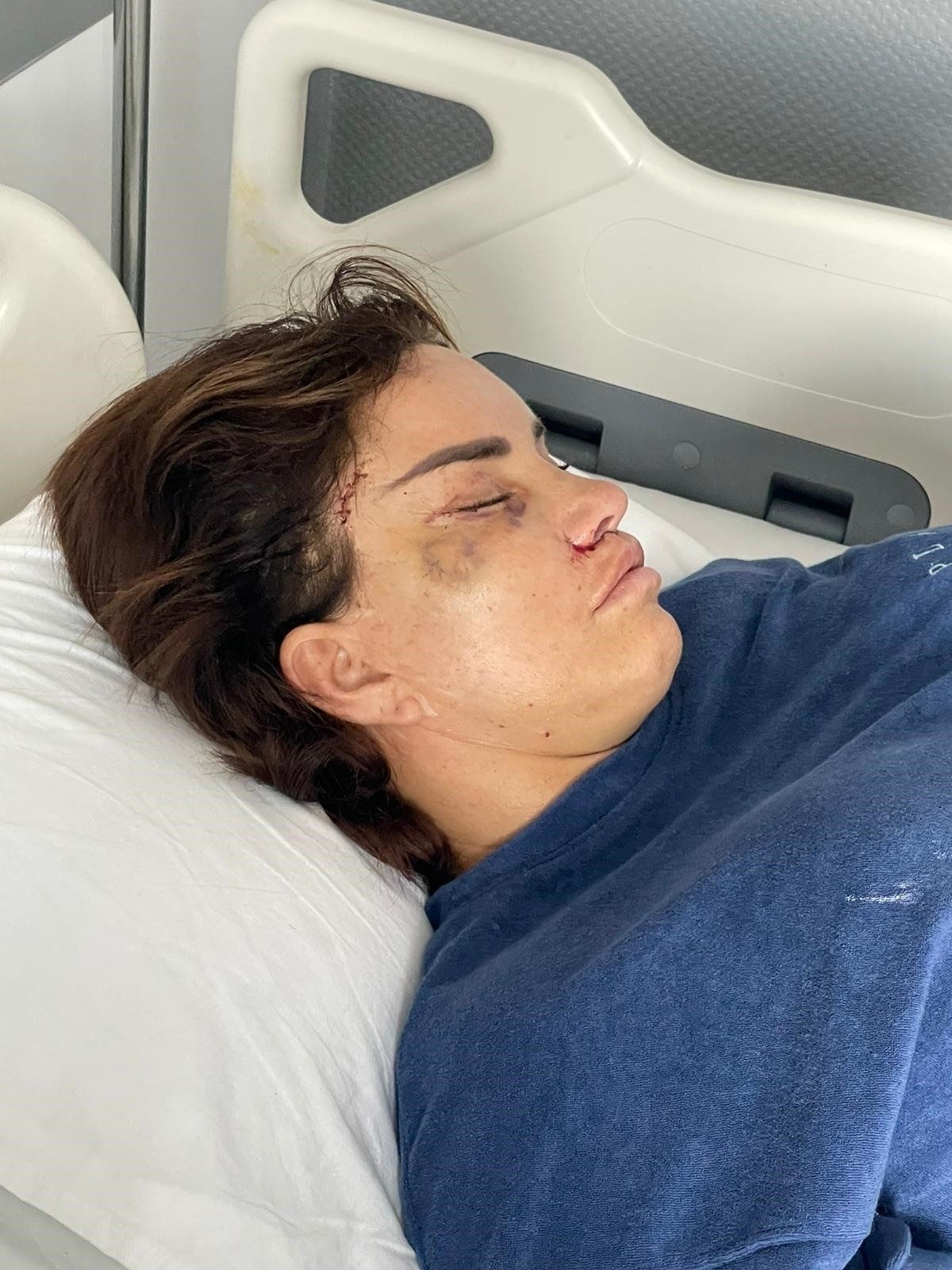 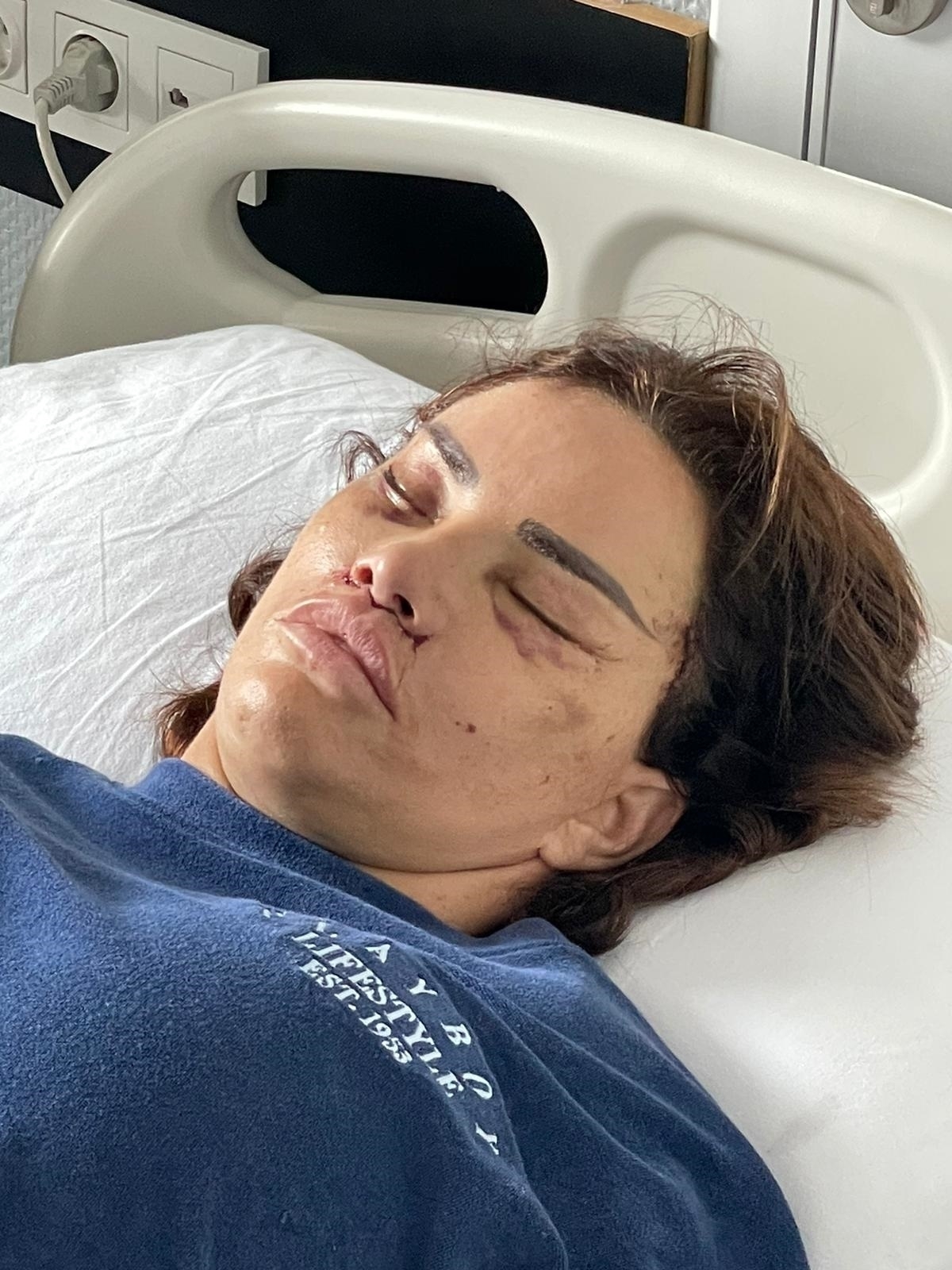 Katie had the op three weeks ago and has been recovering in Turkey before facing a UK quarantine.

She brands herself a “surgery veteran” after three facelifts, and liposuction as many times.

She’s lost count of her boob jobs — thinking it’s around 12, and says Botox no longer works for her as she has had it so much since 30.

Katie looked naturally pretty during her modelling career and she said: “I never touched my face until I turned 30, so now I’m 43, I’ll do what the hell I like!” 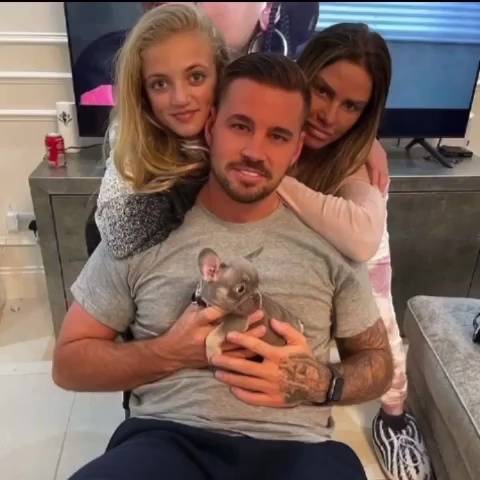 She put on two stone in lockdown. And she blames her weight gain and confidence issues on her breaking both feet falling off a wall on holiday in Turkey last year.

With her wedding to Carl, 31, due this year, Katie is determined to look her best.

She admitted: “Every day I’d look at myself and just think, ‘Jesus Christ, I let myself go’. I couldn’t run and all I was doing was eating.

“Everyone knows I didn’t look like I used to any more, I’ve never been this fat! I want people to know why I’ve done what I’ve done.

“It’s not because I’m unhappy, I’ve never been happier — I’m in a loving relationship. But I just want the old me back.”