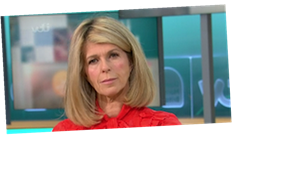 Asthmatics were originally told they were high up on the priority list but now the government has seemed to make a U-turn.

Ben, 45, said: "Nadhim Zahawi was on Iain Dale's show last night and he seemed to change the parameters of what is the allowable situation if you are suffering from asthma.

"I think originally it was slightly different, if you had been hospitalised or had a continuous use of steroids to increase your asthma, you were in the top nine of seriously vulnerable categories.

"However last night he seemed to change that and suggested that if you use an inhaler you hit the list at number six."

The health expert replied: "It is confusing, and asthma certainly throughout this pandemic has been the long term condition that people are really worried about.

"If you have been shielding because of your asthma or taking oral steroid tablets long term, not inhaled tablets, oral tablets, or have been admitted to hospital in the last 12 months, you are classed as clinically extremely vulnerable and you will be prioritised.

"People with mild to moderate, well controlled asthma are not at increased risk of death, are not being prioritised."

Kate, who's husband Derek Draper is still in hospital battling health issues after contracting the virus, asked: "How unhelpful is it when you are having people come into your surgery, asking you questions, when the vaccine minister, when he says something different from that?

"What he's said is, people using inhalers will be in a prioritised category, and not what you described?

"That must make things hard for you."

Dr Amir replied: "It does, it results in a surge of phone calls with people asking what they should be doing, and there might be people who might be sick and can't get through on the phone because people are asking questions.

"We do need clarity when it comes to this."

Ben added: "Just to be clear, we think [Mr Zahawi] got that wrong, and actually it's as [Dr Amir] described it."

Mother-of-two Kate recently opened up on her fears that Derek, 53, could deteriorate after being unable to see him since Christmas.

Hospital staff were shocked when her husband spoke for the first time in October – whispering that he was in pain.

He currently remains in coma, which means that he is generally unresponsive.