In a since-deleted post, Ye accused the Canadian rapper of “real war”, following his ongoing social media rants against the Kardashian family. 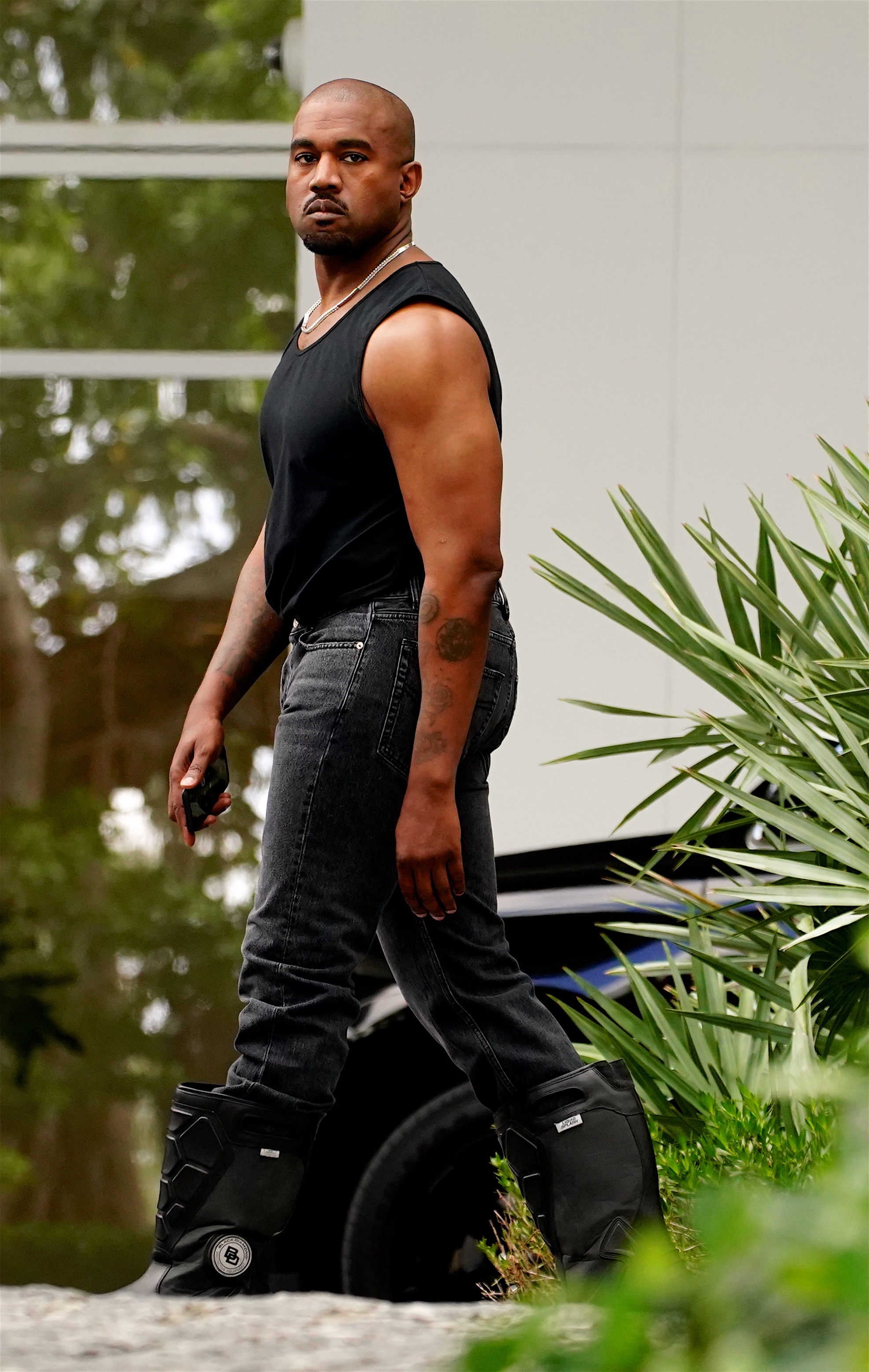 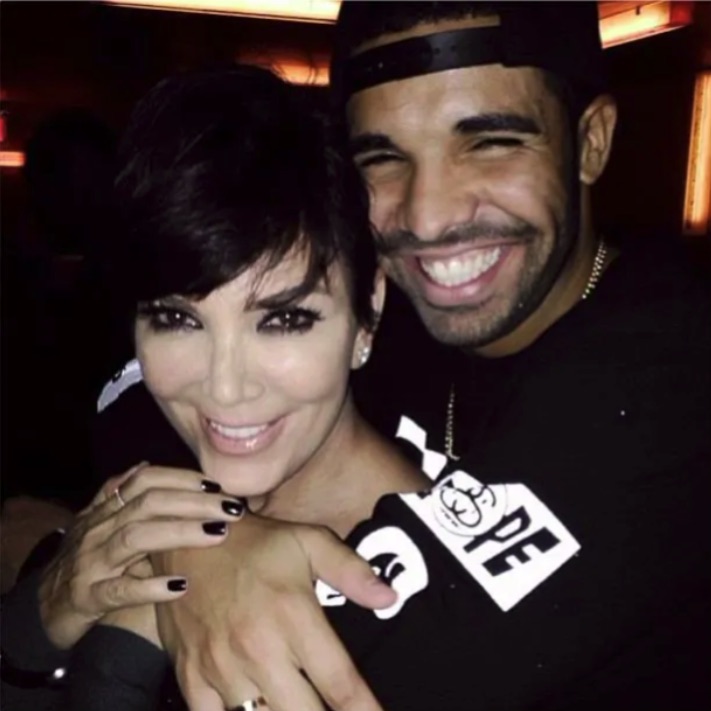 Posting to Instagram on Thursday, Kanye, 45, shared a shocking accusation with his 17.9m followers.

The Yeezy designer did not add any further context to the post except for a cryptic caption: “Bernard Arnault weak.” 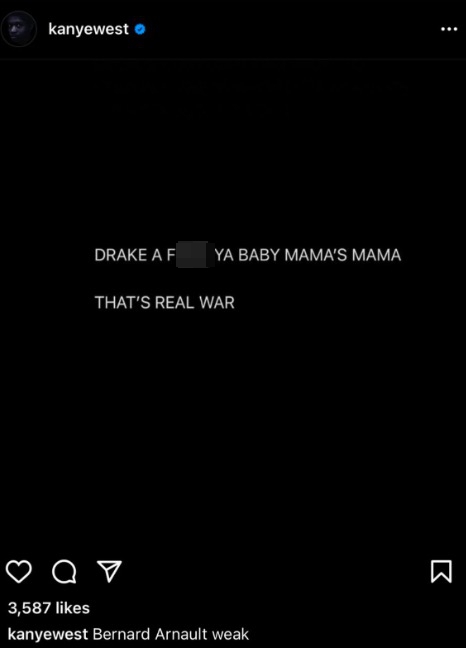 Bernard Arnault, whom Kanye lashed out at with another social media rant earlier this week, is the owner of Louis Vuitton among numerous other luxury brands.

However, most Kardashian fans were far more interested in the shocking claim about Drake, 35, and worked out that because Kanye’s baby mama is Kim Kardashian, 41, the post must refer to her mother, Kris, 66.

However, most users on social media were shocked by the idea of Drake and the momager being more than friends.

“That would be so gross,” wrote one. 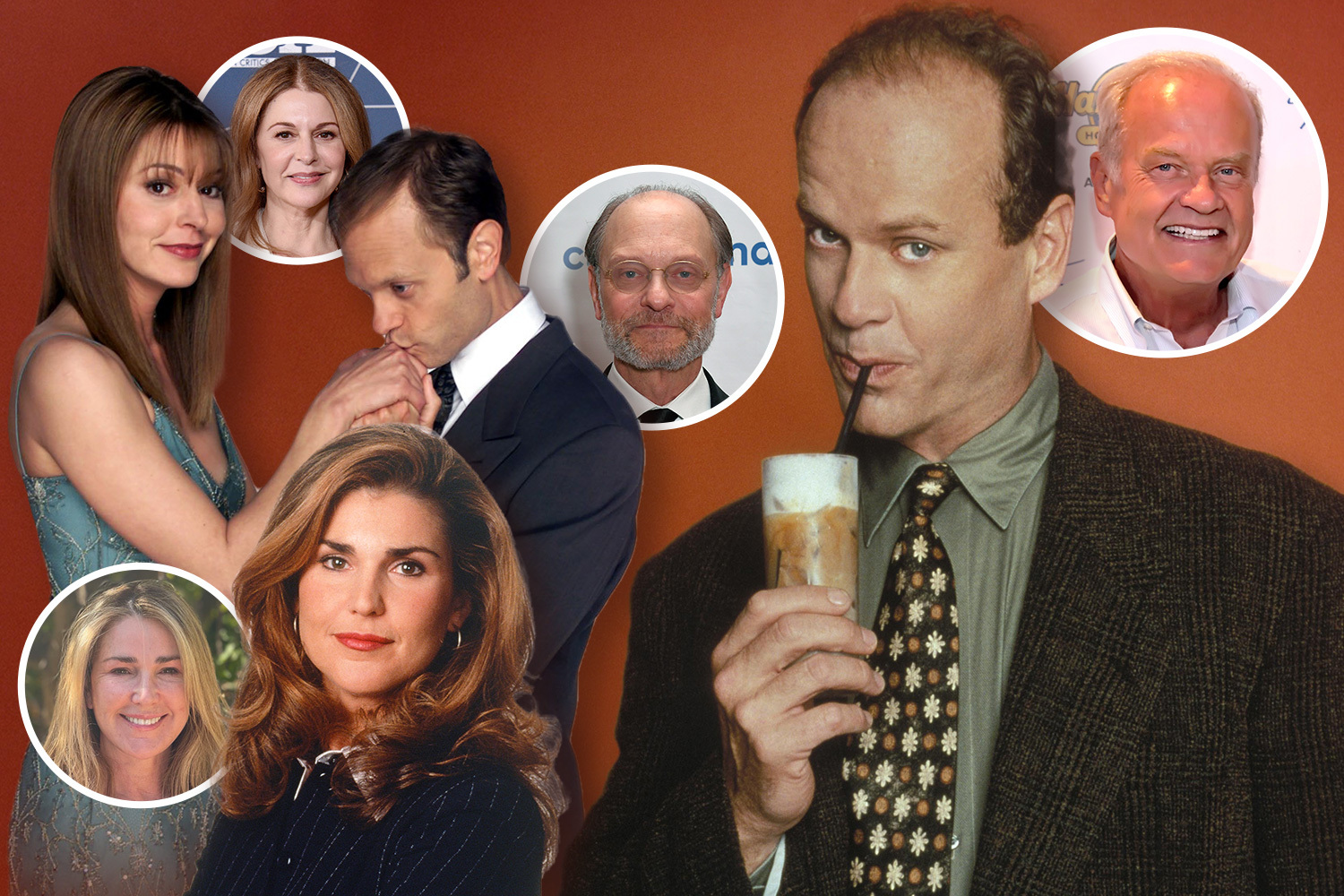 Another agreed: “My head is spinning!”

“Kanye’s just throwing all types of s**t out there right now,” predicted a third.

There is no evidence for Kanye’s claims, although Kris has been photographed with Drake before, celebrating the release of his album Nothing Was The Same in 2013.

The now-deleted post is just one in a series of wild social media rants from Kanye this week.

The rapper has repeatedly hit out at Kim and her family, claiming that the Kardashians had “kidnapped” his daughter Chicago from him in on her fourth birthday in January.

Kanye had previously claimed at the time that he was not given the address for her party by any members of the family, but Kylie’s baby daddy Travis Scott later sent him the location.

Khloe Kardashian, 38, has since got involved in the drama with a public response to Kanye on her page.

She begged her former brother-in-law: “Please STOP tearing Kimberly down and using our family when you want to deflect."

However, Kanye publicly responded to Khloe calling her and the Kardashians “liars” and accusing the family of “basically kidnapping Chicago on her birthday so she could remember her father not being there.”

‘A LOT OF ISSUES’

Appearing on Tucker Carlson Tonight on Thursday, he added fuel to the fire by shading Kim’s shape wear business Skims.

"Skims is based on a lot of the Yeezy ideas," he claimed, referring to his own fashion label.

"I had to use my relationships in fashion in order to establish Kim so fashionable people would say 'I’m down to wear Kim’s line'".

Despite his prior involvement, Kanye revealed that he wasn’t happy about the way Skims was marketed online.

"I had a lot of issues with the imagery of Skims," he began.

"There was a lot of imagery that was overly sexualized and things I would not wanna see my wife and my daughters doing to sell their product in the future."

The Skims boss has not yet publicly commented on Kanye’s latest outbursts.

However, she appeared to throw shade at her ex on Thursday as she was pictured wearing an Adidas Jersey amid his fallout with the brand. 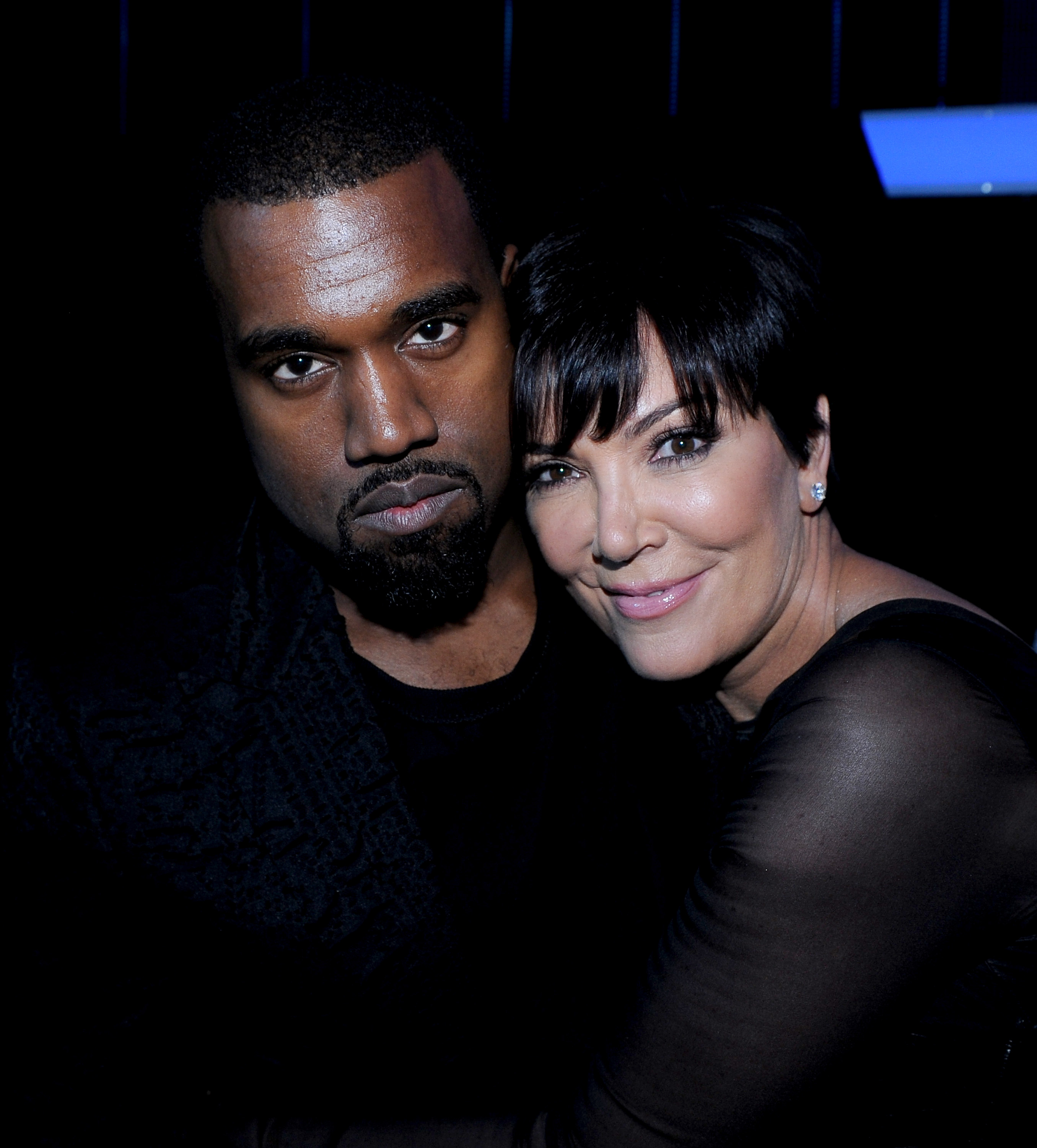 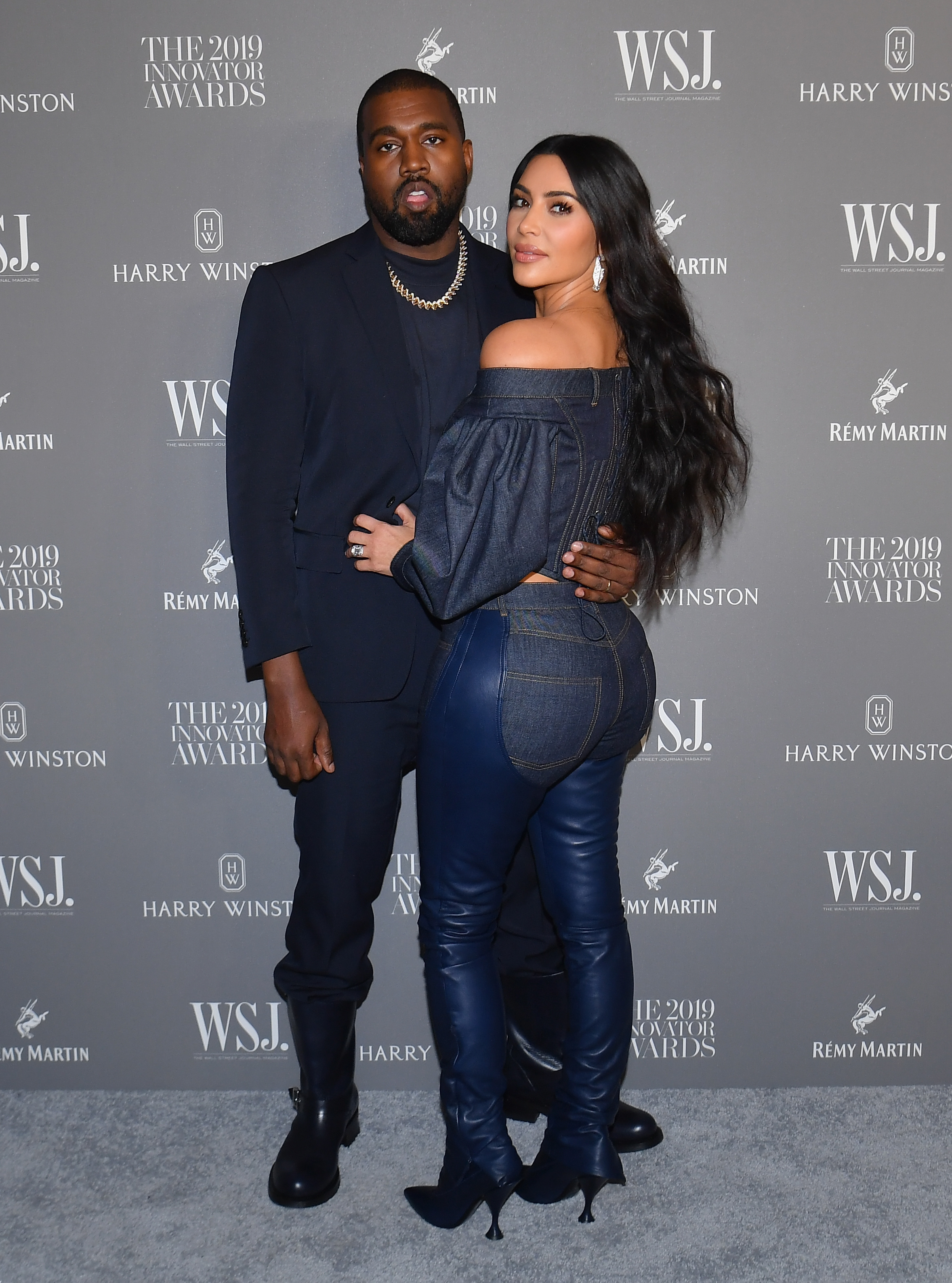 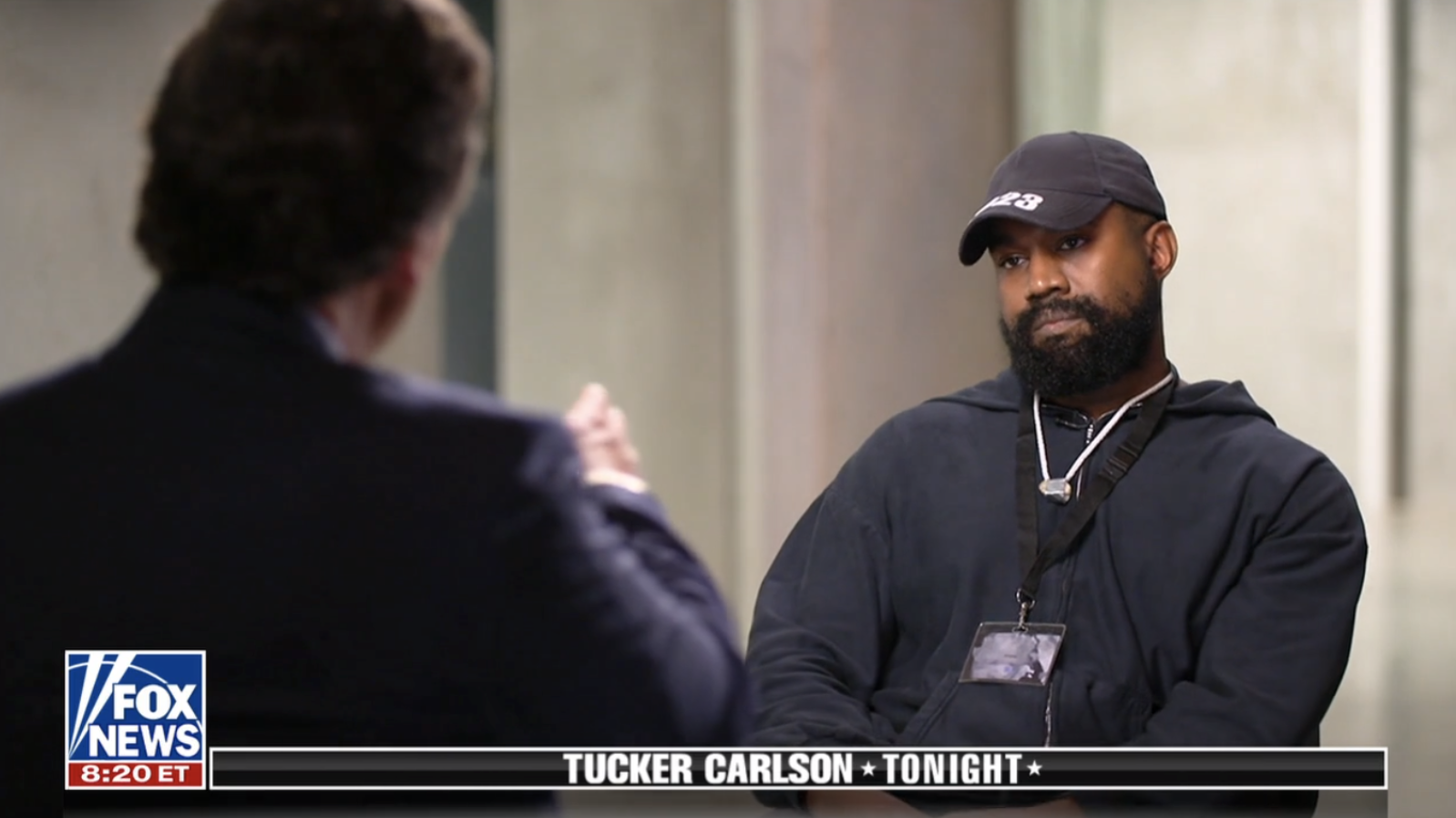