Jonathan Day, aka JJ Da Boss from Street Outlaws: Memphis — Net worth, prison stint and everything else you need to know

Jonathan Day, aka JJ Da Boss, is the star of Street Outlaws, Memphis; a reality television series on the Discovery channel. He’s a cryptic sort of character who has an unusual background.

The country boy-turned reality TV star had some real-life brushes with the law and a load of detractors and critics in online chat rooms who claim the racer has done things his way, which was not always the right way according to rumors and allegations. But just who is JJ Da Boss, aka Jonathan Day?

It’s hard to say exactly how much JJ Da Boss might be worth but Wikicelebs estimates show that Day has amassed a net worth north of a million dollars. He does so many deals in cash, it’s hard to really pin down a number for the Street Outlaws: Memphis star.

It’s worth noting that between his on-air guarantee from Discovery combined with his day-to-day wheeling and dealing, he’s not poor.

Johnny Law and JJ are acquainted.  Jonathan Day was born in 1973 in Memphis raised up in the country town Joiner, AR. And as such, he was quite poor being the only child of a Pentecostal mother.

According to his bio, Day cut his teeth gambling and hustling anything to earn a few dollars. This eventually led to his competitive driving and racing at the tender age of 10 on dirt and gravel roads around Mississippi County.  Something happened, and no one is talking about the whys of his eight-year incarceration in a federal prison, but he did serve time and is pretty mum about the incident.

The network and producers are facing this mystery head-on in the premiere of the second season. The episode The History of JJ will cover JJ Da Boss, warts and all.

For JJ, racing is a family affair; he fell in love with it straight from his mama’s hip, watching his father and Uncle Wayne compete. Today, five generations enjoy racing together, though it wasn’t always a smooth road.

As JJ reveals details about his past – including when his desire to provide for his family led him down the wrong path and eventually to prison – he offers insights into lessons learned from losing everything, and how love and family are the true keys to life – and to winning.

In Street Outlaws: Memphis, JJ and family continue to race together, bet together, and never turn their backs on each other. Along with his wife Tricia, cousin Precious, and son Doughboy, JJ and the entire Memphis Street Outlaws team take on every challenger from across the country that comes their way – driving in real steel-bodied cars like their grandfathers and great-grandfathers drove.

Memphis owns its own style of street racing, with street racers going head to head on real asphalt. 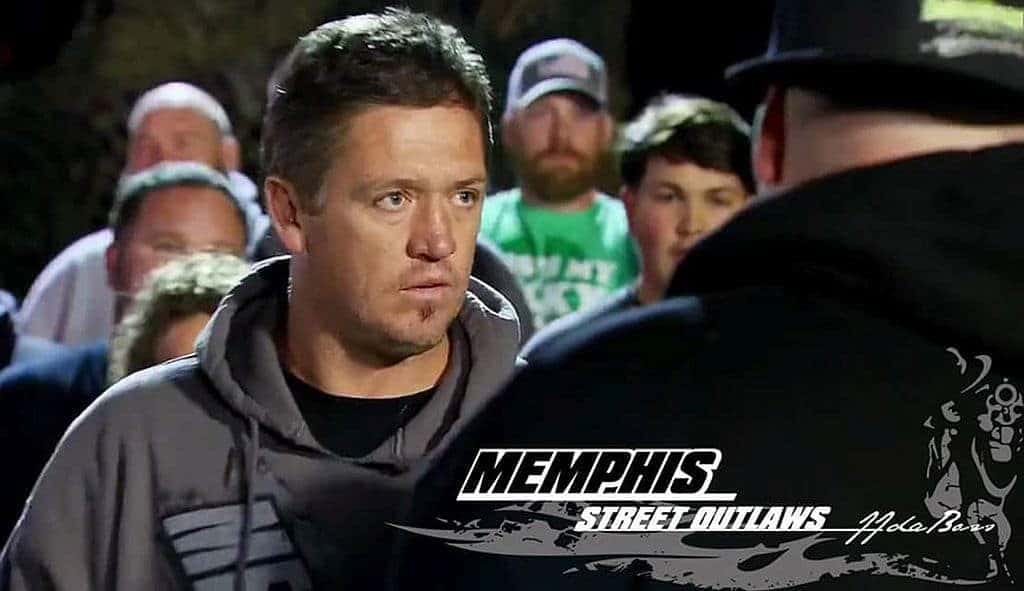 Newsweek posted the news of a new lawsuit, filed in federal court in Tennessee by Chad and Genny Larkin. The suit alleges JJ Da Boss assaulted them with the intention to cause great bodily harm. The couple was allegedly being filmed for a coming episode of the series so that lawsuit drama may play out on-air.

JJ Da Boss has eleven children and five grandchildren. He is married to Tricia Day aka “Midget” who races on the streets with him.  She is not the mother of all eleven kids. That is another JJ Da Boss mystery.

My Dad, My Mom, My Son, My Daughter, My Dog, THANK YOU LORD for my life. JJDABOSS #STREETRACER #JJDABOSS #MSO #FAMILY

Who is in his crew?

“Those are the guys that I grew up with my whole life, that we walked the gravel roads with, that we went hunting together. We went fishing together. That I went to elementary school with. You know, Dennis Bailey, Don and Jamie, I’ve street raced with them for approximately a couple years. They wasn’t lifelong friends.”