The actor appeared on the British star's US chat show last night. 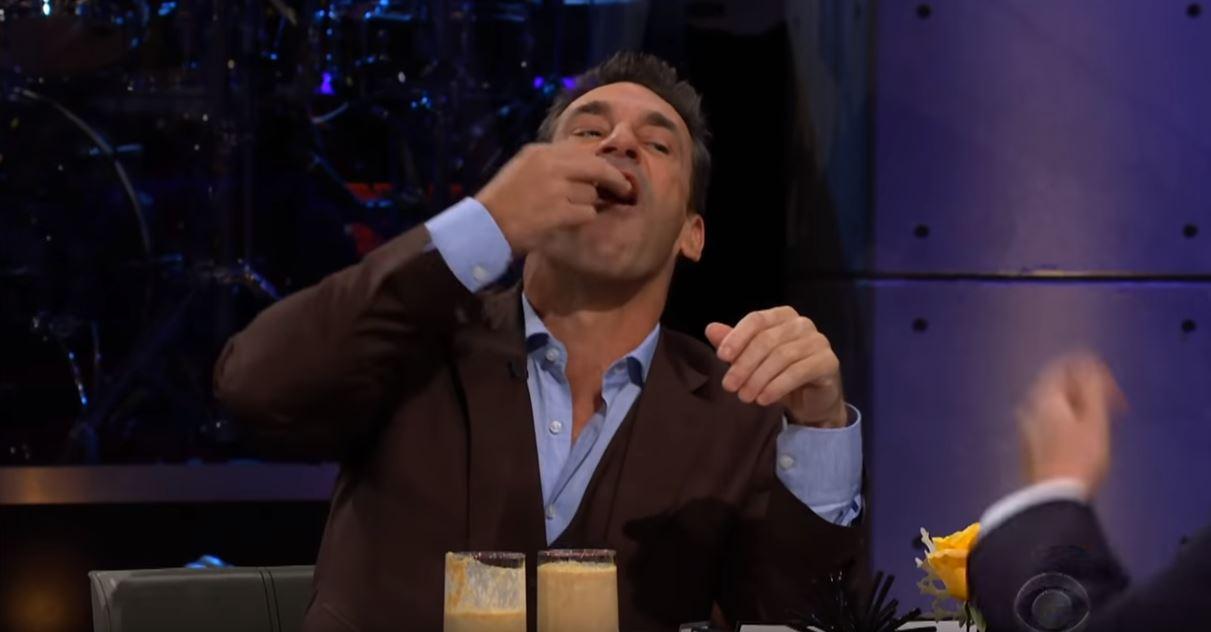 Jon, 47, has been the subject of fascination for years after he was repeatedly pictured seemingly not wearing any pants underneath his trousers.

The Mad Men star's private parts soon earned the name 'Hammaconda' from his fans – and James addressed the topic during their chat on The Late Late Show.

Playing a game of Spill Your Guts or Fill Your Guts, which sees guests forced to choose between eating gross food or answering personal questions, James asked Jon about his much-discussed body.

Offering the hunk a bull's penis to eat, James admitted that he had a "very apt question" as he asked: "Jon, there's been a lot of talk online about what people refer to as The Hammaconda. 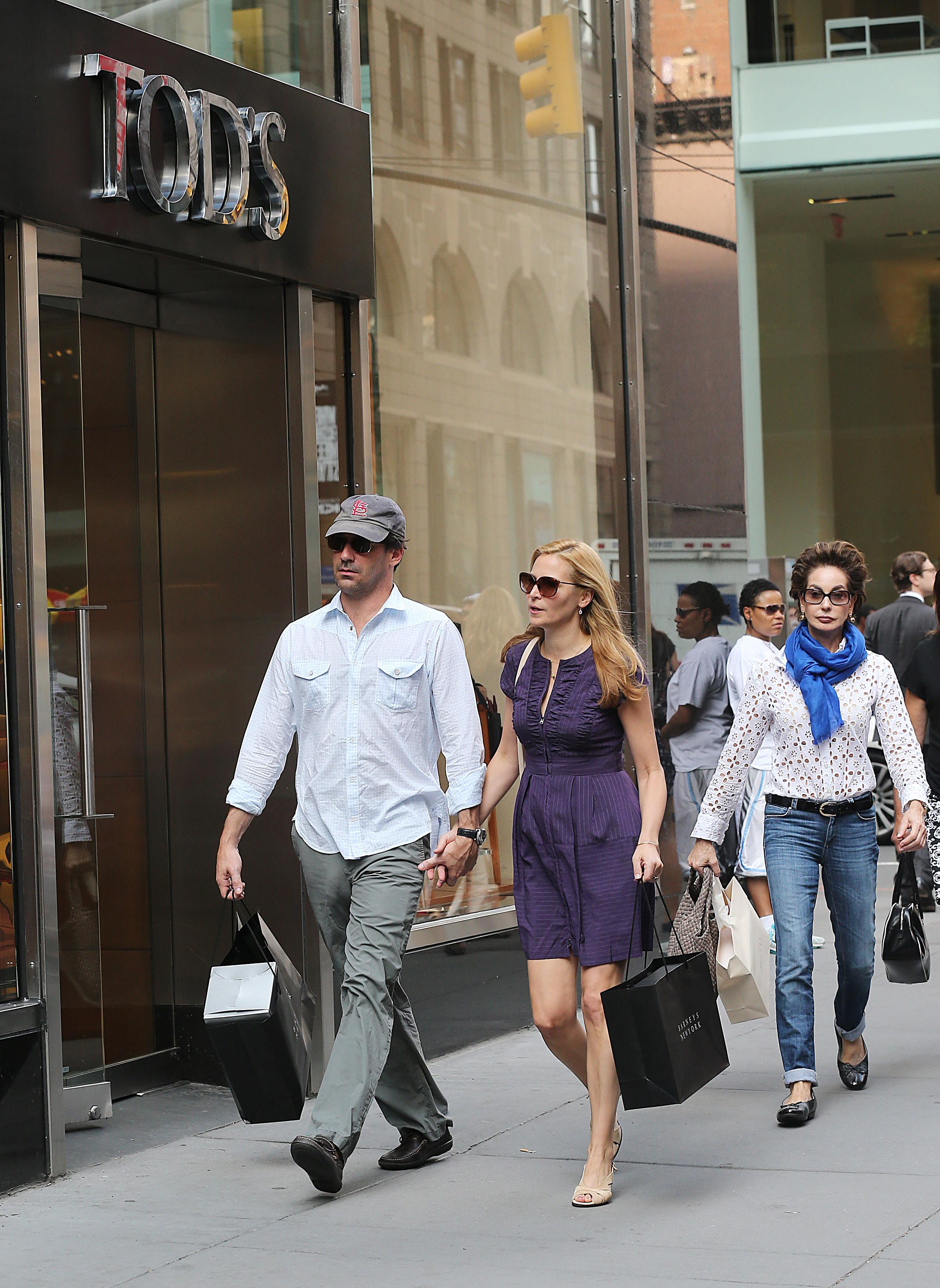 "Show me with your hands, how big The Hammaconda really is."

At first, Jon smiled before looking stern and feigning offence as he gasped: "First of all, how dare you!"

But James refused to give up – spreading his hands and slowly bringing them closer together as he told the star to tell him when to stop. 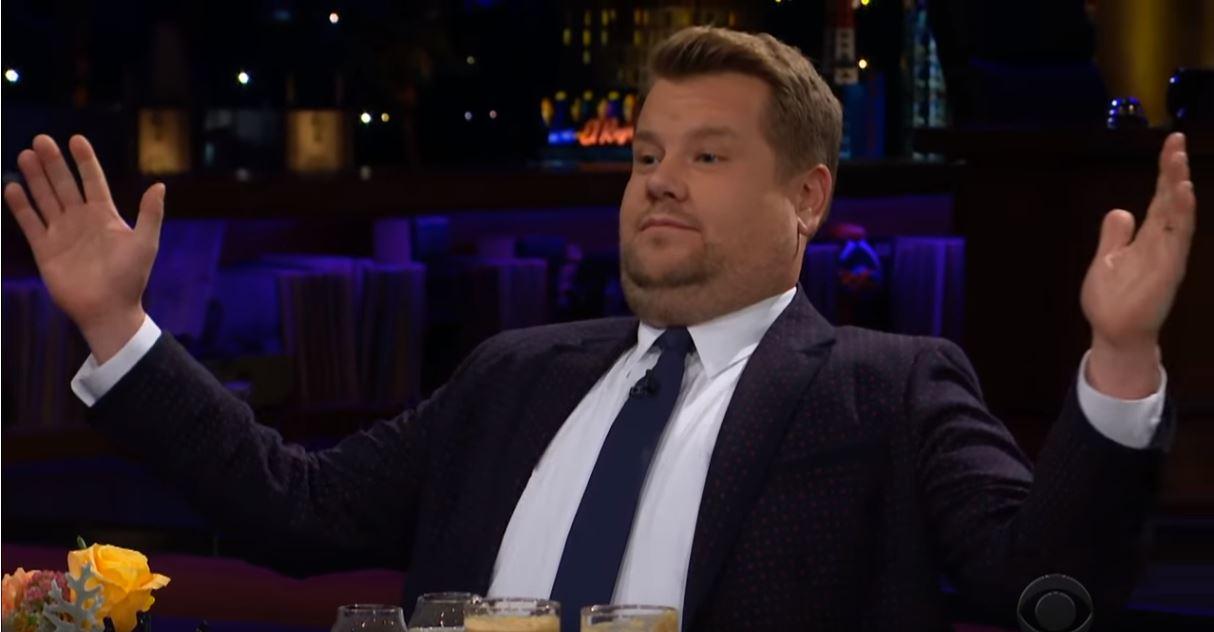 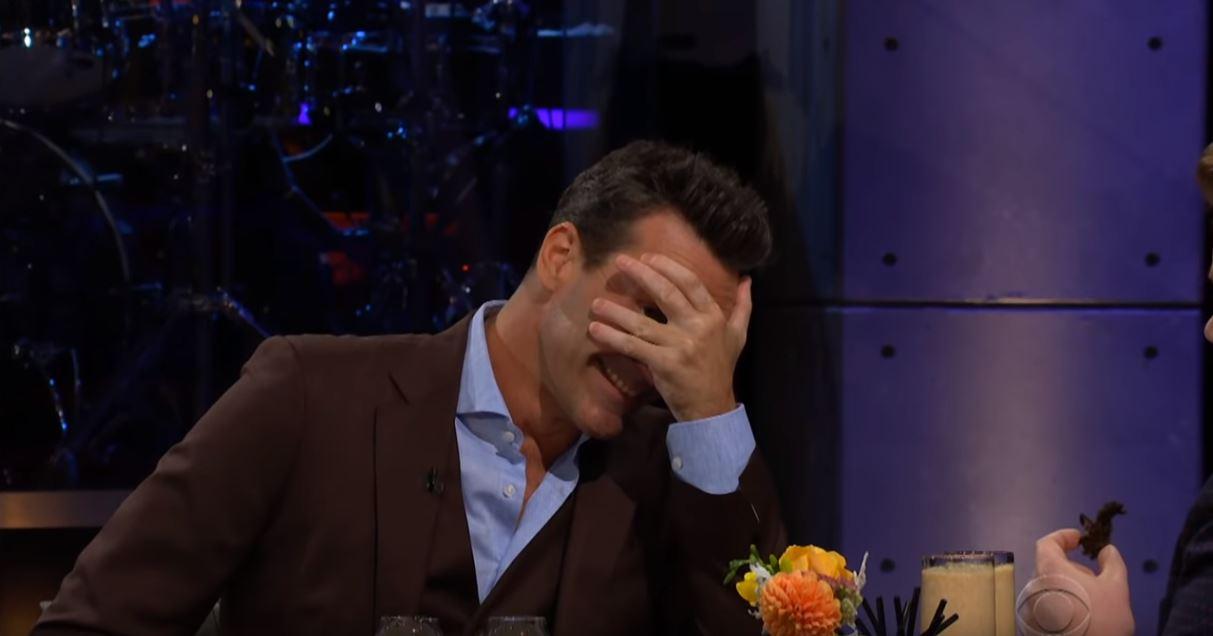 Jon quipped "about 15 minutes ago" in response.

James continued to encourage Jon to answer the question – telling him that his mum was in the audience and she "only came because she wants to find out how big The Hammaconda is".

With a cheeky wave to the host's mum, Jon picked up the bull's penis and started to eat it – to the shocked cheers of the audience.