John David Duggar wedding date: When will the Duggar son tie the knot? 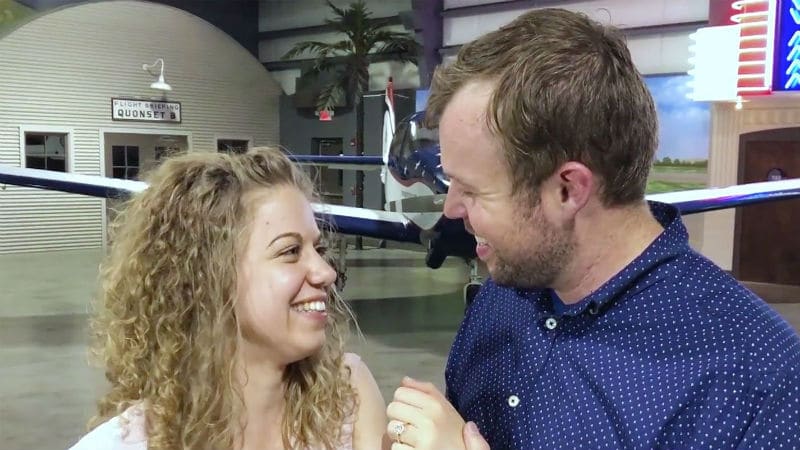 John David Duggar has moved fast toward marrying Abbie Grace Burnett. Their courtship was announced back in June and since then, they have moved on to an engagement. Now, everyone is wondering when Duggar and Burnett will be tying the knot.

According to several media outlets, John David Duggar and Abbie Burnett will be getting married in less than a month. The date is set for November 3, which is coming quite soon. When the Duggars want something, things tend to move faster than what some might expect.

It has been less than six months since Josiah Duggar married Lauren Swanson, which means there could be some competition about who will get pregnant first. They will be the only two married couples who have not yet had their first child. It seems to be a Duggar tradition for pregnancy news to follow soon after a wedding.

The soon-to-be-married couple has kept a low profile over the last few weeks. Details about their wedding have been scarce but the popular Duggar news page, Life is not all pickles and hairspray, received a copy of the invite from a source.

While it was made clear the wedding will not be in Arkansas, the location is being kept under wraps for privacy reasons. Duggar fans are speculating that John David and Abbie will be tying the knot in Oklahoma. That is where she is from, and since she is likely moving to be with her husband, a wedding at home makes sense.

Amazon and Bed, Bath & Beyond hold the registries for the couple. Of course, people from all over have looked up what the couple registered for in regards to their wedding. This time around, John David Duggar is receiving much less criticism that his sisters did for what they had on their lists.

With the nature of how private everything is for John David Duggar and Abbie Burnett’s wedding, there likely won’t be any mishaps with guests sharing photos or confirming the location at all. That happened back in June when Josiah Duggar was marrying Lauren Swanson, but their date had been kept secret.

Duggar fans are happy for John David and hope that his moving on means that Jana Duggar may find her special someone too. Everyone is obsessed with his twin sister getting married and his decision to tie the knot and move on has put the pressure on Jana even more. At this point though, she is still waiting for the right one to come along.

There is a lot happening in the next few weeks for the Duggar and Burnett families. As time passes, things will fall into place. Fans are looking forward to what the next chapter brings for John David and Abbie, especially if it will be showcased on Counting On like his siblings’ weddings were.

Counting On is currently in between seasons but is expected to return to TLC later this year or early 2019.