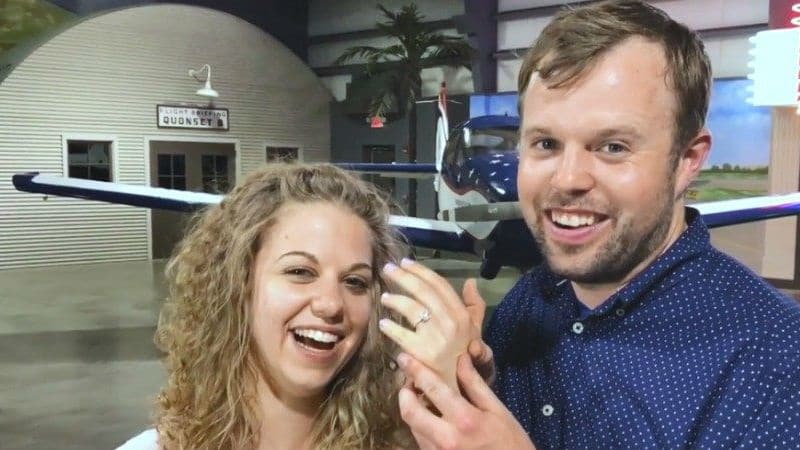 John David Duggar and Abbie Grace Burnett have been heavily focused on since they announced their courtship in June. Duggar fans have anxiously waited for John David to find someone to marry and now, that is exactly what has happened.

Shortly after the courtship was announced, John David Duggar proposed to Abbie Grace Burnett. It was a whirlwind romance and with that came a wedding date. It was speculated weeks ago that the two would wed this weekend in Oklahoma.

It has been confirmed that Abbie Grace Burnett is officially Mrs. John David Duggar. The two tied the knot on November 3, the projected wedding date all along. While the details are still scarce and photos won’t be shown for a while, Duggar fans are already chomping at the bit knowing their wedding will be televised on Counting On.

On November 20, the TLC GO app will allow viewers to watch the wedding preview. If that isn’t an option, TLC will be airing the John David Duggar and Abbie Grace Burnett wedding special on November 27.

All of the excitement from John David Duggar’s wedding has brought Jana Duggar back into the spotlight. Now that her twin brother is married and presumably on his way to start a family of his own, what will become of Jana?

As the rumors begin to circulate about when John David Duggar and Abbie Grace Burnett will start their family, Counting On fans will be looking forward to the next season of the show coming back. When it ended last season, Abbie was just being introduced to the show.

Counting On will air the John David and Abbie Duggar wedding special on November 27 at 10/9c on TLC.