The pair wore terrifying costumes to film a special edition of Celebrity Juice. 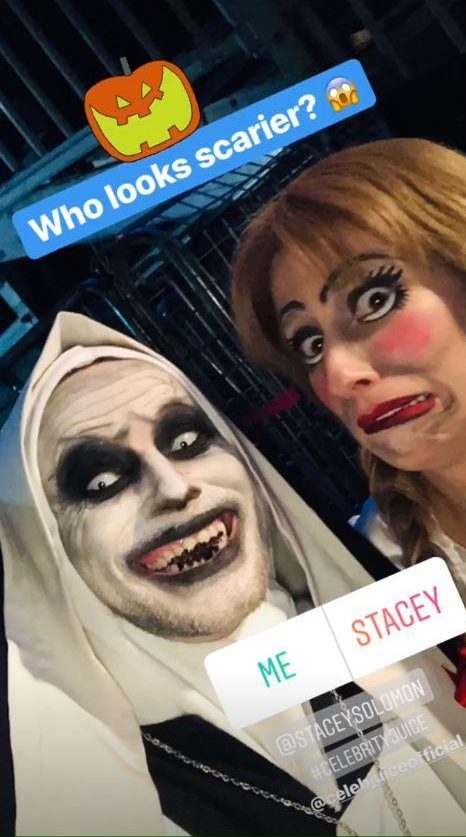 Joe dressed as a demonic nun with a white painted face, black eyes, a habit and gnarled black teeth.

And Stacey went heavy on the slap as they posed on social media asking fans "who looks scarier?"

Earlier, we revealed Joe's upcoming stint on I'm A Celebrity: Extra Camp has been thrown into jeopardy after his passport and clothes were stolen from his car.

He also posed on Instagram with co-stars including Gino D'Campo, Richard Blackwood and Keith Lemon. 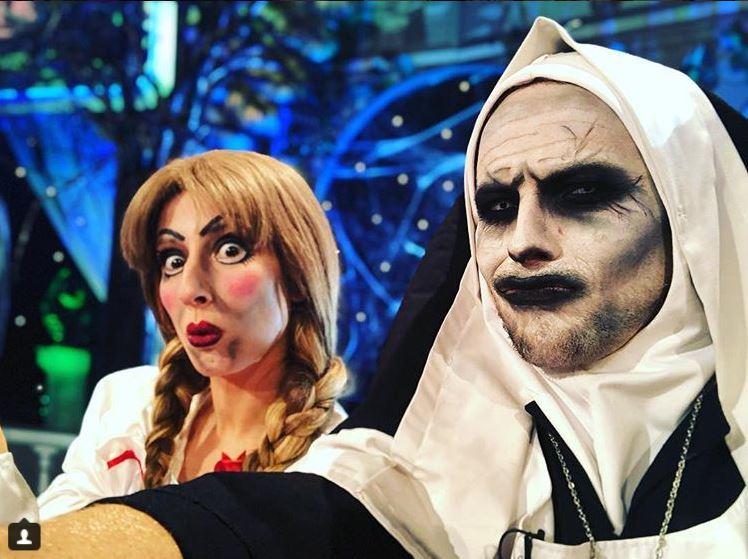 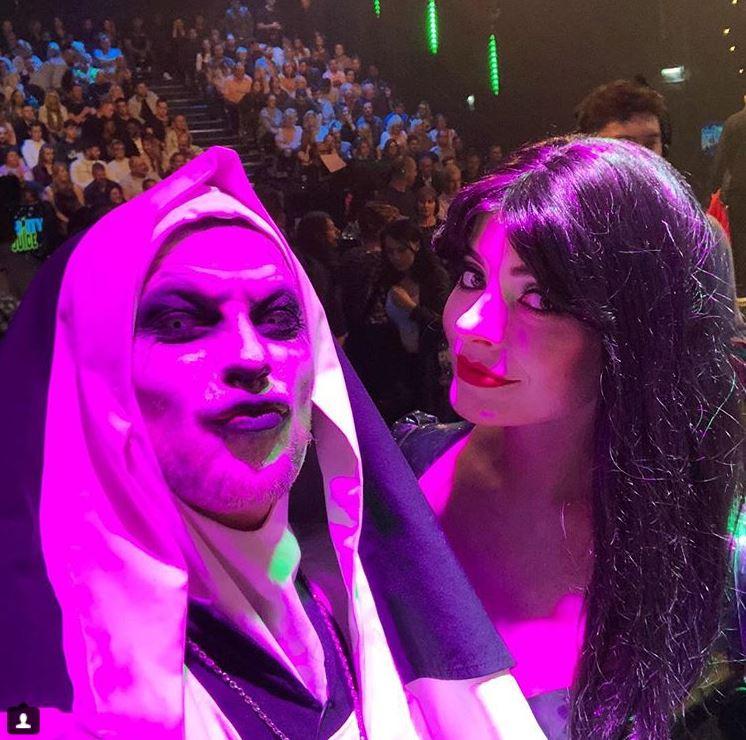 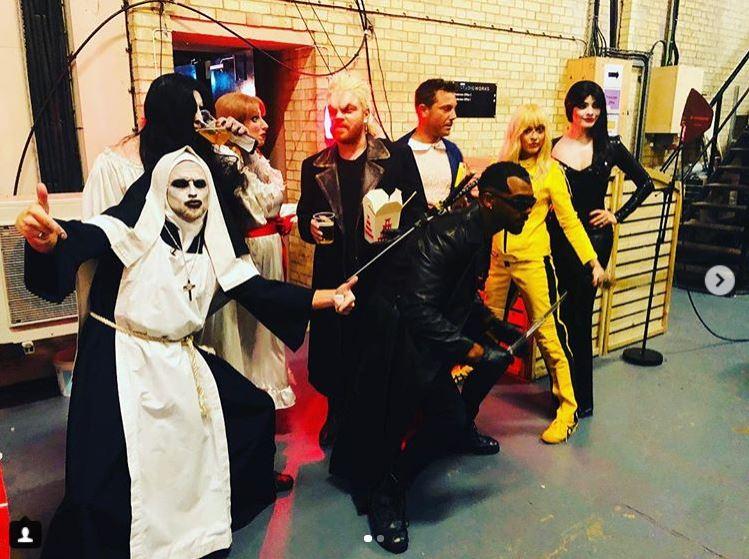 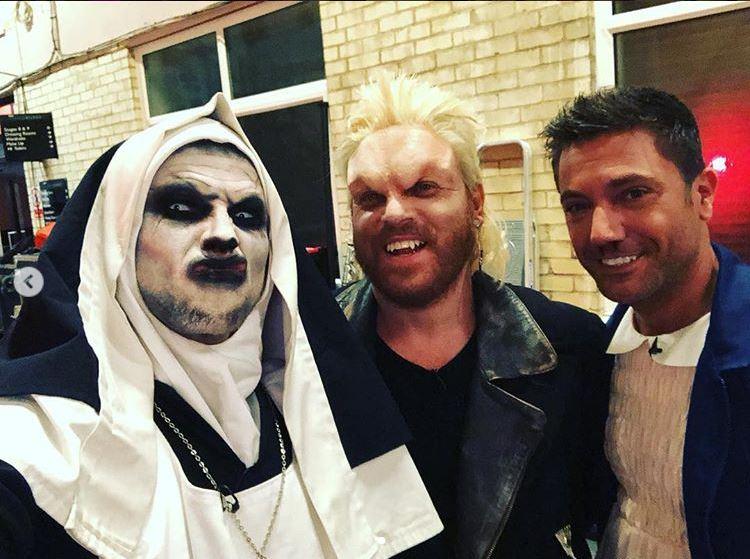 Holly Willoughby wowed in a plunging latex dress as she channelled Morticia Addams.

The slinky dress clung to every curve and made Holly a dead-ringer for the iconic character.

The plucky presenter was put through her paces on tonight's Celebrity Juice.

She screamed in terror as she was blindfolded and forced to lick an unknown substance on the show.

Tweeting yesterday, Joe revealed that his car was broken into as he took his 11-year-old son, Harry, go-karting for the day.

Begging for his passport and son's school project to be returned, Joe wrote: "To the boys who robbed my car whilst I was go-karting with my son, it is all over CCTV so please could you return my passport."

Earlier it was confirmed that Joe is set to head down under to return as the presenter of Extra Camp.

The star will once again be joined by Scarlett Moffatt and Joel Dommett.