JODIE Comer is back as super chic Villanelle as Killing Eve films a beach showdown in Margate for the final season.

The 28-year-old actress has played the stylish assassin in the BBC drama since 2018 opposite Sandra Oh, who is the titular Eve. 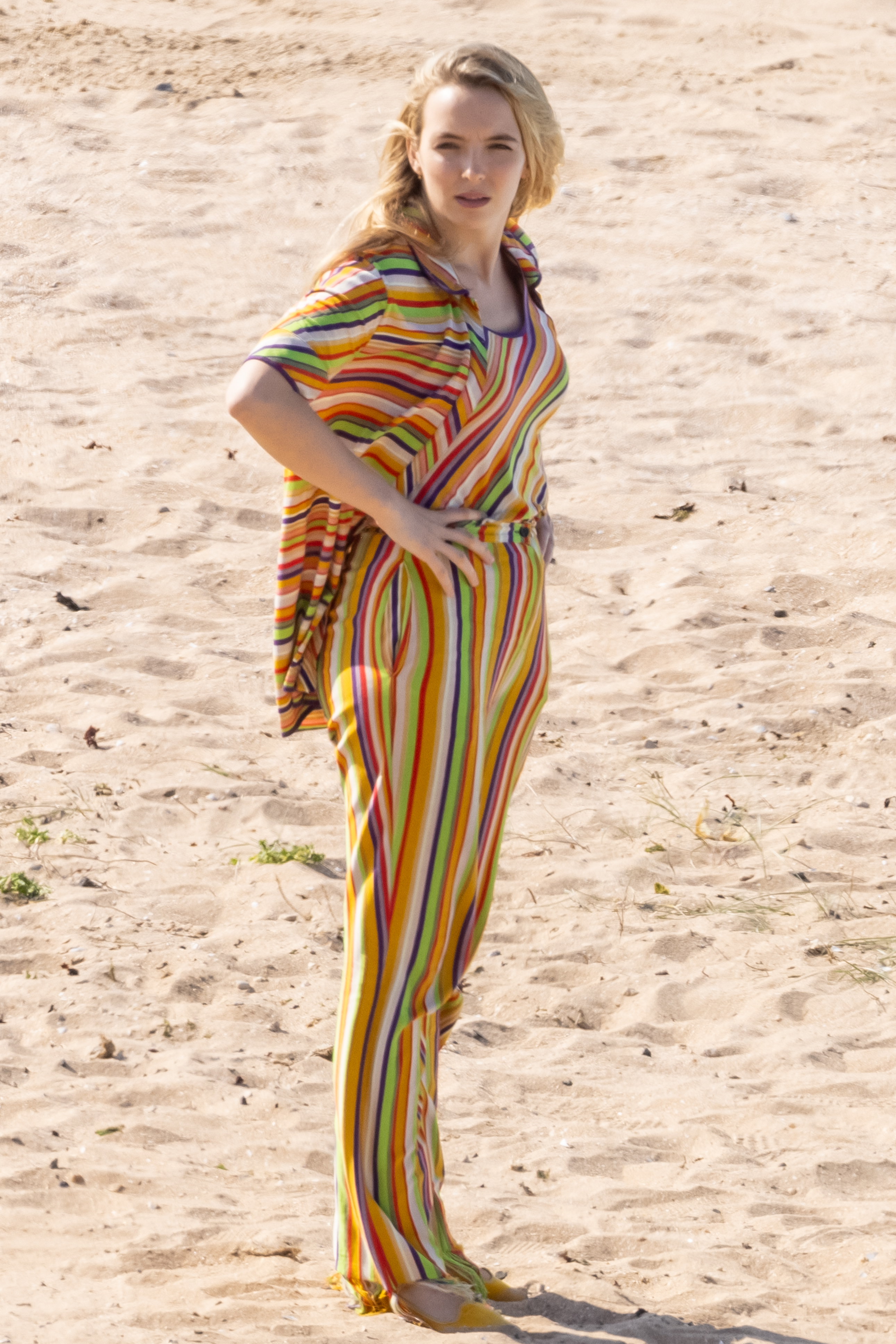 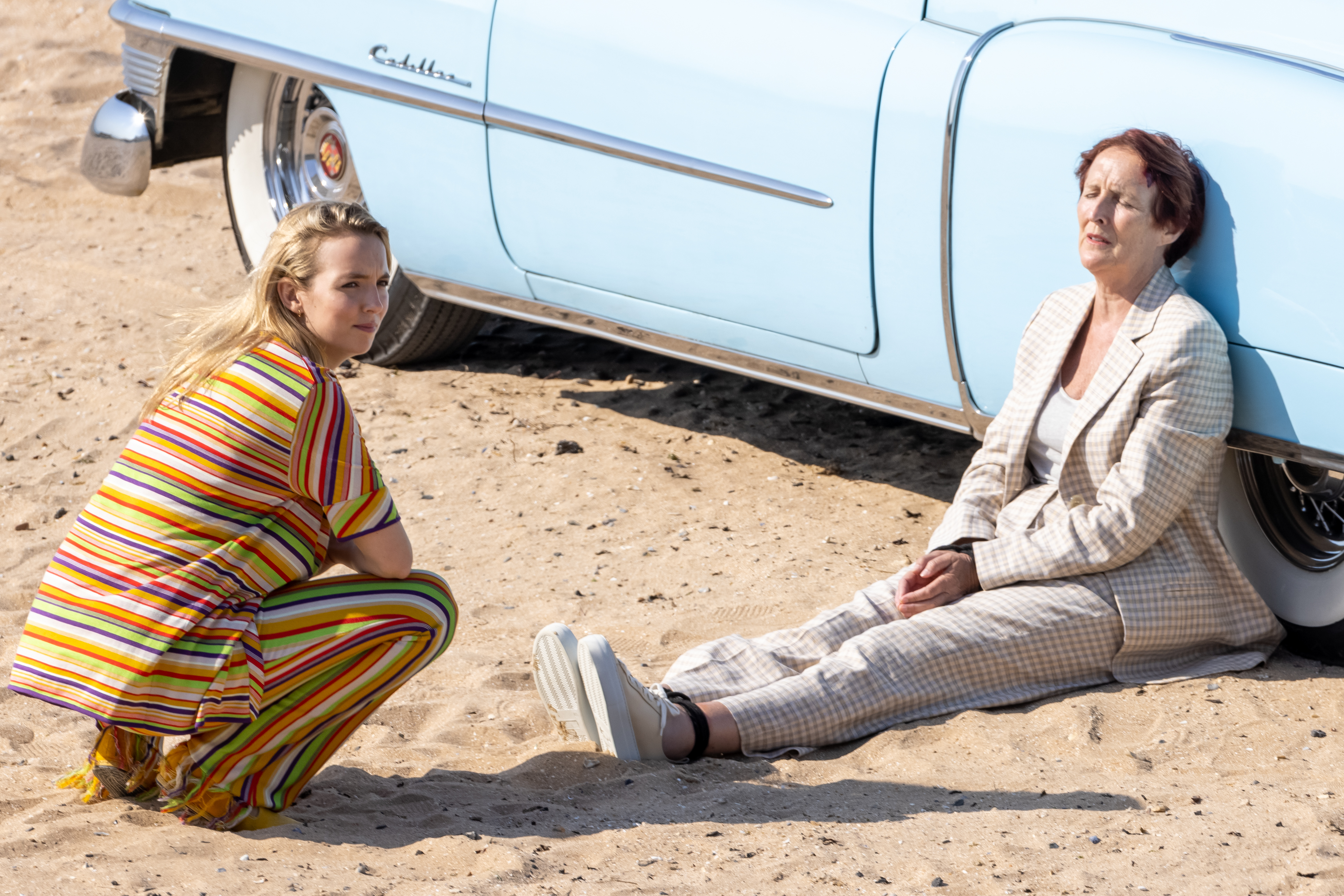 On Monday, Jodie was seen back in character for the first time as filming for the fourth and final season got underway.

While to date the show has filmed in locations all over Europe including Paris, Tuscany and Berlin, the first scenes of season four were filmed in Margate, Kent.

Jodie wore a colourful striped ensemble which consisted of matching top, trousers and short sleeved jacket, which was perfect for the hot weather.

Meanwhile Fiona sat on the sand in a gingham suit and white top as she leaned up against the side of a blue convertible.

In between takes, Jodie protected herself from the sun with a large umbrella and also wore a face mask in line with Covid-19 health and safety regulations.

Season three of Killing Eve ended with Villanelle and Eve deciding to "walk away" from each other once and for all.

The pair – who have had sexual tension between them since the very beginning – stood back to back on London's Tower Bridge and agreed to be apart from one another and "never look back".

However, both women ended up turning back to look at one another, meaning their unfinished business continues.

Meanwhile, Villanelle could have it in for Carolyn after she rejected her offer to become an MI6 agent. 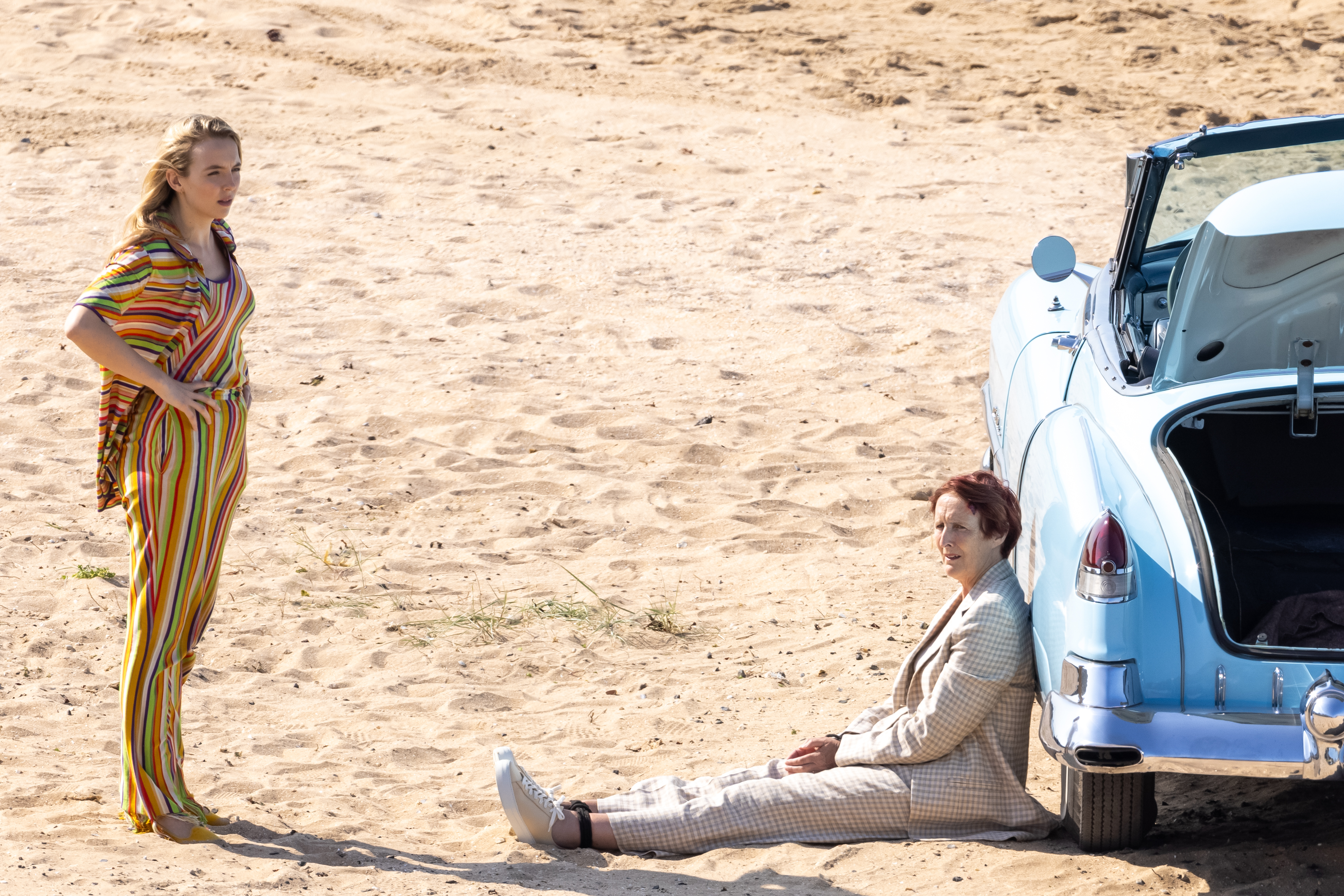 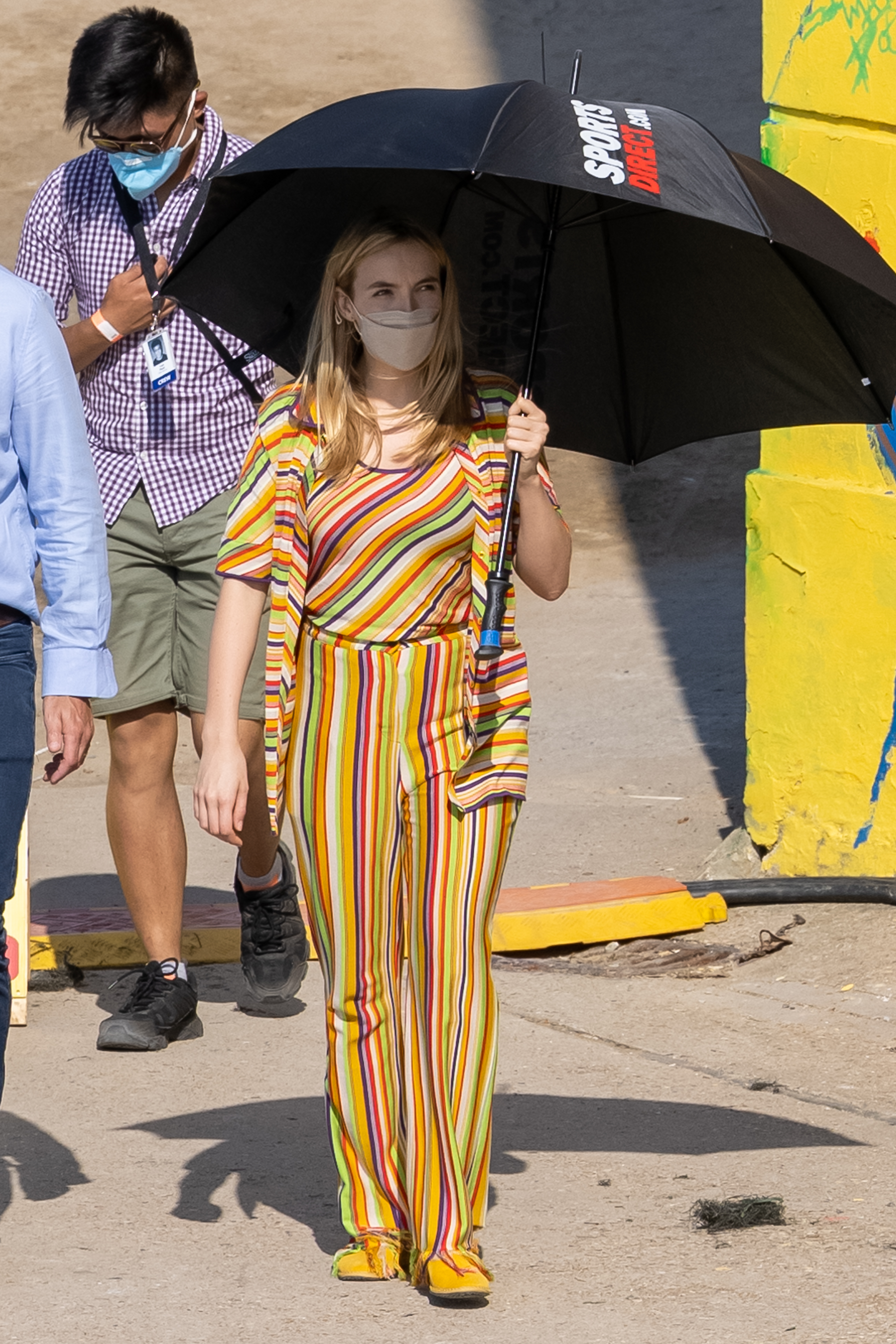 Killing Eve seasons 1-3 are available on BBC iPlayer, with season four premiering in 2022.